Having played around Saturday in the quilt shop, it was time to get down to business ... no dilly-dallying ... and finish washing the rig!!  When I went outside at 7:30, it was 45 degrees and foggy.  Maybe I'll wait an hour or so until the sun comes out.  By 9:30 there was still no sun, but it was up to 52 degrees, so I went to work.  I figured climbing up and down that ladder would warm me up.  There is one good thing about hand washing ... you get an up close view of problems that are occurring.  It appears the awning track is pulling further away from the side of the rig.  I really need to get this fixed as soon as possible.  I also found a cotter pin sticking out where it shouldn't be, so today I'll open the awning and climb up to see what that's all about!!  She definitely will need a good wax job when I get to Quartzsite ... maybe TWO!!

At any rate, I finished in 3-1/2 hours and she's clean as a whistle.  I'm pretty sure that won't last long, but at least I have pictures to prove it!!  I think I spent an hour on bug guts on the front ... I don't know what those Texas bugs eat, but they were BIG and literally had to be scraped off one by one!!

Of course this morning, I'm a little worse for wear ... it was a three aspirin morning!! 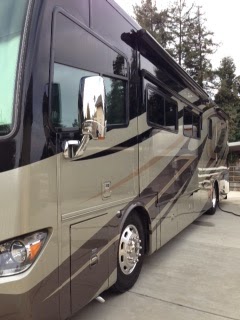 While consoling my achey self with a little English Toffee last night, I tried to keep my fingers from freezing up by cruising the internet.  I don't have a small heater to keep the chill off when traveling in colder areas.  The big unit on my rig works great when you are awake ... but if I want to sleep at night, I leave it off.  It sounds like a jet taking off in the living room.  I can shut two doors, which muffle the sound perfectly ... except no hot air gets into the bedroom, unless I'm ranting about something to the puppies!!  There are several small gas varieties out there, but they require an inside gas connection that I'm not willing to tackle, even though it would definitely be helpful when dry camping.  For the time being, I found this 24"x12"x8" infrared quartz heater at Northern Tools.  I'm hoping this one will fill the bill.  It has two settings, a reasonable low and a screaming high that will only be used when plugged in to electricity.  I'll let you know how it works!! 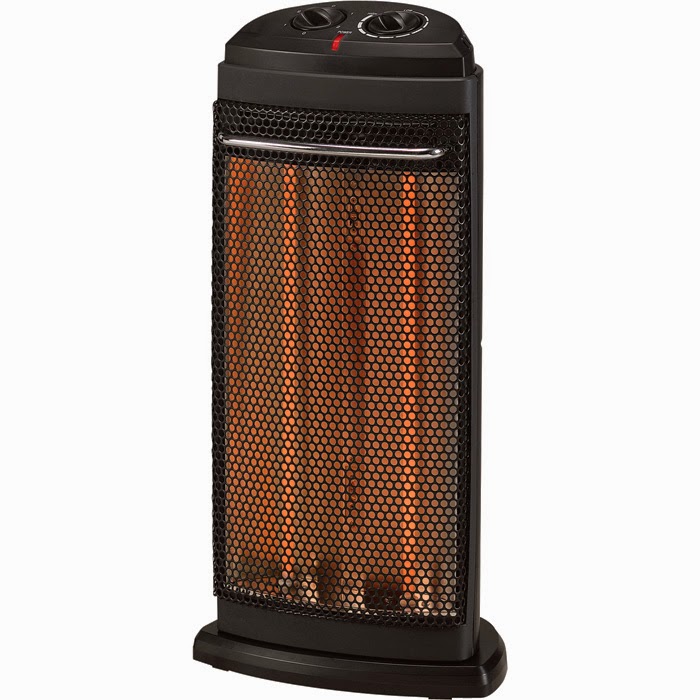 Now to get the oil and filter changes scheduled ... somewhere ... then it's restocking the fridge and cupboards for the winter trip!!  I'm already getting Road Fever!!!
Posted by Nancy Kissack at 6:53 AM