Merry Christmas To Me!!!

Since everyone else seems to have jumped on the bandwagon and skipped Thanksgiving altogether, I figured I might as well do the same.  I didn't have much choice in this case.  When Christmas DOES come, I'll be broke!!!

I'm sitting in this very nice brand new service center waiting room while my truck is in surgery.  My 2005 diesel 3/4 ton started right up upon my return from the latest six month trip.  I didn't go far, just to the pumpkin patch around the corner.  The next time I jumped in to the drivers seat and turned the key .... nothing!!  When I hooked up the charger, I discovered I have not one but TWO batteries!!  Who knew??  After a couple of days it charged just enough to get me to the Truck Doctor.  As I sat reading on my phone, Tim came in and said they tested bad and had to be replaced ... $300!  AND I was due for an oil change ... $385.  It was then I remembered the parking light bulbs needed replaced ...  add $50.

While I sat there, Tim came by once again ... air and fuel filters.  I'm fully aware that they try their best to sell you stuff you don't "really" need ... so I followed him to the shop to see for myself.  Even after banging the filter on the floor several times, it was a hot mess.  I checked my records, and sure enough the fuel filter was due also.  Okay ... just don't tell me how much money ... I don't want to know!!!

Back to reading in the waiting room ... and here came Tim again.  I held up my hand and said STOP!!!  GO AWAY!!  I DON'T WANT TO KNOW!!  You have a bad wheel bearing.  Dang it!!!  Yes I do!!  Last year the service manager at another dealership (my ranch house renter) told me the same thing ... and now it's much worse!!  In fact, even though I agreed with him, he insisted I follow him to the service bay again and see the damage.  How much for THAT???  Yikes ... I wish he hadn't told me ... $800.  What do you want for Christmas little Nancy??  A new wheel bearing for my truck!!!  Merry Christmas to me!! 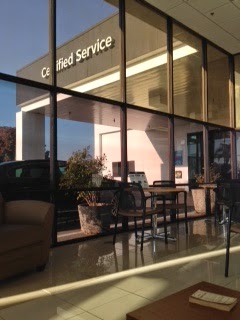 Three hours later I was out the door with a $1485 charged on my credit card.  Had I known THIS was going to happen, I wouldn't have bought those pieces of jewelry at Richardson's Trading Post in Gallup!!!  I was all set to take this quilt top and one other to the store in Sonora for quilting.  Maybe I'll wait until next months check!!!  Jessie thought it was very nice and claimed it immediately, only sitting on the very corner in the hopes I wouldn't chase her off!! 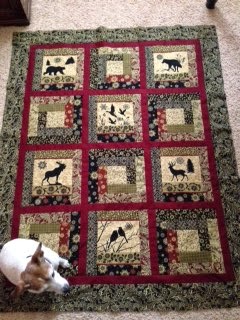 As she gets older, Jessie Belle gets clingier ... every time I sit on the couch, she becomes glued to my quads!!  She really is a sweetheart in spite of herself!!  I'm glad that kitty climbed the tree in Green Bay Wisconsin, keeping Miss Jessie in one spot until I could catch up with her!! 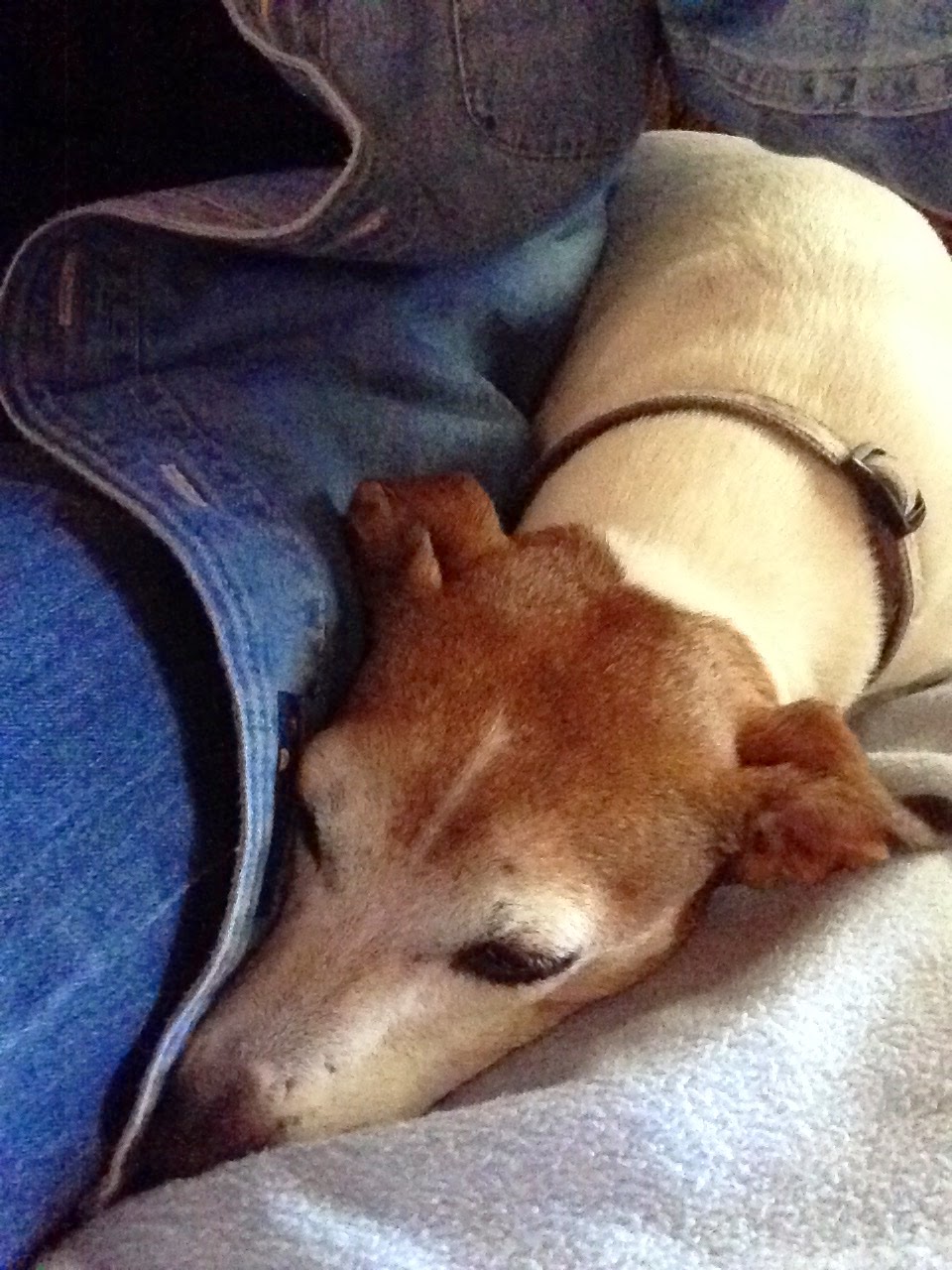 I think I'll go for a ride in my truck today ... so I can play with my new Christmas present!!