I'm running the gamut of seven dwarfs this morning as I try to recover from a night in the Magic Kingdom of Elks Bingo.  Yesterday started off nice enough with the dogs not jumping on me until 6:00 am.  That was a fairy-godmother moment as I got in another thirty minutes of frightening nightmares, making me Miss Grumpy right off the bat!!

About that time I remembered my leftover corned beef hash, putting a big smile on my face.  Reheated with an over-easy egg on top and I was in heaven.  There's nothing like a WONDERFUL breakfast to get a great day started!!

Full of energy, I spent about three hours unloading the belly of the beast and reorganizing the contents so my new barbecue would fit in the motorhome.  Out with the tables and remnants of the FMCA rally in Indio and in with ...... nothing!!  You can actually see all the way through to the other side!  That made me very HAPPY!!  I even gave myself a high five when the BBQ actually LIT and flames began to heat up the grill.

It didn't take long however, to remember I needed to jump in my Chevy chariot and head on down to the Magic Kingdom.  I'm not sure what's in the air ... mold probably ... but that's when the sneezing fits began.  Or maybe it was all the stuff I sprayed on my cloth seats to remove the stale air from my truck ... something like my house!!  Sneezy continued for over an hour!

The night began rather slowly at 4:00, ending in a crush of peasants trying to get their Bingo cards before the games began at 6:30.  We slogged right through trying not to become Grumpy again.  Prince Charming received a large plaque for being .... well ..... Prince Charming, which caused lots of clapping and HAPPY players.  The rest of the night we sat at our table, told jokes and generally had a GREAT time!! 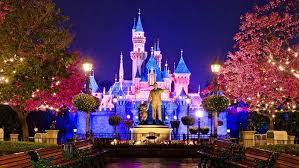 The infernal machine, better known as the black box, worked it's magic and ended up two dollars short.  That's nothing short of a miracle, at which time we all had another round of celebration!!

By now, I'm in Sleepy city.  It's WAY past my bedtime and I can't stop yawning.  I made it home just in time to be wide awake for the next hour so I could think about how bad I felt.  Between the hot dog and the brownie, I wasn't faring well.

In spite of all the stomach soothers I took, it's not much better this morning.  So Grumpy is going to turn into Sleepy so I can be Happy when I drive two hours to my Tax Accountant appointment this afternoon, at which time I have no doubt I'll be extra GRUMPY!!!  There's nothing like writing a big check to the King of the land so he can give it to all the peasants for doing absolutely nothing!!!

Signing off now ...... Grumpy ... but Happy because I have leftover corned beef hash!!

Posted by Nancy Kissack at 7:08 AM