I wasn't supposed to complain any more, but sometimes you just run into people who should be knocked upside the head.  Such was the case yesterday.

As I've mentioned before, with the last update downloaded, my iPhone runs so much stuff behind the scenes that the battery won't even last five minutes before I have to charge it again.  Sometimes the battery indicator is in the RED zone, yet when I plug it in, the indicator will say 50%.

I went to my AT&T provider to discover my model has the battery built in (not replaceable) and I'm authorized for an upgrade.  YAY!!  It will cost me $800 for the phone and I will forever lose my unlimited EVERYTHING.  BOOOOOO!! 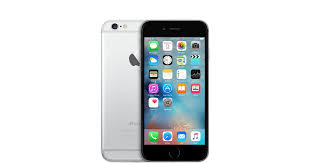 Back home, I called the Apple Store (an hours drive away) while I laid on the counter in order to keep it plugged in.  Come to find out, the 64g phone will STILL cost me $800.  There is a less expensive 16g, which I currently have with practically zero storage left and a 32g (perfect) but they discontinued it so you would buy the more expensive 64g.

DANIEL took my order and my credit card number.  Before we hung up, I was getting calls from my bank.  When I asked for an appointment, he transferred me to Apple Care.  That was his SECOND mistake.  Nice as they were, after 20 minutes I found out Apple Care doesn't make appointments.

Now being bothered by MORE phone calls from numbers I didn't know, I hung up on Apple Care to see what was going on.  The first call was from my bank's Fraud Department.  WHAT??  Yes I did make that purchase ... I wonder why they are calling?

The second call was from Apple somewhere in Texas ... that's not suspicious, right??  I wasn't giving him ANY information!!  He asked if I made that purchase, giving me all the specifics.  Why yes, I did.  Why is everyone calling me??

DANIEL had put my mailing address down as Allen Street, Memphis Tennessee.  Now where in the world did he come up with THAT information??  No wonder I was getting phone calls.  My ears perked up immediately, with FRAUD ATTACK ringing in them.

Back on the phone (now 2 hours later, most of which was spent on hold), still no one could change the incorrect address, but Deshawn confirmed that the phone was at the appointed store and I could pick it up today.  Needless to say, they are going to get an earful that I hope gets relayed to DANIEL!!  There's no excuse for that kind of mistake ... what if he sent my phone to Tennessee??

Yes, this is all ridiculously expensive and time consuming, but when you have an unlimited everything account with a 17% government discount and a bill of $60 a month, you fight to the death to keep it intact!!!  It's my portable computer that lives in my back pocket and I'm too old to change my ways!!  I figure $16 a month, assuming the phone lasts four years like the last one, plus $60 is still a deal!!!

Now if I can get them to transfer everything over to the new phone, I'll be a happy camper, assuming it's actually THERE!!  Wish me luck!!