Oh my goodness .... it is damp and cold in sunny California.  Don't listen to the weather guessers ... it is not all warm and happy in the Golden State.  This morning it's 35 degrees with a nice coating of frost, making it look like it snowed. 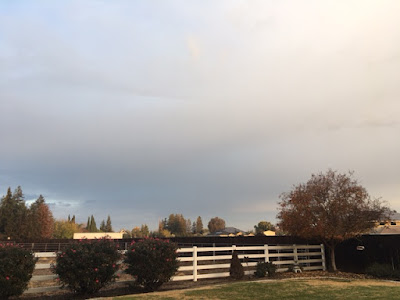 The next you can't see past the roses.  This stuff didn't go away until late in the morning, meaning I was wrapped in a quilt all morning long.  I discovered if I wear my ski socks, I'm actually much warmer without turning the heat above 68. 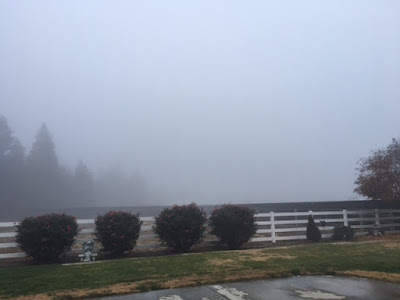 I am surprised however that my solar is still working hard.   I knew December would be a big downer on my money saving graph, but it's not as bad as I thought.  You can definitely tell what days it rained all day long. 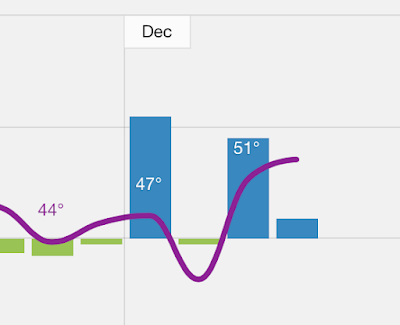 Truly fog is not fun to drive in.  "I" don't have a problem with it because I've driven in it since I was 15, it's everyone else who either drives like it's a 95 degree day at the beach, or those that cruise along at 27 mph.  That's a sure way to get into a big pileup, which is why I stayed home.
I have to say it's nice not to have to comb your hair or get all gussied up for a trip to town.  However, I'm pretty sure I scared the guy in the truck who drove by just as I was retrieving the garbage cans.  He did a double take and almost hit the neighbor's mailbox.  Next time I'll be sure and go out when it's still dark.
That means trying to figure out something to do to keep my brain occupied and NOT sit on the couch all day long.  I do my best not to be a big pile of potatoes, even if the National Finals Rodeo is on.  Instead, I worked on my six lists for the RV rally ... not only what to take, but the recipes for the things I have to cook, and deciding just WHERE it's going to live until I get there.  A big ice chest is a must with such a teeny tiny freezer.
That uncovered things that must be eaten or used up in the next three weeks.  Oh gee ... there are three packages of cream cheese ... and a long lost can of pumpkin.  Another no-bake pumpkin cheesecake appeared.  I won't eat it all at once, although I could ... I'll take most of it with me. 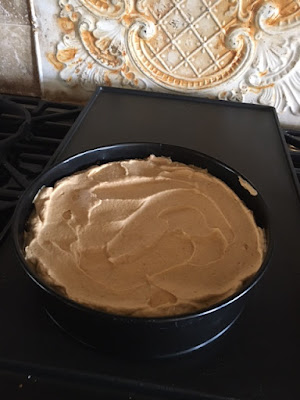 Having spent a few hours scrounging for a piece of border fabric, I located a huge pile of smaller pieces that I purchased .... oh ... maybe ten years ago?  I'm sure I had some very good reason for that, but it escapes me now.  I chopped it all up into black and white piles I will sew together today.  It's always nice to have more room to put more NEW fabric. 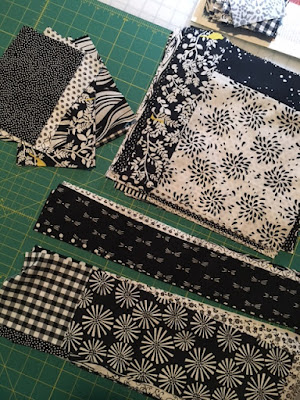 Cooper and I spent the rest of the evening on the couch watching Round 7 of the rodeo.  It was an elimination round again, meaning they ride the meanest of the mean, most of whom have never been ridden before.  Out of 13 bull riders, only three scored, one making half the ride hanging off the side just to get a score.  I think it was something like 63.  A score of 88-90 usually wins.
The news said this was Stetson Wright (#1 in the world), but I think this is Jeff Askey, since Stetson wears a white helmet.  I mean really ... look at that bull!!!  No, he didn't stay on. 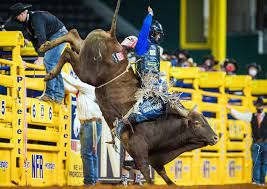 Mr. Cooper slept through the whole thing.  That was good for me, meaning I wasn't on the floor looking for the ball under the couch.  I have to admit though ... Cooper keeps me flexible doing all those contortions to REACH the ball. 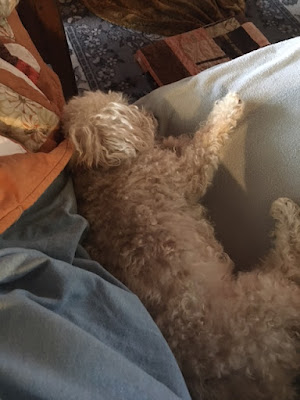 At the end of the day, I always remember the reason for the season.  This is one of my favorite pictures. 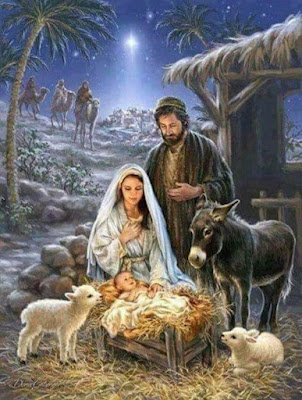 I'm in for another long day at the Elks Lodge, it being Trustee Meeting night, followed by three OTHER meetings.  It's okay ... otherwise I might not get out of the house at all, meaning I wouldn't get to listen to my latest CD in the truck .... turned up loud enough to vibrate the seats!!!!
It makes me want to get out, grab some guy out of his truck and dance in the street.  I'd probably end up in jail.  Okay, I'll turn it down just a tad.
Posted by Nancy Kissack at 6:10 AM