Well I'm back in Tucson!!  Saturday started out terrible!  I had to leave my baby puppies in the kennel at the Vet's office.  I almost cried!!  They were in such distress, shaking and shivering, not knowing what the heck was going on.  To make it worse, they insisted on giving them all their annual shots.  Poor babies ... I'm SO sad.

I'm also never late, which is why I leave early ... too early.  It didn't take the expected hour to drop off the puppies, and even though I drove only 60 mph, I arrived at the airport THREE hours early.  Luckily I found the one parking space available ... the lot was packed!!  It became a waiting game.

Two hours before departure, I went inside and slipped right through security since I received one of the TSA Pre-Check tags ... didn't even have to take my boots off!!  The waiting area was empty.  The voice overhead announced to no one that the gate changed ... twice.  No problem, I just moved over ten seats. 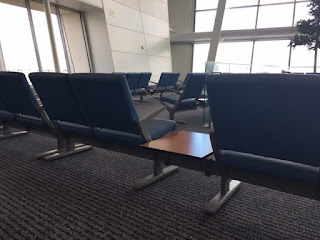 Finally a very nice lady from Casa Grande showed up and we talked until the flight took off.  I don't like flying.  It's on the same list as cleaning my house.  When I was 22 and living on the ranch next to the Merced Airport, a plane crashed and burst into flames as I watched.  I jumped in my car and drove down to help ... it was my neighbor's property and I knew how to get across the canal.

As you can imagine, it was a horrible sight to see as two other guys and I moved the burn victims away from the plane before more explosions occurred.  The pilot died on scene.  I got the name of his girlfriend's family members to call.   Hardest phone call I've ever made.   After a week in the burn unit in Fresno, she passed away.  Every time I get near airplanes, I have flashbacks.

Sometimes however, you just have to suck it up.  On the way out of Fresno, there wasn't much in the lunch department, so I picked up a Starbucks iced tea and some of their yummy banana bread.  I figured to get a sandwich in Phoenix where I changed planes. 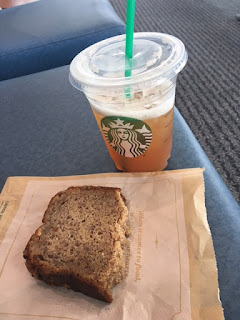 Happily, the flight was uneventful as I sat next to a frequent flyer ... like 2 to 3 times a week!!  She made me feel much at ease and told me where to go to catch my connecting flight.  Kind of hard to tell through the clouds, but the mountains covered with snow were pretty spectacular!! 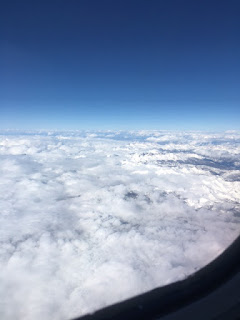 Phoenix was MUCH more crowded than Fresno.  I began to look for food.  Only having 45 minutes to eat, I didn't think there was time for a restaurant. 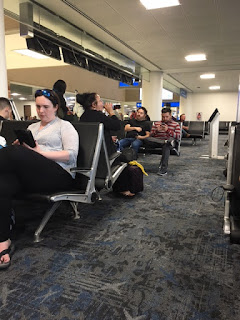 I didn't see any fast food places either.  Maybe the bookstore has some snacks for dinner.  Cheetos!!!  That will work, even though they aren't really diet worthy.  YIKES!!!  $2.49 for a little bag!!  I passed.  Maybe a granola bar would be better.  Good heavens!!!  They were $3.99 A BAR!  I can get an entire box of SIX for THAT price!   Dinner became the package of nuts I brought along in my purse. 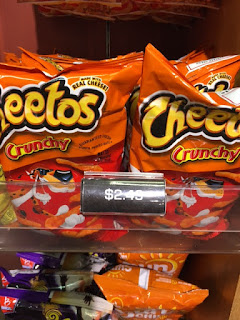 In no time ... 20 minutes after takeoff ... I landed in Tucson, following the crowd out to the street.  That's where Pat, her husband Jim and Patty were waiting to pick me up.  What nice people.  Can you believe they came to pick me up at the airport at 7:30 at night and drove us to Patty's house? 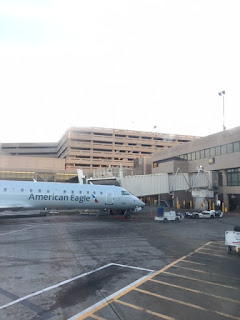 I hit the bed early, but sleep was elusive.  A couple trains came by around 9:30 and again at 4:15, followed by a kitty bell and little feet sticking under my door.   Might as well get up ... maybe I can catch a few winks this afternoon.

We'll be seeing the property around 11:00 this morning, so I'll have pictures tomorrow.  Now to scrounge in the kitchen for breakfast while NOT waking up Patty and Snoopy Kitty.