You just can't beat the desert for spectacular scenery!!  Yesterday morning brought an amazing sunrise, almost as good as the previous sunset. 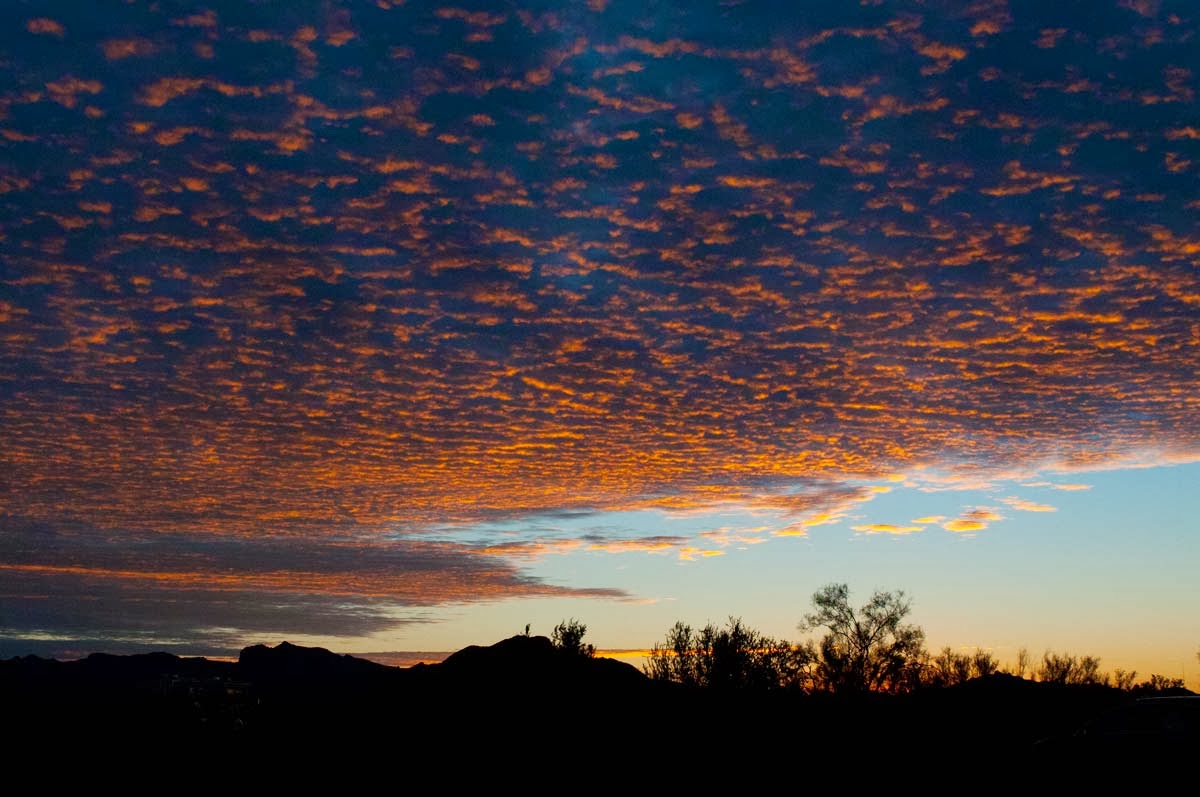 Having checked out the big tent, today was Tyson Wells day.  The rows go from A to Z, so you can imagine just how big this place is.  Prices can go from a few cents for ribbons and knick knacks to hundreds of dollars for artwork.  Some of the more unusual people I've seen in the past, weren't here this year.  Maybe it has something to do with the drug dogs down the road a few miles!! 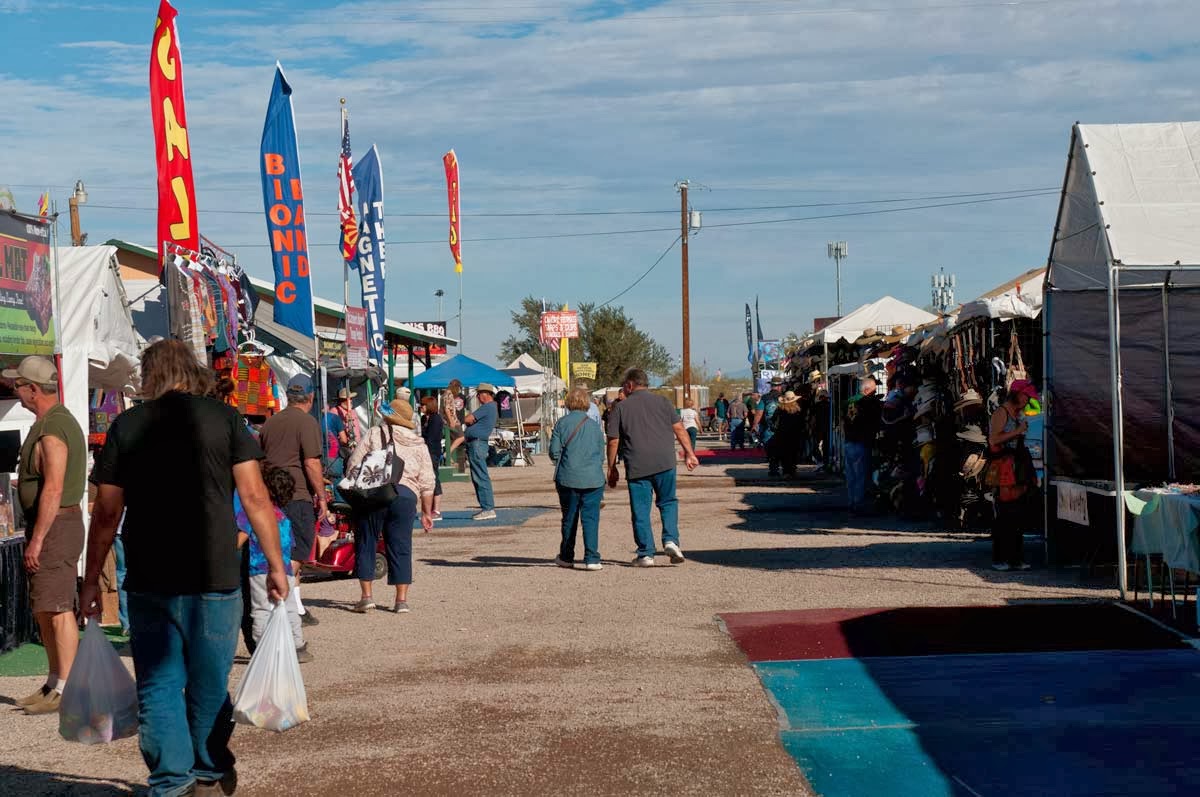 Of course, I'm all about the dogs ... they're much more fun to photograph than the people anyway!!  These two 49er fans are from Southern California ... you can tell because the one on the left has a purple mohawk!! 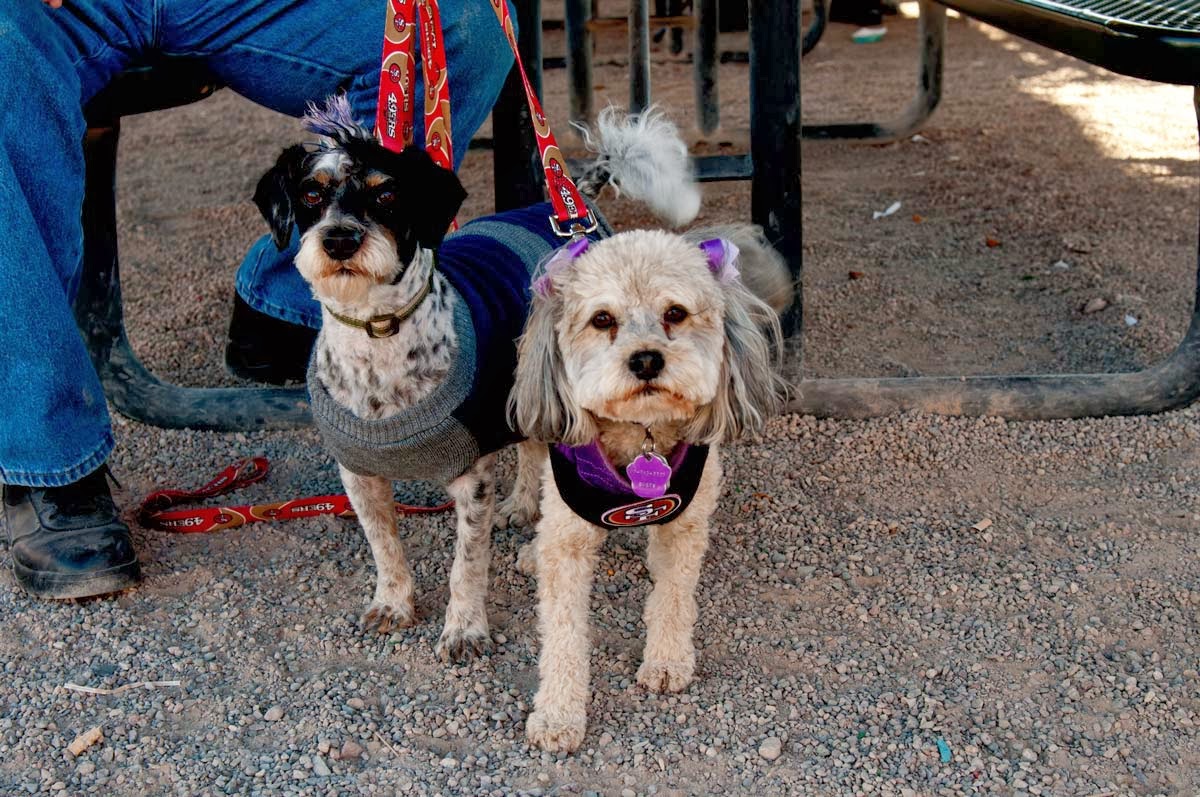 These two were lounging on the back of a vendors rig.  This has to be the best image I've ever seen ... almost 3D!!  It's terribly hard to get depth of field like this in a flat image. 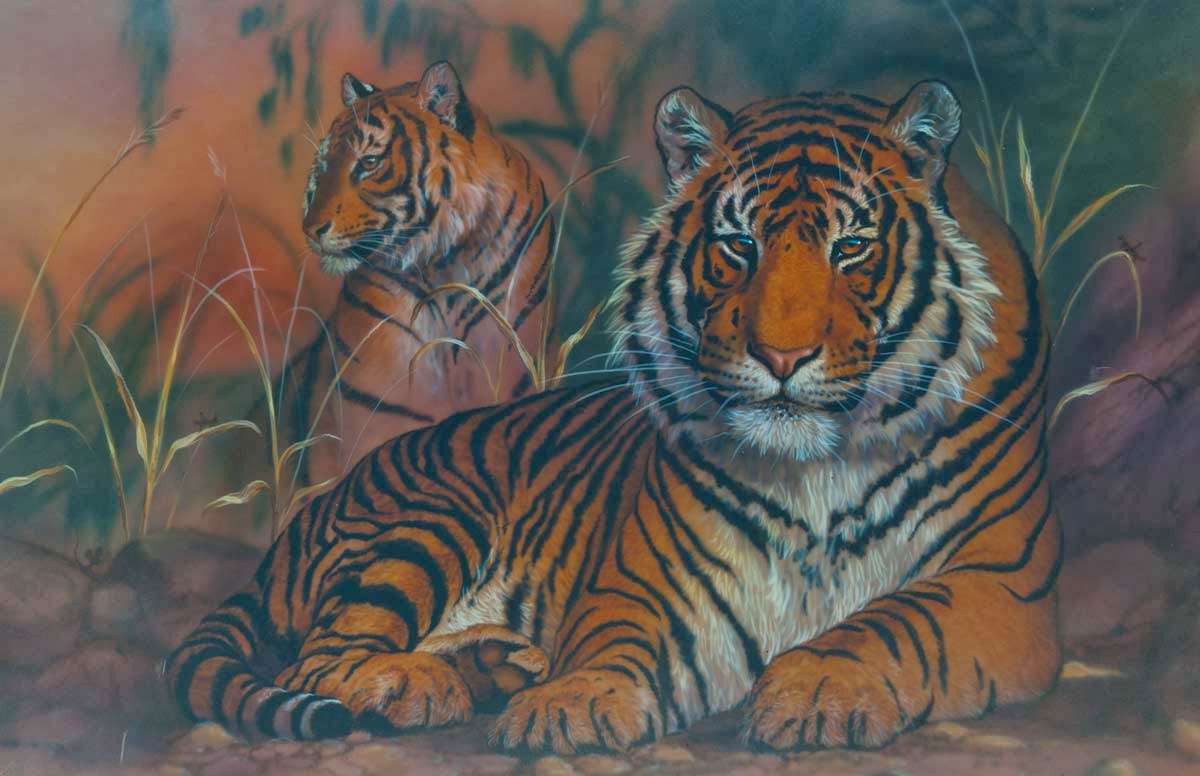 The cutest puppy of the day award goes to Molly!!  There were not as many strollers as I expected, but truly, I'd rather see the puppies safe in a stroller, than running around getting stepped on.  It seems the newest thing in dog carriers is a backpack that hangs on your front.  We saw LOTS of those contraptions!! 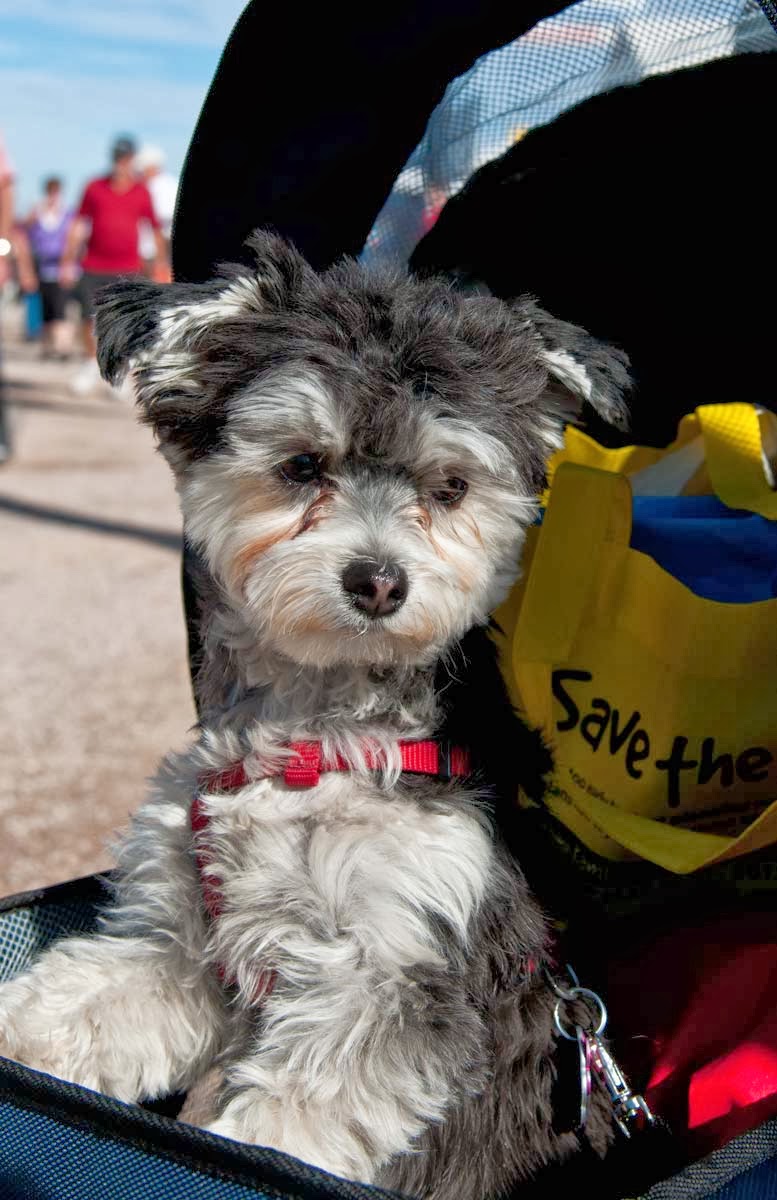 Once we got the caramel and cheddar cheese kettle corn we were REALLY after, we headed back to the BBQ stand at the end of the Big Tent for some BBQ ribs and chicken!!  Pretty good stuff ... half a rack with beans and slaw for $13.  The guy cooking the chicken said this was his little brothers rig.  They definitely had their act together, as we stood in line for just a few minutes before being served.  Within 15 minutes, the line was 30 people long ... yup it was that good!!

A quick trip down the Rice Ranch area, which has thinned out considerably, didn't result in ANY treasures, but this Indian was parked in front of the leather shop.  Mighty pretty!! 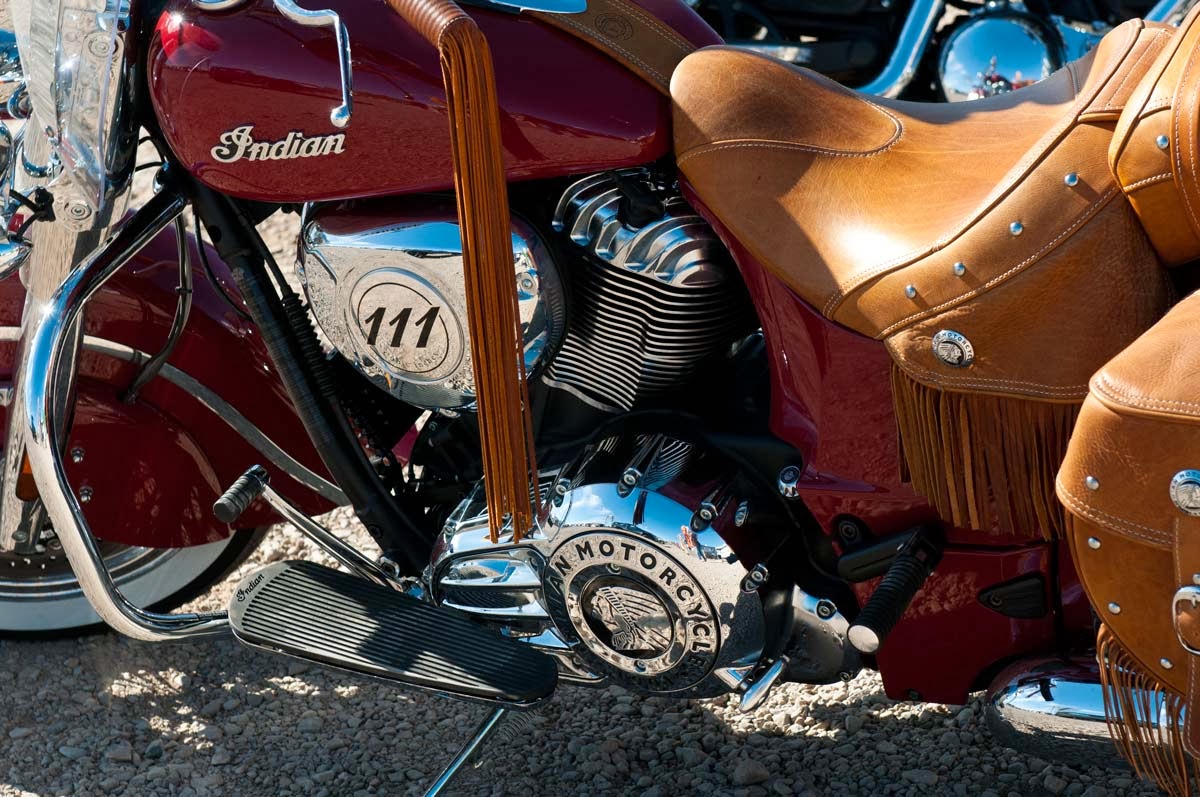 A little further down the line, I just had to laugh.  These are reflexology mats ... there's a picture of a foot and each point you should put pressure on to cure all your ails.  I'm guessing that's what the puppy is doing in this picture ... but really, these are round, rather flat rocks, randomly glued on old carpet samples!!!  I guess you have to admire the ingenuity and the initiative ... I was left wondering how many they actually sold!!! 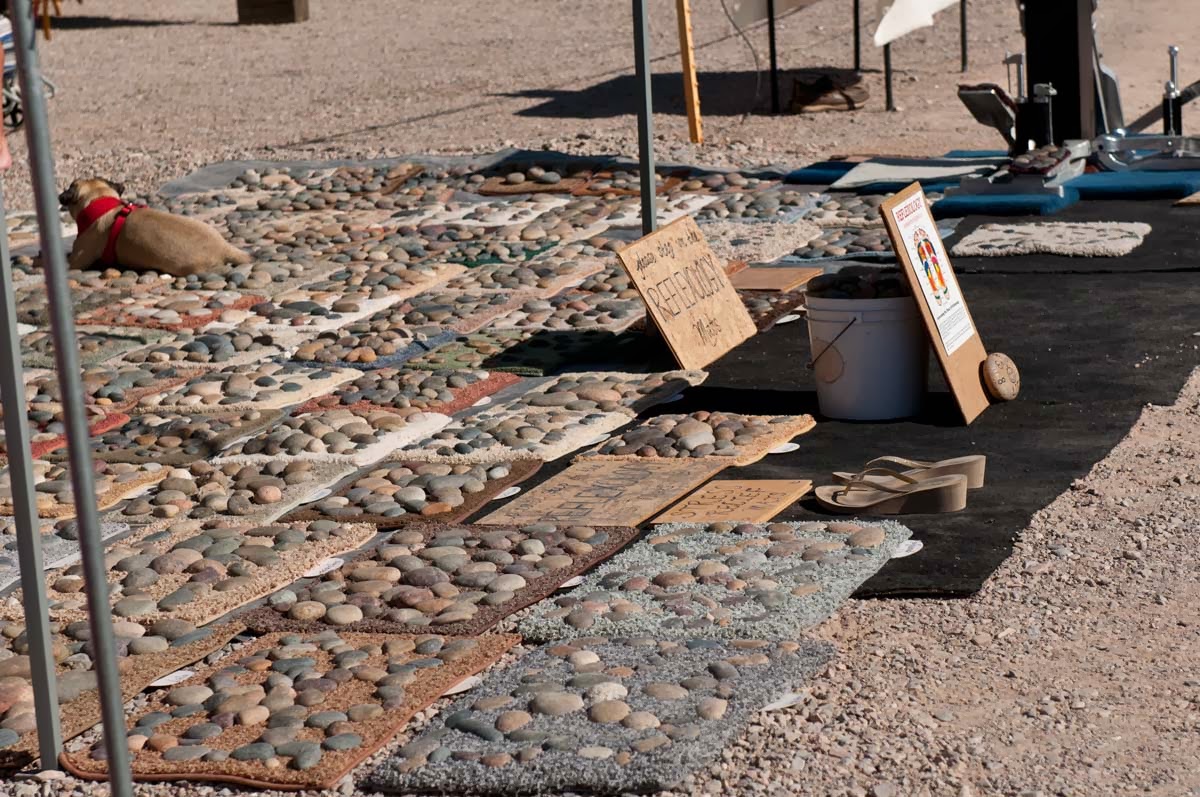 This pretty baby doesn't fit in her dog bed, just like Jessie ... 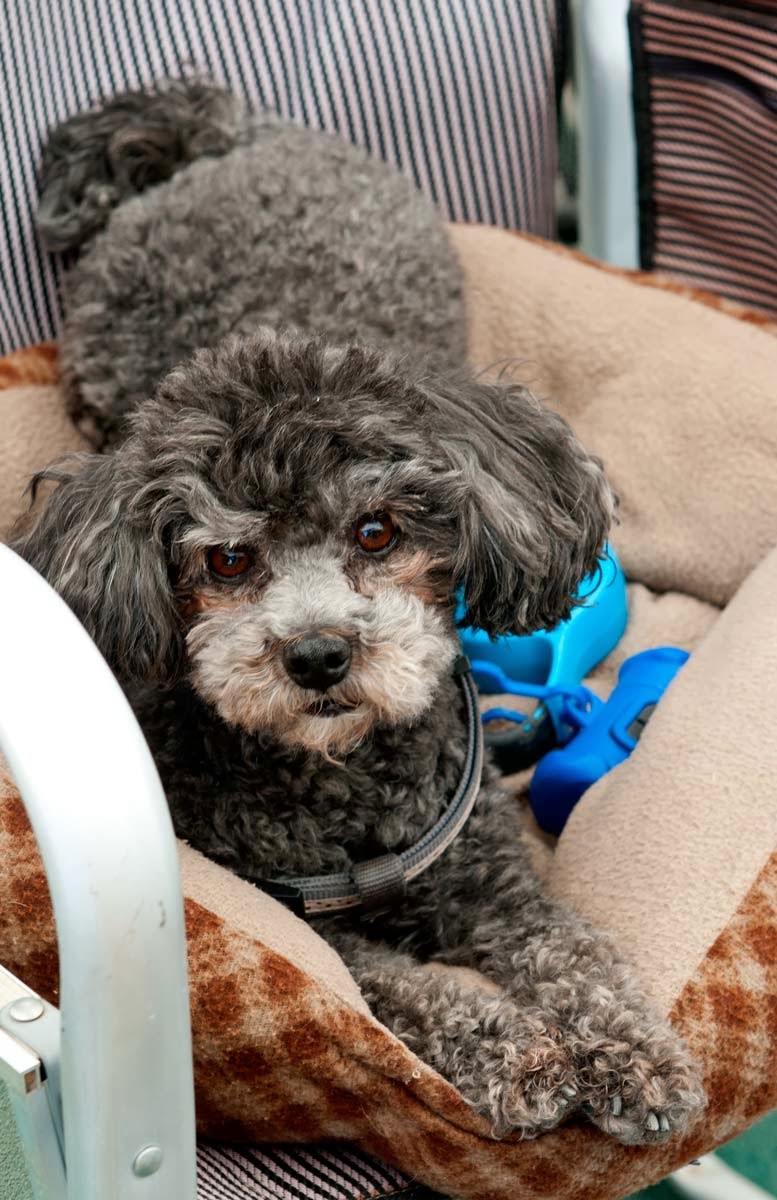 Although we were told she's not very friendly, this baby wanted someone to throw the stick for her.  It was about five feet long ... and she twisted it every which direction trying to get someone to play. 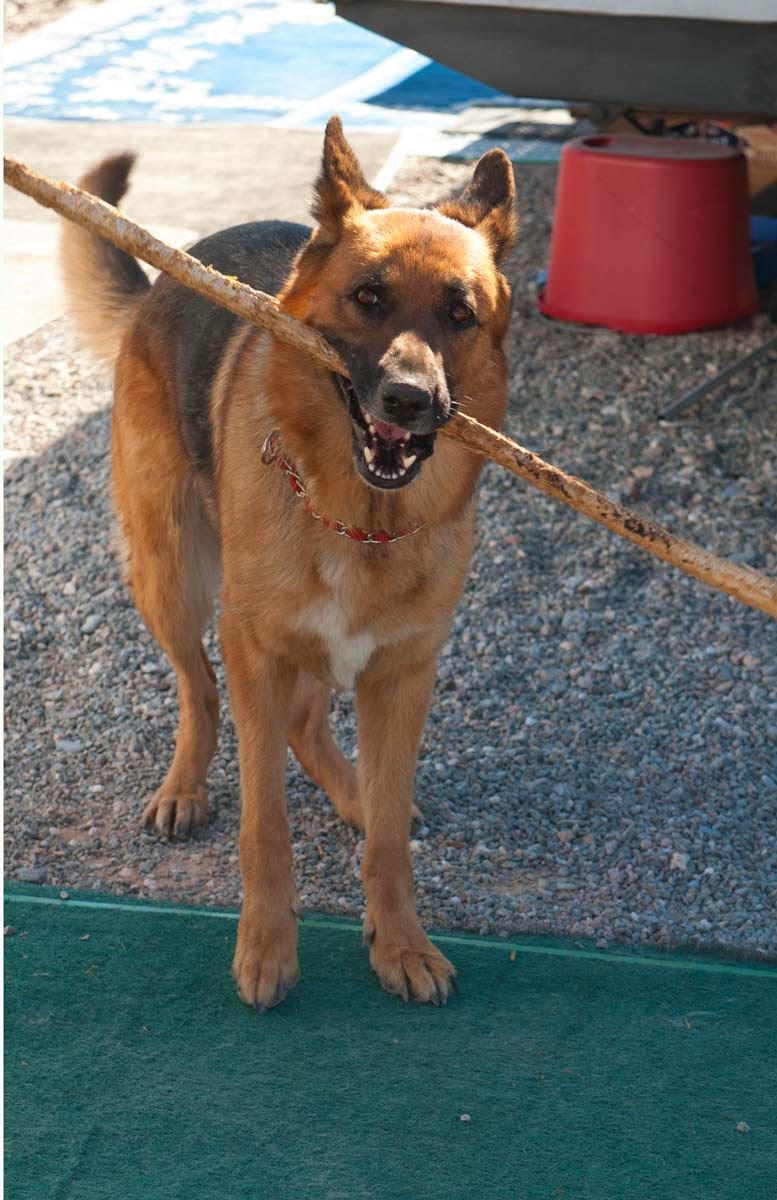 The grand prize goes to Greta.  This is the most amazing dog I've ever had the pleasure to meet.  Not only is she beautiful, she was so meek and mild ... the owner said anyone can pet her, and of course I did.  Her story is just as amazing ... he was driving south of the Salton Sea/City, and found her running along side the road, at about 6 months of age.  She finally let him put her in his car.  With no chip and no collar, he took her home, and has obviously taken great care of her.  He said it took quite some time for her to warm up to him, but she finally did, and now goes with him everywhere.  It was just meant to be!!   Truly, the most spectacular, beautiful, sweet dog I've ever seen!! 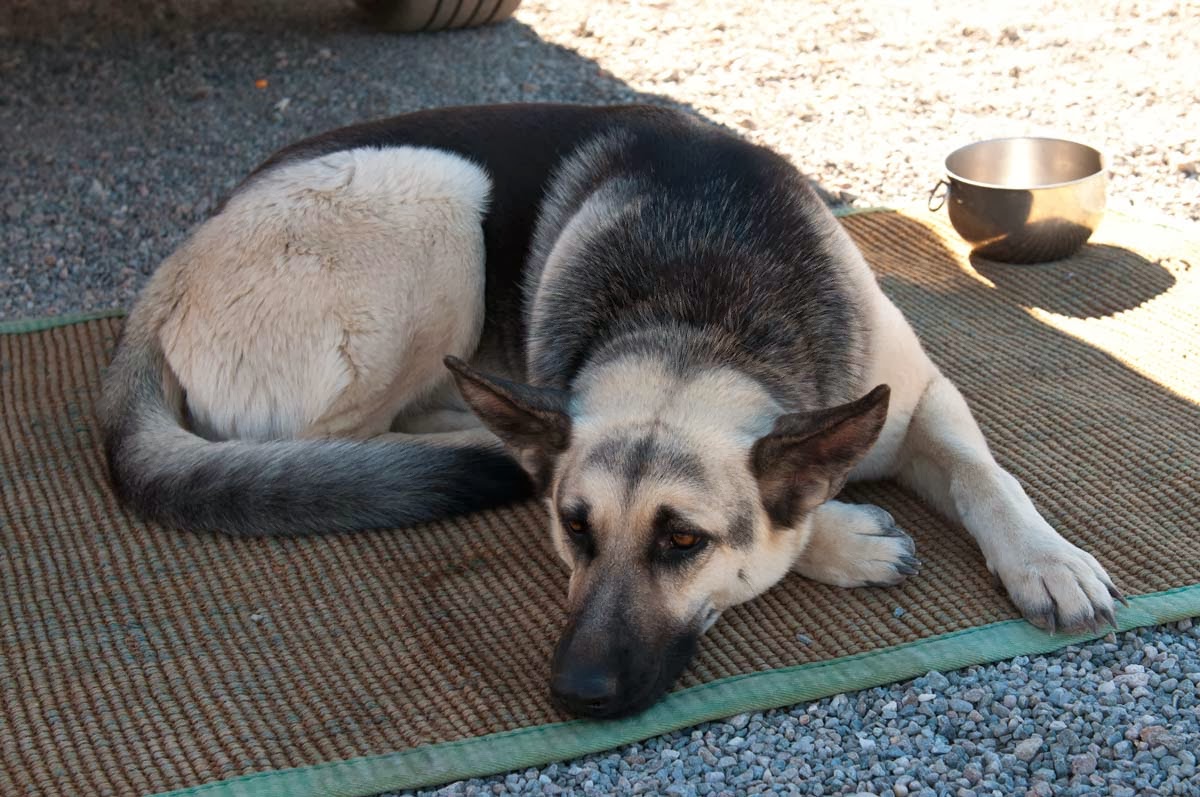 Today we expect friends Diana and Bob from Lake Havasu City for lunch.  Can't wait to catch up on all their news.  We may even have time for a quick trip to town for MORE flea markets!