And other stuff --- I'm trying to get organized for the Alaska trip!  Since having the RV remodeled, there has been a large hole just waiting for a chair to plop down.  Lazy Boys have always been my chair of choice.  The local furniture store had about 50 to choose from, including the European type with footstool.  The one I felt was most comfortable was coincidentally on sale.  After choosing the fabric color and opting for the swivel rocker base for an extra $99, the order was placed.  I'm pretty impatient and after several phone calls, it arrived yesterday.  Instead of trying to manhandle it up the stairs into the RV myself, I drove over to their warehouse.  Two minutes later it was in it's new home and I was a happy camper!!  It fits perfectly when swiveled and yet leaves plenty of room to walk by when the slides are in. 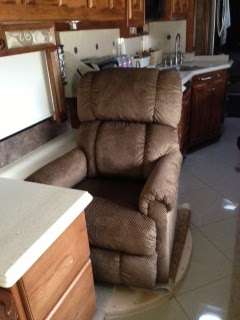 Next on the list was replacement of my Nike watch charger.  Somewhere in Arizona my internet mi-fi case with two cords, disappeared.  Thank goodness I didn't have the mi-fi in the case!!  The watch charger cannot be purchased alone ... of course ... so I ordered another watch from Amazon.com.  THAT watch was defective.  Don't you just hate it???  But I have to give it up to Amazon ... they sent a new one before I even had the bad one in the mail to them (I kept it long enough to use the charger on my OLD watch!!).  So ..... one for the house and one for the RV!!!! 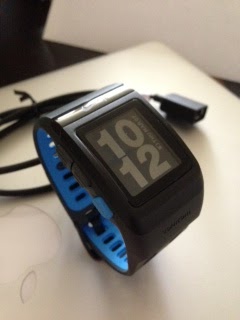 Although I am a photographer, I use my small point and shoot quite often.  It's easy to slip into a pocket and takes pretty good, high quality images.  Being nine years old however, it has been causing me some troubles.  After 6 years, the battery pack died.  Since my girlfriend had the same camera, I asked how hers was doing ... not so well, it's broken.  Perfect!!  I mean, oh nooooo!!  Can I have the battery pack?  It lasted about two years and died.  You can find anything on the internet, right??  $35 later, I was good for another year until it died too.   Now don't say anything ... I know it's a Canon (bad word in Nikon world) but it had all the features I wanted for the best price.  I'll let you know how it works!!  The bright pink is the new one. 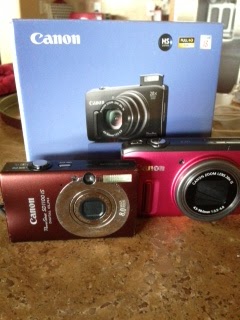 While hanging out waiting for a trip somewhere, I've been working on afghans.  Here is the second one ... Cooper and Jessie have adopted it, so I'm sure it will end up in the RV. 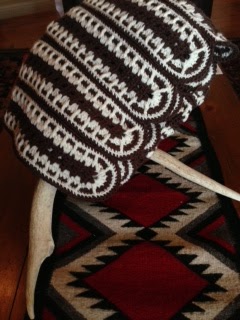 I saved the best for last!!  I've been keeping an eye out for a new pair of cowboy boots.  Tony Lama's are my favorite brand.  I hate the warehouse boot stores, but unfortunately in our area there are no other alternatives.  It's sad that this cow country has become citified and all the old cowboy gear stores have closed.  After trying on several pair, I found these AWESOME boots!!!  They fit perfectly and go with my "old west" style. 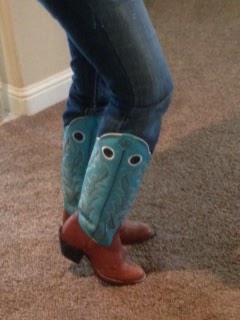 I'm packing for a week in Chico with Escapees Chapter 24 (I think .. I belong to so many I get them mixed up!!).  Should be fun and of course I'll post pictures!!
Posted by Nancy Kissack at 5:39 PM