I just love fairs ... little County fairs or BIG State Fairs, I love them all.  When I was a kid, I couldn't wait to go and check out all the agriculture products and neat things for sale, like magic pots and pans that will cook anything perfectly.  In retrospect, I should have purchased a couple sets!!

RV buddies Barbara and Tom Westerfield work the fair every year with their daughter Jennifer, who runs the entire "Greenhouse" building with all the plants and flowers.  Barbara's Mom also helps the judges as they go through and decide the fate of each and every entry, which can amount to a little money in prizes, but mostly bragging rights.  The bonsai amaze me, so I spent quite a bit of time here. 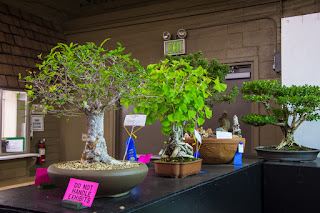 Some even created scenes with them, including an airstream trailer!!  If you have a plant, they have a category! 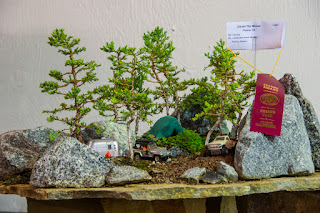 The Bonsai Master was there, or at least someone who knew everything bonsai, who went through the basics for me.  First off, these are OUTDOOR plants.  They don't do well inside unless it's a ficus like this one and you have the perfect climate controlled spot in your house.  I've never seen a ficus with leaves on it, at least not in MY house, so this one was definitely amazing!!  Look at that root system!! I get pretty excited when I see something like this.  It was entered by William Gale from Sanger, who I was able to speak with.  It is a tree from Madagascar that his mother owned for about eight years, and he has had another eight years.  What a beauty! 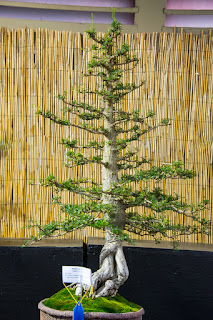 There are two huge rooms with climate and humidity controls for the orchids.  The roots on this one were more fascinating than the flowers.  Yes, I tried growing these too.  They died shortly after blooming. 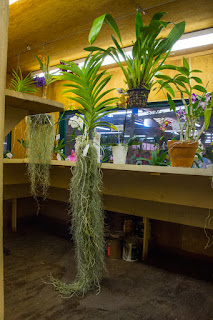 All of the flowers here however, were spectacular, some with fragrances you wouldn't believe!! 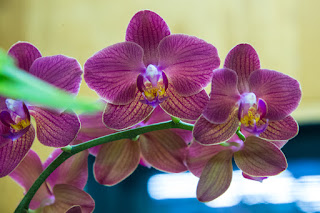 There are some alien looking things like this cactus ... also from William Gale.  I've no idea where this one comes from, but it's a happy camper for sure. 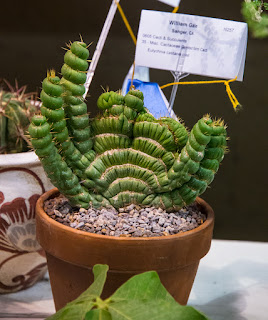 This is what MY plants looks like ... dead.  While everyone else worked, Tom took me on a tour of the fair.  It's so huge, you can't see it all in one day.  The last time I was here, Fair Manager John (try as I might, I couldn't find his last name) had most of the museum items in his office and conference rooms.  Since then, a two story museum has been built to house all of the Fresno County items collected.  This one is a slice of the largest sugar pine tree in the world that started growing in Dorrington California before Christopher Columbus discovered America. 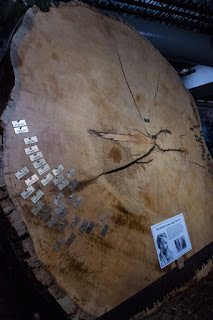 Each of the little plaques designates how big the tree was when something significant happened .. like Columbus arriving and the beginning of the fair in the 1800's.  The little picture above is of John Muir standing next to the tree when it was still alive. 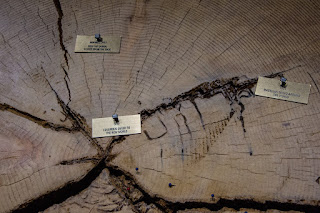 Unlike our simple Merced County Fair, THIS fair is all about agriculture.  This huge building houses all the fruits and vegetables grown in the valley.  The City of Easton has peaches and tomatoes, each box being shown by a different farmer.  It's just so cool to see farmers involved in the local fair. 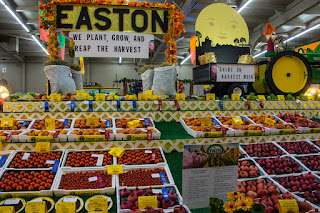 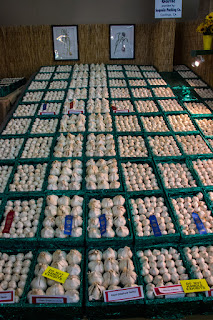 Parlier had grapes, tomatoes, peaches ... lots of good stuff!!  I just can't tell you how excited I was to see all these exhibits.  I think it's better than the California State Fair in Sacramento!! 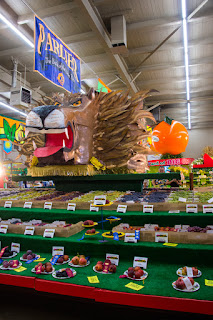 I've never seen so many food vendors.  You can find anything here!!  We settled on tostadas and soft tacos, which were actually very reasonable at $4.00 each and YUMMY!! 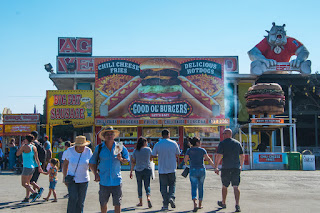 Back at the museum, there are many exhibits about the Yokut Indians.  They liked to gamble and the large trays were just for that purpose. 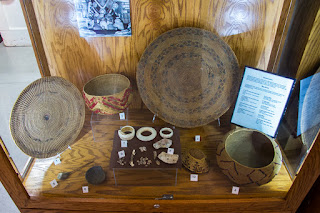 They have three amazing motorcycles ... a 1914 Indian, a 1914 Harley and an Excelsior board track racer.  What I wouldn't give to own one of these!! 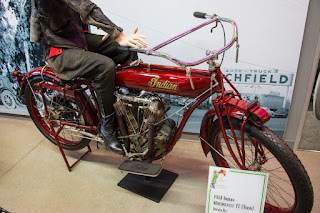 There's lots of stuff going on for the kids with many educational opportunities, including how to milk a cow.  This pedal tractor pull had to be the best however!!  Little John Deere pedal tractors that actually pull weighted trailers.  How fun is that!!! 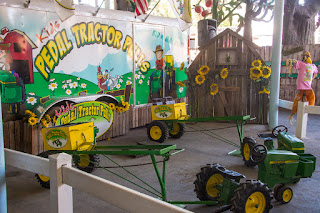 We made a quick loop around one of the arts buildings to find this amazing quilt.  There's no way I would even attempts this!!!  It's so well done, it looks like a painting. 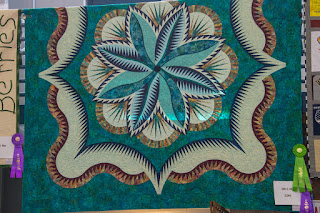 Just for kicks, we went through the Egypt building.  This is a vendor contracted by the fair for it's entertainment value.  It's free and quite interesting.  At the far end was this sand sculpture still in progress. 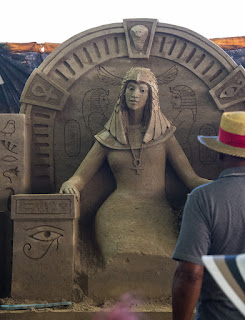 They had a couple of snakes, many beetles, an American alligator and this beautiful owl.  He looked rather bored!!  There is even a Fennec Fox, smallest in the world, but with ears six inches tall. 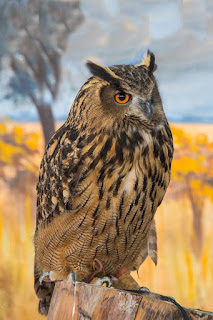 Back to the flower exhibits, it was time to hit the road.  Time flies when you're having fun.  These dahlias were spectacular.  You didn't think I knew what it was!!  You were right ... but I found an App for my phone ... take a picture and it will tell you the name.  There's an app for everything!! 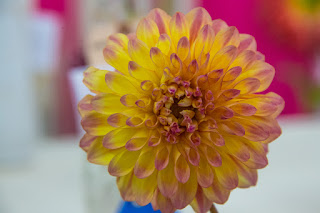 It's interesting how these are judged.  Their little face must be at the exact perfect angle looking up, among other things.  So when you see that flower facing the ground, you know he didn't win the blue ribbon!! 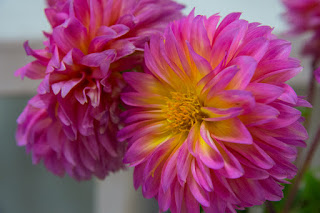 There was so much I didn't see that I will return on Thursday for another fun day.  Maybe this time I'll have that corn dog and apple pie!!