A Magical Night In The Kingdom

Yes, it was that time again.  Time to brave the elements and visit the Magic Kingdom (Elks Lodge Bingo).  I must say, it has changed quite a bit from shining light Happyville to grumpy Peasant Town, with a few exceptions.  As you can imagine, people come and go as their pocketbooks and health fade away.  I'm pretty sure some are even living in the local dungeon. 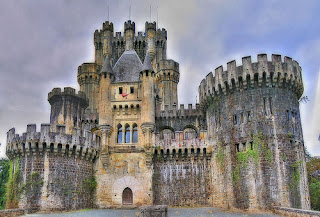 The Castle Lawyer was bright and cheery, one of the reasons I still visit the castle, and several of the moneychangers had smiles all around.  Especially since one of them was now relieved of the infernal machine upon my return.  He stated that any problems with the thing were the Lawyer's fault!!

Prince Charming was off growing pumpkins on his estate.  I guess he figures to make a few dollars replacing all the ones that get turned into carriages.  I love his imagination as I understand he has set up an entire scene from Jurassic Park in his backyard to scare the kiddies at Halloween.  How cool is THAT???  My kind of Prince Charming!!  Really, he just likes to see the smiles on the kids faces when they see a huge corn field full of dinosaurs.

It was a little slow as peasants trickled in handing over their hard earned tax dollars.  Some must be hiding out in the bushes, because only 110 showed up.  The huge hotball rewards had been won previously, making our little setup less desirable.  Where the big money goes, so go the peasants.

Not used to staying up that late, I required sustenance, so in spite of my misgivings, I decided to taste the fare from the kitchen, which sits right next to the dungeon.  I knew the long piece of meat sitting in a bun probably wouldn't be good for my diet, but I ate it anyway.  There's nothing like delicious meat burned to a crisp over hot coals to give you indigestion and keep you awake at night!!  It worked like a charm!!

At the end of the evening, the infernal machine did it's thing and spit out a tape that matched the taxes we had collected.  HURRAH!!!  Time to leave the castle.

The King seems to be off galavanting around the Kingdom with the neighboring King, so the Regent King walked us to our awaiting chariots.  You never know when there might be some disgruntled peasants hiding in the dark that want to knock you in the head.

Thankfully, my chariot did NOT turn into a pumpkin on the way home and my hounds had done a good job of guarding the homestead.  Just like Cinderella, I'll be spending all day today scrubbing the floors on hands and knees.  Then it will be time to feed the peregrine falcon living in the cavern off the main chamber.  I'm so happy he's doing well since being rescued from his kidnappers.  More on that tomorrow ... I'm off to find my bucket and mop!!

Posted by Nancy Kissack at 7:42 AM