Another Night In The Dungeon!!

I tried to sleep in a little yesterday after having walked around the Big Fresno Fair, whose CEO is John Alkire (thank you Tom), but the puppies had other ideas.  As soon as I move a fraction of an inch, they both jump all over me.  Food and going outside trump a few more minutes of sleep. 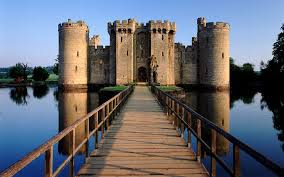 More cleaning ... does it ever end? ... while watching pieces of the baseball playoff games.  I'm excited for the Cubs, since they haven't been in the playoffs in ages, let alone actually won one!!

Finally it was time to steal myself for the upcoming barrage of crabby players who never fail to disappoint.  I even took some cookies with me to placate the peasants.

Right off the bat, there was bad news, as three of our helpers couldn't make it.  Thankfully, the Castle Lawyer arrived, so we had our station covered.  The King had returned from galavanting around the country, which wasn't necessarily a good thing.  It seems there is more discord when he's present because the peasants have someone to complain to.

Someone did a no-no and opened the castle doors before the appointed time, as peasants rushed across the moat and flooded the dungeon before we were ready, forcing us to close our doors while we got organized.  Yikes!!  Unruly masses and we haven't even started the games!!

Is it a full moon??  It MUST be!!  There were cranky people everywhere!!  From "don't touch my Bingo cards" to "I gave you a $50 bill" (no you didn't, it's right here in my hand and it's a twenty), they complained and threatened to call the King.  We always call their bluff, because the King knows he better vote our way or he will have two less workers!!

With all the big prizes having been won, the crowds have diminished in size to around 110.  We have lots of new players since I was here last and unfortunately, several have passed away.  Those that remain still fight for THEIR lucky seat in the dungeon and complain loudly when we don't let them spend ten minutes picking the cards with their lucky numbers!!  It's an exact science you know!

They changed the order of games slightly, which works great for me!!  It means we get out 15 minutes earlier!!  I worked the infernal machine feverishly until it finally popped up an end number to shoot for, and low and behold the cash drawer matched perfectly!!  That's amazing considering the chaos that ensues throughout the night!!

Another night in the dungeon goes down in the books and I head home to two puppies crazy excited to see me!!  What could be better than that?  Today I'm back to my long list of honey-dos and plans to hit the Fresno Fair again tomorrow.  Life is GOOD!!