First off, I want to thank all of my readers for sharing in my life and adventures.  I hope it brings a smile to your face, or maybe even a laugh or two.  It definitely makes me smile when I see people have left comments.  It has become a morning ritual that I so look forward to ... reading your thoughts and knowing two things:  Maybe I'm not that crazy after all and I'm really not alone in this big world.  So thank you from the bottom of my heart!!

Yesterday was a memorable day for a couple of reasons ... one, after four months, I finally got a haircut so I don't look like a reject from the dreadlock factory and two, I received my Shook kite in the mail.  I'm shocked at how fast the service was from Eliot Shook and Revolution Kites.

Eliot is an man who loves kite flying.  After getting his degree in Engineering, a job at Ford Motor Company in Detroit and marrying his college sweetheart, he became addicted to flying kites of all kinds.  When he eventually retired, he and his family moved to the outer banks of North Carolina where the heavy winds drug his wife all over the beach.  That's when he made his first mesh kite.  He began designing and sewing them while Revolution Kites installs the bridles and hardware.

Every one is a piece of art and no two are made the same.  I chose cranberry red, dark gray and white, Eliot chose the design.  There will never be another kite exactly like this one.  There's not much wind to fly it in around here, so it will hang on my wall until my next trip where I hope to find a few good breezes. 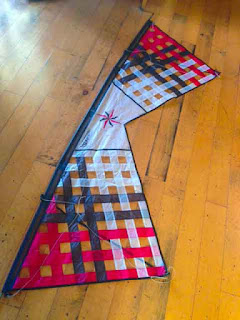 The center design mimics the colors and changes from kite to kite.  The entire design of the kite is created as it is hand sewn, depending on his artistic thoughts at the time. 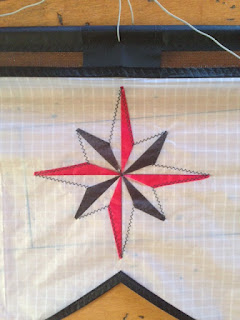 Every one is then signed and numbered ... this being #180.  It's a masterpiece that will last the rest of my life.  I'm SO excited to get it out in the wind!!

If anyone is interested in Revolution Kites, I have lots of brochures and cards to hand out.  This business is owned by Joe and David Hadzicki and sister Lolly Hamzicki-Ryno, a true family owned business.  If you want to learn how to fly one, hook up with Nick and Terry Russell, as they have a revolution kite simulator that you can fly without fear of the kite hitting the ground, and they can set it up anywhere. 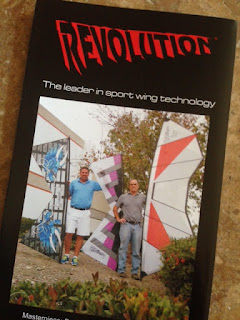 It was rather overcast yesterday morning, just like the last two days.  Suddenly, there was this wet stuff coming from the sky!!  To my surprise, showers gave everything a good soak for over two hours!!  California definitely needs the rain, although this wasn't enough to make puddles.  It soaked in instantly!!  Hopefully there's lots more "wet" on the horizon. 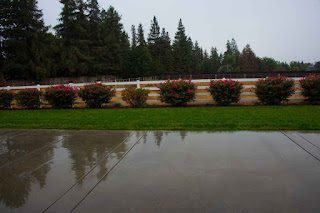 Cooper didn't care about the rain or the Shook!!  He just wanted to snuggle on Mom's lap.  It makes me crazy how he can be SO sweet and cuddly, then three minutes later be a barking ball-crazed maniac!!!! 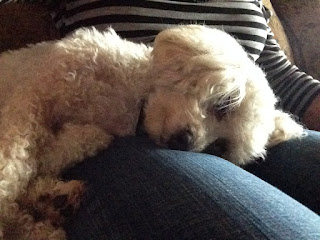 With my hair fixed, I can now make an appearance at Target for groceries and pick up that toaster for my newly married friend Diane.  Yup .... I'm the only single left in town!!  I think I'll spend the rest of the day practicing my cooking skills ... you know, just in case!!!