It's a guessing game today!  How many people can guess what's going on now?  Gosh, if it's not one thing, it's another!!  I suppose that's just so I don't get TOO bored sitting at home!!

But first, here's my friends lawn she just had changed out to a waterless irrigation system.  This is what I'm looking to do in my back yard.  I'm not sure of the dimensions of this renovation, but my area is 48 feet long and 18 feet wide.

I spent a couple of hours yesterday drawing up what I thought might work, then drug every garden hose I have to the back yard and placed them around the edge in a curvy manner.  It's really hard to tell if I will like it in the end, but if I don't, it won't matter, because my plan is to move anyway. 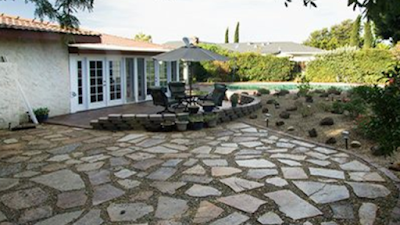 I found a great book by Sunset Magazine, giving me lots of tips about low water plants.  I'm going to put that into play immediately as I replace ten the gardener killed.  I'll also replace the drip emitters with ones that put out much less water.  I can't go too "Arizona" in my yard, as it doesn't work well with the architecture, keeping the sales price in mind, but there are lots of grasses that look nice and are weedeater resistant!! 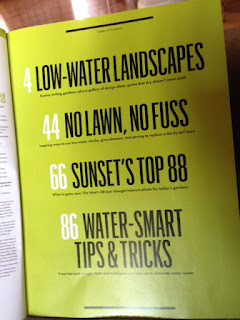 Since I actually have company coming at the end of this week ... you don't hear THAT often ... I figured I better test drive some smoked ribs, since I've never done those before.  My plan was to have that wonderful lasagne that's still in the freezer, but I can't remember if I put onions in the recipe ... and onions are OFF the menu.

This will go in the smoker about noon today, with the ribs being done in 5 hours and the pork shoulder (pulled pork) coming out 20-22 hours later.  If all works well, I'll do it again Thursday or Friday.  I hope it doesn't become a big HALLOWEEN surprise!!!  At least no one will question why I'm digging holes in the back yard .... it's Halloween, right!! 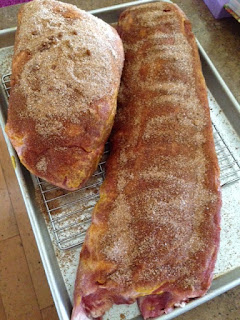 Did you figure it out yet?  The click click chunk brrr click click??  It's my wireless HP 8000 printer. What can you expect for $89?  This is the same printer I used at the County where I worked, with no problems whatsoever in eight years, except the price of the ink refills, which came to a pulling-my-hair-out $99.

Possibly the problem is that I just don't use it enough!  To begin with, the wireless part worked until the warranty expired, and then I had to carry my computer to the desk and plug it in.  Ever since I got home however, it hasn't worked at all, even when plugged in.  It clicks and chunks like crazy.  I've tried unplugging it from 20 seconds to two hours, with no success.  Good grief Charlie Brown!!  It's not even three years old!! 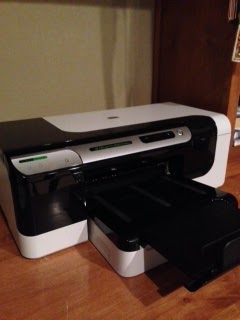 So today it's Costco time where I hope to find a cheap replacement.  The HP I have in the rig cost less than this one, it also scans (this one doesn't) and has lasted through four years of road vibrations.  Hopefully I can find another just like it.

I lost my apple juice sprayer for the pork (keeps it moist while smoking) to the trash can because it quit spraying ... no surprise!  Those never seem to last long either!!  So I'm off on a treasure hunt around my house to see what I can find as a replacement!!  Stay tuned for the outcome of the GREAT RIB SMOKEOFF!!