Blinded By The Light

What happens when you head out to a specific event and find it's on another day?  You try to come up with something else to justify that quarter tank of fuel you just used up.  My plan was to hit Food In Root Farmers Market in North Tucson.

I forgot you can't believe everything you read on the internet.  This time it said the farmer's market artisan fair would be open at 10:00 on Friday.  It took me almost an hour to get there, only to find the parking lot empty.

Well I do declare!   I sat in my Jeep for ten minutes before finding out it's on Saturday at 8:00 am, or so it says.  NOW what do I do?  Wait .... there's another one just three miles down the road.  Wasn't I surprised when I turned into a hospital with lots of construction.

I drove around in and out all the barriers and a huge parking garage for thirty minutes, before landing in the Doctor's parking lot with no farmers market in sight.  There was a sign at the entrance, I just couldn't find it I guess.

Forget that!!  By now it was 11:00 and 103 degrees.  I'll just stop in at Beyond Bread for lunch.  I've driven by several times and wanted to get another pastrami on pretzel bread, best sandwich ever!  Trouble is it's only available on Saturday.  I was batting 100. 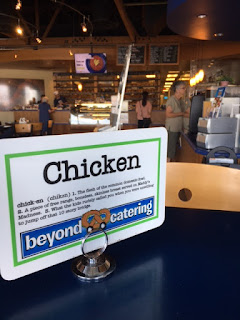 I became the Chicken and waited for my Milton's Melt.  Turkey, bacon, tomato and russian dressing on rye.  I am NOT a fan of rye bread, but this homemade version was pretty tasty!  So much food, I brought half of it home. 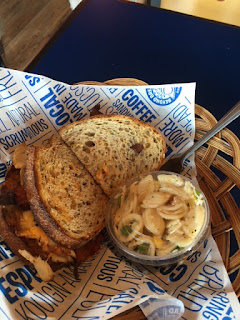 Once I had driven a circle clear around Tucson and used up HALF a tank of fuel with nothing to show for it but a full stomach, I returned home to a weather alert.  Lightning began to hit the hills in the distance.  I couldn't stand it.  I grabbed my phone and went outside to stand on the lawn for some pictures.  It doesn't look too bad, right? 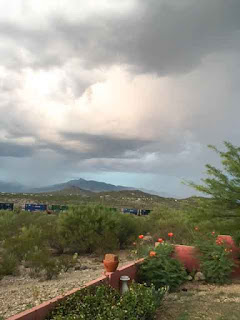 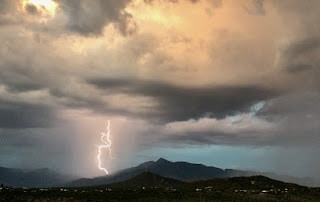 And struck again.  There were lightning hits every few seconds. 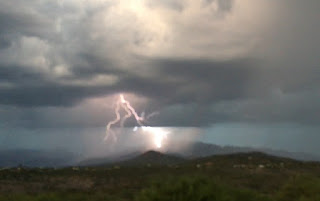 Isn't this crazy?  Sometimes they were double strikes.  Little did I know, poor Miss Jessie was having a conniption fit inside.  It wasn't the lightning that bothered her, but the thunder. 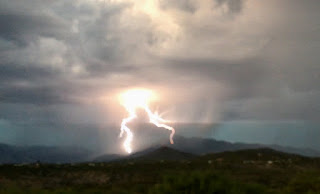 As the night progressed, the lightning flashes came faster and faster.  That's when I heard the CRRRAAACKKKKK!!!  What the heck?  Lightning struck just to the right of me, so bright I was almost blinded by the light.  The immediate thunder was deafening.  I ran for the house.

Here I was looking across the valley to the mountains and the storm was literally sneaking up to my garage door.  I grabbed my big camera and rushed outside ... keeping safely under cover.

I took probably 100 images, all hand held.  There was no way I was chancing a run to the rig for my tripod.  During one break in the action, it was so close that I began to worry about my electronics.  I ran around the house unplugging everything important.

WOW ... THAT was one crazy storm!!  I'll process those images today and post them tomorrow.  It got to be rather scary when lightning began to hit so close to the house.

Once the big cell passed overhead, the sky began to light up over the mountains again.  There were flashes every few seconds clear across the horizon for at least an hour.  I did finally run out to the rig, but only to close the vent so it didn't get ripped off in the wind that followed.  I'll get my tripod today and keep it ready.

In the meantime, I'll be napping.  Miss Jessie was a blubbering mess, shivering constantly and just refused to settle down.  I finally grabbed her in a bear hug until she relaxed, then put a pillow over her head.  Maybe we got three hours sleep?  Cooper of course, slept through it all. 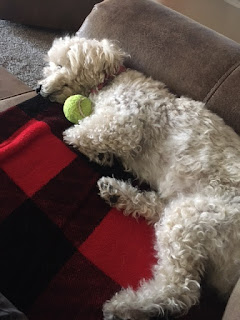