Critters You Can Sleep With

This blog isn't ALL about the critters, but they are so darn cute I can't help myself!!  Not the critters like those that sleep in MY bed ... a Jack Russell and a Poodle who growl if you move a muscle ... but THIS kind that play in and out of the borders across the quilt I'm making.  Come on, you have to admit these are the cutest things EVER!! 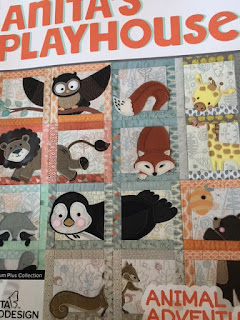 I wasn't able to acquire all the fabric I needed, but got enough to get started.  Did you ever notice there are hardly any BROWN fabric colors to choose from?  Not that you all hang out at the fabric store, but believe me, in my little corner of the world, there are twenty five reds to every one brown.

So I'm starting with black and white.  The first square was this little penguin.  These seem to take quite a bit longer than the Halloween variety since you sew the borders on while it's in the frame. 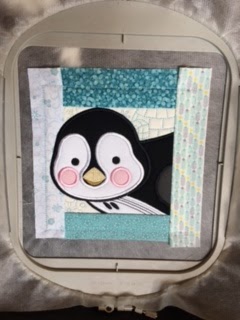 Pretty cute in my book ... not that I have any grandchildren or great grandchildren to give it to, but hopefully someone will come along that loves it as much as I do. 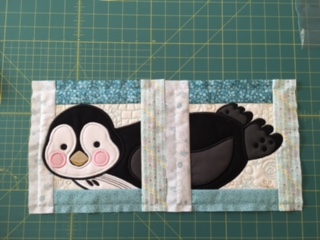 I'm working on getting the rig ready for this weekend's rally.  It's a lot of work for just four days.  Oh well ... it needs to be done anyway.  First up ... sanitize the fresh water tank.  I think I've mentioned before how Mr. Chance told me to hook up my water hose and pour the bleach inside, then hook it to the water faucet.

The first couple of times I tried that, I ended up with more bleach on me and the ground than in the tank.  I've finally gotten it down.  If I move the handle to TANK FILL and lift the hose slowly, the water runs FROM the hose, making room for the bleach.  I'm so proud I didn't spill not one little drop.  Fill tank, wait, dump tank ... fill tank, wait, dump tank and finally it's full, hopefully sanitized and ready to go.

Not that I drink out of the faucet ... I don't, nor do I COOK with tank water.  It just tastes bad to me, not to mention the fact that if I don't get it clean enough I could make someone really sick.  I always used bottled water.  I know there are a myriad of filters out there I could hook up, but what a pain in the patootie they are.  If I had a husband, that would be his first job ... hook up the filters.

In between fills and dumps of water, I wandered down to the Elks RV Park, all of maybe two miles away, for the free steak dinner ... members only.  There were lots of Bloody Mary's poured, most all of which stayed on the tables until tossed in the trash.  I've no idea what the girl did wrong, but they were apparently horrible.  I didn't do a taste test.

I was taken aback when the steak was served by HAND instead of tongs ... YIKES!! ... but my little rib eye was delicious.  The potatoes were yummy, but the guys forgot the butter, salt and pepper, like men are apt to do.  Sorry, but the ladies know that's the truth!!

The beans were apparently ordered by someone NOT in the know.   He got the wrong kind ... which they then tried to transform into something else.  It didn't work.  They were good with the sausage, linguica and brown sugar, even though baked beans are already loaded with sugar.  The biggest mistake was adding molasses.  Good grief ... a tablespoon might have been okay, but they added an entire jar.  WHOA NELLY!!!

I choked down a couple of tablespoons before hiding them with my napkin.  I finished my salad instead.  Hey ... it's FREE and it's STEAK!!  Oh ... I forgot to mention they bought rolls that SHOULD have been baked before serving ... but they didn't.  Again, it was FREE, so really I'm NOT complaining.   (You believed that, right??)  The good news is I brought home TWO extra steaks that I can transform into two more meals!!

Once home, I worked on my second critter and am now starting my third.  At least these critters won't be growling at whoever they sleep with!!  Apparently Jessie growled when she was overrun by dogs at her "other" house.  Cooper, being a tiny puppy when I got him, picked up on that bad habit almost immediately, in spite of my warnings of the dire consequences, which were of course non-existent. 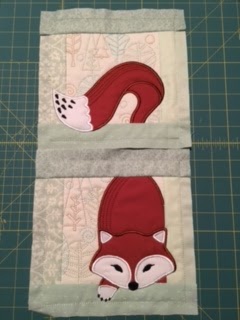 As much as I thought the rain was over, there are cloudy skies overhead, making it harder to wash the rig windows.  I still have groceries to get, the bed to strip and packing for MY critters.  I think I take more for them than I do for me!!  Three days till lift off!!