Did I really move this huge dresser from my bedroom to the spare bedroom by myself??  Did I order anything online since it was Cyber Monday??  Did I scream and raise cain with Amazon over a missing package??  The answers ..... yes and no!!

The local furniture store will deliver my new bedroom furniture today.  I'm downsizing from a California King to a Queen.  It feels like a twin bed ... like the old Army cots we used to sleep on as a kid, outside under the stars, all summer long, to keep us out of the house.  About as soft too ... I think my aching back may need a new mattress.

With Christmas pricing, if I bought just the bed frame, it would have cost more than the bed and dresser together.  THAT meant moving my HUGE existing dresser.  It was a little hard to jar loose from the carpet, since it's been there from carpet installation day.  But once I got the drawers all out, I was able to life the end with a shovel and slide it over.  You have to have been raised on a ranch to know that little trick!! 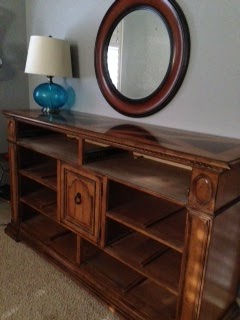 Then I put these little gizzies under the feet and away we went.  Sort of anyway.  I only have two, which I put out front, then literally put my back into it, as it slowly slid off the carpet onto the hardwood floor.  Easy peasy from there until I hit the carpet in the second bedroom.  I got a running start down the hallway and slammed over the doorway like it was nothing.  Voila!!!  Dresser moved. 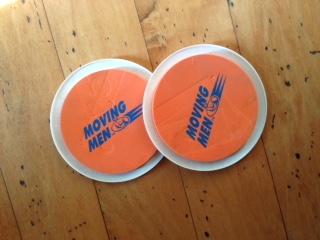 I could have waited for the furniture guys to move it, but I have several other pieces in my sights for them.  Three more big things I'm getting rid of that I can't move by myself.

So yesterday was Cyber Monday ... did you order lots of great stuff at lower than low prices?  I thought about it, but really, there was nothing I could think of that I couldn't live without.  I'm pretty sure you can't order custom made husbands on-line, they are just too expensive, so I was out of luck.  I did think about Cooking School, but those were all too far away.  For those with young children and grandchildren, I did think this was a great idea.  Buy 25 small books and a plush toy or blanket, and read together every night until Christmas, with the last book being 'Twas The Night Before ..... 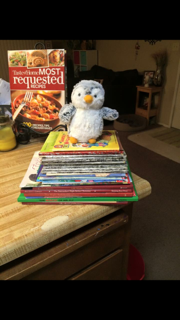 You may remember me mentioning an order I placed at Amazon in October that was being carted around the country by the United States Post Office.  It went from Amazon in Tracy, to Newark, to Merced, to Bell Gardens (LA), to Sacramento, to Richmond, to San Leandro, back to Merced, to Richmond, to Sacramento, to Las Vegas.  And they wonder why no one wants to use the Post Office for mail services any more.

When I checked my mail yesterday (everything was closed for Thanksgiving) I received a notice from the Post Office for postage due on that package of $8.75 because of all the places THEY had sent it.  I placed the order October 29 and should have received it October 31.  The notice was dated November 23 ... November 24 it was in Las Vegas.  They gave me less than one day to pick it up.

I finally decided to call Amazon, but after an hour on the website trying to find their phone number, I called Nick Russell for help.  He walked me through the many screens until I finally found where you put YOUR number in and they call YOU ... immediately ... like in two seconds!!  Thank you Nick!!!

I explained the situation, then the nice lady thanked me for being a Prime Member ($107 a year), apologized profusely that I hadn't received the package and immediately put a credit on my account.  WOW ... that was easy.  To make it even better, she said they WILL eventually get that package to me and I can keep it, no charge, except for the $10 I will probably owe the Post Office for their ineptitude!!  I've never seen that kind of service before!!  I guess that $107 a year is worth it, because that one package alone cost $65, not to mention all the free two day shipping and discounts you get!!

So YES I did move the dresser, NO I didn't order anything on Cyber Monday and NO I didn't have to raise cain with Amazon.  All in all, a pretty good day in my book!!!