It's A Holly, Jolly Christmas!!!

That only applies however, if you are NOT wandering around Home Depot trying to find someone to help you!  It didn't take me long to get in Grinch Mode!!

I knew better, I really did.  I even thought to myself .... Self?  It's probably not a good idea to go to Home Depot on a Saturday when it's this close to Christmas.  It sounded a lot like my Dad, so of course I ignored the voices in my head and went off in search of that molding I need for the spare bedroom.

The parking lot was only half full.  It's going to be a good day I thought.  I'll get what I need and have that project finished in no time.

The first order of business was either a skill saw or a jig saw.  I have a very large sheet of 1/4" plastic covering a much smaller table.  It bends over the sides, making clean cuts of quilt material almost impossible.  I snagged an employee in the tool section and asked his opinion.   He suggested a jig saw, along with this bluetooth shop radio.  I thought the same thing .... why do I need this shop radio??  Because it comes with a battery and the jigsaw does NOT.  This radio is on sale and costs the same as a single battery, so I get two for one.  That's cool ... a radio I can take with me anywhere!! 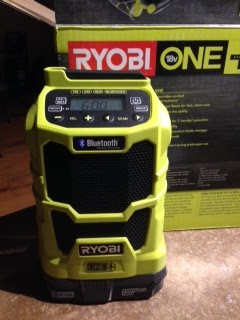 As I stood contemplating the jigsaw, a nice gentleman shopper said NO NO NO.  You really should get a skill saw instead.  The more I thought about it, the more I thought he was right.  This would have many more applications, and it's battery operated ... no need for an electrical outlet.  I really don't need umpteen horsepower anyway.  Ho Ho Ho .... I'm getting a skill saw for Christmas.  This is pretty fun!! 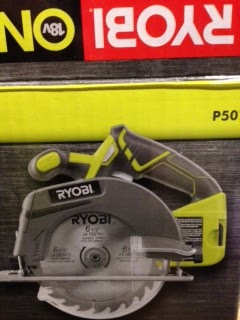 Too large to carry, I scrounged around for a basket, finally grabbing one in the lightbulb department, hoping it really didn't belong to anyone.  I found some very small light bulbs for a chandelier lamp, before happily heading to the far end of the building ... the LUMBER department.

That's when things started to go south.  WAYYYYY south!!   It took me five minutes to find the molding section, where they had a cut from every type on the wall, along with a section number so you could find it.  After another ten minutes of trying to FIND the tiny section numbers, let alone READ them, and EUREKA!!  I found exactly what I wanted, except they are in 20 foot lengths.  YIKES!!  That's not going to fit in my truck at all!  I need someone to cut that in half.

I wandered around looking for an employee, but none were to be found.  I looked everywhere for a button to push that might bring someone.  Nothing!!  After 20 minutes of wandering, I went to the cash registers and asked for help.  I even told her what aisle I would be in.  Back to the lumber, I waited in vain.  It was just like on the TV commercial ... here I was roaming around this huge building and there was not a sole in sight.  I began to think maybe there had been a natural disaster that I wasn't aware of .... everyone had abandoned the building and I have to survive on my own!!

Back to the front, I requested help again and spent another 20 minutes reading about concrete and 2x4's, fencing, decking, and checking the cutting station every few minutes.  Nothing!!  The Grinch reared his ugly head!!  Fine!!  I'll just go to the OTHER store!!

Did you find everything? she asked at the cash register.  Yes I did, but with no one to help me out, I'm going to the other store for that purchase.  I put everything on her counter and walked the four feet to the credit machine, where the transaction was completed.  My happy Christmas mood now dangerously close to explosion, I walked to my truck.  It was then that I wondered if she charged me for the skill saw blade.  It's NOT in my bag.  KABANG!!!  That was my temper exploding as I realized she didn't ring up ALL my purchases.

I knew better ... really I did.  I should have just waited for mid week.  They have no more employees at the store on Saturday and Sunday than they do on any other day of the week, and with the Christmas rush, it makes getting help nearly, if not completely, impossible.

I didn't even open the boxes when I got home.  I consumed four pieces of Sees Candy and sat on the couch watching those dumb Christmas movies, trying to improve my mood.  I'll be sure and fortify myself for the next trip to get that molding!  Blonde Nancy will have to make an appearance in her short skirt and high heels.  Maybe THEN I can get some help in the lumber department!!