There's just something unnatural about having to get up when it's still dark outside.  I don't think I will ever get used to it.  On the ranch, we got up with the sun and went to bed with the chickens when it got dark.  Course I slept MUCH better in those days, except for the snakes and bears.  Back then, there were no nagging thoughts about getting year end accounting done, packing the rig, is Jonathan going to be warm enough, where can I get those batteries for the rig, where will I get the jack repaired and at what cost.  Am I the only one that does this??  Maybe I just have too much time on my hands.


This kid is responsible for most of my early mornings.  He is so fanatic about playing with the ball, that the second I move after 3:00 am, he jumps on my back and wants to play.  If I open the door, he'll then be quiet for a bit as he plays by himself, but it's MUCH more fun to roll the ball under something, then bark until I get up and find it.  It's ridiculous how well he has me trained.  If I don't get up, he just barks louder.  He's actually asleep here ... this being about 6:30 am.  I know, I'm crazy to put up with this nonsense, but I'm a dog lover .... what can I say. 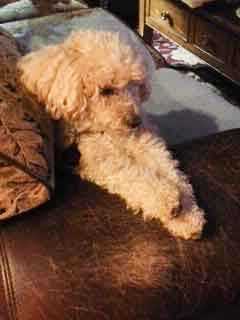 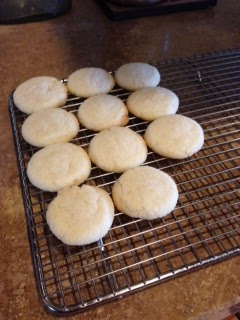 Then dipped in chocolate.  Today they will be edged in white chocolate, packed up and left in the freezer until Elks Magic Kingdom night.  These aren't for the peasants, but for the Knights and Guards that help control the unruly crowds. 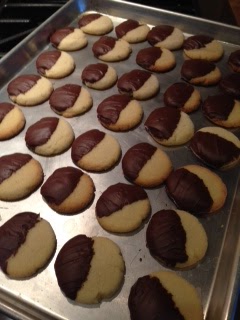 Here's more ...... it was a VERY slow day, but at least I didn't freeze.  That damp cold kept my oven and fireplace going all day long.  I cringe just to think about my PGE bill!!  I'd much rather give my dollars to strangers on the street than to big business to waste it on advertising.  I mean really, there's NO OTHER OPTION here.  Why oh why do you need to advertise????? 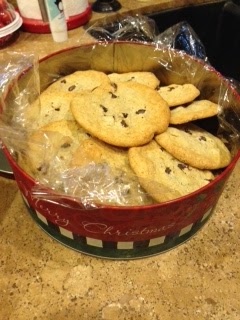 This is me in a nutshell .... not the crazy purple outfit though.  I'll still be wearing my cowboy boots when I'm ninety ... if I make it that long.  It's already started ... my friends are always asking this question!! 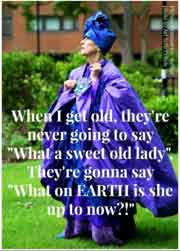 I've purposely not spoken about the San Bernadino thing until now.  It even happened right here in River City at our University.  I think many of us have seen this coming ... everyone except the President, that is.  His lack of action is getting people killed right and left.  More gun laws aren't going to help ... look how many gun control laws those two broke before their rampage!!  The guy here used a knife for heavens sake.

Thing is, if they want to kill people, they WILL, regardless of the type of weapon.  What happened to Homeland Security??  Maybe we should be MUCH more vigilant about our borders and who we let into this country!!  Maybe we should be MUCH more exacting in our efforts to stop terrorism at our borders, instead of sitting on our hands and saying ... oh those poor people ... lets be NICE to them!! Honestly ... think about it ..... there are now training videos out on how to survive a terrorist attack at your workplace!!!!!!!

I could go on and on, but I won't.  Just know that if it ever happens around me, I'll go out with guns a blazing.  Us cowgirls don't mess around and have no intention of living in fear of these idiots who think killing innocent people is okay!!!