I imagine many people will think I'm weird, but I LOVE to explore old cemeteries.  The history you find there is downright fascinating!!  I bet you can guess where I went yesterday ... Boothill Cemetery ... TOMBSTONE ... Cochise County Arizona.  Now THIS is my kind of town.

Patty and I took off for Benson Arizona first, to the Escapees Saguaro Co-Op Park to meet with RV friends Lynn and Dave Cross who are staying there.  We have run into them over the years from Washington State almost to the Mexico border.  With a lot on our plate for the day, we couldn't stay too long, but had a great visit and got caught up on everyone's travels.  I know I've said this before, but RV people sure are nice ... and Lynn gave Patty the scoop on what to see in Tombstone!

We hit the cemetery first as we entered town on Hwy 90.  There is a $3.00 "donation" that comes with a descriptive list of the graves, along with descriptions of the circumstances of death, as much as they could get from family and friends of the deceased and City and County records. 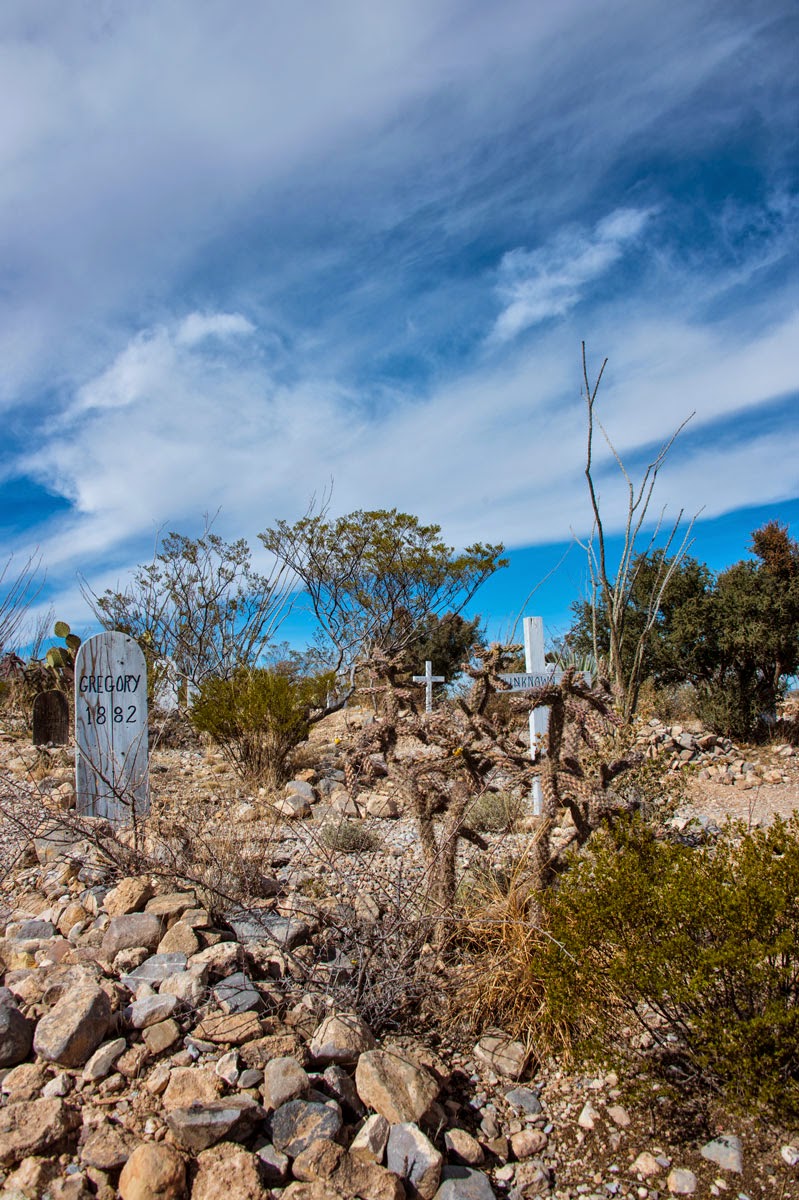 Emmett Nunnelley at one time owned the Bird Cage Theatre.  He came here from Indiana where he owned a steel factory, and donated all the metal crosses that were present in the early 1940's.  Later, the City Council thought the graveyard should be returned to it's historic look, so those crosses were replaced with wooden ones.  Emmett did a lot of work at this cemetery, identifying graves and keeping the grounds presentable, and his request to be buried here was approved. 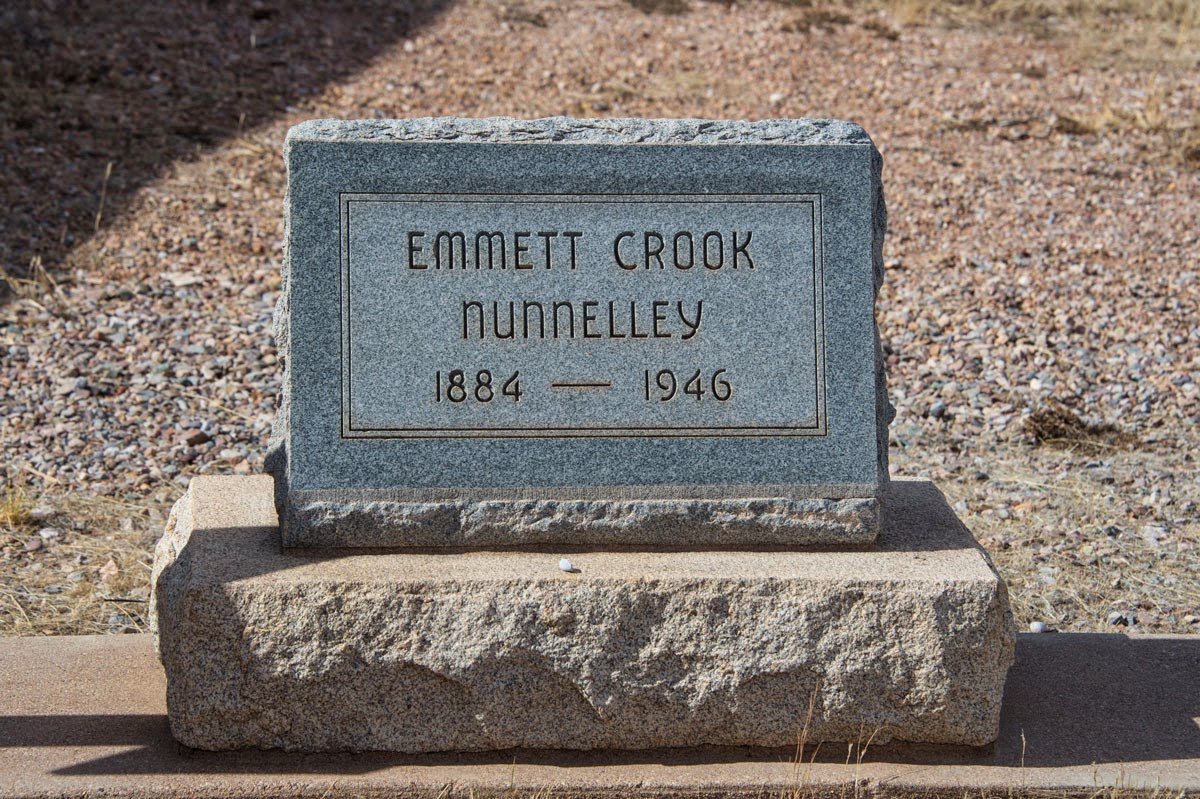 Even though painted many times over, the paint on this wooden fence didn't last ... but the wood still hangs in there in the dry desert air.  Perfect for photography!!!  Interestingly enough, many of the deaths here were from suicide, including strychnine and arsenic.  Wowee!!   One dancehall girl was stabbed in a fight over a man!  Some were killed in fights over mine claims,  Mrs. Stump died from an overdose of chloroform given to her by the doctor and some were accidental, like falling off a wagon and getting their skull crushed!!  YIKES!! 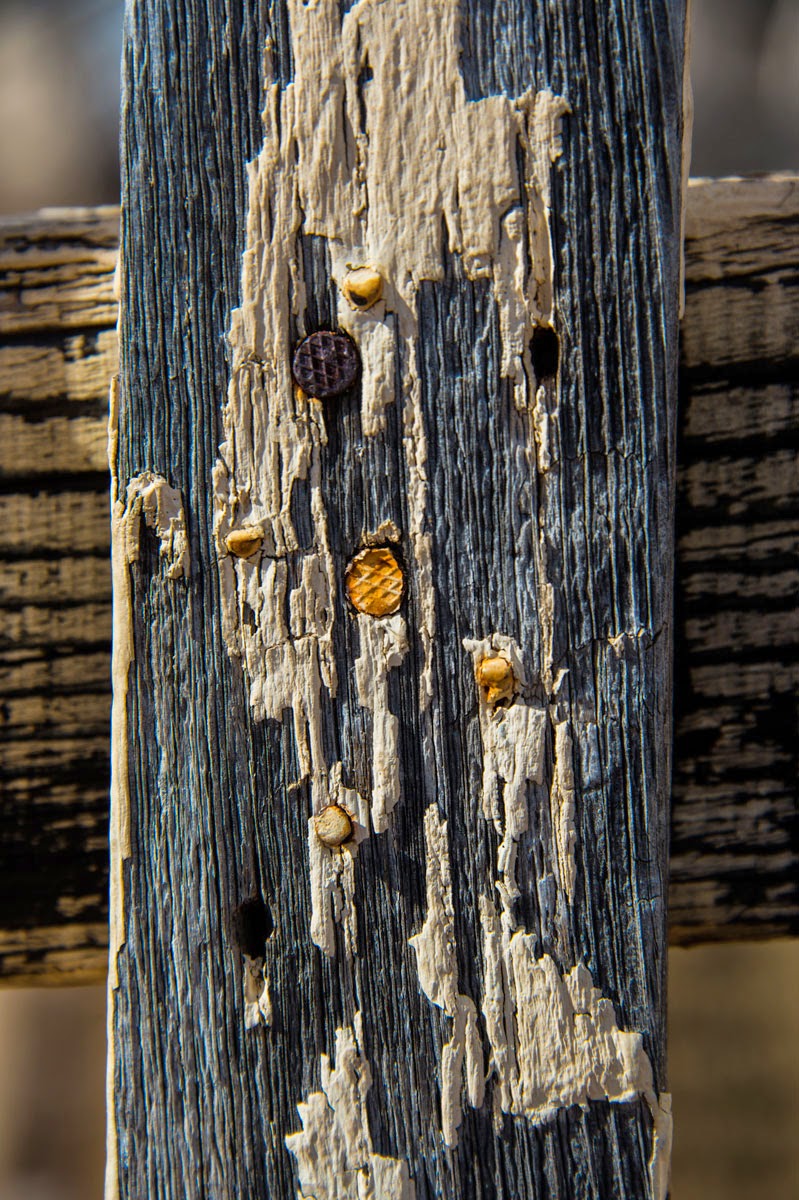 George, poor soul, innocently bought a stolen horse.  Before he could prove his innocence, he was hung ... by mistake!!  A cowboy buried here was killed in a stampede and Frank Leslie shot Mr. Killeen, then married his widow, so I think we know what THAT was about!!! 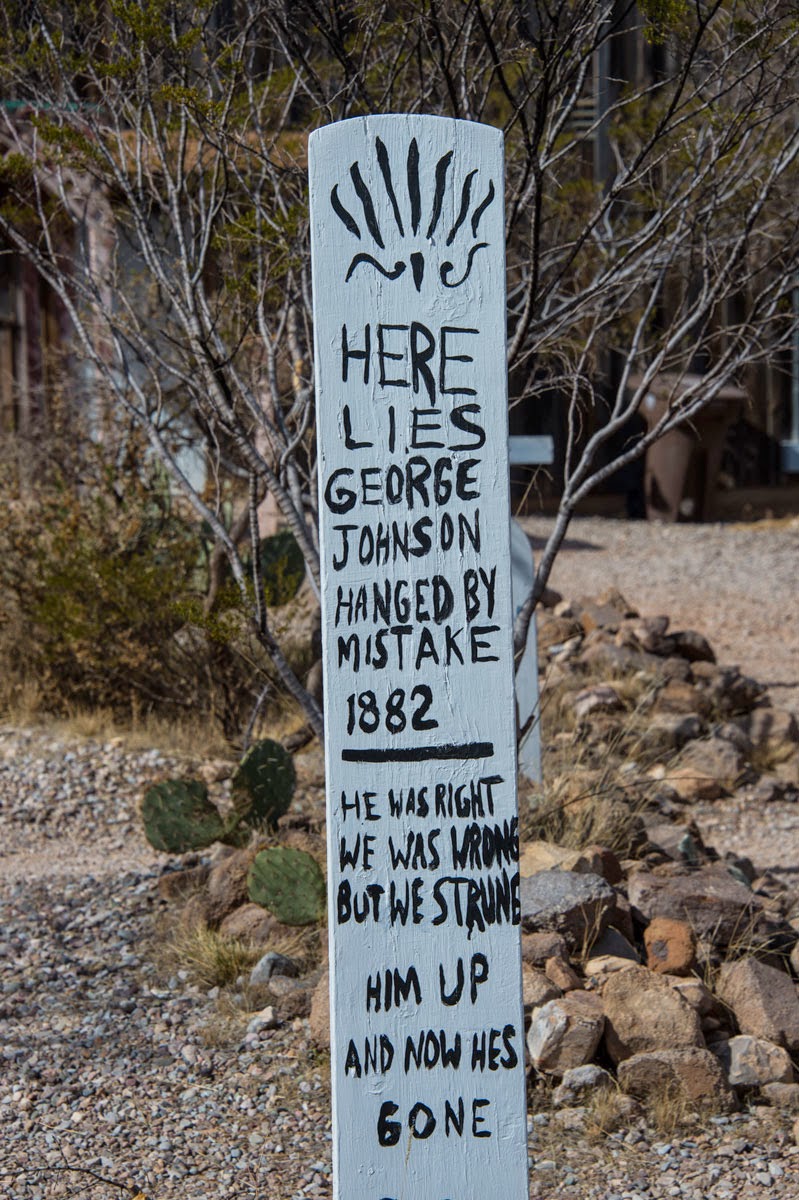 Here lies Lester Moore, four slugs from a .44, no Les, no More.  He was a Wells Fargo agent who got in a dispute over a package.  There are two or three who died from the fumes of charcoal burning in an enclosed room ... beware RV'ers!!! 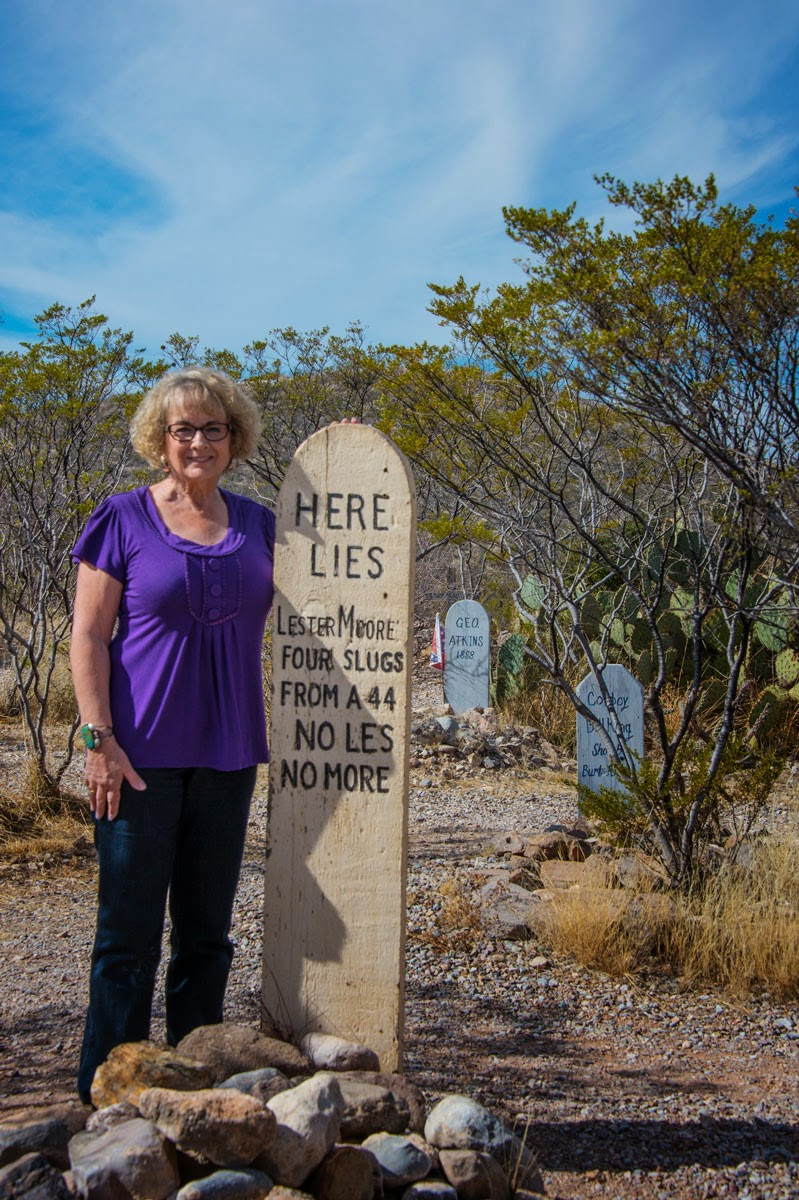 This is an interesting one ... John Heath was an underpaid Deputy Sheriff who planned to rob a General Store holding $7,000 for a mining company in Bisbee Arizona with five cohorts in 1883.  They botched the job pretty well and ended up killing several bystanders, including a pregnant lady.  They were finally caught and ratted out John Heath, who was captured in Tombstone.  It didn't take long for the lynch mob to show up from Bisbee and John Heath was no more!! 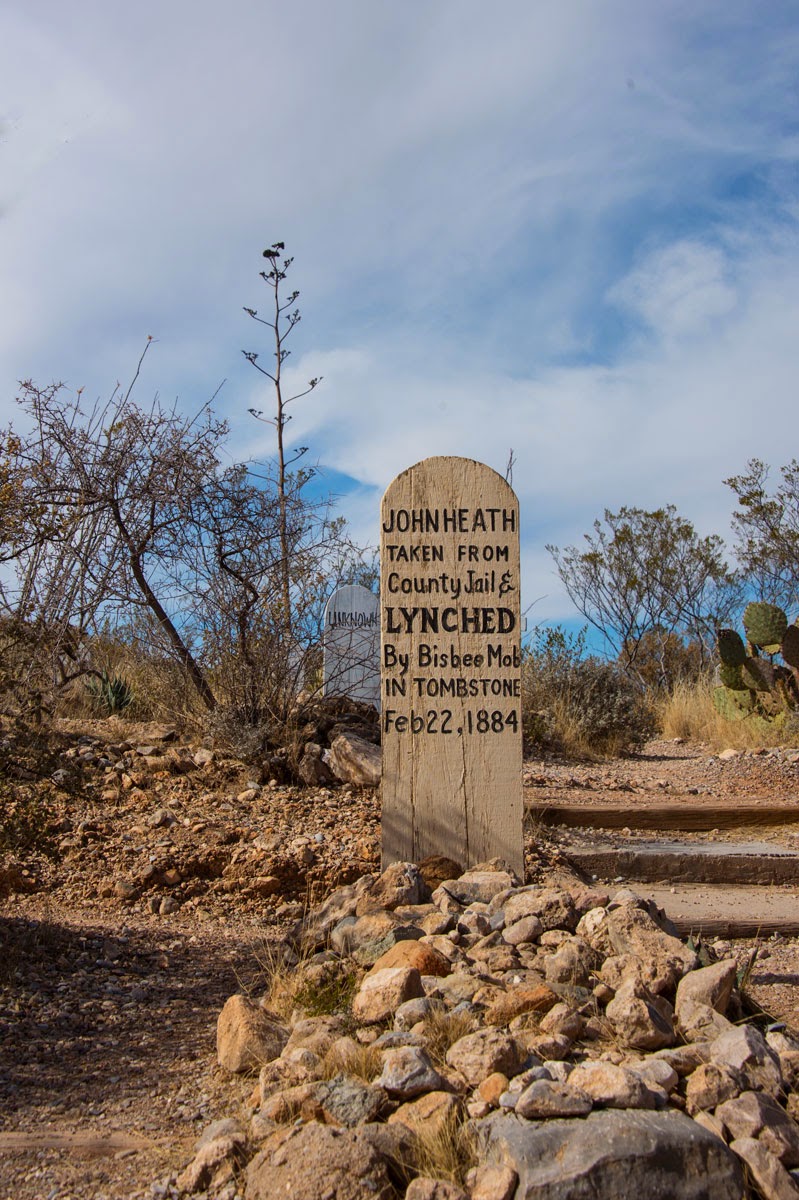 His five cohorts, including Tex Howard, were the first men hanged in Tombstone and all five are buried here!! 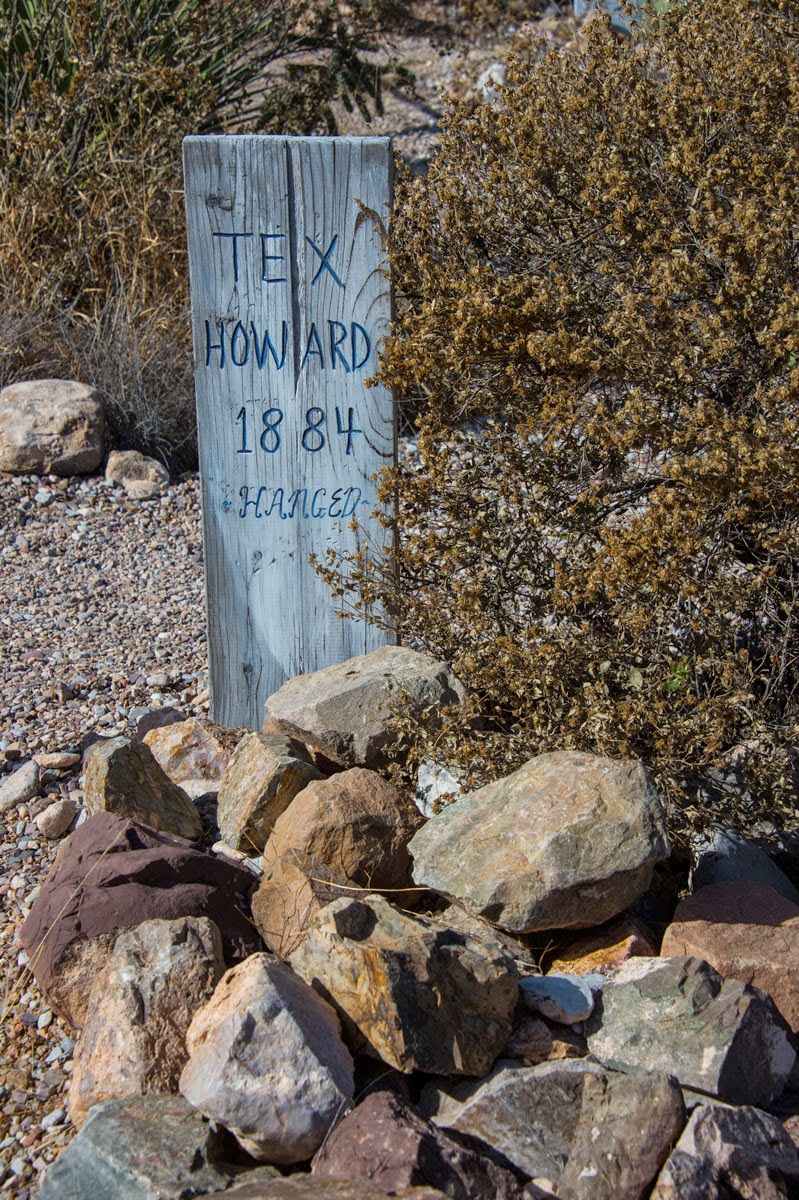 There are some children here too ... two brothers drowned, one trying to save the other, babies died from diphtheria and other maladies, the Kansas Kid, real name unknown, was killed in a cattle stampede and one small boy died from drinking poison mine water. 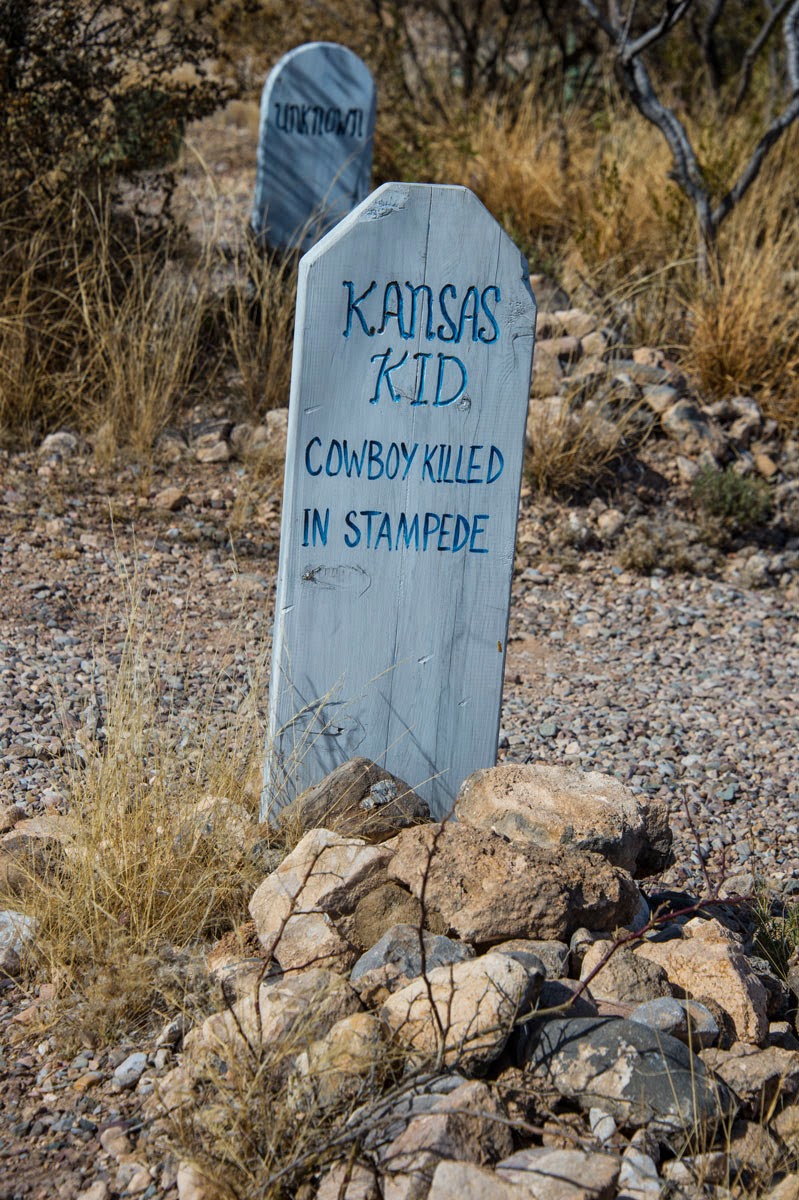 These two cowboys, buried in the same grave, were drowned crossing a river. 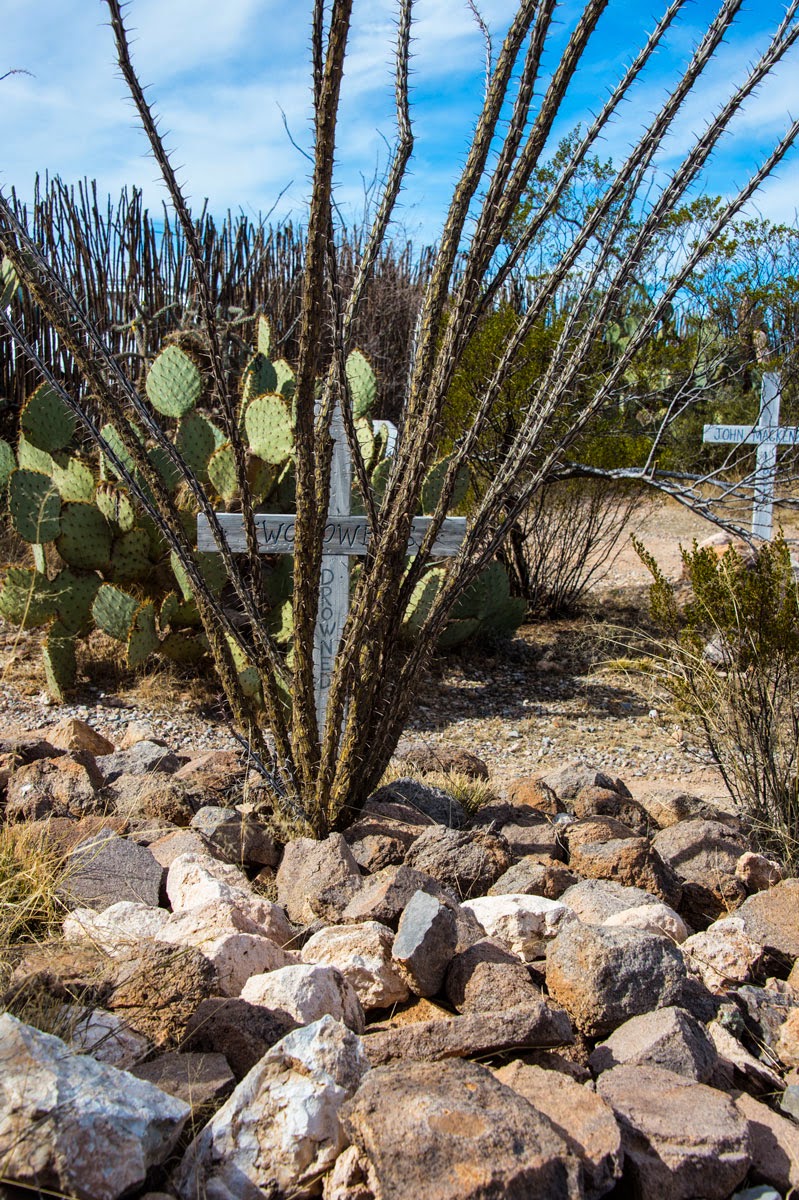 Then we came to the most famous, or infamous, depending on whose side you are on.  Here lies Billy Clanton, along with Tom McLaury and Frank McLaury, MURDERED on the streets of Tombstone, the tragic result of the O.K. Corral battle with Wyatt Earp and Doc Holiday!!  No one knows who shot first, but I get the distinct impression that everything thinks Wyatt Earp was the bad guy!! 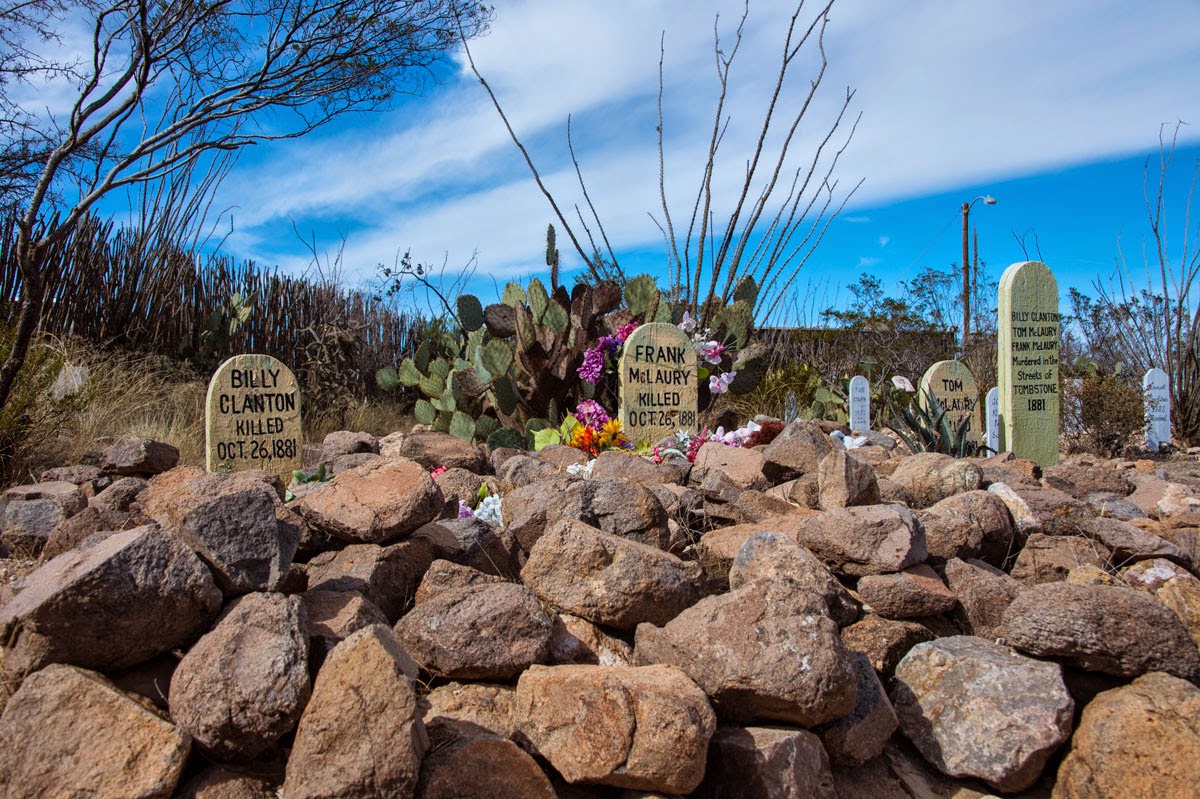 Billy's father, Newman Haynes, better known as Old Man Clanton, later killed by Wyatt for murdering his brother Morgan, after petition by son Ike, was moved to this cemetery.  When Ike was later killed, his family tried to move him here too, but was refused by the City of Tombstone. 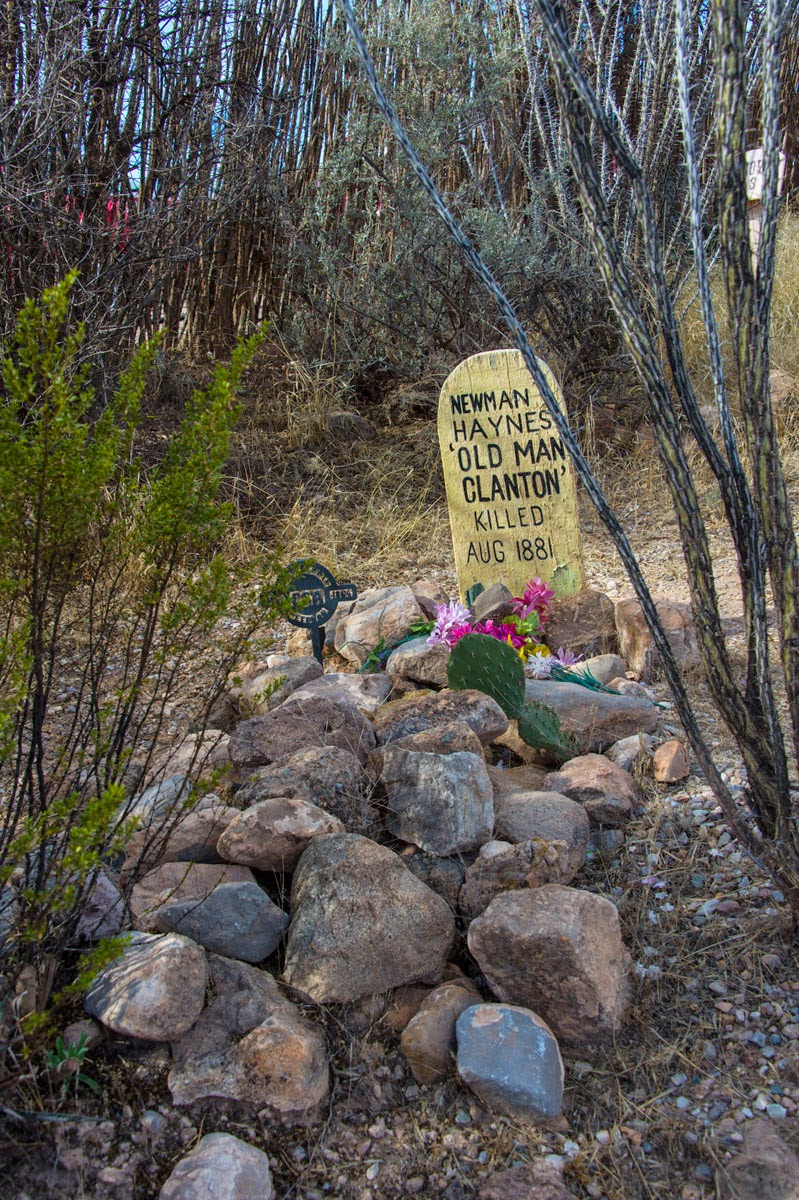 Frank Bowles, one of only two grave sites that have a fence around it, was thrown off his horse when it became frightened, resulting in Frank's rifle firing accidentally into his knee.  He lay in camp for several weeks before his friends took him to the doctor, but it was too late for Frank!! 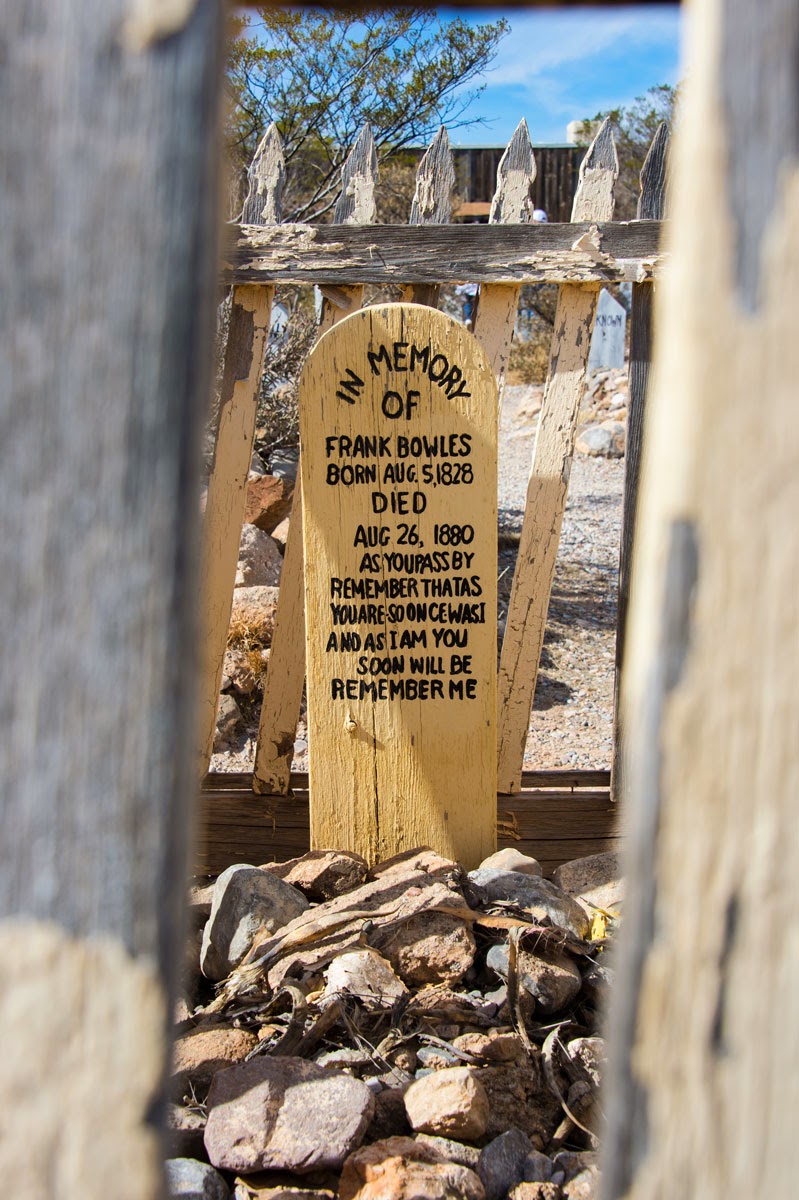 Finally leaving Boothill, we headed into town.  There are actors everywhere, this one behind the stop sign giving a tour of the Old Courthouse.  It's definitely a beautiful structure, with a metal spiral staircase at the back corner, leading to the ground.  An escape route for the Judge, I'm sure!! 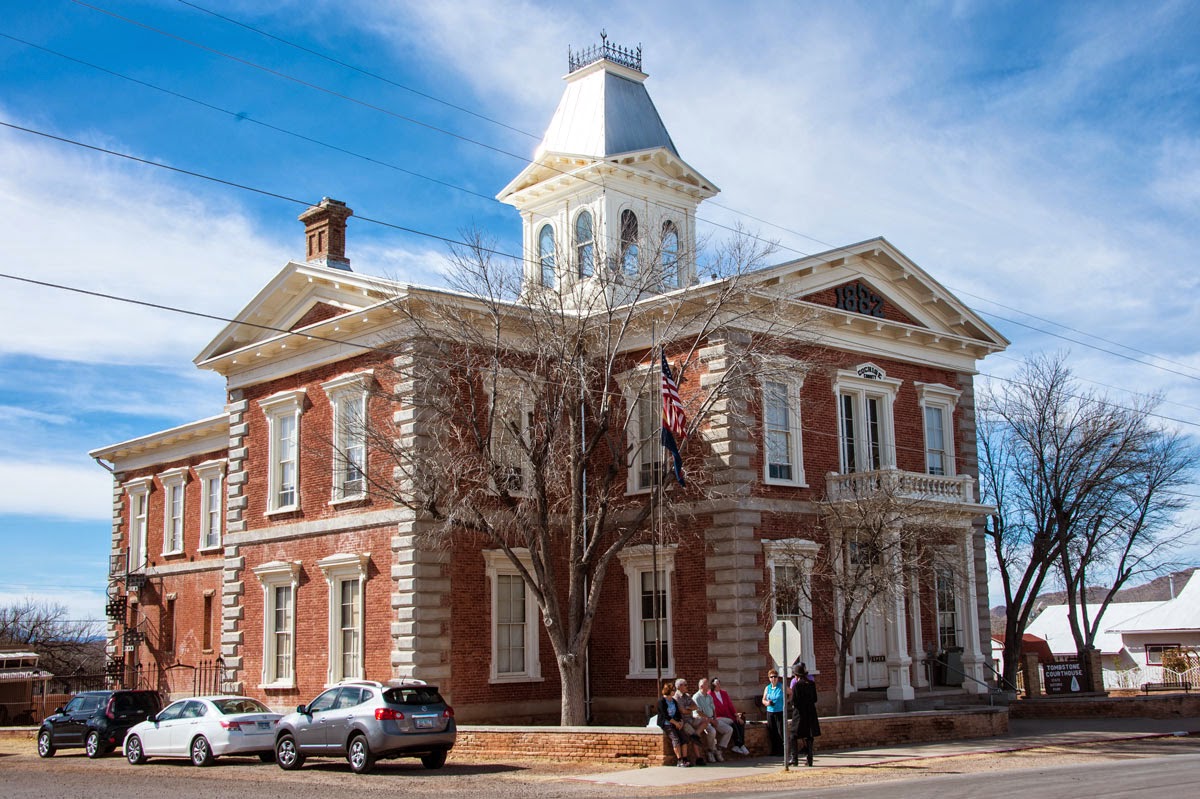 The main street is maybe four blocks long, with stagecoach rides and shootouts!!  As you can see from the empty street, there wasn't much going on today, nor were there very many tourists!!  I'm not sure how many of the buildings are truly authentic, but I'm glad they are keeping it alive!!  There is a very nice looking RV park right down town, within walking distance to where I'm standing.  Come on folks, lets support the Old West and visit Tombstone!!! 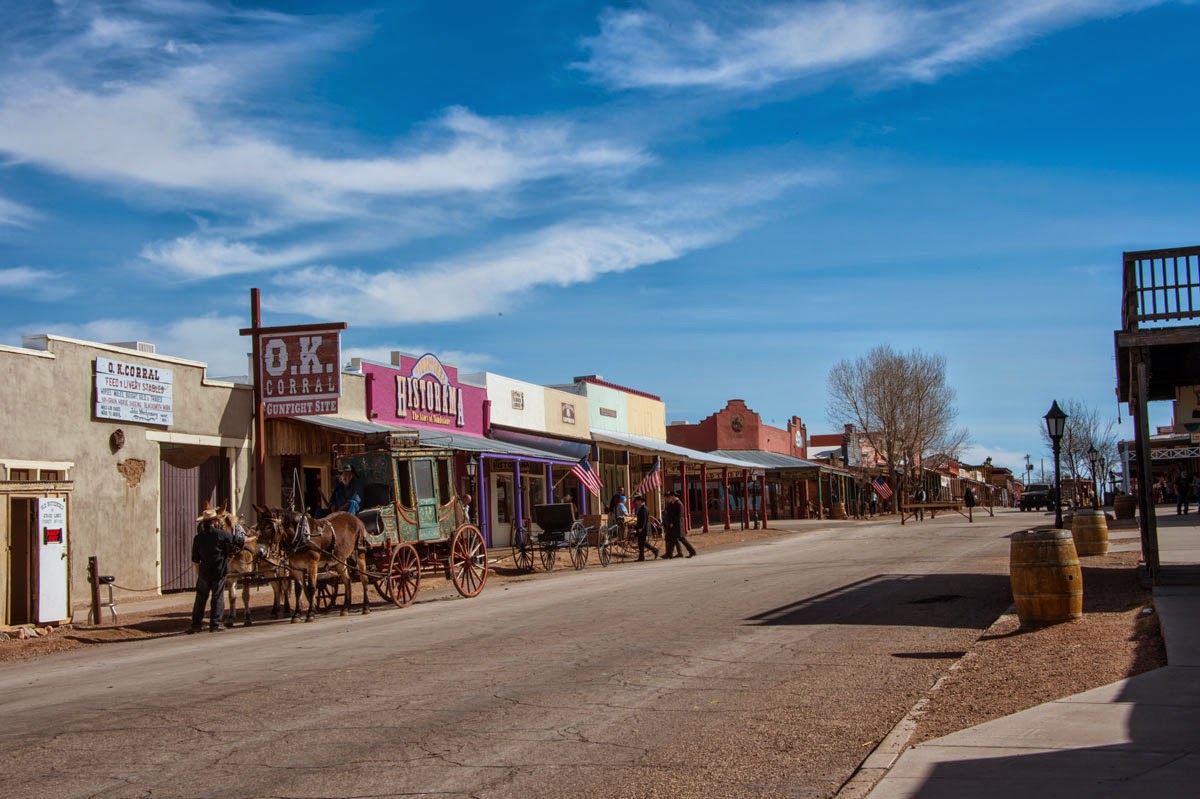 Patty and I stopped in Big Nose Kate's Saloon for a sandwich.  It's a long story about Kate and Doc Holliday, but basically, she was originally from Hungary.  She ran away from her foster home and became a "sporting woman", better known as a prostitute, when she met up with Doc.  They spent many years together and apart before meeting up with Wyatt Earp and his brothers in Tombstone. 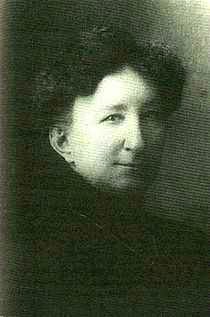 Now a saloon named for her, this actually used to be a huge hotel lobby, with rooms above and a restaurant to the left.  The bar was originally downstairs in the basement, accessible by going outside, down a few doors and down the stairs.  It was mostly destroyed by fire, when in the 70's the owners decided to remodel what was left into the Big Nose Kate Saloon, bringing the backbar up from downstairs.  The basement now holds a gift shop of sorts.  By the way, we had a Rueben sandwich ... one of the best I've ever had!!! 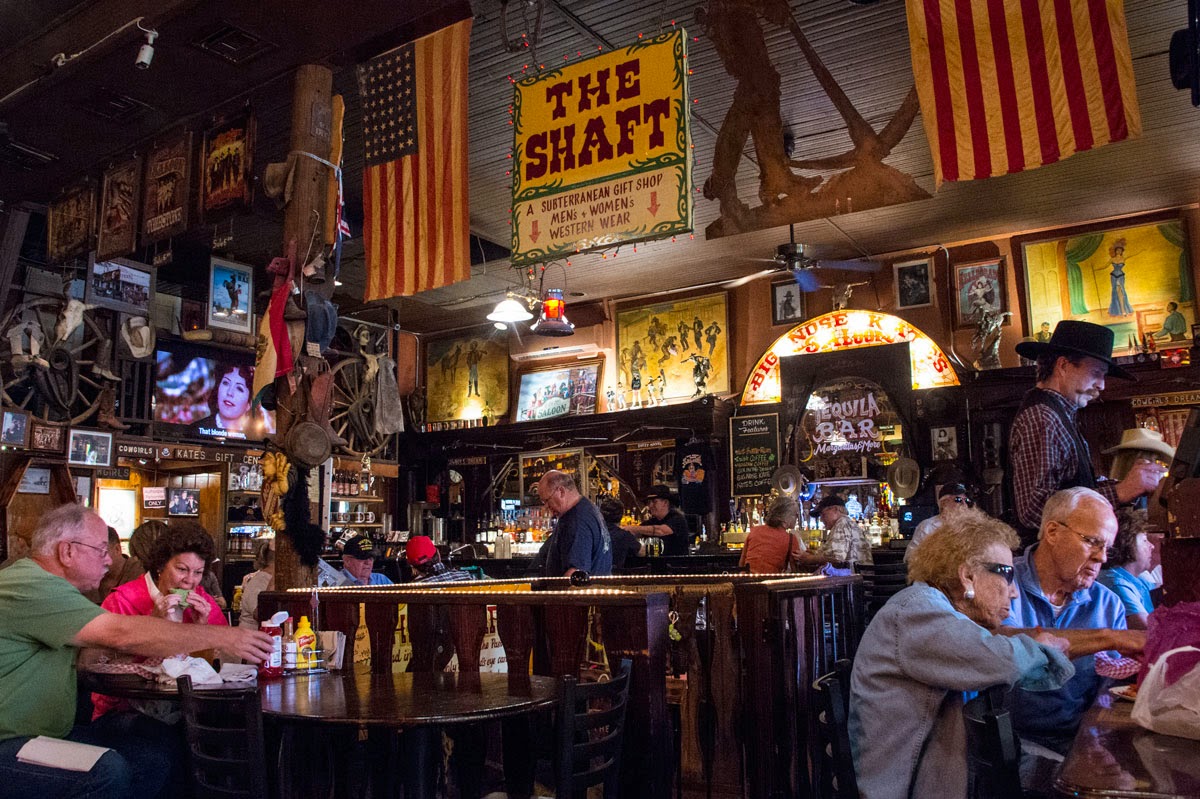 Out on the street, Sporting Girls harass the tourists, making for a good time for all. 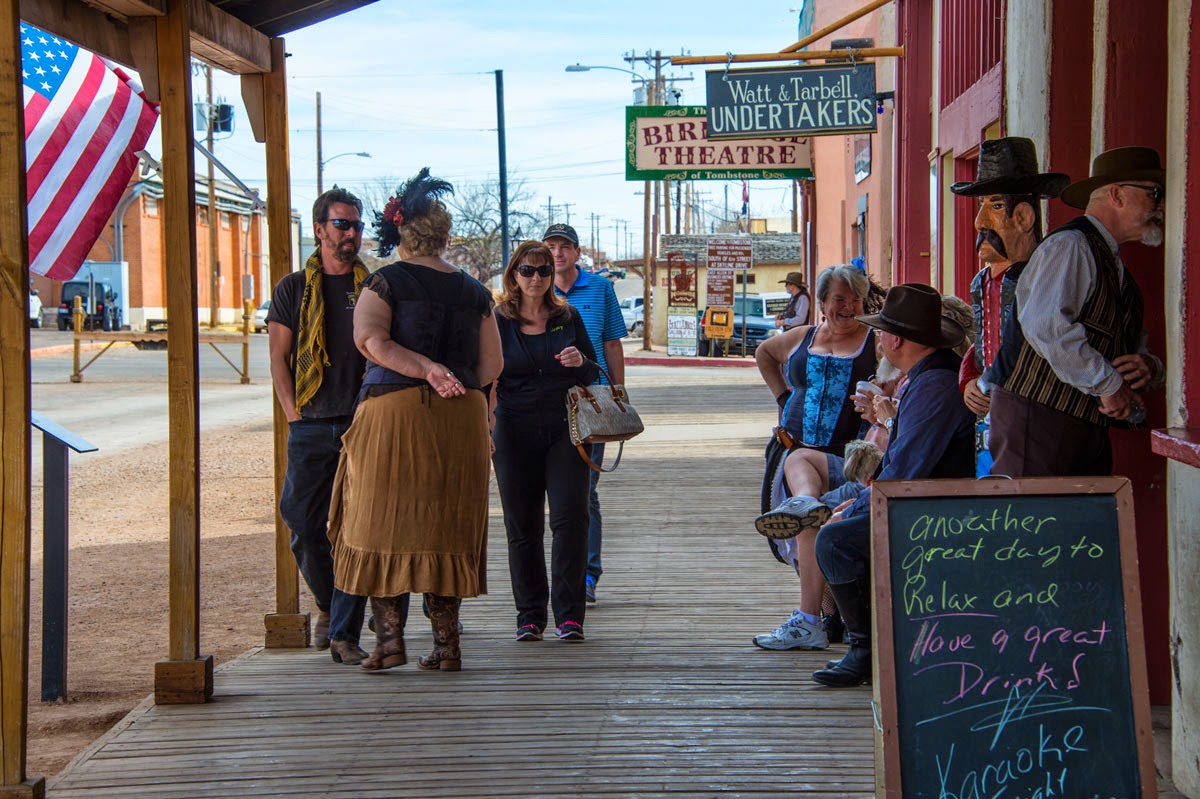 These two babies were showing a little wear and tear from their daily stagecoach jaunt around town.  Apparently the stagecoach driver doesn't realize the damage this gear does, but then maybe he just doesn't care.  You KNOW I'm all about the horses and mules!! 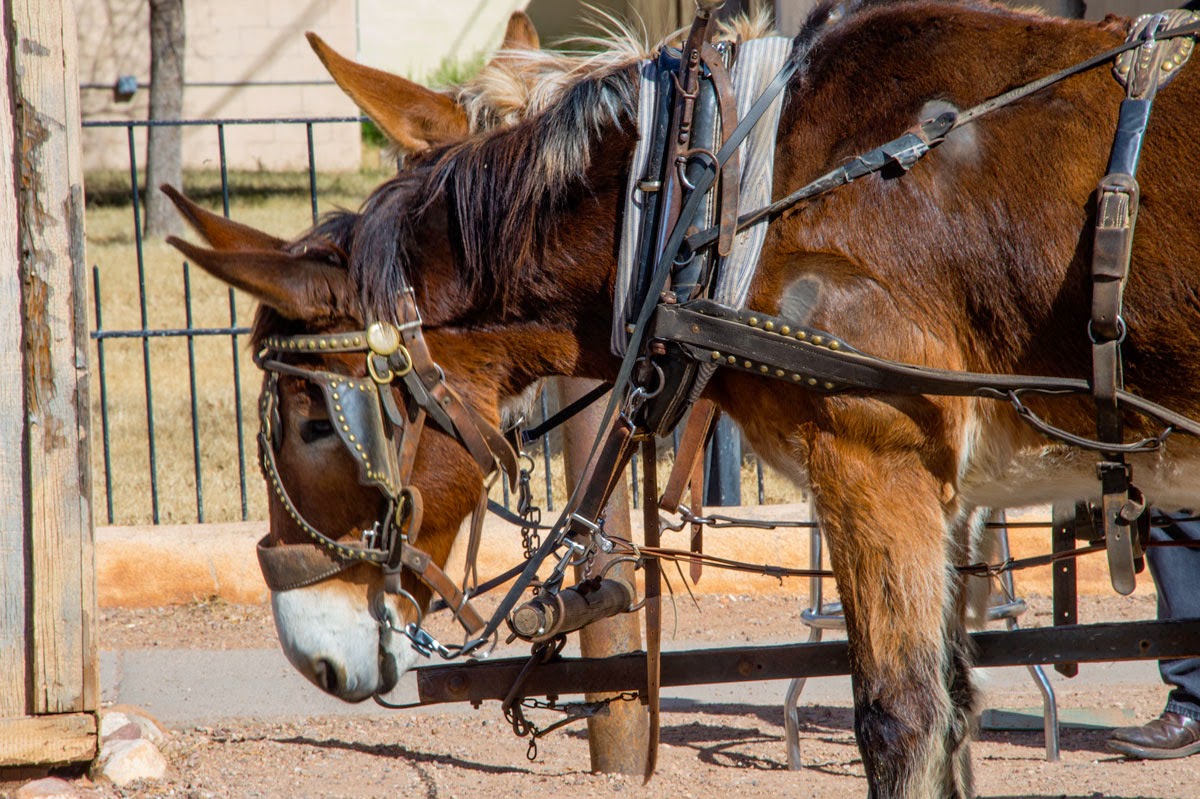 Finally at the end of town, we ran into the Bird Cage Theatre.  The gentlemen and ladies, attended Schieffelen Opera House while the cowboys and miners went to the Bird Cage, known as the wildest and wickedest place in the West, right behind the Barbary Coast.  We didn't go inside as we were running a little late and still had places to go!! 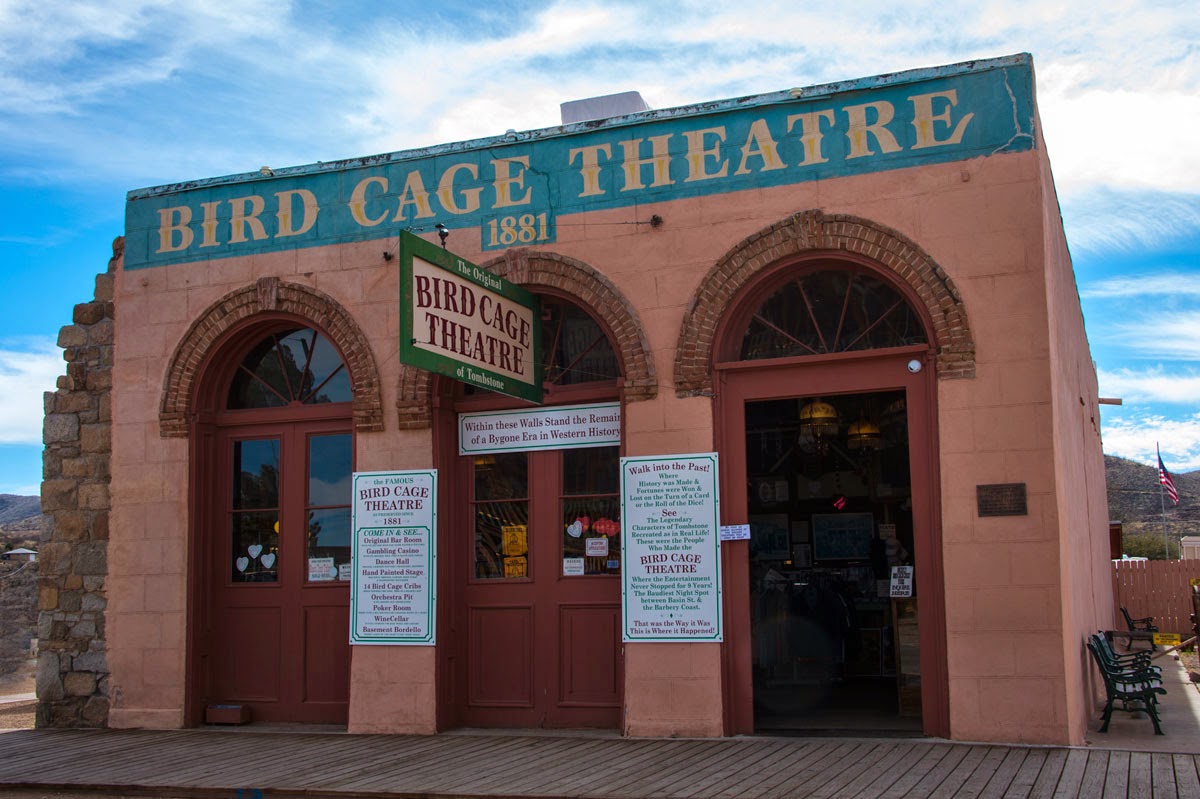 On our way out, this weird guy was dancing around, jingling and snapping to his own beat.  I took his picture and gave him a dollar.  Anyone who does this for a living, deserves a few coins!! 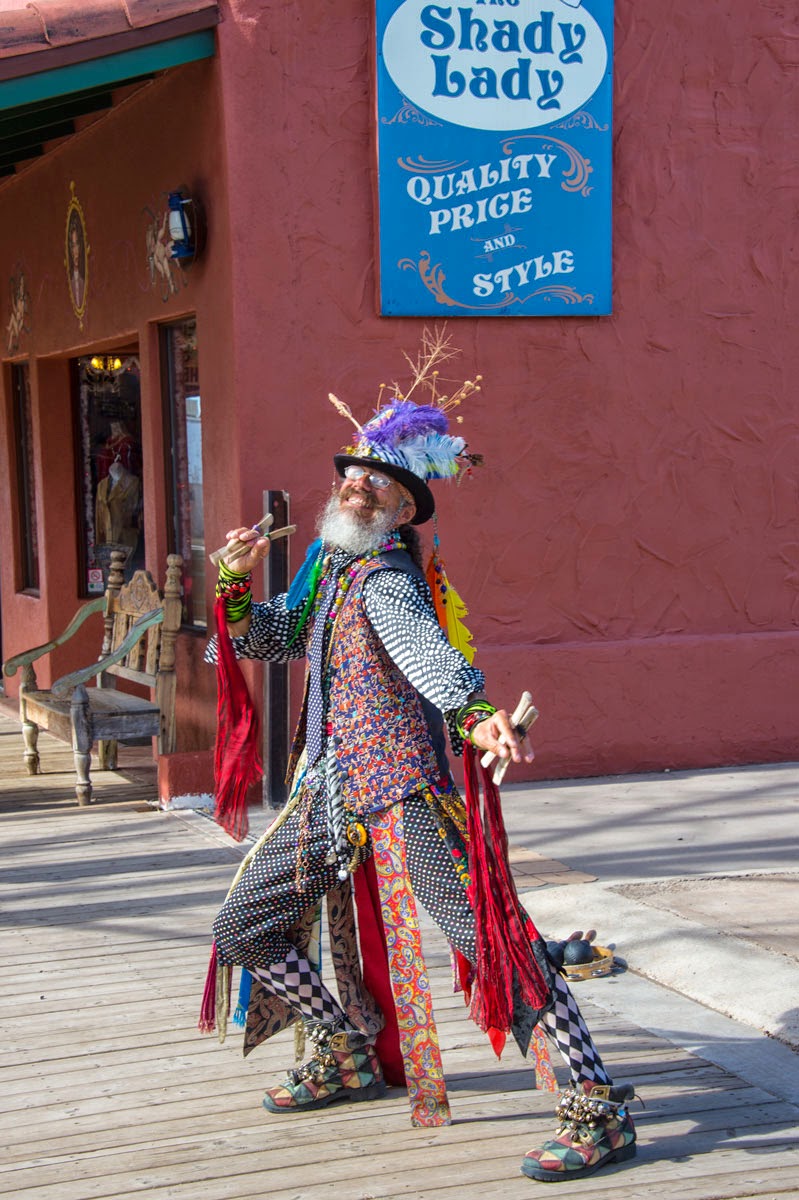 We finally got to the O.K. Corral, owned by John Montgomery.  It's another "pay here" site, so we passed on this one, thinking we might go around back for a picture, but that wasn't happening.  It's basically closed off!! 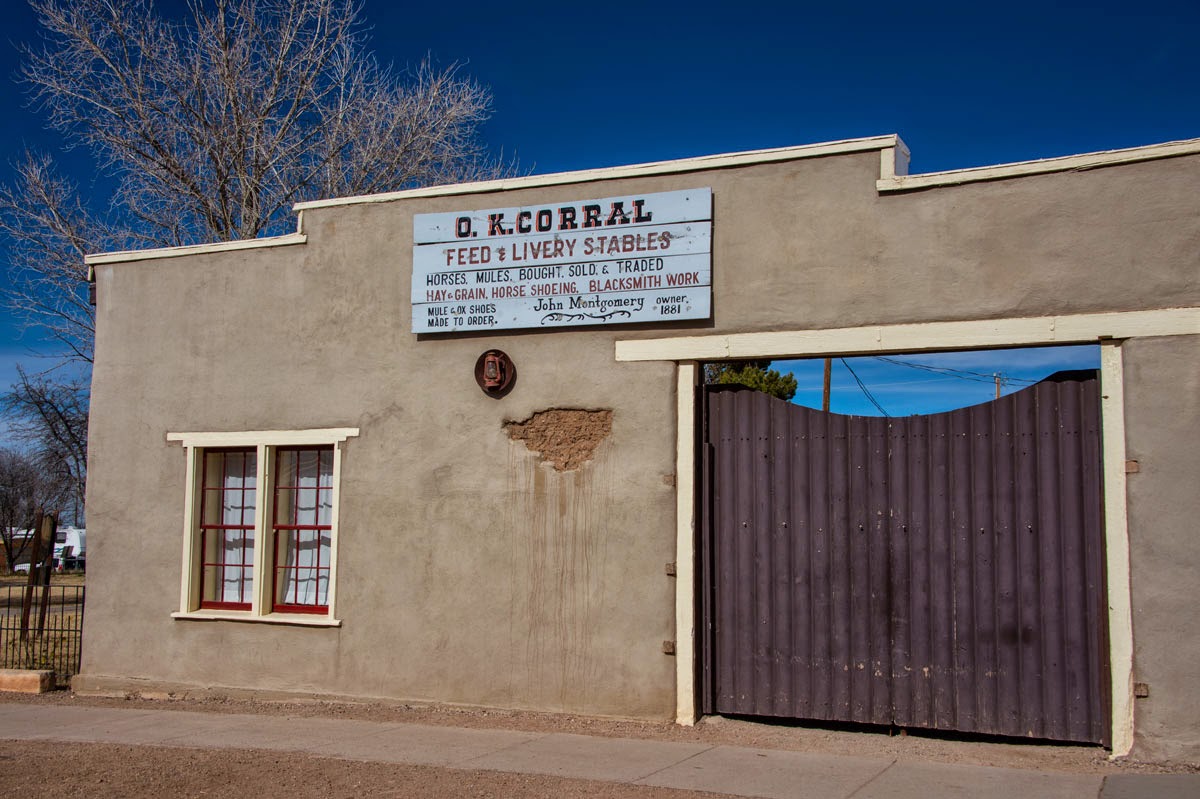 Some day I'll come back and explore more of this great Old West town!!!

Posted by Nancy Kissack at 7:10 AM