This Cleaning Has To End!!

As you know, I'm not well versed in cleaning.  This kind of stuff was meant for the SECOND daughter who never appeared in our family.  It was forced labor from day one as my Mother insisted it was MY job to clean the entire house.  Ever since, I've shied away from anything resembling cleaning or cleanup, with an emphasis on scrubbing!

Not only that, but you KNOW how stuff accumulates, and motorhomes are no exception.  I cannot tell you how many rocks I removed from all the drawers.  I must have thought they were special at some point, but yesterday they were just ROCKS.  Out the door they went along with a few odd shaped sticks.  I did save one to retrieve Cooper's toy balls from under the brake pedal.

With only one slide moved out, and that not the entire way, I cleaned and scrubbed until I was bent over like a little old lady.  The couch makes into a queen bed which I have never used for anything other than a dog hair catcher.  It did it's job exceedingly well.  Two hours later I gave up.  Next time I will tackle the floors. 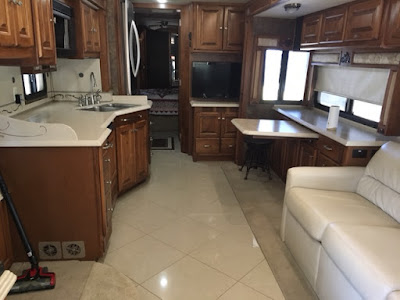 Time for a little rest and relaxation sewing.  You are right, this is not my usual color choices, but when you need almost 7 yards of backing, you go with what's cheap, or rather less expensive.  I'm showing this picture for Cindy and Ray to see the quilting.  It's a new pattern by a new artist, I think called graffiti.  Every row of quilting is different instead of duplicated.

This is why I want the long arm quilting machine with a computer, but the price is way beyond my bank account. 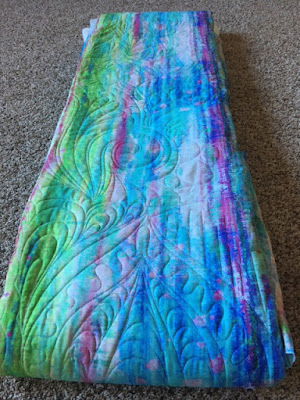 I've been struggling a bit with this one.  As you sew the next row on (or side pieces) you overlap them to save material.  Then you cut it apart being extra careful to make the cuts in the right place.  If not, you cut something you shouldn't, as of course I have done.  That requires taking out 3 or 4 seams to repair it. 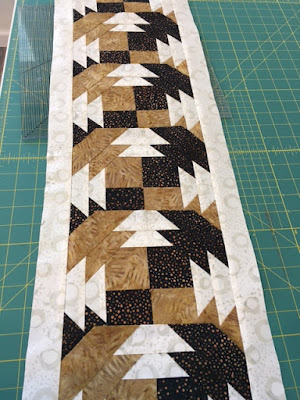 There is a lot of flipping, flopping and cutting involved, so I'm not sure how this will turn out.  The next time I see a beautiful quilt my Quilting Guru made, I will NOT say I think I can DO that!! 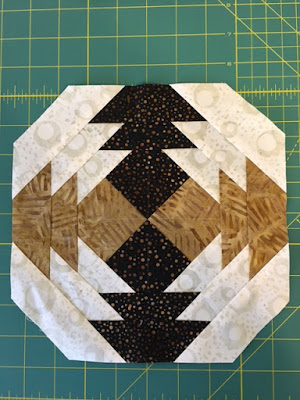 After fixing dinner, I think Every Plate is history.  It seems most every meal is the same, either tacos or some kind of meat fried while you roast everything else.  Roasting green beans is just not acceptable, or maybe it was the four cloves of garlic I put in the fig jam sauce.  Yeah, that was a little much!! 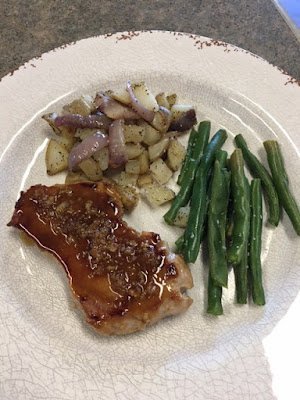 At long last, here are the quail for Jan and Bill Mains.  Not a great video at all, but I wanted them to see the size difference between their quail and mine.  I think these guys are MUCH fatter and a little taller.  Probably well fed over at the Chance residence before coming here to play.

I'm determined to get out for a ride today.  Staying home too much makes Nancy a boring (and bored) girl.  I do have one piece of news to relay.  The Tubac Art Festival, always held in February, has been cancelled.  It's a sad day in Arizona!!

Posted by Nancy Kissack at 4:40 AM