Woohoo ..... it was a fabulous day of SNOW!  This was my first indication at around 5:00 am when it started to fall from the sky.  Sadly I don't see any more in the forecast, so I took full advantage while it lasted. 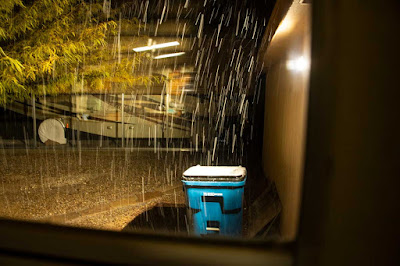 In no time there was a nice dusting on the side of the back patio.  The puppies weren't sure what to think.  It caused a little slipping and sliding, so they were having none of it!! 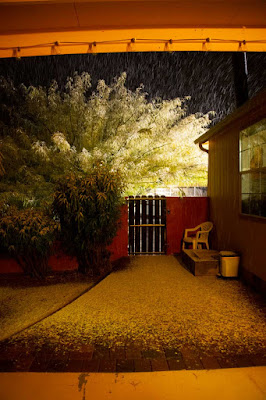 By 8:00 there was even more as the clouds went from this to whiteout in seconds.  Across the canyon red and blue lights were flashing since apparently some people in Arizona are not good snow drivers. 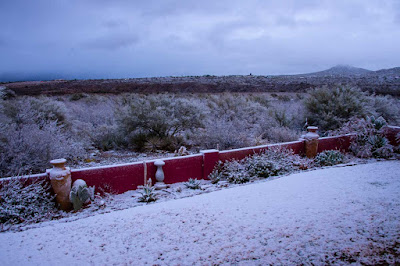 I sat bundled up on the patio drinking in the view along with a SECOND cup of coffee, just because it was so pretty. 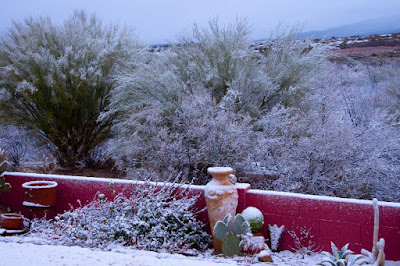 The temps stayed around 32 and the snow kept falling.  I finally went inside and did a little sewing so I could warm up a tad. 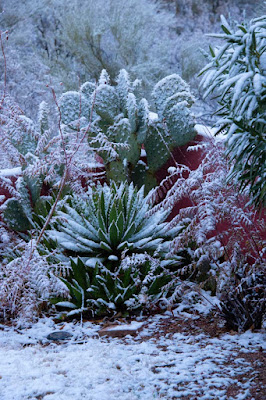 I made one trip down the trail to the water station, but didn't see one single critter, nor any tracks.  I didn't even put the game camera out, since I figured it just might freeze!! 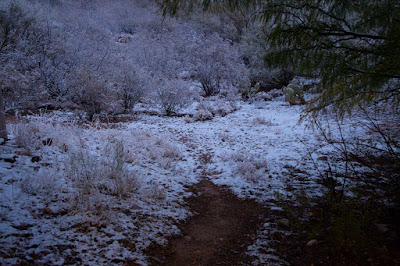 Pretty soon it quit and began to melt.  Awwwwww ..... but in a flash, it began to snow again and continued most of the day!!  How cool was that? 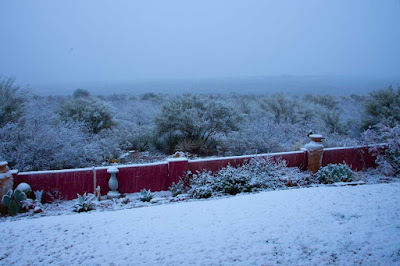 Here's one of the most interesting photos I've ever taken.  This poor little hummer would come and sit at the edge of my roof to stay out of the snow.  Look VERY closely.  Now you know how they eat from a hummingbird feeder.  That's his tongue sticking out ... he was tasting the snow as it blew underneath the edge.  He would occasionally fly off, but always came back until late in the day. 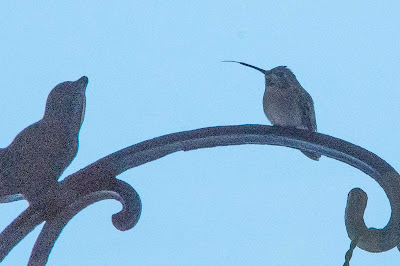 Finally in the afternoon the sun came out, sadly melting everything in my yard by 7:30 last night.  It was the BEST snow day in a long time. 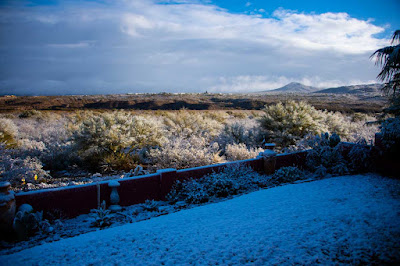 Last one, just to show you how big the snowflakes were.  Snow in the desert ... it was an epic day! 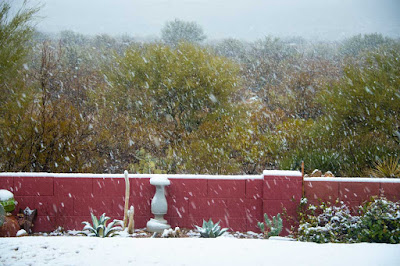 By the way, if you want to check out some REAL snow, visit Patsy in Canada!

Posted by Nancy Kissack at 4:34 AM