I could have stayed in bed were it not for the puppies playing tag on my back.  They wanted out, as in when you gotta go, you gotta go.  That 3:30 train didn't help.  Cooper snuggles made up for it.

I didn't hear the patter of rain on the roof, but it's been happening on and off all night.  The desert really REALLY needed a drink, so I hope it continues for a few more days.  It has helped my humidity too.  I'm all the way up to 27!!  WOOHOO!!

I was finally able to figure out how to trim these movies to size.  It's rather weird that one should be bigger than the other since they are all filmed at the same size and the same speed for the same time.  At any rate, check out these two.  They are a little skittish due to the strap flapping in the breeze very near the water.

The older females don't seem to mind however.  Now THIS was interesting behavior.  I expect the males to mark their territory, but not the females.  There must be a little jealousy going on because right after this one, a second female did the exact same thing in the same place.  Look at the time.  This is MORNING!

Glad I got that "your file is too large" thing figured out.  After that, I spent most of the morning again cleaning the rig.  Since I'm not traveling for 9 months out of the year I really don't need all that JUNK, or rather really important cooking implements.  I did leave the fire extinguishers, just in case. 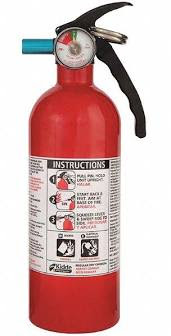 I have about half of it clean, but the worst is yet to come.  The couch and the living area will take the majority of time.  With all the wind, it seems to have become a vacuum cleaner for dirt and dust.  The part that really bothers me is all the screws I seem to find here and there.  Where the heck did they come from?  Surely they just fell from the sky!!
One last discovery for the day was these corn tortillas from a carniceria not far from here.  These are probably about as close as I'm going to get to those tortillas I had in Yuma.  They are thicker and so don't break apart as easily.  I'm sure if I fried them quickly in hot oil, they would be even better.
Back in the OLD days, I do remember ALWAYS frying those tortillas for tacos.  Nowadays we are all about NO OIL ... HEALTHY ... but mostly flavorless.  Today I'll try frying one just to see the difference. 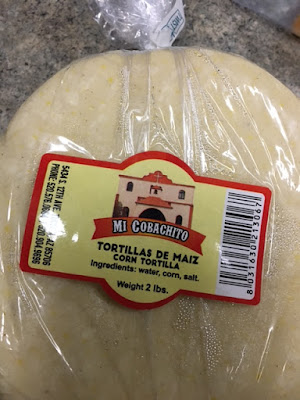 In the meantime, I'm now on the hunt for the pinkish sauce.  Elva found a recipe for same using sriracha, which may just be the secret.
I already duplicated the salsa.  I bought a container at the carniceria and ran it through a chopper I found in the rig.  You know, the one that I almost cut my finger off with a couple years ago.  Had to drive to the ER with my hand in the air.  Everyone thought I was waving at them.
I'm really glad that hasn't happened here since the ER is a long drive!!
This morning I'll be madly cleaning the house so my neighbor doesn't see what a terrible housekeeper I am.  She's coming down to help me with cutting the pieces for that quilt.  It's good to have nice neighbors.  Now let's go FRY something!!

Posted by Nancy Kissack at 4:42 AM