Have you seen that commercial where the cowboy says that guy is from New York City??  Those were my exact words when Barbara said we were going to Hyde Park, right outside New York City!!!  Gosh, I know I've driven this rig all over the U.S., but those big cities scare me to death!!  Come to find out, it's about 120 miles away, so I relaxed ....... a little!!

We left our Walmart Campground after this guy who parked directly in front of Tom's rig, finally and with a high measure of disgust, moved his car out of the way.  Really?  You had 40 acres of parking lot to park in ... and you choose to be directly in front of a motorhome and make your wife walk the entire distance to the Walmart door?

The scenery was spectacular as we headed south.  It's just green and beautiful (when there's no snow) and surprisingly traffic wasn't at all bad!! 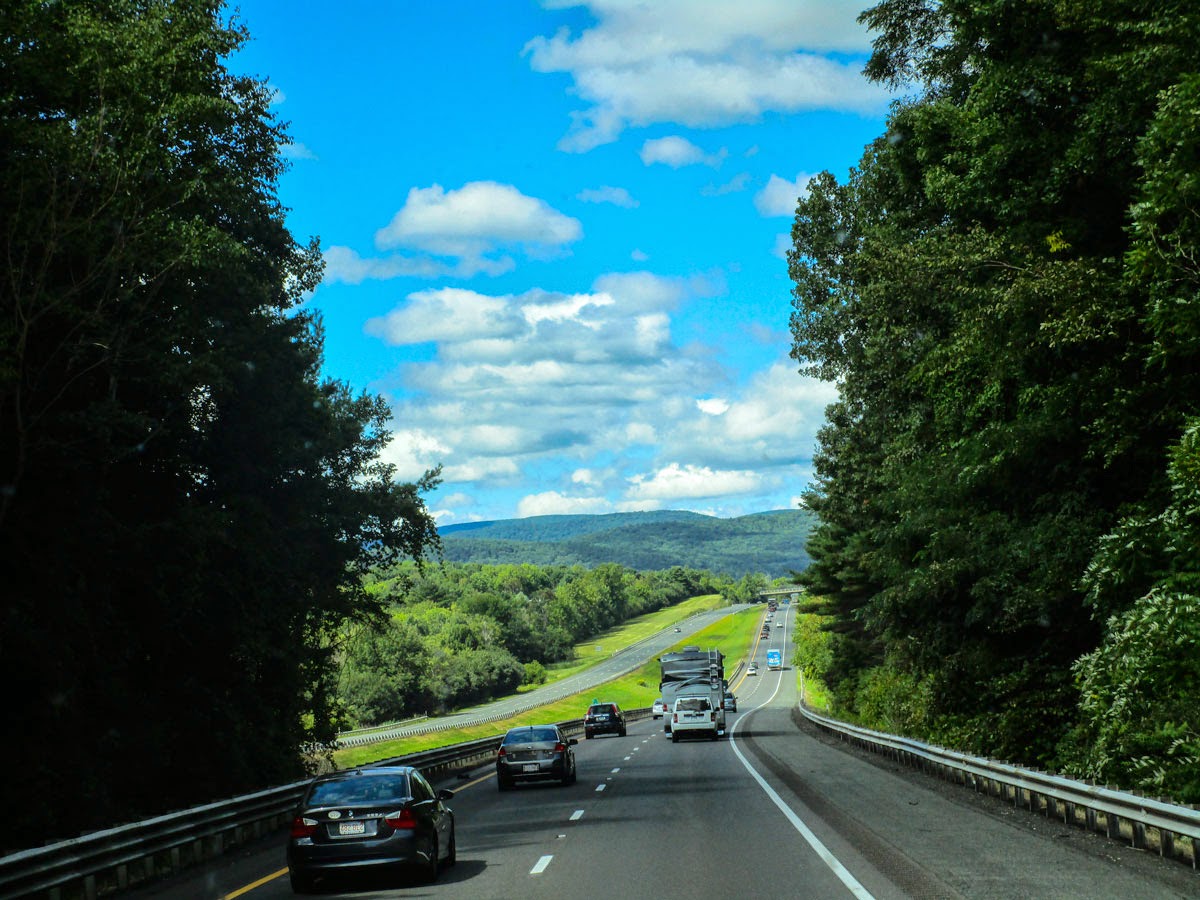 Just before we left Massachusetts, we picked up a geocache at a truck stop and paid what I was sure to be the last toll. 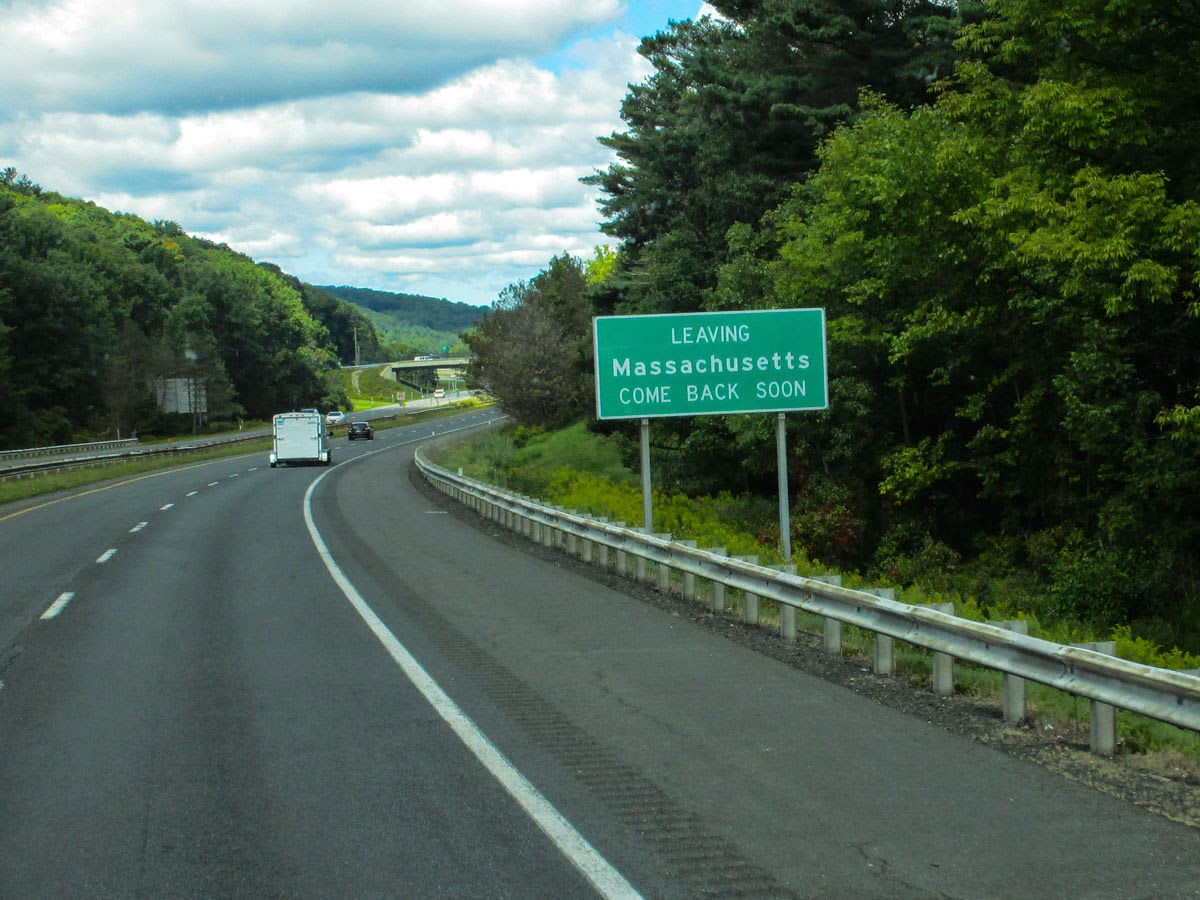 Welcome to New York!!  Another toll booth!   Thanks to Barbara's finger on the internet map, she guided us flawlessly around the 12'2" overpasses and absolute mess of highways. 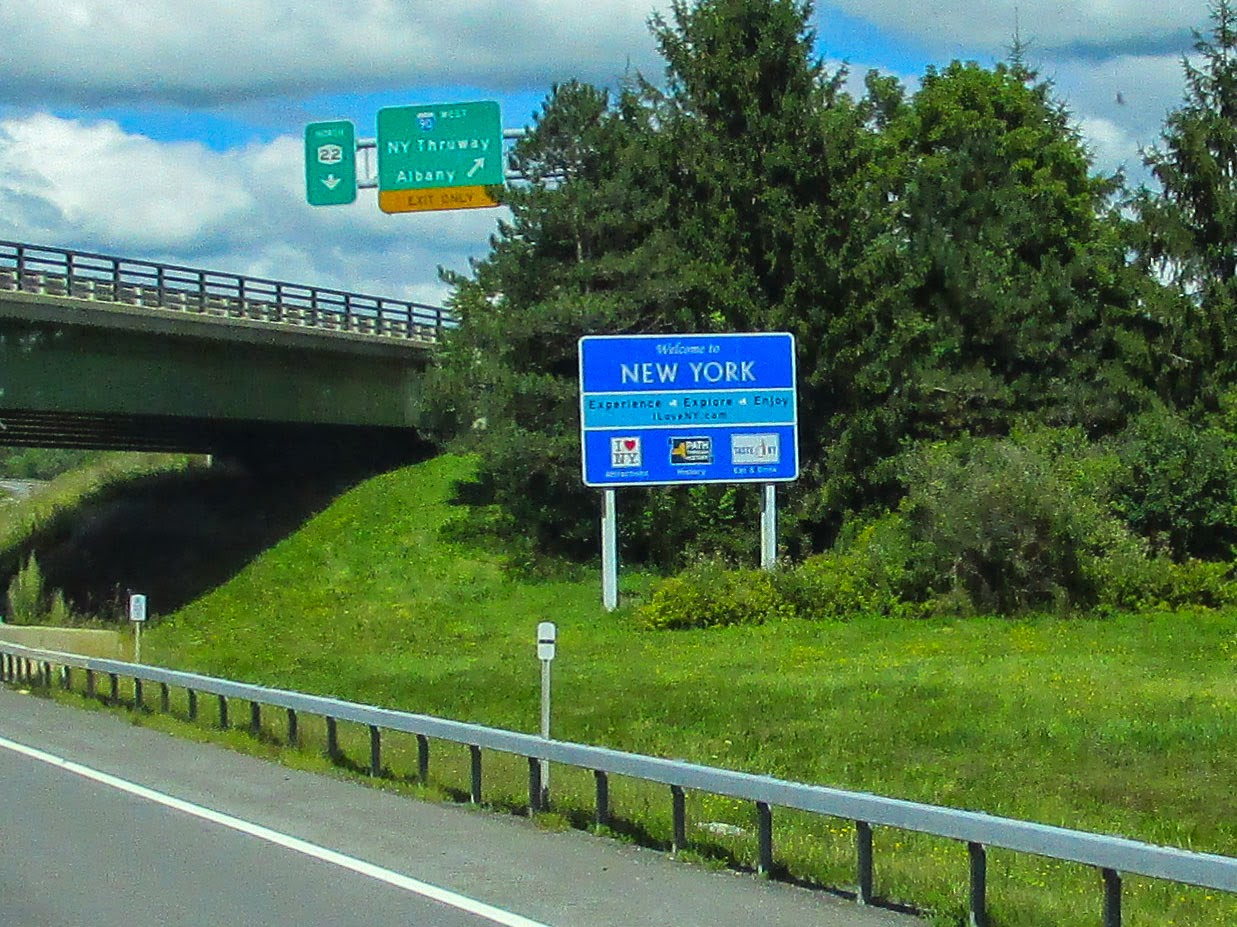 New York is terribly fond of round-a-bouts!!  I don't know who the salesman was that talked everyone into these, but he made a killing in New York!!  This one is out in the middle of nowhere!!! The drivers didn't get any better across the state line however.  One guy in a real big hurry passed me on a no-passing strip, forcing the oncoming car clear off the road!!  Yikes!!!  As I was stopped (first in line) at a stop light, some guy pulled in FRONT of me, blocking the intersection until the light turned green, which he couldn't see until I honked at him!!  I wish I had a dash video camera!! 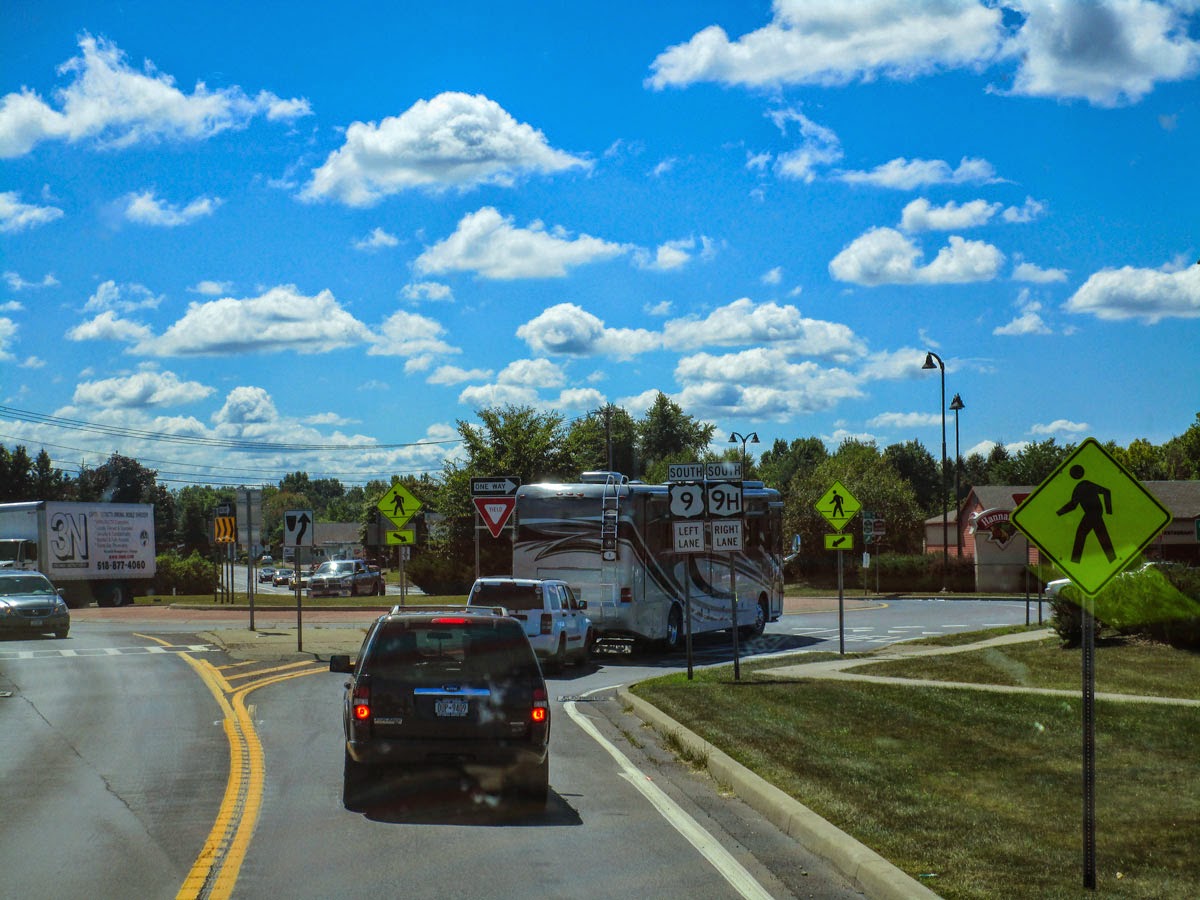 And speaking of killing, I kept seeing Rock kill, Eagle Kill ... what's with all the killing around here??  We found out later that kill means "creek".  Just like Loch means lake ..... comes from those early settlers.  It's hard to believe we are not far from New York City and are on a narrow two lane road going through small town USA.  They even have angus cattle here ... weird angus cattle, all lined up in a straight row eating!! 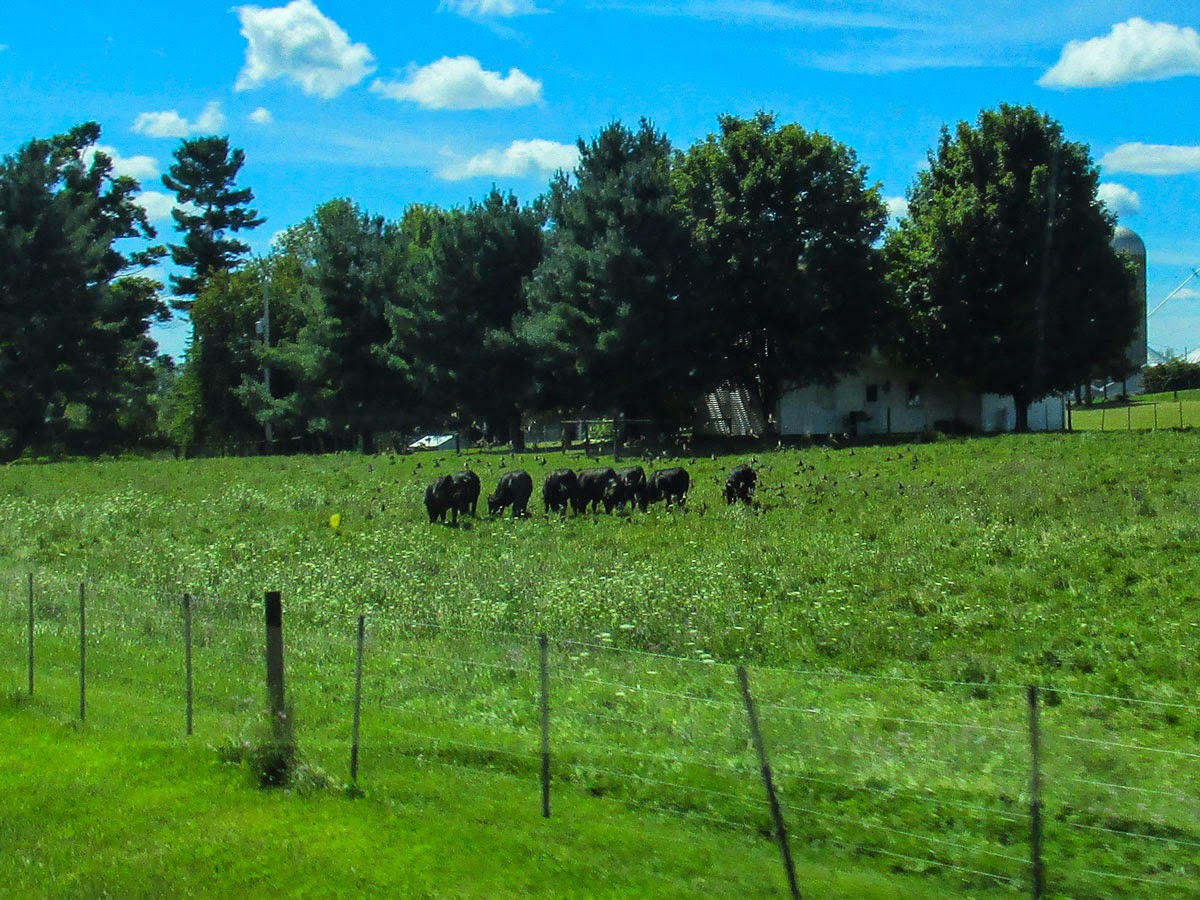 Barbara found only two places for us to park, both some miles apart.  Being it's the last big hurrah weekend before school starts, EVERYONE is camping out.  The Moose Lodge in Hyde Park was one, and when we pulled over to let a mile of cars pass us and found these two guys watching traffic, Barbara jumped out to ask for directions.  Turns out we were very close to our destination. 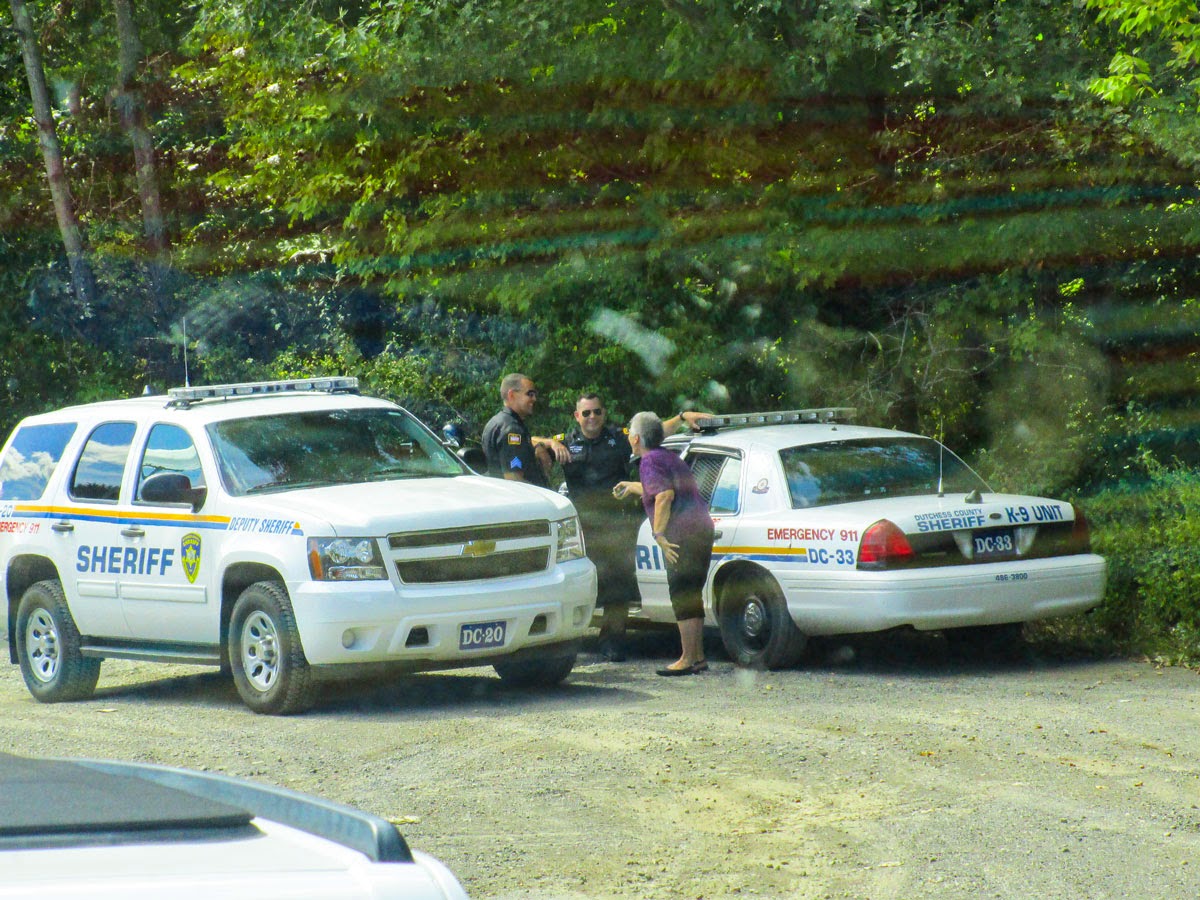 As we pulled in to the parking lot, Tom came out to talk to Tom about staying for a couple of nights.  Unfortunately, they only have one 30 amp hookup, which the Westerfields graciously offered me for the fridge and puppies.  Since we had plenty of fuel, they decided to dry camp instead of looking further for another place to plug in. 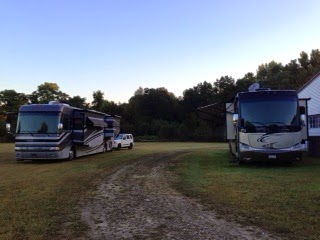 It wasn't long before the sky began to change colors and the sliver of a moon peaked out from behind the clouds. 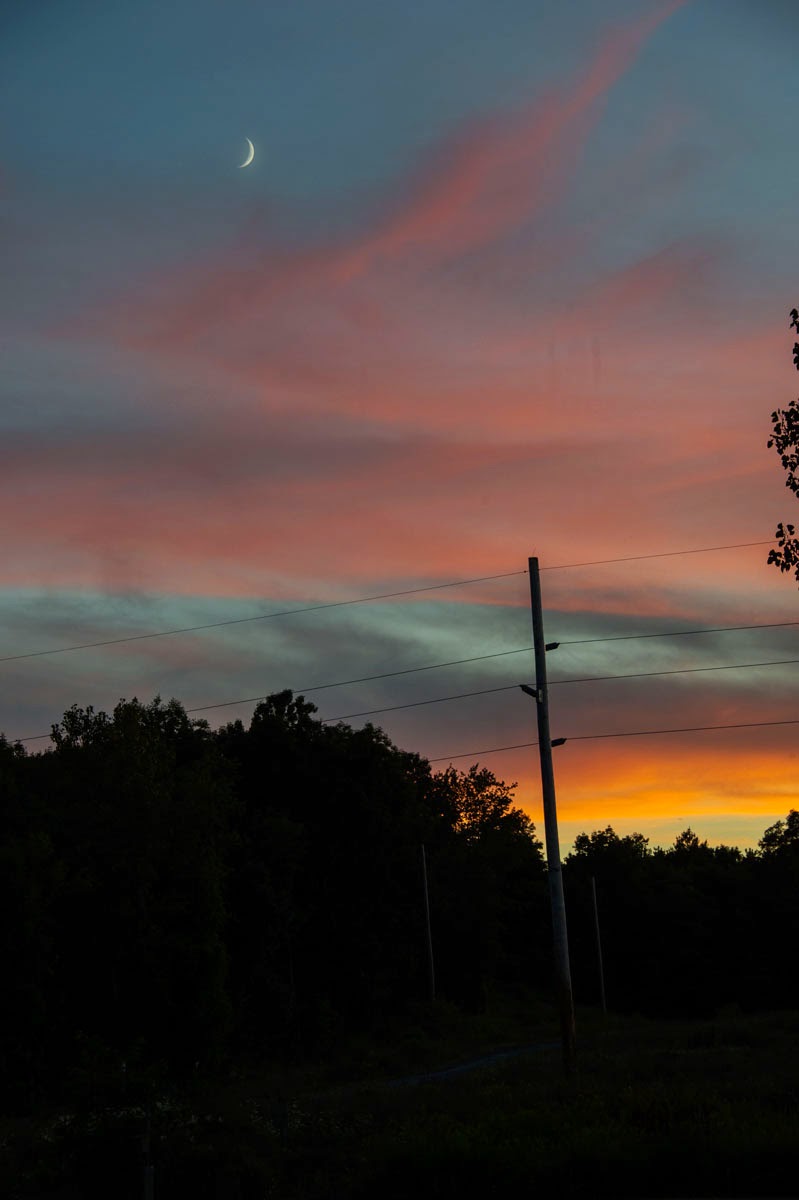 What a perfect spot to stay while we check out the rich and famous!!  The Vanderbilt Mansion is on our schedule along with the Franklin D. Roosevelt Presidential Home and Library. 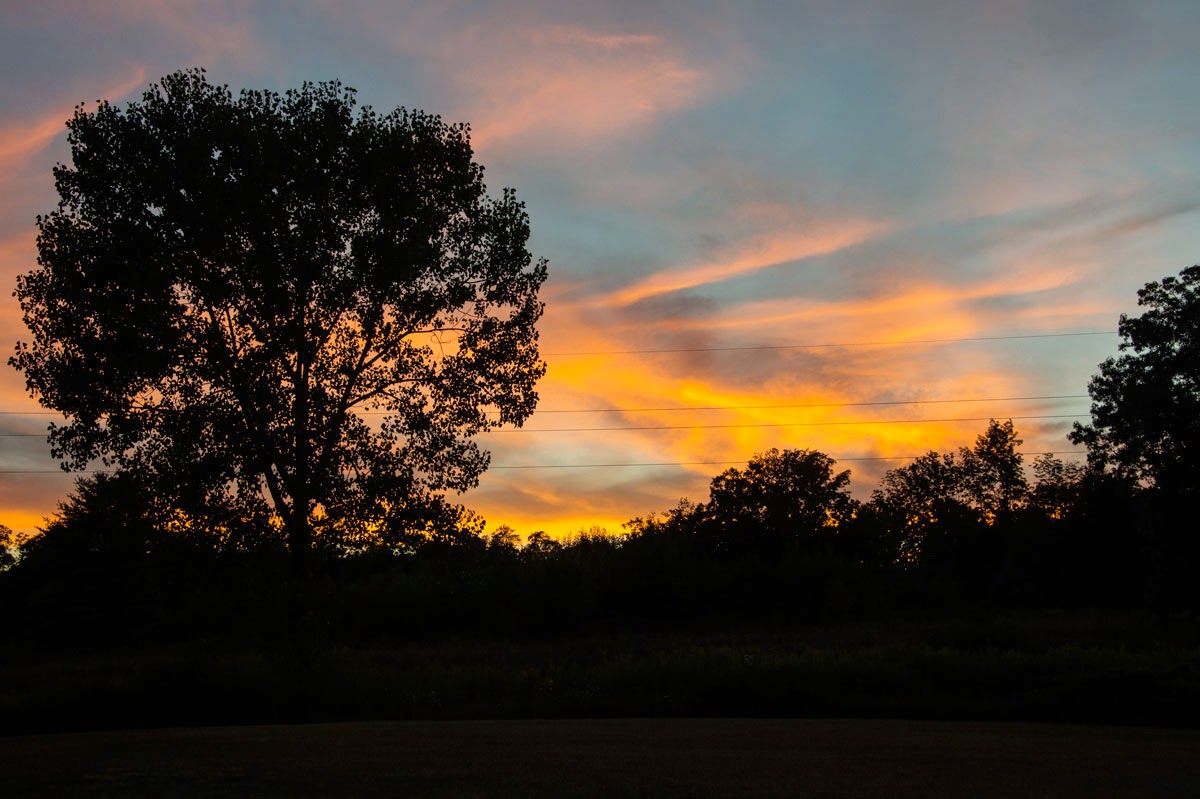 I couldn't help but take one more picture of the sunset reflecting in these old windows.  Thank you New York for such beautiful scenery and amazing sunset!! 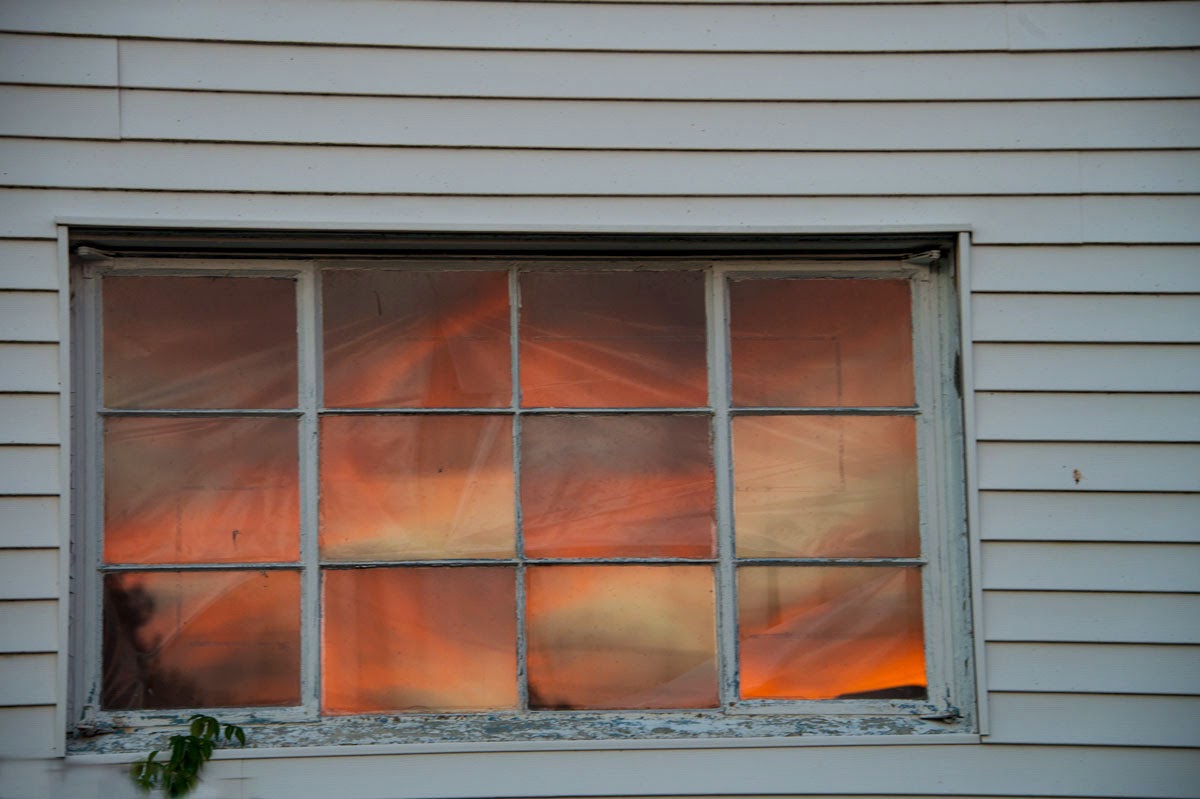