In spite of the cooking disasters that seem to stalk me, from time to time I really do turn out something delicious!!  Lately, it's been because I'm using Miss Terry's Kitchen recipe book.   I checked out the meatloaf recipe and decided to free lance a little bit, which usually doesn't turn out so well.   Having eaten the delicious taco meat for three days, I was craving something different.  Like the recipe suggested, I added a few more spices, lots of garlic, some ground pork, used up some old bread and baked it on a cookie sheet instead of in a pan (not so greasy this way).   As seen on TV, I even layered it with bacon.  Meat not being as sensitive as a carrot cake, I baked it on my convection/bake setting at 325 degrees for 60 minutes.  Perfection!!! 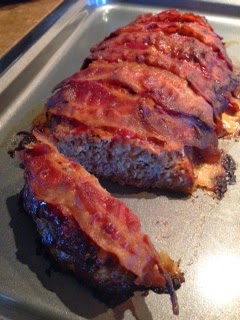 It was yummy!!!  Due to the bacon, I'm sure.  For the first time, I was thrilled to be able to cut slices that stayed intact!!  It should have been accompanied with Mac 'n Cheese ... the real stuff from scratch ... but since the diet is always looming over me somewhere, I just had veges!!  I'm so excited to have meatloaf sandwiches for a few days!  If you haven't ordered Miss Terry's book, you should check it out!!  Miss Terry's Kitchen

I ran several errands yesterday, including picking up my new sunglasses.  Now I can SEE!!!!  I pay a pretty penny for my glasses because Graham Eye Clinic provides the best service I've known.  There's not much bedside manner there, but once you get to Joyce and Terry for frames, it's a different story.  Unlike many of my friends, I have never returned a pair, or not worn them because something wasn't right.  They get it right every time!!  With these new glasses, I can see up close, I can see and read my GPS screen just past arms length in the RV and I can read street signs before I pass them up!! 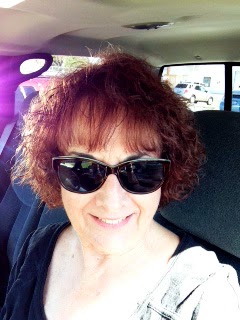 I saved the best for last!!  Nikon has just released their new D4s camera.  I sold my old full frame camera that was having issues, but decided the new one was just too much money ... I mean really, if you aren't a professional photographer, this camera is overkill. 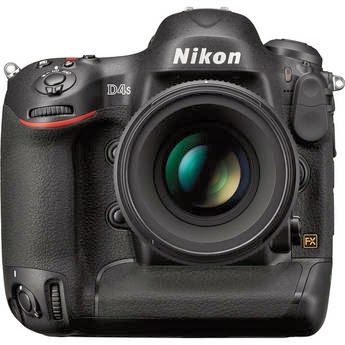 THEN I read a review from Moose Peterson, nature photographer, living in Mammoth California.  He shoots places I like a lot ... Bodie, Yosemite, Alaska, Costa Rica ... and he's the best around!!  I've had some dealings with him and his lovely wife lately, and respect his knowledge and artistry a LOT!!

The first D4s' made are basically given free to those photographers who grace National Geographic and the like, and who will test drive them to the max.  After reading Moose's review, I was sold.  It's the best camera on the market for focusing on moving targets .. animals, birds, baseball players ... right up my alley.  Unfortunately, Nikon makes them one at a time ... and when I placed my order, I was number 251 on the list, behind the first 500 or so that go to the professionals.  So the wait will be a long one and I'll be on the edge of my seat until I get a shipping notice ... which creates another problem ... I will be on the road when it ships and will have to coordinate delivery with a UPS store somewhere in the US.  No matter ... I'm as excited as a little kid with a new toy!!!
Posted by Nancy Kissack at 7:59 AM