Good thing I got up early.  I totally forgot about emptying the fresh water tank of the ever tasteful Arizona water and replacing it with good Buzzards Roost drinkable water.  That accomplished, rather easily I might add, I proceeded to pack up the dogs for the trip.  Never having been in a large RV, both Cooper and Jessie were suitable impressed.  I was a little afraid that they would not stay on the couch while I was driving, so I included my doggie gate.  Do they look nervous to you??? 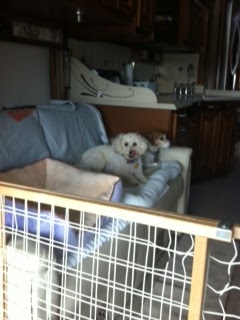 The good news is they never got off the couch.  In fact, I think they were frozen with fear cuz they never moved an inch!!

Somewhere along the way I was supposed to meet up with my friend Cyndy who would follow me up in her car.  Well you know how that goes ... best laid plans.  She sent me directions for a completely different route than I was taking.  After a few phone calls, we decided on a place to meet ... where I waited ... and waited.  Come to find out, she was 45 minutes away in Woodland (??) so I continued on in the hopes of meeting her at the first place I could find to pull over, which was Trowbridge.  I know, I never heard of it either!!!  This image is probably the reason why!! 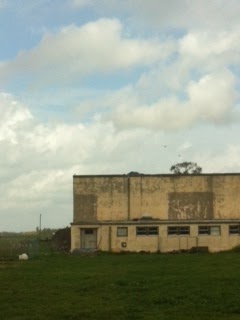 Not much here ... so after waiting another 30 minutes, I received a phone call and now she was north of Marysville??  Okay Cyndy, I'll just meet you in Chico. 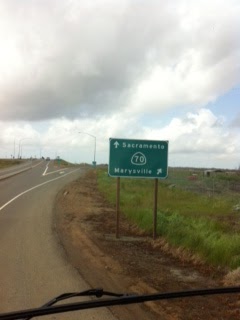 Luckily the weather stayed overcast but didn't rain.  I say luckily because I couldn't seem to find out how to turn the windshield wipers on!!  Further down the road, I saw Cyndy parked off to the side, and I waved as I passed by!!!  It was a nice trip, a little windy at times, but nothing compared to Arizona. 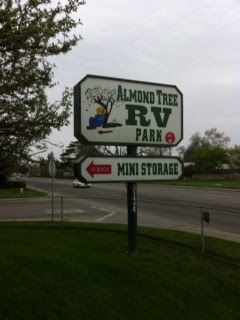 The Almond Tree RV Park is a great facility.  Lots of room, well trimmed trees so my satellite works, level pads and a huge grassy area surrounding the entire park for dog walking.  The clubhouse here is large, clean, has a great kitchen and the nicest (warmest) restrooms ever.  I highly recommend staying here!!!  Even has a pool, but it's just a little too cold for swimming right now. 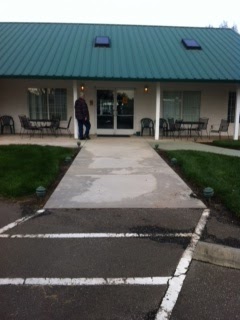 I'm sure the surrounding area has lots of sites to see, but the main one I wanted to check out was the Bidwell Mansion.  Darn ... it's only open Saturday through Monday.  That will have to wait for the next trip.  Met some very nice people here who taught me to play "sticks" (don't ask, it's too hard to explain) and tried their best to commandeer me into holding an "office" of some sort, but amazingly, I instantly became very good at saying NO (with a capital "N")!!!  So my next trip is to >>>> ????   I'll let you know ...........
Posted by Nancy Kissack at 11:52 AM