You all know, patience is not my forte.  Try as I might, I just get frustrated, stay awake all night long fretting and get up cranky.  Such has been the case lately with crazy California and what's going on in the world.

It was a nice break in the action to take Doug Laning over to the Mission San Xavier Del Bac for a few pictures.  Sadly, even though their website said they were open, everything was locked up tight and a big CLOSED sign was at the door. 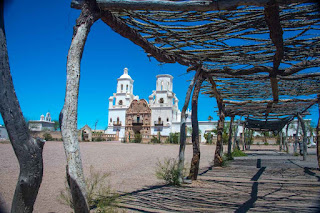 We walked around the outside, then up on the hill to the grotto, but it's the inside that makes this the most fabulous church I've ever been in.  I told Doug I would post a few pictures from year's past just to whet his appetite to return next year when it is again open. 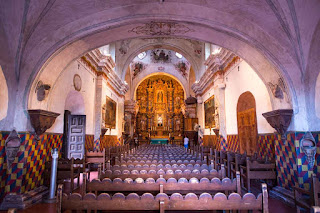 The pictures don't even begin to do it justice.  It's a must see in person. 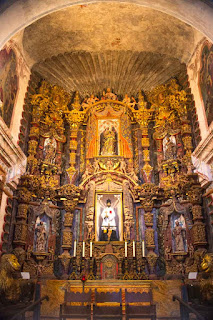 One of these days I will go back and ask the question:  Are these amazing features carved in to the adobe walls themselves or were they carved separately and somehow glued to the walls?  Here you go Doug.  Put it on your list for you and Dolly to visit. 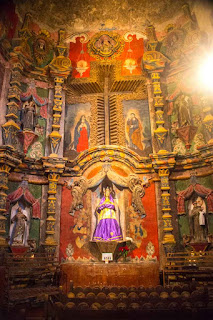 In my back yard, patience is a virtue also.  I kept spotting red, or what I thought was dark pink.  I really couldn't see, so I grabbed my camera and began to shoot, not really having a clue if I caught anything or not. 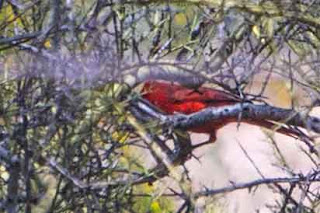 There were three birds flitting around my Texas tree of beautiful gold baubles.   When I processed the images, look what I got!!!  Cardinals in my very own back yard.  I can't believe my luck.  Not great pictures, but you get the idea. 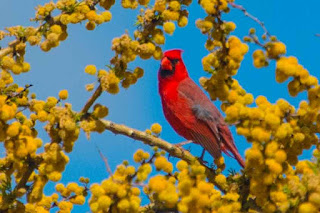 And for your viewing pleasure, here is another terrible image.  Momma is now sitting on her nest of two eggs.  This picture is from squeezing between two pieces of the bedroom blinds and shooting through the glass with twelve branches between her and I.

It took lots of patience just moving an inch at a time so I didn't disturb her.  She has added all kinds of dry leaf pieces around the edge of her nest.  Nice decorating work!! 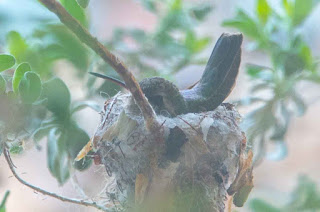 THIS is where the real patience has come to play.  I've been calling Phil the Blue Ribbon Paver guy for 6 weeks now, trying to get him to finish the front porch.  Four times he said he would send his crew out and FOUR times no one showed up.

I finally called Home Advisor (where the recommendation came from) and told them I wanted to revise my 4 star rating.  I explained the problem, whereupon the very nice lady changed everything to a ONE star and stated why.

She said their protocol is to call the contractor and give him two days to respond.  If not, he's off their list forever.  Woohoo!!

He called me in less then ten minutes.  Oh so sorry .... he completely forgot.  How could he forget when I called him four times and four times he said he would show up?  Sad excuse.  At any rate, the crew showed up two hours later and began work.  They will finish up everything today.  Sometimes it does take PATIENCE, even though I have a minuscule amount. 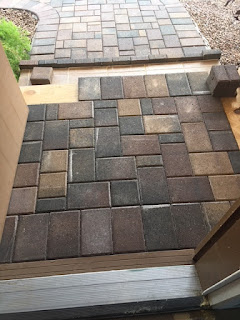 Word is now that California is going to relax their regulations in spite of the President saying it's HIS choice, not that it matters to me.  With my porch completed, I'll be heading back that direction in a couple of weeks regardless.

I still have more "escape" images and three more hot dogs to eat.  Maybe those chicken dogs will increase my patience level.