If you visited my house, you would probably hear me say WHAT THE HECK? a hundred times.  It's my newest catch phrase, and fits in well with the current environment.

First off, I rarely watch the news.  It's just too depressing to hear nothing but bad all the time.  I try to check in on Sunday mornings.  So when I heard about the latest lettuce crisis in California, my ears perked up.  I'm a romaine girl from way back and had just purchased some at the store for my salad craving.

Then I heard it ..... e coli AGAIN!!  WHAT THE HECK?  I wondered why the shelves were practically devoid of romaine.  Salinas Valley, you've done it again.  Throw out everything ..... don't eat it!  Over 40 people are sick!!  I probably could have taken it back, but it would have cost $8 in fuel to get across town.  In the trash it went. 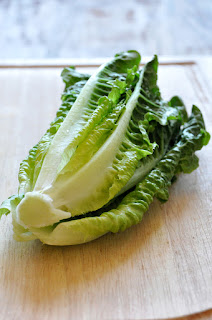 My company, such lovely lady she is, always brings dinner, or takes me out to lunch.  It works perfectly for me.  This time she stopped at Costco and picked up some of the most beautiful ribs I've ever seen.  WHAT THE HECK?  I didn't know Costco sold cooked ribs!!

They were huge, seasoned perfectly and cooked to perfection.  We smothered them in some amazing barbecue sauce.  BEST RIBS EVER!! 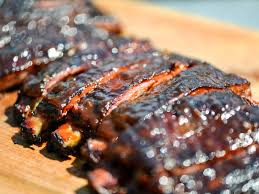 I worked on the eleven more squares I need to complete before finishing up this quilt.  I swear it's cursed!!  I've never sewed so many pieces on backwards in my life.  My seam ripper was red hot from all the action.  WHAT THE HECK?  How come I can't seem to sew these simple nine squares together?   This pictures is after cutting those perfectly good nine squares into four pieces and resewing them. 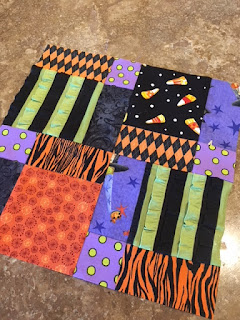 Finally finished, but forever frustrated, we sat down to watch some Monday night football.  WHAT THE HECK?  What are those awful uniforms the L.A. Rams are wearing?  They are yellow from head to toe and look like bananas running around the field.  How embarrassing, not only the uniforms, but they got whipped by the Ravens 46 to 6.

Time to let the dogs out and hit the sheets.  I flipped on the light and opened the door.  WHAT THE HECK???  There was a HUGE dog on my patio with a dachshund hiding behind him.  I slammed the door, catching my poor Cooper on the shoulder.  Jessie went ballistic!!!

The noise was so deafening that I had Cyndae grab Cooper and I picked up Miss Jessie, running them into the back bedroom.  Then I went to find out WHAT THE HECK!!!  I thought they might belong to my neighbor, so I called.  Lucky for me, he was home.  He came right over, and sure enough, they were HIS dogs in MY back yard.

How the heck did THAT happen?  I grabbed a flashlight, thinking they MUST have broken through the fence somehow.  I could find not one disturbed board.  The gate on one side is padlocked.  Maybe someone saw them roaming outside and put them in MY backyard?  Unless this was all a big joke, I've no idea how in the world they could get there.

Finally able to let my puppies outside, I was wide awake.  WHAT THE HECK!!!!!  It was just that kind of a day.

So here's a public service announcement.  Take your frozen turkey OUT of the freezer.  You should have done it yesterday in order for it to thaw by Thanksgiving ..... and don't forget the giblets inside.  That way they won't have to say WHAT THE HECK???? when you place dinner on the table.

Posted by Nancy Kissack at 5:43 AM