It's a first in my fifty year life of computer operations.  I've been deleted.  Here's what happened.  Way back when, maybe 15 years ago, I signed up for FarmersOnly.com just for giggles.  Hey, you never know, you just might run into Mr. Millionaire Horse Ranch Owner looking for a REAL cowgirl.

More often than not, it was just something to keep me occupied for a few minutes every morning as I scanned the images of my matches.  It always gave me a good laugh and made me realize I was probably better off single. Maybe this works better in the Eastern States than it does in California.  Most of the men on my screen looked like homeless camp rejects or prison inmates.  The best one EVER was the picture of two cowboys in their 60's, standing up tall with their cowboy hats, boots and skivvies.  Nothing else.  Yes, it was a sight to behold.  What more could a woman ask for. 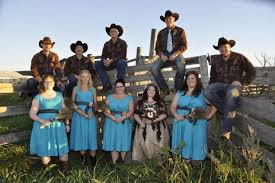 Here's a good example.  I left his one blurry on purpose.  Not that I'm being picky mind you, but these guys might get a lot further if they kept their clothes on, at least until you met in person.

Every single day I would receive my matches, until last Friday.  Apparently I'm deleted, scratched off the dating list of available bachelors with a single key stroke.  I truly thought it would never happen.  My spam inbox has been void of my fabulous picks for three days.  It's so sad.  Now I will only have to delete 399 emails every morning.  Maybe I should join Silver Singles instead!!

In the meantime, I've been fighting Mr. Cooper's finicky appetite with fresh barbecued turkey.  Might I say it doesn't work as well as barbecued chicken.  First off, it was too tall to sit upright and close the lid.  What else could I do but lay it on it's side.

I might have baked it in the oven, but my oven is HUGE and uses probably $25 worth of gas to bake anything.  Even the Breville wasn't big enough.  Thus we ended up with charred turkey on one side.  It's okay though ... I ate that part and chopped up the rest for Coop.  He was happy to wolf it down, THIS time.  In a couple days, I'm sure he will want something new. 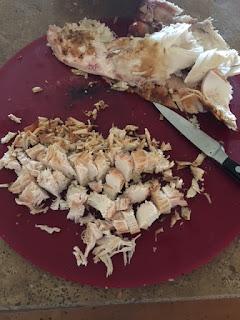 I spent the rest of the day sewing the binding on this quilt.  I love the colors and violet patterns, it just doesn't go in my house at all.  I'll add it to my ladder of finished quilts until it finds a home. 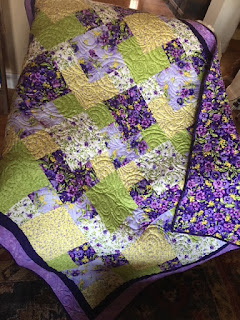 Yesterday's Special Needs bingo for kids was interesting, to say the least.  There are actually special need adults included in the mix.  They absolutely love to hug everyone, so we all had to join in.  I'll relate that story tomorrow, because right now, I'm going to go double check my spam folder for my list of Mr. Rights, just to be sure.  I might be back on the list!!