After visiting the fairgrounds and finding out the 50 amp spots were few and far between, I packed up and drove the short few miles so I would be sure and get one.  Unfortunately, the guy who SAID he was leaving, changed his mind.  I pulled over and waited in the wings, hoping something would open up.  It didn't.

Time for a 10:30 ice cream break, then I took the puppies for a long walk.  They love getting outside. Are two dogs hard to handle you ask?  Yes ... yes they are sometimes.  They never seem to want to go in the same direction.  I don't need to do hand strengthening exercises, I have two excited puppies to hang on to!!

With no 50 amps opening up, I finally backed into a 30 amp spot for the night.  It works fine for everything except the clothes dryer.  I just can't run the microwave and heater at the same time.  You know how that goes.

Since Patty and Dan's son Mark and his wife Shandra, along with granddaughter Laila were all coming to Sunday dinner, I threw together a potato salad.  It's something I can actually make that doesn't require cooking ... only boiling water, which I can do.  I don't make it very often, because I EAT it ... all of it!!

On the way over to dinner, I noticed the rain clouds were picking up and dumping quite a bit of wet stuff just South of us.  The clouds were SO close to the ground.  That doesn't happen where I live. 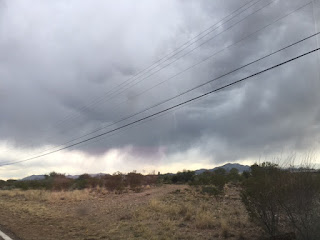 I saw several flashes of lightning but didn't bring my "real" camera.  Gosh darn ... I'm going to miss the opportunity to photograph lightning. 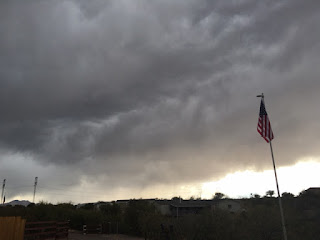 As we stood on the Chance back porch, the lightning struck and the thunder rolled at the exact same time.  That's CLOSE!!  RATS!!!  I missed it.  Then it dawned on me how to make it work!  For anyone wanting images of lightning, here's how you do it if you have a smart phone.  Instead of a picture, take a video. 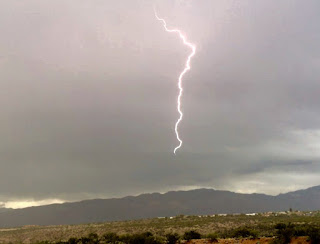 After it strikes a couple of times, stop the video and replay it on your phone.  You can pause it just when the lightning strikes.  I'm not saying that's easy since it's faster than light, but once you get there, just take a screen shot.  VOILA!!!  Images of lightning.  Try it next time you're in a storm, just don't stand out in the open with your arms up in the air. 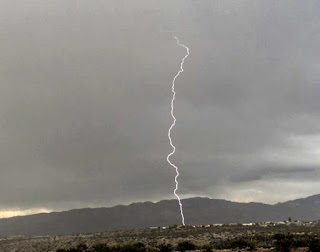 Back in sunny drought ridden California, it's been raining cats and dogs.  Most all of the small dams and reservoirs have been overflowing, causing flooding all around me.  This is Le Grand, East of my house.  The water has flooded both Le Grand and Planada, about 20 miles away.  On the other side, Casa de Fruta (many of you who travel California may know of it) near Pacheco Pass is also flooding.   We all prayed for water and it worked!! 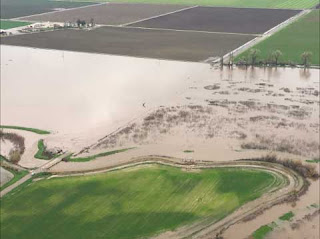 While scrounging for dog food yesterday, I discovered this lovely bottle of Nehalem Pear Wine hidden way in the back of the cabinet.  Perfect timing!!  If there's much more thunder and lightning, I'm gonna need it!!! 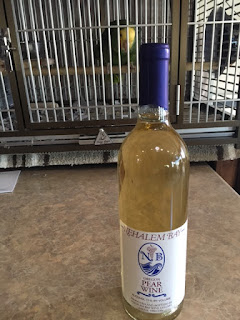 This morning I SHOULD be able to move to a 50 amp site where I'll hang out for another couple of weeks.  There's still lots to see and do in and around Tucson.  Tomorrow I'll catch you up on my hunt for a house!!  It's been an exciting, depressing, off-roading experience so far!!