Just A Bunch Of Wild Animals!!

It began as a nice quiet SUNNY day ... chilly if I do say so myself ... downright cold in fact.  Aren't we in the desert?  You know, the place the Snow Birds go to get warm?  Well not much WARM was going on, but I was able to capture some of the animals on the loose in the afternoon. 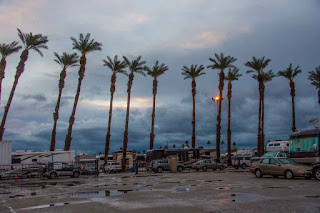 Patty, Dan and I made a run on the Commercial Exhibits in the morning.  I needed a new sewer hose and some shirt sparkles and Patty found some great shoes.   I'm always trying to improve my cooking skills, so I picked up some pomegranate balsamic vinegar.  I don't know what to do with it, but it tasted good!!  There's everything from shoes to nuts, guaranteed to make your life easier! 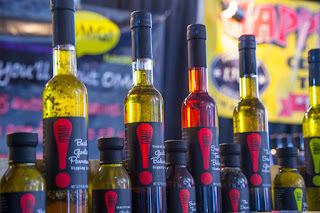 Back at the rig for lunch, I had just fixed some turkey, cheese and crackers, when RV Glass Solutions stopped by to check out my cracked windshield.  It was an easy fix he said, taking less than 30 minutes.  Unfortunately for me, that was just long enough for Jessie to climb up on the table and eat my lunch!!  As it happens, jalapeño cheese seems to agree with her!!

After a quick run to the bank to refill my wallet, Dan hauled our chairs over to our viewing station for the Call Of The Wild Parade.  I'm pretty sure lots of people stayed inside due to the cold, but they missed out on a big bunch of wild animals!! 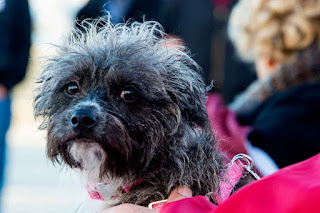 Until another puppy got a little too close!  Those ears went straight up in the air!!! 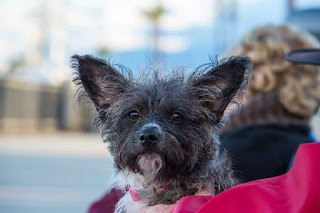 It began with the Honor Guard ... always love seeing these guys!! 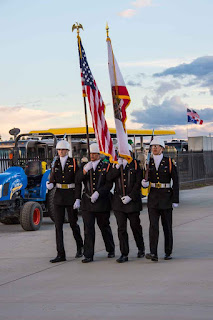 If you can hang some stuff on a golf cart ... you TOO can be in the parade!!  Here's Dick Gibbs, our WMHA President looking like Tarzan ... or maybe it was Fred Flintstone!! 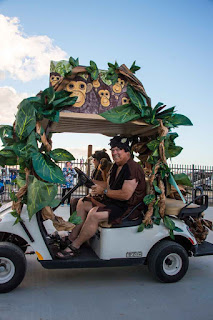 He was followed closely by wild animals, including the Cowardly Lion .... wait ... that was the Wizard of Oz, wasn't it??  Oh well ... an animal is an animal!! 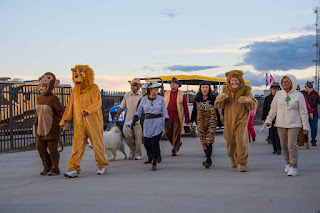 The Frustrated Maestros played along the entire route ... they even had an accordion!! 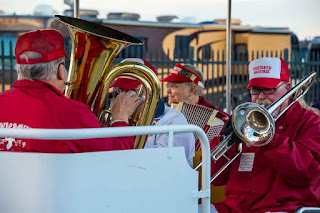 This year however instead of the GIRLS wearing the grass skirts, the JEEP shimmied it's way down the street, carrying a steam spouting volcano!! 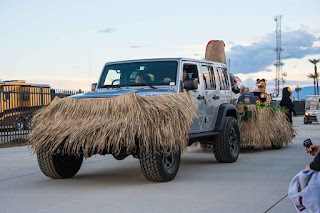 The California Coasters group was on safari, taking pictures of all US animals!! 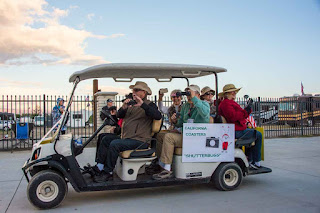 At any rate, a good time was had by all, even if the parade only lasted 20 minutes.  After dragging our chairs back home, the men ran off to Ciro's Pizza to pick up enough to feed 40 people for our pizza party.  If you're in the area, stop in and mention the volunteer groups at WHMA.  Ciro's likes volunteers ... so much so they gave us two huge salads to go along with our pizza, which we got at two-for-one prices!!  You can't beat that ... and their pizza is EXCELLENT!!

Now stuffed and miserable, it was time to hit the entertainment for the evening .... the Alley Cats Doo Wop group .... singing oldies but goodies, just like us. 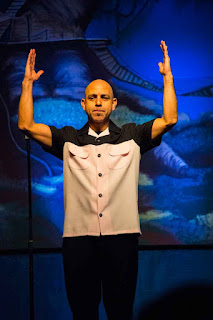 There were lots of Old Folk jokes that we all laughed at .... and boy can these guys sing!! 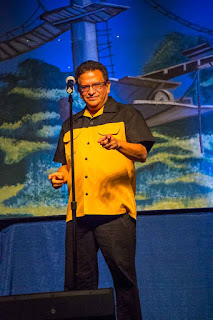 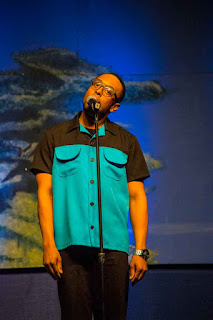 They said we were the younger crowd since they are used to singing for Heavens Waiting Room ... the cruise ship lines!!  At any rate, we all had a great time being entertained ... and the best part ... we were probably all in bed by 9:30!!! 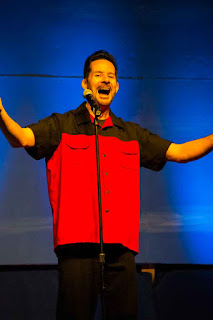 Today is the first work day for us ... the ice cream social begins at noon, so we will all don our yellow shirts for a group picture, then proceed to hand out the goodies for about an hour.  Tonight is our BBQ/business meeting before we all head back for MORE entertainment ... Country and Western this time!!  Hope to see you there!!!