In spite of all my efforts to catch the starry sky with my camera, I failed miserably.  Even though I had it set on Bulb ... which means the lens stays open until you shut it ... it wasn't working correctly.    Maybe I'll try it again by setting up my camera ahead of time, instead of trying to work all the buttons in the dark!! 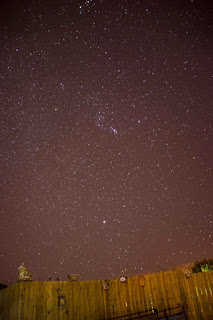 I imagine it was operator error ..... I haven't taken any night pictures in ages.  They do look MUCH better on my computer, which doesn't help at all!!   I have a sneaky suspicion it was my shutter release button.  In an effort to be quick about it and not freeze to death, I used the manual one instead of the automatic device.  The manual one has never been tested at night. 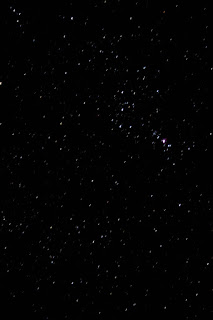 This is where the aliens showed up, or the ghosts if you watch Ghost Hunters on television.  It really was pitch black with no lights around at all, but I imagine there were bugs flying in front of the lens.  If it's an alien flying a spaceship, he's a drunk one!! 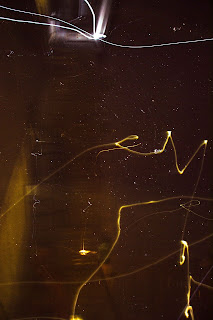 So onward and upward ... I'll try that again later.  Since it was Tuesday night, Jonathan decided to hit the bird bath and clean up a little for his readers.  You've probably seen pictures of birds standing under the kitchen faucet, but that's not Jonathan's style.  He dips his head into his water bowl, then looks up and shakes, sending water droplets everywhere, making his own personal shower. 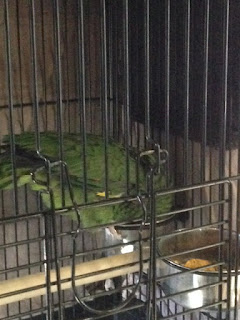 As he does that, he spreads his wings to be sure he gets every spot clean.  It's pretty funny to watch as his head gets soaking wet, along with the entire floor. 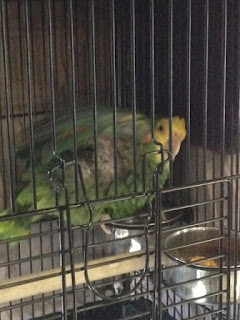 More wet, more shaking and more wing fluttering ..... voila!!  .... a clean bird.  Well not really, especially since he never takes a bath when the water is clean, only at the end of the day when it's full of hulls and pieces of bird biscuit!! 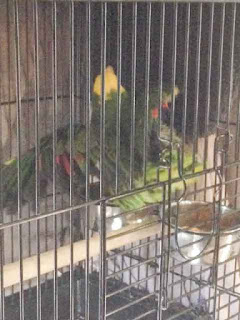 After we got home, Patty and I made a quick trip to the Quilters Desert Patch.  What an amazing place THIS is!  It's a double wide mobile home, stacked from floor to ceiling with fabric.  That container with the name on it is also full of bolts, all on sale.  The aisles are so narrow you can hardly pass another person, but no one cared as they oohed and ahhhed over the selection. 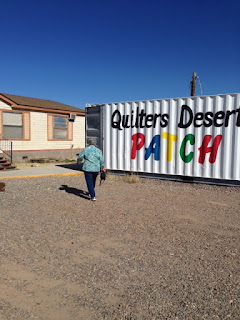 They said I could do this ... even though it looks pretty complicated to me ... using the new line of fabric they just got in from Japan.  Of course none of it was on sale, but as Patty always says (she's a bad influence on me) you only go around once.  If you don't get it, when you return because you changed your mind, it will all be gone!!  Okay then ....... Black Tie Affair it is!!  What can I say, I'm easy!! 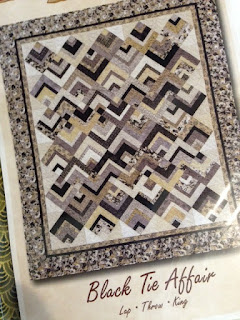 We're still running around like crazy, but took time for a dish of Freddy's custard at one of their new restaurants just opened.  Barbara and Tom Westerfield introduced me to Freddy's in Wichita Kansas I think ... and they know exactly what I got .... the Signature Turtle.  It was a great way to end the day!!