THE FEAST OF ST VALENTINE!!

Or Valentine's Day, better known as February 14, wasn't all hearts and flowers in the beginning.  According to the internet (and there are MANY internet variations) it is the celebration of a Christian, Saint Valentinus.  He was a priest ministering to persecuted Christians in Rome, who healed the blind daughter of his jailer.  When he was later executed for his good work, he sent her a letter signed Your Valentine.  The Feast of St Valentine was a celebration of his Christian work.

Historical facts however, say he was a martyred priest in AD 496 whose head was preserved and venerated for years in the abby of New Minster Winchester.  St Valentines Day was celebrated by the Roman Catholic Calendar of Saints until 1969 when they decided to remove him from the calendar, since no one seemed to really know anything about him.

It's interesting how all THAT turned into giving heart-shaped cards and candy to your friends and family.  It seems this is mostly a "female" holiday, since men don't seem to care too much for it ... it's just another day they have to go to the store and find a card.  But let me tell you guys, it's means a LOT to the women in your life that you actually took the time to GO to the store and spent at least 30 seconds finding a card ... or candy ... or something stuffed, cute and cuddly.  So GET OUT THERE and find something for your gal!!!

Not having anything resembling a husband or boyfriend, I'm making chocolate dipped strawberries for a nice family I know that helps me out from time to time.  They're about as easy as can be.  Even the GUYS can do this!!

Step One:  Buy a box of strawberries and a box of chocolate drops at the grocery store. 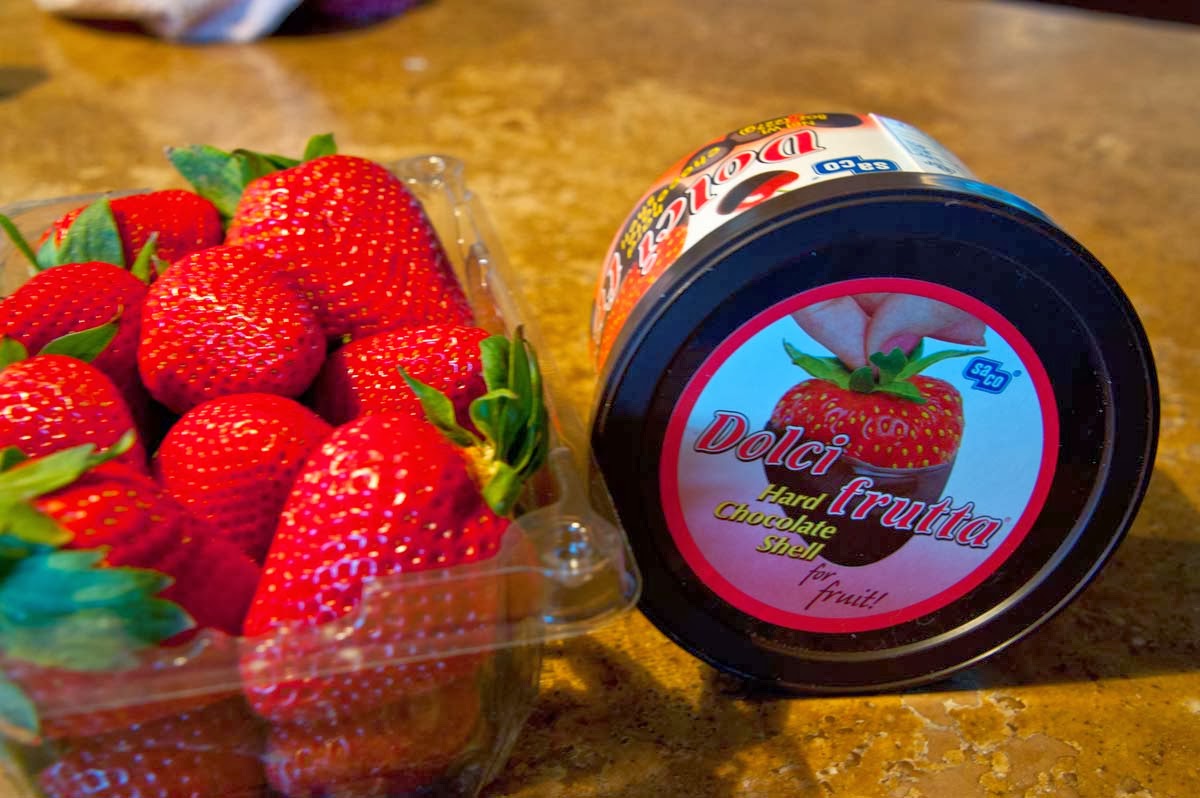 Step Two:  Follow the directions on the chocolate box and microwave for a couple minutes.
Step Three:  Grab a strawberry and roll it around in the chocolate, placing it on a plate when done.  I gave these an extra roll in mini chocolate chips. 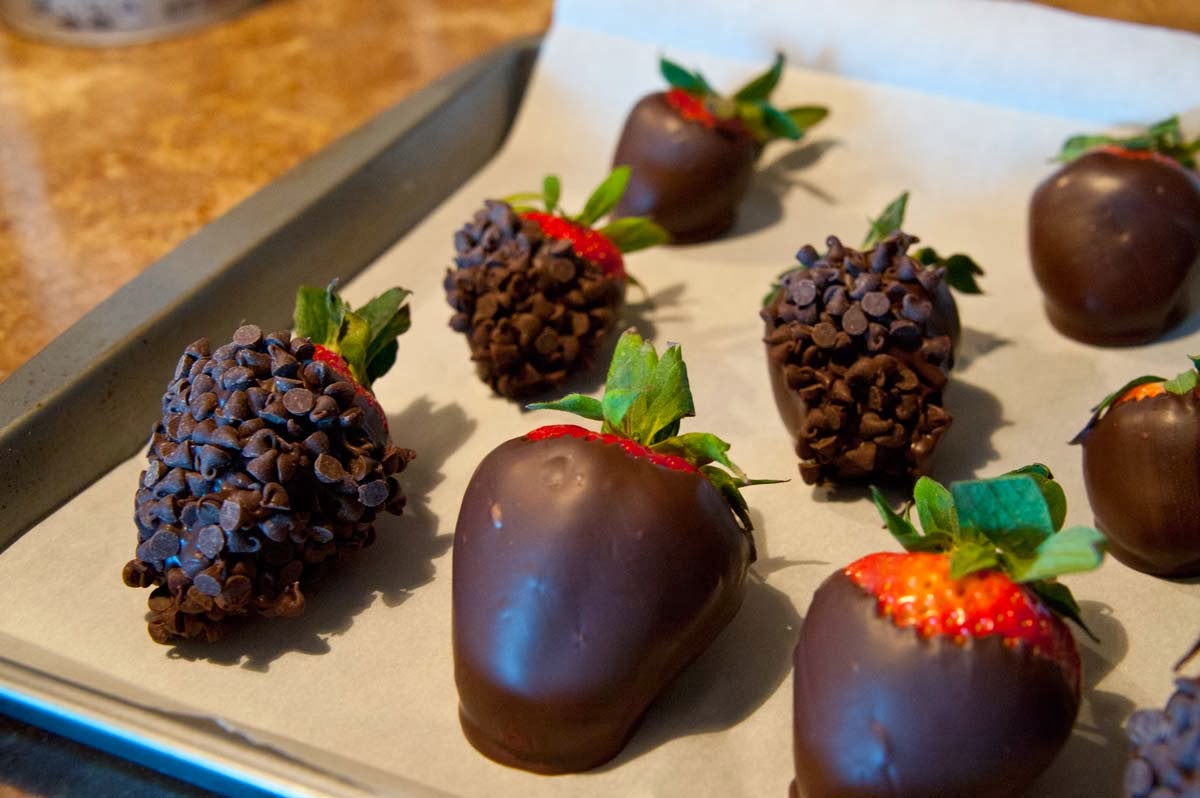 Step Four:  Refrigerate until the chocolate hardens and VOILA!!!  A luscious treat for your wife/girlfriend AND you!!  Easy Peasy!!

The only reason "I" celebrate February 14th is because it's the birthday of my dearest friend Miss Patty!!  I know when we get older we don't celebrate birthdays much, let alone Valentine's Day, but I'm here to tell you it's a day to celebrate the birthday of an awesome lady .. Queen of Casseroles, Queen of Recycling and the best darn GRANDMA ever!!!

Posted by Nancy Kissack at 9:31 AM