Not that the Broncos lost, but that the millions of dollars worth of commercials were two steps below par.

I started the day playing shuffle-the-cars so I could hook up the horse trailer and bring Showby boy home from boarding school.  He was so happy to see me, he took a flying leap and landed in the trailer before I had time to get ready for it.  Once here, he bucked and cavorted around like a two year old ... at least he tried.  His arthritis got the best of him, but a can full of what he thinks is grain, settled him right down.  It's just pelleted feed with glucosamine ... he thinks it's candy!!

Once all the vehicles were back in their places, I spent a little time on that quarter panel again.  Isn't it pretty?????  Well it was until some rain showers hit!! 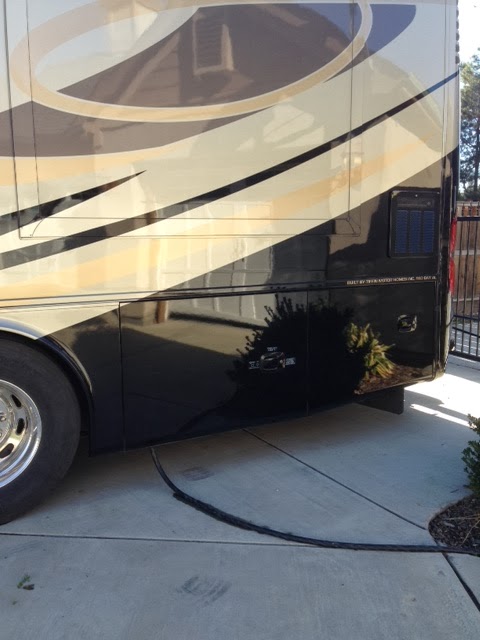 It was freezing cold all day, so I cranked up the fireplace and sat on the couch ... bored to death ... for three hours, waiting for the Super Bowl.  I didn't really care who won the game, I was in it for the commercials.  Unfortunately, I was highly dissappointed!  Half of them, I couldn't even tell what they were advertising ... maybe it was just me.  You KNOW I loved the cowboy one, taking the bull home.  I can't tell you how many times I made that trip with my dad!!

The game was a bust ... I doubt that many people saw the second half commercials, as I'm sure they changed channels.  My condolences to the Bronco fans!!  I WAS happy to see the refs calling the Seahawks for some of the stuff they pull, but overall, someone must have had a talk with the entire team, because they didn't pull their shenanigans like usual.

The only other commercials worth mentioning were of course the Budweiser puppy ... now THAT'S a commercial.  If I drank beer, it would be Bud!!  I loved Volkswagon's angel wings almost as much.  As for everyone else, PLEASE hire a new Advertising Company!!