Just When You Think It's All Taken Care Of !!

It's NOT!!  This being my first time away for an extended period of time, I'm not used to all the things that need to be taken care of.   Pretty sure I've said that before!!!

One of my sprinkler zones decided to take a break, so I called a sprinkler repair guy to fix it.  He got it repaired, except when I got home at 10:30 that night from cashiering Bingo for the Elks, I quickly discovered I had no water.  I called anyway and left a message.  At 6:00 am he showed up and turned the pump circuit breaker back on.    Apparently I have no shut-off valve for the sprinklers.  Since that's something major, it will have to wait until I get back.  Looks like a lovely mess to me!!! 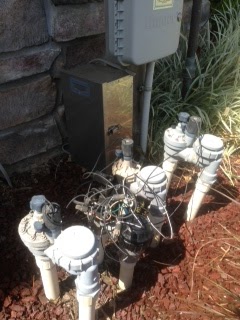 I thought I had it all under control until I got the mail yesterday.  I received one of my most favorite letters ... from DMV.  I'm sorry, but I hate these guys.  They have never done anything for me but raid my wallet again and again.  My diesel truck license went from $170 to $360, on top of which I now have to have a smog certificate.  It will be due in another month ... I immediately called my local repair guy who said "bring it in ... I'll get it done".  YAY!!  While there, I asked him exactly what they check and if anyone's truck DIDN'T pass.  You're going to love this ... they all pass!!  They just check to see that you haven't modified anything.  This must be part of the "share the wealth" plan, because it cost me $58.25 to have them tell DMV.  I could have told them for free that there were no modifications!!!! 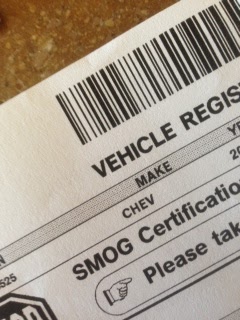 I'm sure there are lots of things I haven't even thought of.  Hopefully Patty and Dan will give me some tips when they arrive tomorrow.