This one's not on the list of Branson attractions.  In fact, I'm sure most, if not all of you, have never been here.  Please take my advice and put it on your bucket list.  It's most spectacular ... not only in the architecture, but in the school philosophy.  Located just south of Branson in the small town of Hollister, it is a Christian school where everyone who attends, does so at NO CHARGE!!  All they have to do is spend 15 hours a week and one 40 hour week per semester, working in some form or other.  You've never met a nicer, friendlier bunch of kids.  This picture is just inside the entry way of the Keeter Center where their restaurant is located. 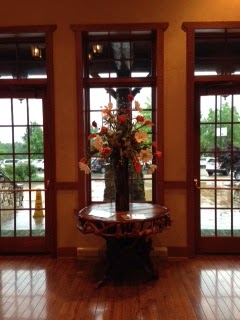 The most magnificent sitting area is located next to the small gift shop.  Did I mention this is a log structure?? 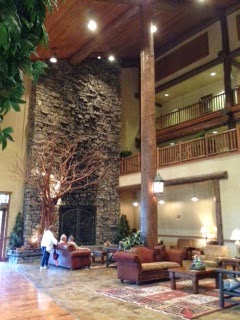 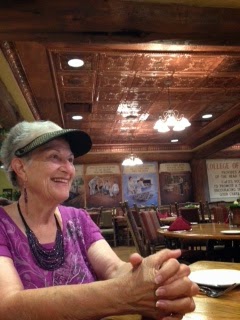 Since our goal is to try every kind of bread pudding that's made across the U.S., Barbara and I shared this White Chocolate Raspberry version that was delicious!!  Tom had his very own!!!! 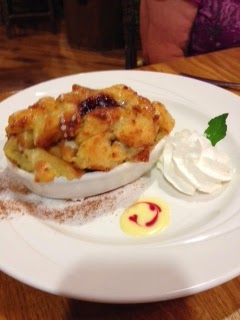 From lunch, we drove through the campus, around Lake Honor, past Edwards Mill where they grind their own corn and flour, past the dairy barn where they milk their own cows and grow the feed, past the Plaster business they run along with the Landscaping firm, the Construction company, the Machine Shop and their own water treatment plant, to end up at the Ralph Foster Museum, the Smithsonian of the Ozarks.  Whew!!!  You are welcome to go visit every building.  Personally, I'd skip the fruitcake bakery, but you never know, it might be delicious!!

Here's a glimpse of this 3 story complex full of amazing historic items, starting with the original car used by the Clampetts in their TV hit Beverly Hillbillies! 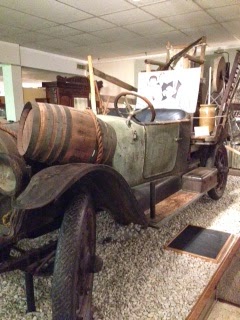 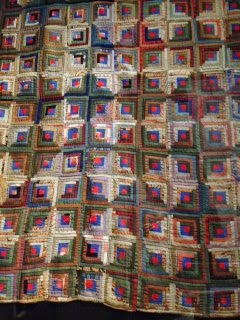 I think Terry Russell will appreciate this amazing loom.  It was made by a gentleman for his family's use when the walnut tree in their back yard fell over!! 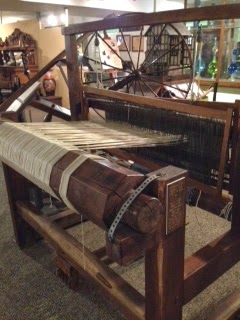 A world class Tiger that roars when you walk by, scaring you to death!!!  Sorry I can't remember his name, but a local gentlemen became a world class big game hunter. 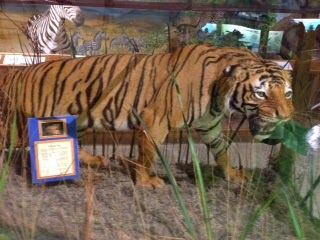 I'm pretty sure you can guess who THIS belongs to ... why Dolly Parton of course!!! 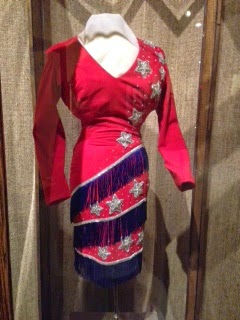 The best part of the whole shebang for me were the guns used by the old West good guys and bad guys!   This is Morgan Earp's gun when he was Deputy Marshall in Tombstone Arizona in 1881, and was most likely one he used at the O.K. Corral. 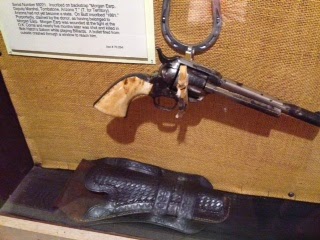 This Colt Revolver belonged to Jesse James when he committed the bank holdup in Russellville Kentucky.  He dropped it at the bank as he was escaping, and it was kept in their vault until donated to this museum. 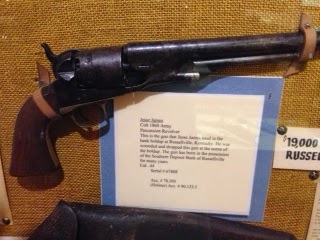 This one, including the holster, belonged to Cole Younger, another notorious outlaw!! 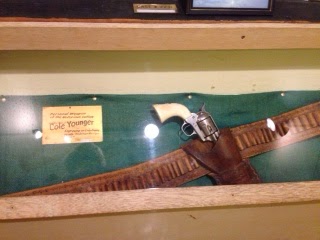 Joel Collins, also known as Texas Slim, sold a herd of cattle that didn't belong to him.  Cattlemen decided to help him recover and repay the debt, but when they robbed the stage, decided they liked having the money, so they kept it.  This was the beginning of the Sam Bass Gang. 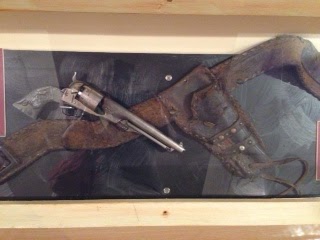 This .45 caliber Colt belonged to Virgil Earp, Marshall, Tombstone Territory, 1881 as engraved on the backstrap.  It has 6 notches cut in the butt of the handle.  This is the gun Virgil carried in the OK Corral fight.  Just how amazing is THAT???? 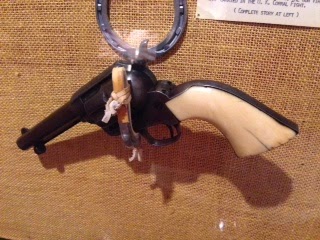 You can tell I'm fascinated with the Old West Cowboys, right??  This gun is exactly the same as the one used by Billy The Kid.  He had really small hands, as you can see by the grip. 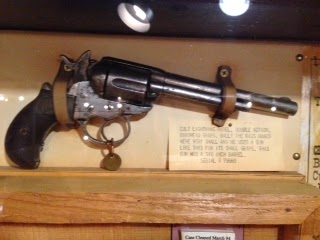 Ok, last one ... but there are so many more!!!!  This Colt model 1917 was donated by Mr. Locklear who says it belonged to Pretty Boy Floyd.  All of these weapons that are specifically noted to belong to an individual, have proof.  This one, not so much!! 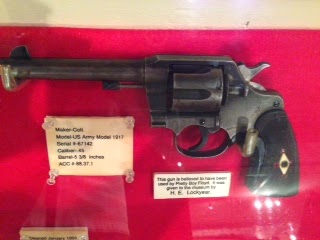 I could have wandered around this museum for at least two more hours, but they were closing soon, so I headed upstairs to the animal exhibits.  I sure wouldn't to meet this guy on a dark trail!! 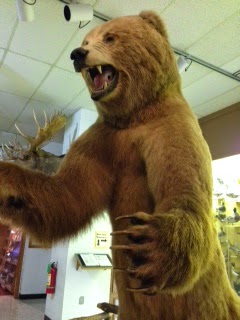 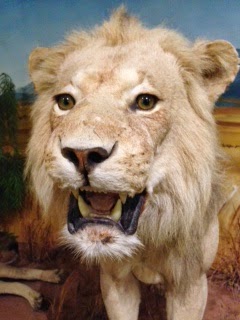 Here's another of my favorites ... Tom Mix's favorite horsehair bridle that he used in all his movies, as well as at home.  They have a Gene Autry shirt and lots of family pictures. 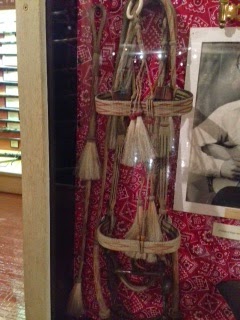 There is even an entire section on the different types of trees that grow here, including this one showing the age rings and the events that happened before it was cut down. 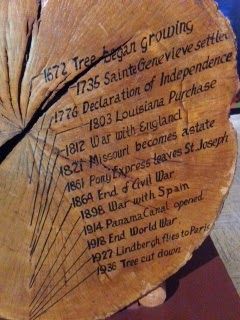 The shopping here isn't too shabby either!!!  My growing collection of "Barbara" purses grew by one more yesterday evening.  We went to one of the local craft malls and found the most amazing (both in talent and price) hand carved wood items, from bowls to ducks to kitchen ware. 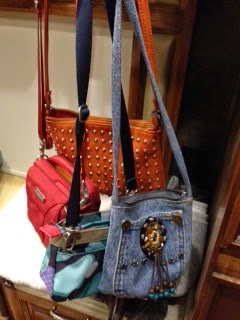 One last stop at a Corkys shoe store and Barbara and I were set for the next couple months!!  After such a great lunch, we skipped dinner.  It had been pouring rain all day, but when we came out of the shoe store, it was gorgeous sunshine.  That of course didn't last long ... I heard rain hitting the rig last night and raindrops are falling as I type!!!  Today it's supposed to be an all day flood fest.  I think I'll go find my life jacket!!