Rattlesnake Ranch And A Cemetery .. Fitting,Yes?

Where else but in the desert.  There are lots of oddities around the country, and this is one of them.  As you drive down Dragoon Road to what remains of the little town of Dragoon, you will pass by this little treasure.

You can't miss it ... the dinosaurs will have you slamming on the brakes. 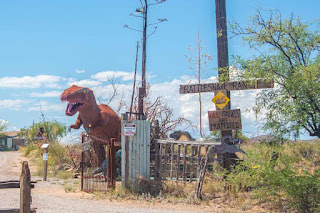 It's a museum of sorts, with more junk ... I mean treasures ... than you an imagine.  There is an amazing number of old grinders ..... 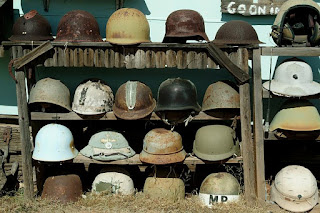 and wrenches, probably used on the railroad, most of them are so huge.

You will also find a craft store of sorts, full of some amazing gemstones and lots of rattlesnake skin chatchkies.  If no one is there, you are on the honor system.  Just drop your cash in the box. 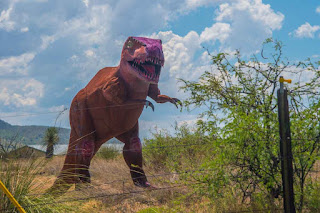 If you are in to oddities, this is the place for you.  Just don't get bit by a dinosaur, a gila monster or a rattlesnake.  Real ones abound here. 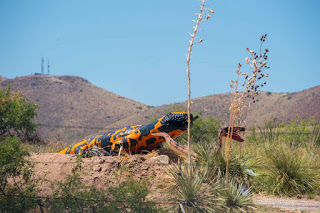 Stepping back a tad, this is the Texas Canyon Pioneer Cemetery.  Rather fitting it's so close to Rattlesnake Ranch.  The big headstone at the top is for Rose Hayden and her husband William Fulton who developed the FF Ranch, along with the Amerind Museum I talked about previously. 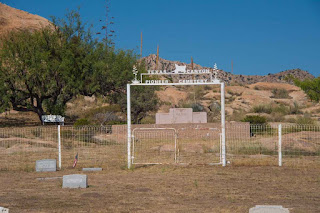 Most of the residents here are not that old, but wildlife watches over them anyway.  Sorry for the two blades of green grass that got in the way. 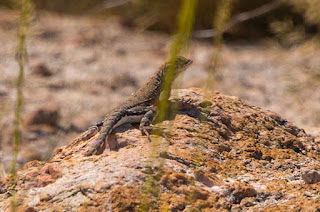 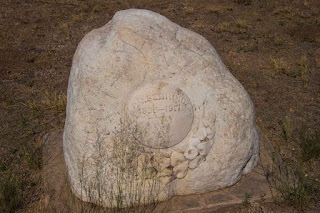 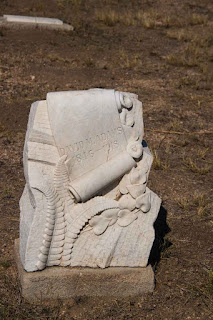 There's always something new to see in the desert.  My travels did not disappoint, however next time I think I'll wear my cowboy boots instead of sandals.  There's no use tempting Rattlesnake fate.