Back in the days of gunfighters and cattle rustlers, the Butterfield Overland Mail Stage went from St. Louis clear through New Mexico to Apache Pass in Arizona.  The destination was Dragoon Springs.  Everyone partook of the life-giving water found there ... the Spanish, the Mexicans when they won their independence and the Apache Indians who made this their winter camp grounds.  This picture of the stage station was drawn in 1860 by a stage passenger. 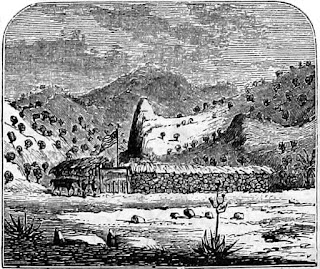 The Indians thought of this land as theirs, and rightly so.  In 1856 there were four companies of U. S. Army First Dragoons camped here, about 250 men.  Surprisingly, the Indians let them be.  Eventually, the Stage Company built a large building 55' x 45' with 8-10 foot thick walls to house the corral, a small storage building and sleeping area, to allow for a change of horses along their route.

In the end, it wasn't the Indians who caused the first deaths, it was three Mexican employees who bludgeoned three Anglo Butterfield employees to death and wounded a fourth, Silas St John.  They assume it was due to robbery.  Several days later, men from the Stage line found Silas with his arm nearly severed from an axe used by the Mexicans, along with a huge gash in his thigh.  Nine days after that, the Doctor finally arrived and surprisingly, he lived.

Two men were buried in one grave and one separately.  In 1861, the station was abandoned due to the Civil War.  In 1862, Confederate soldiers entered Tucson as General Carleton's volunteers came bearing down on them.  They escaped through Dragoon Springs and Apache Pass.  This time however, Cochise and his Chiricahua Apaches attacked the soldiers.

One Sergeant Samuel Ford was killed, along with a Mexican boy who had been forced to work as a stock herder.  They were buried by the Butterfield Stage employees.  The station was finally abandoned when the railroad came to town. 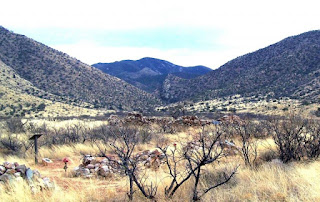 Now for the interesting part.  They really aren't sure who is buried where.  The rock cairns were disturbed and the remains of one soldier were stolen in 1967.  The investigation is ongoing.

Here's the truth part ... I never did find the stage station.  You need a four-wheel drive vehicle, which I had, but my directions were few.  I turned right on this road according to my map, and immediately got lost.  I can tell you that cell phones do not work here.  It wouldn't help even if they did, because none of these roads are on a map.

This is the old J. H. Smith Grocery and Filling Station.  Fuel was delivered by horse and wagon, then later by the train that crosses in front of the building.

Sadly, even though it's on the National Historic Register, it is falling into disrepair.  Wouldn't it make a great quilt store?? 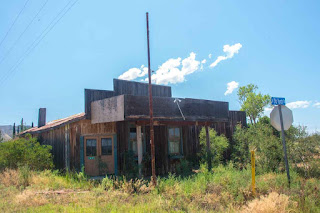 It even has these beautiful flowers still blooming in the front yard. 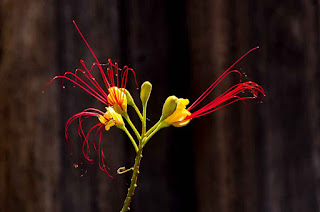 So my trip to Dragoon didn't end as I expected.  After several false starts up the dirt road, ending up in someone's driveway (he was not a happy camper), I decided retreat was the better part of valor and headed back to Tucson.

No worries, I'm going back.  Since then I've found a much more detailed map and I'm determined not to miss this historic site.