The next time you come to the Tucson area, check out this amazing scenery and imagine the people who came before us.  This wasn't on my agenda, I just happened to stumble upon it after not locating the stagecoach stop. 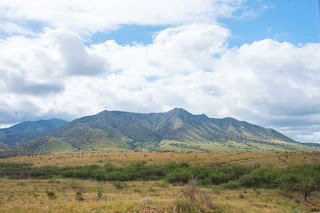 I'm always up for another adventure, so when the first one bombed out, I headed off to the ghost town of Gleeson.  All I found was a defunct golf course covered in brown grass and dead trees.  It looks like a failed housing development called Sunsites.  That's when I spotted the sign ... Cochise Stronghold.

The pavement ended in a reasonable dirt road headed up a canyon.  In no time at all, I realized why the Indians lived here.  We have a lot in common.  I love back-woods quiet places with streams and mountains.  This place fits that bill perfectly. 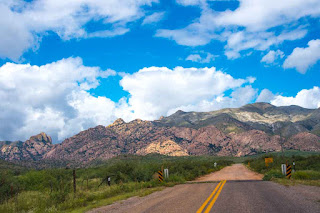 Originally, Spain and later Mexico tried to take over this Indian country.  Meeting resistance, they decided to make the Apaches dependent, giving them old firearms, alcohol and food.  When Mexico finally won their independence, this practice was stopped.  The Chiricahua resorted to raiding and stealing in 1830 in order to survive.

This location was not the end for the great Chiricahua Chief Cochise, but the beginning of the end.  In October of 1869 Colonel John Finkle Stone, the 33 year old President of Apache Pass Mine, was taking a mail coach back to Tucson.  When they approached the abandoned stage station ... the one I was looking for ... Apaches jumped out from the bushes and attacked, with everyone being killed.  That was just on the other side of these mountains. 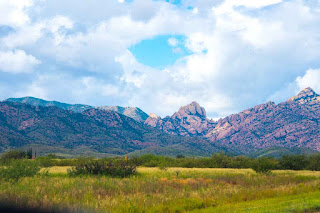 As I contemplated the thought of living here, I was greeted by not two, but THREE roadrunners, all dipping their tails in unison.  I just love these guys. 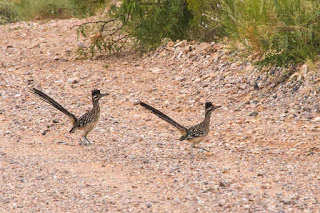 Within hours of that massacre, Cochise and his band ran into a group of cowboys herding cattle from Mexico to California.  They attacked, killing all the men and stealing the cattle.  One man survived to return to Tucson and tell Lt. Winters, who left with 26 soldiers in pursuit towards Dragoon Springs.  When he discovered the mail coach massacre on the way, he headed off after Cochise who had taken to Rucker Canyon ... NOT this location. 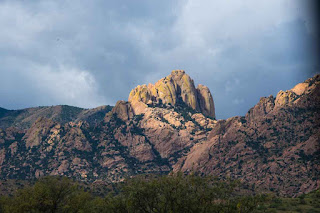 Turns out, the Apaches were armed with rifles and the fight was on in miserable stormy weather.  Cochise knew it was the end, and eventually settled into peace talks, surrendered and moved to the Chiricahua Reservation near Ft. Bowie, present day Wilcox Arizona.

What you read seems to be history based on who was telling the story.  It has been discovered that many a soldier lied about events of the day, enough to get themselves awarded 31 medals.  It is actually thought Geronimo was the interpreter for Cochise at the peace talks.  At any rate, Cochise finally passed away and was buried on this mountain where it is thought his tribe spent their winters.  Those alive at the time, took the location to their graves.

Weird, it felt like a very reverent spot as I wandered through the canyons.  I've no information on this rock house I discovered, but it was VERY cool.  Lots of Do Not Trespass signs, so even though no one was in sight, I did not get closer.  The second rock house, called Shaw House, is available to rent at $150 a night, with corrals for horses.  How fun would that be? 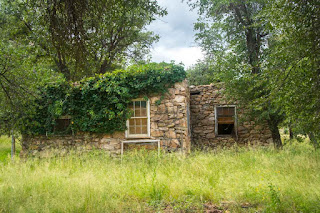 At last, the sign denoting this is the Coronado National Forest. 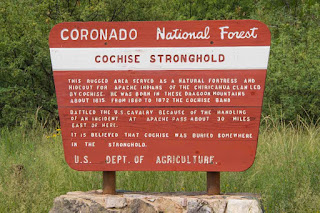 Keep going another couple of miles and you will find yourself in a canyon with amazing rock formations.  Interestingly enough, there are TWO helicopter pads here for search and rescue. 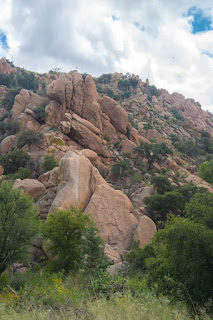 It's a gorgeous tiny valley with wildflowers everywhere.  Unfortunately, there are also a few houses, not at all well kept, with junk everywhere. 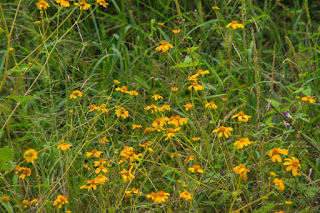 At the very end of the trail is a campground, with maybe ten spots.  Although there are pit toilets, I saw a sign that said no water.  Bring your own.  It's a little too tight for my camping sensibility.  This is set up for tent camping. 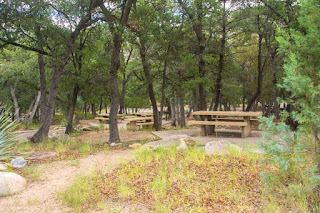 Turns out this is a box canyon, although at the very end there is a nature trail that heads up the side of the mountain.  Since it is a PAY area, I did not check it out.  Maybe next time. 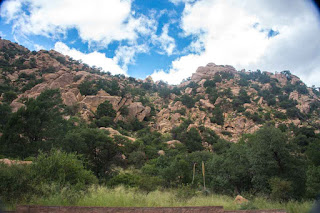 Cochise and I certainly like the same things ... beautiful country, amazing rocky hills and the peace and quiet of the mountains.  It's no wonder they spent a lot of time here.