The Howl of Contentment

Yesterday morning as I was writing the blog, I could hear a huge pack of coyotes howling in the distance.  I love to hear their wails ... I like to think they are howls of contentment because I'm just content to sit on the porch and listen.

With a little bit of breeze coming up in the afternoons, I thought maybe I could get in some kite flying out at the fairgrounds.  I've no idea if they will chase me off or not, but this time of year there is no one around ... or at least that's what I thought!

I went directly to the back where the old RV park was located and immediately saw this coyote in the distance.  She was very wary when she saw me and stopped dead in her tracks.   I waited.

Pretty soon she continued on towards me.  I'm thinking this is crazy .... coyotes don't do this, they run away.  Unfortunately I didn't have my big camera with me. 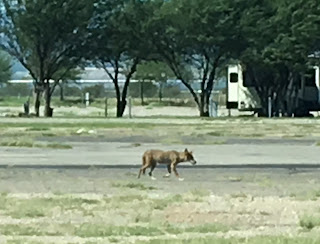 That's really strange.  She went straight to the building and around the corner.  Okay ... weird coyote sighting is over ... time to fly my kites.  That's when I discovered my first big problem.  You must have a kite stake to hold the handles down while you unroll the lines and set up the kite.  Otherwise, as soon as you turn the kite up, it will fly off into the air dragging the lines with it.

I grabbed my stake and jammed it into the ground, almost breaking my wrist.  Yikes!!  The ground is like concrete.  I looked around for something heavy to lay on top of the handles, but there was nothing in sight.  Well shoot ... I guess I'm out of luck.  I made a note to stick a big rock in my Jeep.

As I slowly drove off past the building, I spotted the coyote sitting in the shade of a big tree, licking her coat.  Now that's REALLY weird.  When I got home and enlarged the picture ... sorry it's so bad, but it was a phone image ... I think I see why.

No coyote I've ever seen has white legs.  Surely this is either a dog with the longest legs ever, or it's a hybrid.  Maybe it's Chupacabra!!!  One of the strangest things I've seen here in Arizona. 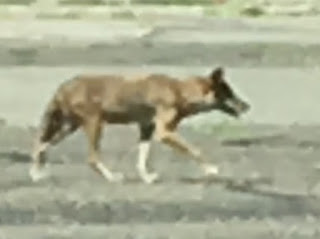 Accept for this weird critter that I found hanging out on my screen when I got home.  What the heck is THIS?  Usually I see the biggest praying mantis' ever hanging out trying to catch dinner.  I'm thinking I'll sleep better when I get back to California knowing the only bugs in my house are flies. 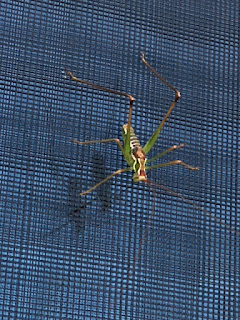 I also discovered this guy is a horned lizard.  If caught in a bad situation ... like a snake having him for dinner is imminent ... they will puff up like a balloon.  Yup .... I watch National Geographic!! I almost gave a big howl of contentment when I spotted these at the grocery store.  It's probably the only time of year I buy Oreo cookies.  They usually have the orange filling, but I think this is the first time I've seen the pumpkin face cookie.  YUM YUM!! 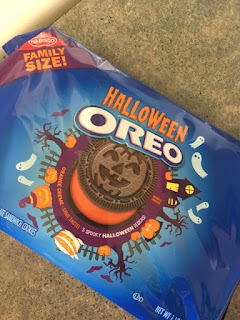 The kitty saga continues.  Every day now I'm met with open drawers and stuff piled on the floor.  I apologize to the Chance family ... so far I've just stuffed everything back in the drawers instead of folding it nicely.  Bad Nancy!! 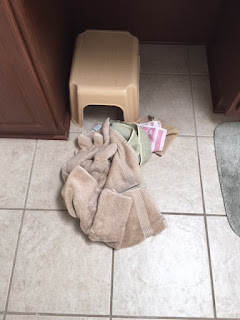 Apparently Miss Snoopy is missing her Mom and thinks that emptying the drawers might bring her back.  She spent the entire two hours yesterday sitting on my lap rubbing her head all over me.  I gave her lots of pets to ensure HER contentment. 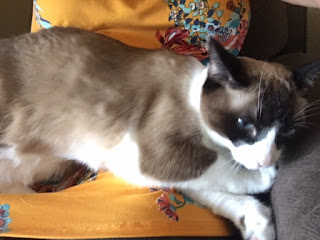 Missy on the other hand is content to be the Queen of the Roost.  Yeah scratch me on the head a few times, then leave me alone.  It's so funny they all have such different personalities. 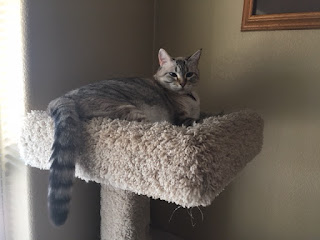 I had planned something cool today, like the Tucson Botanical Gardens or the Mini Time Machine Museum, but instead I'll be sitting here waiting for the home leveling crew to arrive.  Although called a manufactured home, this is actually a mobile home set on a foundation with blocks in the middle keeping it afloat.

Even though little water gets underneath, the soil still settles enough to require re-leveling so the doors and windows will work.  I had no idea.  My neighbor just above said they needed theirs done too, so I called and got us a discount if done on the same day ... which is today.  Maybe now my sliding door will close and it won't sound like a haunted house when I walk across the floor.