Oh my gosh ... I feel like I did when I was 18 and stayed out until 4:00 in the morning.  Tired and drug out, headachy and in need of a long winter night's sleep.  Maybe a long afternoon nap will suffice, even though I did have plans to hit the quilt store down south. 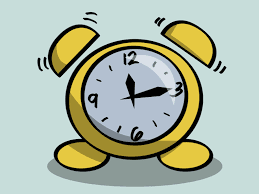 Being up late and having to get up early TWO days in a row, is something I didn't sign up for when I retired!!  After the late night photo critique at the College, I had to be up early yesterday for a haircut appointment.  Being as it's Christmas, I didn't want to be scaring all the little kids in town.

Back at the house, I went through my junk mail.  Junk is a really good name for what I receive.  I have a better name, but I'd get kicked off the internet if I said it.  Does anyone ever read this stuff?  I've seriously never received so many emails for Viagra before.  I'm sorry, but Annamarie, Vanessa and Faith, not to mention the other 23 individuals, are going to be seriously disappointed this year.

Then there are the Club Memberships and one night stands with any number of men or women I desire.  At least they support equal opportunity.  The interesting thing is with most uninvited invitations, you can remove yourself from their list ... or UNSUBSCRIBE.  Not so with these ... they've got your number and they aren't letting go.  Email lists are sold for big bucks to just this type of seedy internet site, not to mention all the phone scammers who try to separate you from your hard earned money.  Be vigilant my friends!!

In the late afternoon, my Landscape guy returned to install two more lights at the front of the house.  It looks much better ... even highlights the house number.  Sorry I don't have pictures today.  I left before the sun went down .... ok, truthfully, I was so tired, I just forgot to take one, but I DID leave for the Elks Magic Kingdom.

As a Trustee Elect, I'm expected to attend the one meeting a month where they decide all matters of finance.  It happens that on the same night, anyone who has been approved for membership, must go through an initiation.  It's all very formal .... a nice affirmation of your dedication to God and our country.  I didn't realize exactly HOW formal it was going to get for me, however.  As a Trustee, I have to wear a tuxedo to those meeting.  YIKES!!!  A penguin suit!!  Where in the world will I find one of those? 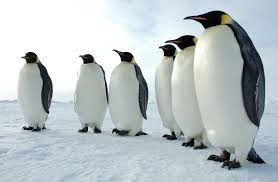 I have to say it really does make the guys look pretty spectacular!!  The good part about the entire meeting is that most everyone present works on the Bingo Committee, so I know them.  There's nothing worse for me than to attend some kind of gathering and not know anyone.

I did my best to stay awake through the two hour meeting, made much easier by the 40 degree temperature in the Lodge room.  They forgot to tell me about THAT!!  It was like being hung in a meat locker ... I was soon stiff as a board!!  Once sworn in sometime next year, my first move will be to plug in a heater ... a BIG one!!

I'm now going to go curl up by my fireplace and maybe snooze a little before trying to locate my Santa Hat that will cover up my now too short hair for the Kids Christmas Party at the Elks on Sunday.  You guessed it, I'm in charge of the ice cream and cookies!!

Posted by Nancy Kissack at 8:06 AM