A Day in the Life of Quincy

Second Day at the Pioneer RV Camp in Quincy.  When the gold ran out, the town turned to lumber.   A trip to the local museum took me back in time.  Out back was an entire yard full of heavy lumber processing equipment. 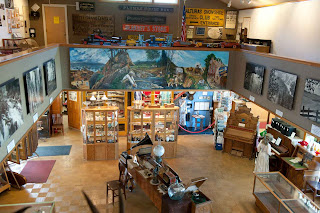 The first thing you saw when walking up was this wall of bottles.  From beer and whiskey to cure-all tonics to milk, these made a colorful display. 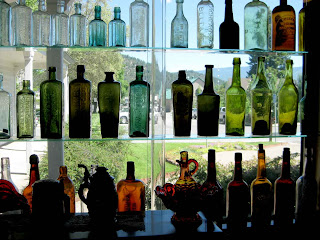 Then there was this crazy dentist chair.  These two large arms swing over your legs so you can't run out screaming!! 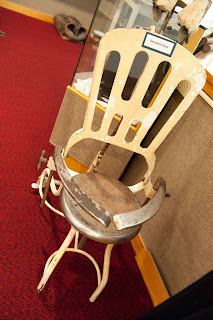 The doctors were mobile back then.  One doctor used this bag from 1826 to 1888.  In the surrounding cabinets were leather cases full of pills, which served as the dispensary and drug store that he carried in this bag. 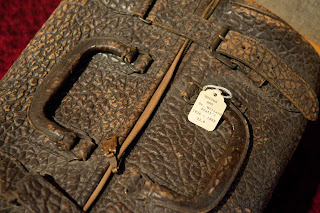 One of the remedies offered was the "Secret Remedy".  No telling what this might have been!! 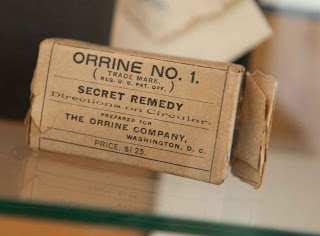 The best thing in the whole museum was this actual Wells Fargo Strong Box .. made of wood as you can see ... that was stolen from the Wells Fargo Stagecoach by Black Bart.  Apparently he spent quite some time robbing stages in Quincy.  Having been caught by the local sheriff, he spent some time in jail, then totally disappeared.  This box as well as several pictures was donated by the family of the arresting sheriff. 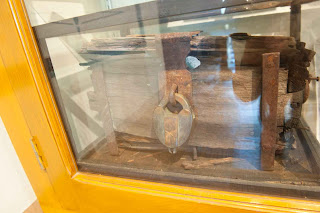 From here, we walked and drove around town, ending up at the local fairgrounds.  More treasures were found there. 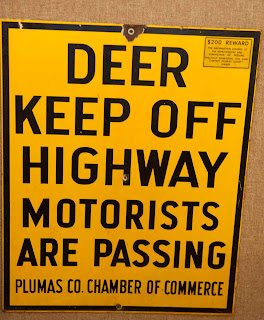 Least we know the Chamber of Commerce has a sense of humor!! 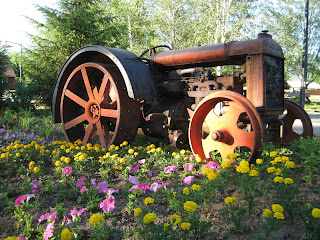 Several old tractors grace the fairgrounds area, as well as very old hand cut log cabins.  It's amazing  what good shape they are in. 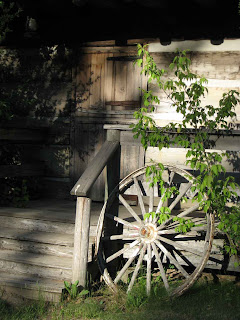 Being springtime here, there are loads of flowers everywhere. 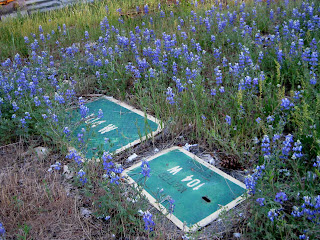 As well as the biggest bumblebees I've ever seen.  I got dive-bombed by one that almost hit me in the eye ... time to beat a hasty retreat.  This bee couldn't land on the black flower portion ... it was forced to drop down below that for the pollen.  At that point, it couldn't crawl back out because of some substance on the sides.  Interesting poppy ... least that's what they called it. 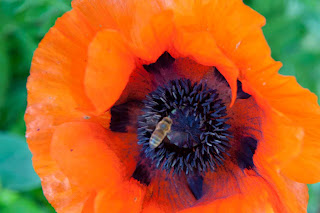 This original conestoga wagon was sitting on top of one of the fair buildings.  Hard to imagine coming to California in this!!! 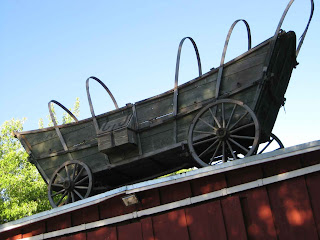 Lastly, just north of the RV park is this lumber mill.  Incoming logs are stacked in these piles awaiting their turn in the mill ... which, by the way, runs all night long. 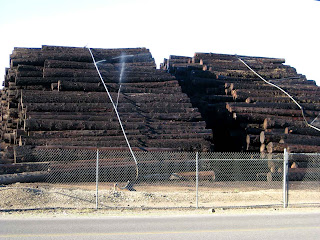 So it's off to listen to the grinding and sawing.  Wish I could say I was sawing logs!!!!!
Posted by Nancy Kissack at 9:06 PM