Here's the repair Barbara, Tom and I did on my wiring.  So far it's working perfectly ... it's even waterproof in a flood ... but hopefully when we finally get to Arizona and Nevada, all that nonsense will be done with.  It's crazy to see cars under water where we have driven. 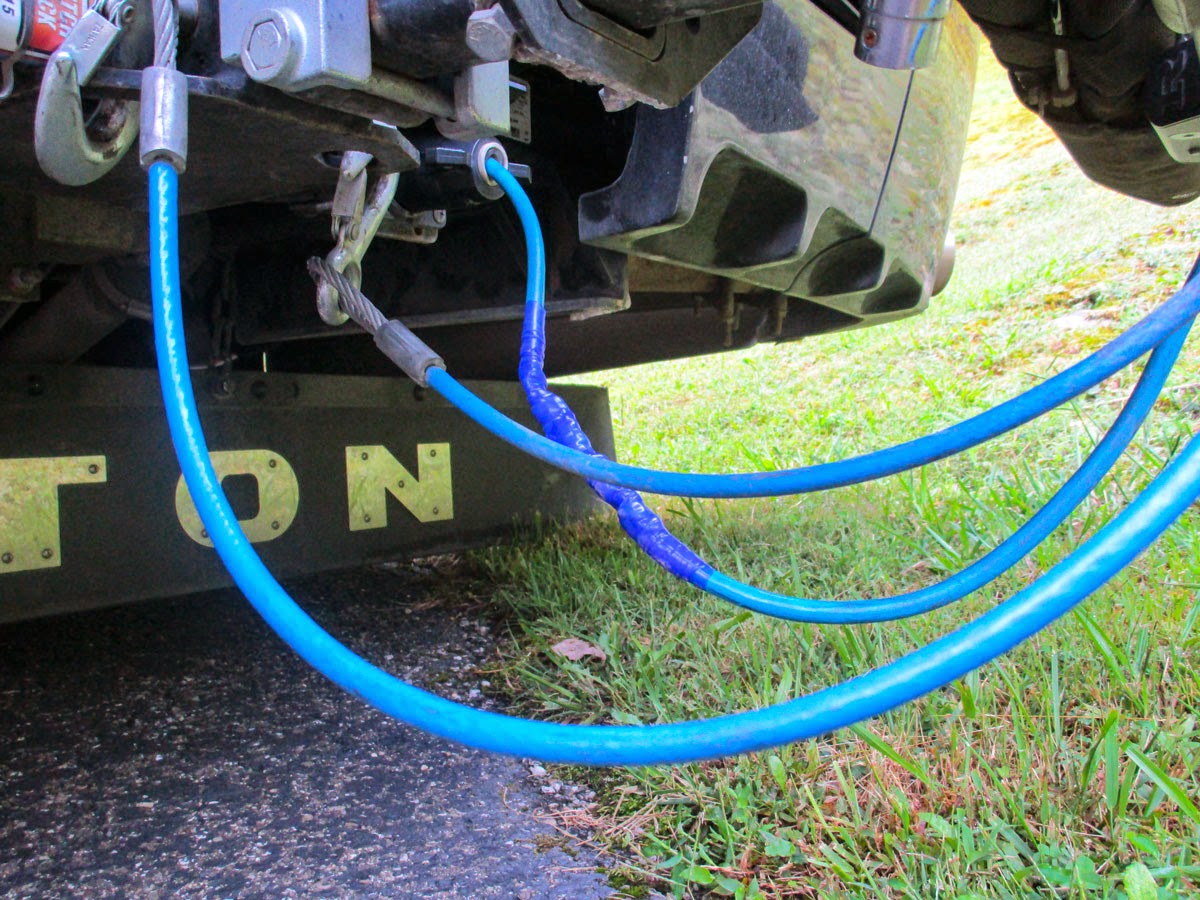 The infamous hairpin turn.  I didn't even try this time, I just did a huchi-goo and got around the corner, laid on the brakes all the way to the bottom and didn't scrape at all.  Course we tied everything up on the hitches, parked our cars in the local church parking lot and hooked up there.  Another 180 turn and a little off-roading downhill and we were back on pavement.  No, I'm NOT kidding .... 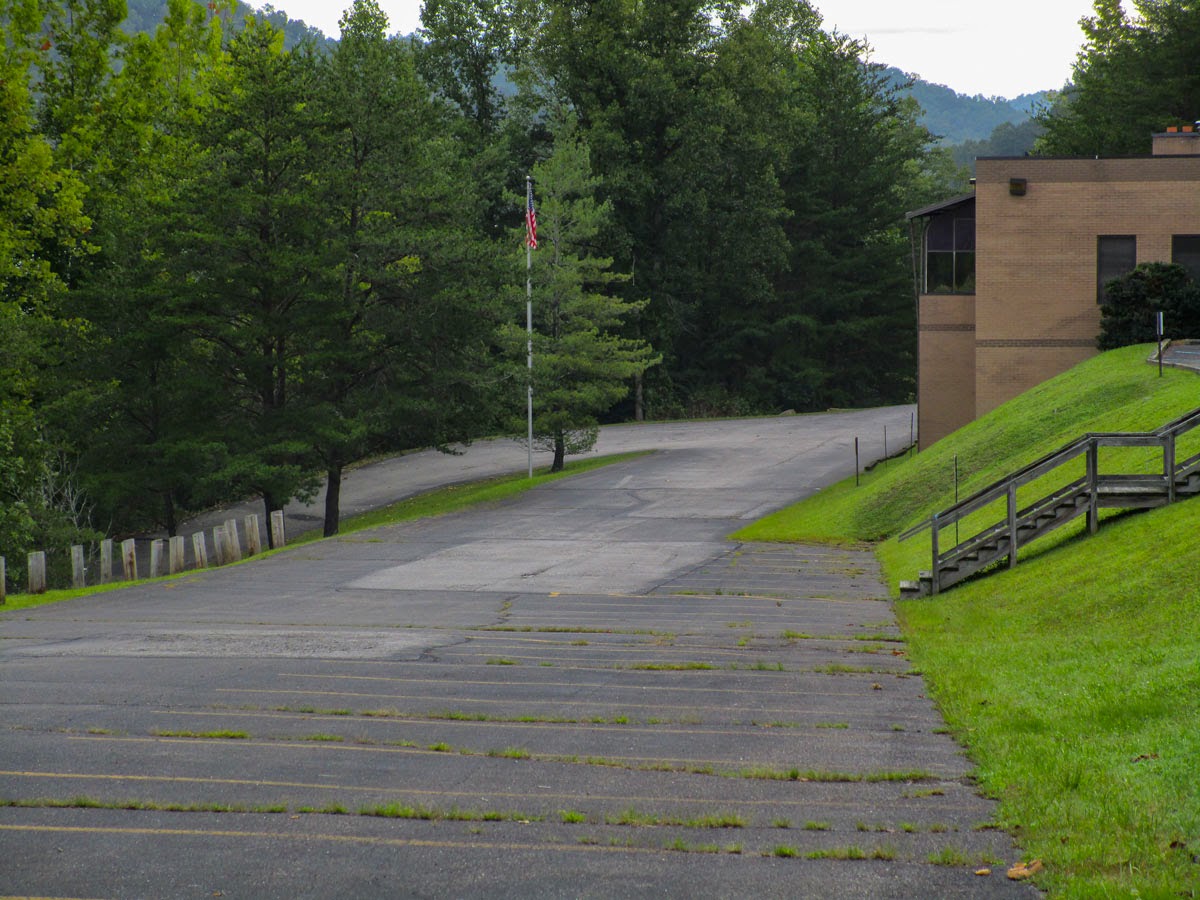 We're OFF through Charleston for a short way before we need to stop and take care of business.  Tom's start-up batteries need replacing, and being the computer whiz that she is, Barbara found an Interstate Battery shop in the next town of Nitro. 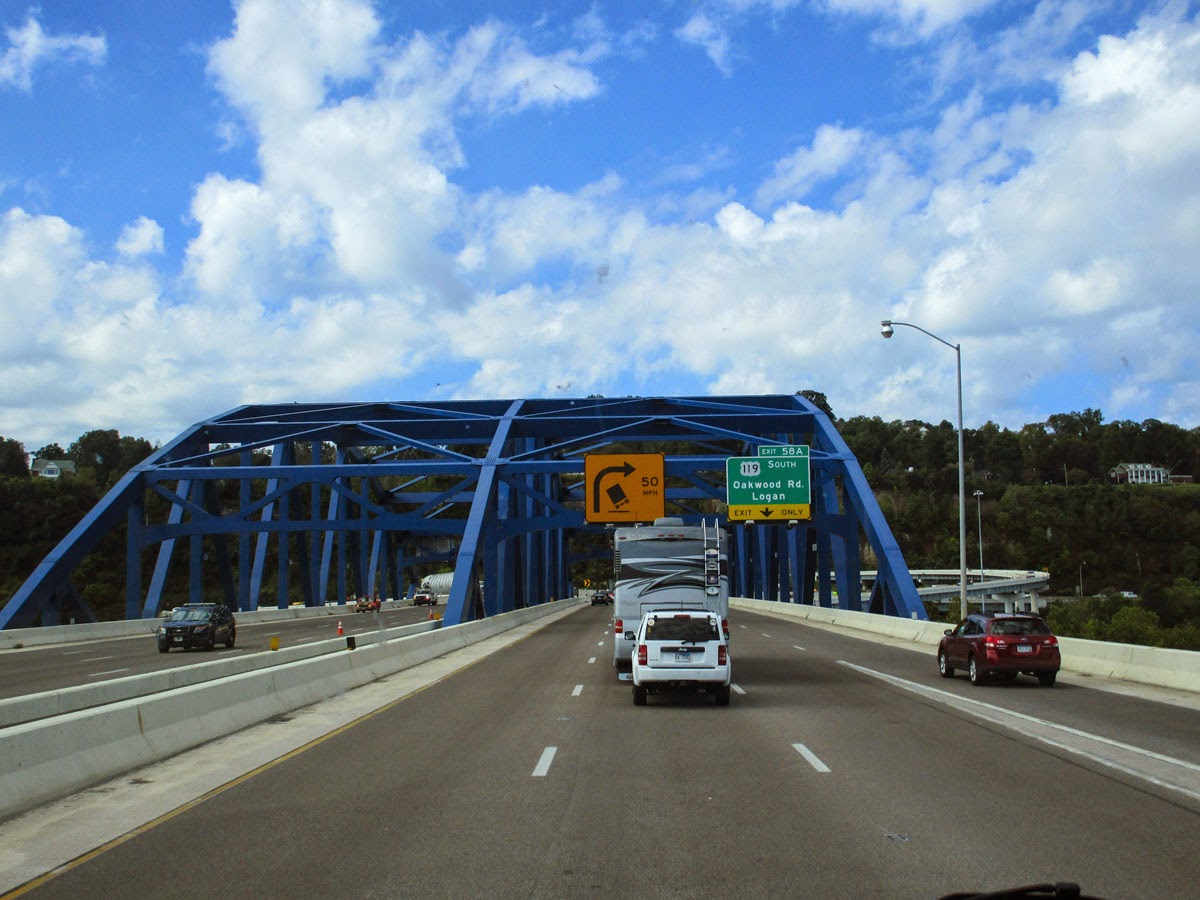 Squeezing down some one way roads, making left turns into lanes barely 9 feet wide and parking on the street so we could block everyone from leaving, we found the shop with ease.  Luckily for this repair guy, there was an empty lot across the street where he could change the batteries.  Otherwise he would have been on the street side with tons of traffic.  I had time to water the dogs and barely gulp down a snack and it was time to go.  One thing about motorhomes, you can pull out and stop traffic in it's tracks, giving the other rig time to get out of the parking lot.  That was the fastest battery change I've ever seen!! 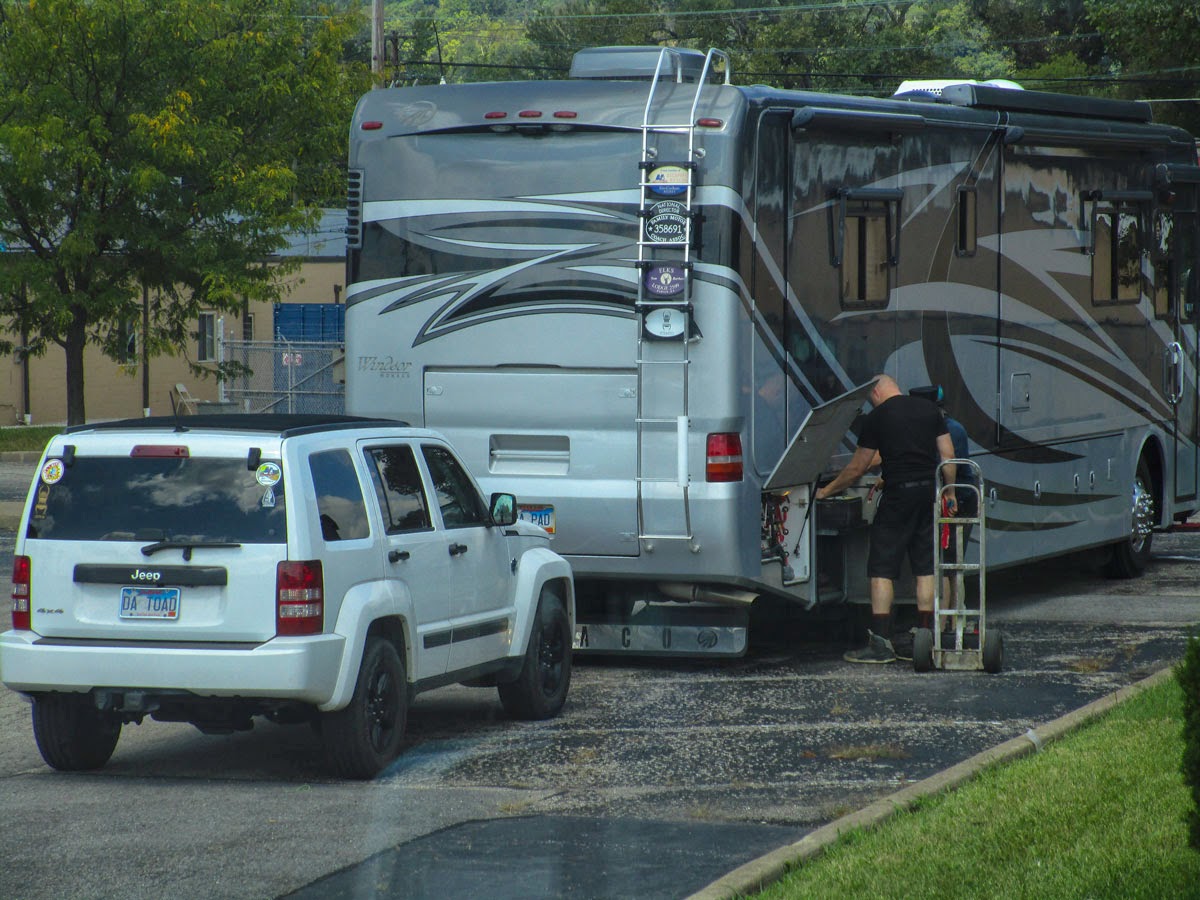 I have to admit however, that the people on the roads here have been really polite ... letting us over when need be, backing up so we can make turns ... it's nice to know kindness is still around!!  Here's one of the interesting things about back East.  Their wide loads are W I D E !!  We hauled a lot of wide-load equipment, but here wide means taking up both lanes.  They don't split mobile homes, they haul them whole.  Rafters??  They lay them flat on the truck and hang out 4 feet.  We saw many on the road today, including this tank that hung over the lines a foot on each side!! With still more business to take care of, we stopped at a Pilot station for fuel.  When I gave the girl my Flying J-Pilot credit card, she actually asked "what am I supposed to do with this??"  Ummm you're supposed to charge my fuel to that.  It's a credit card for your station.  After stating that fact three times, she finally ran it through, but kept putting in the wrong code.  I finally had to use a regular credit card ... none too happy about it either, as she took personal phone calls and called the Sheriff "sweetheart".  I'll take care of THAT business later with a phone call!!  Since she didn't know if they had propane or not, the second reason for our stop, we left to find a REAL Flying J down the road, where Tom got his propane tank filled. 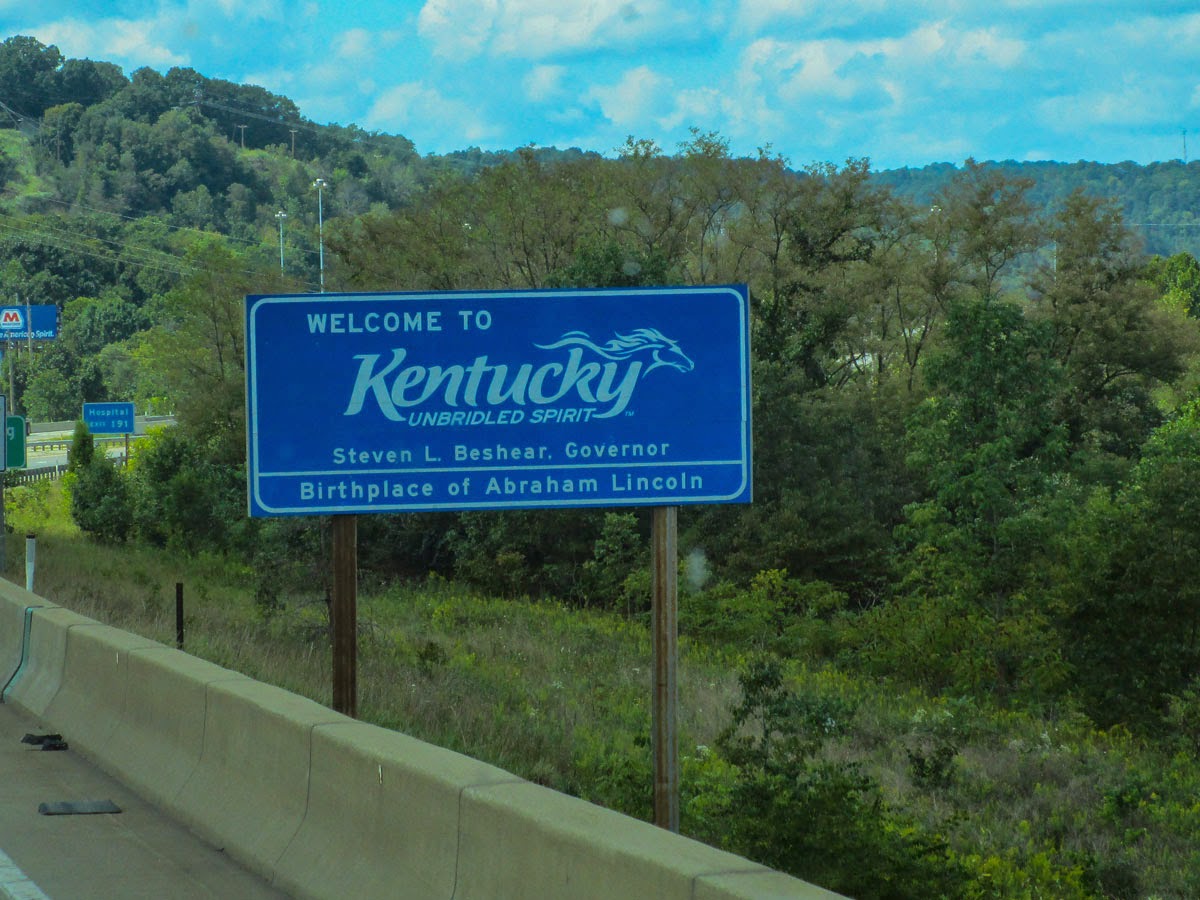 Finally in Kentucky, with still more ups and downs, it was easy cruising to Lexington. 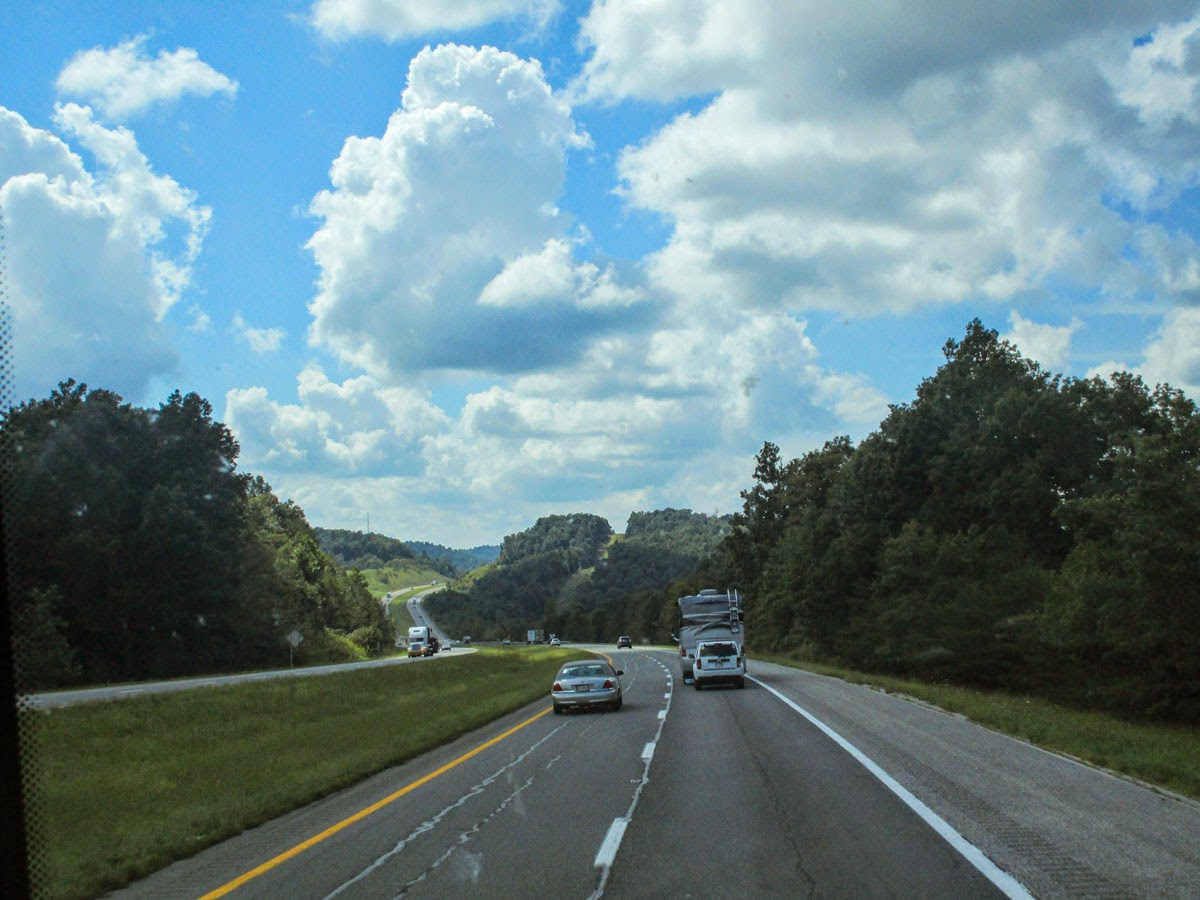 Unfortunately we had to go through town, taking several roads to find the one freeway we wanted to take us to Bardstown.  Traffic was a little heavy!! 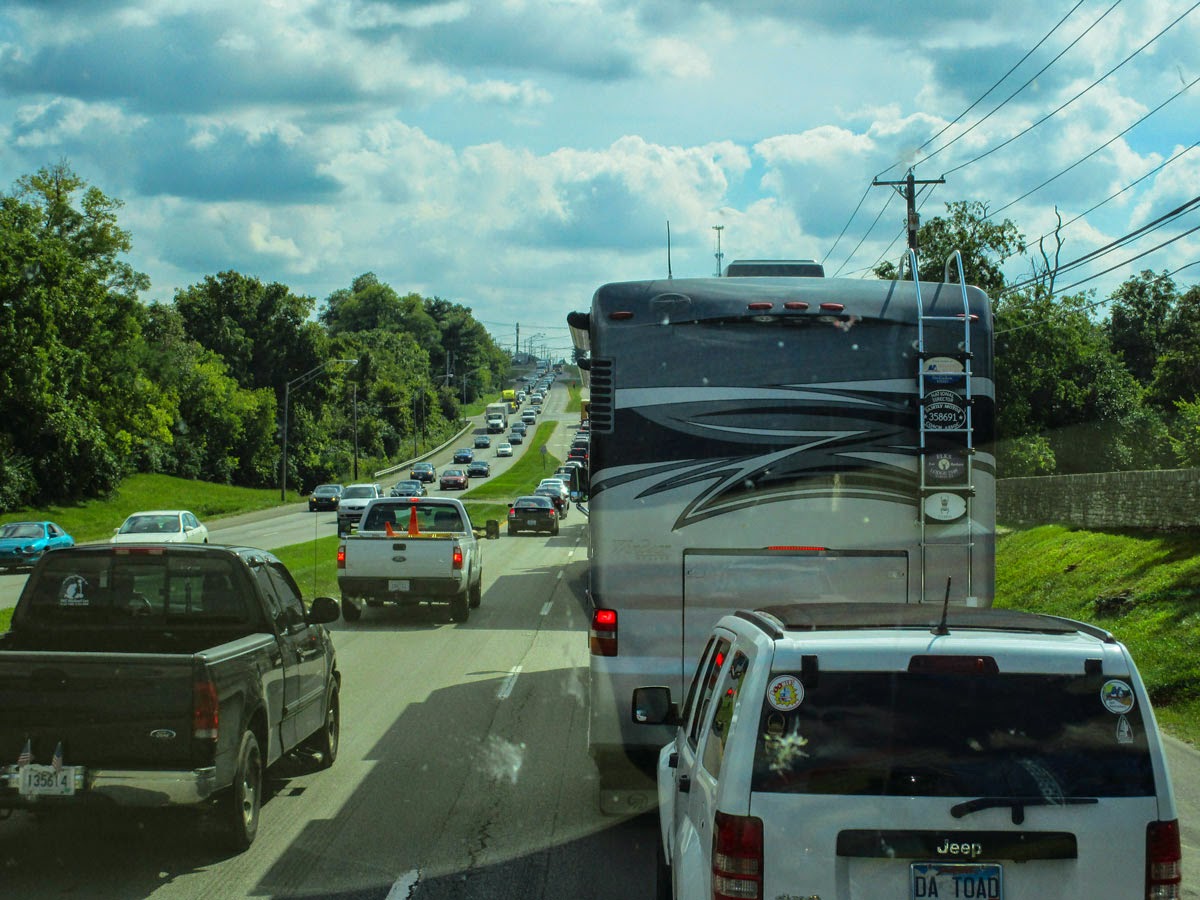 Then the best part of the whole day's trip ... we passed by some Kentucky horse farms.  WOW!!!  I've never seen anything like this in California!!  They have more money in the white fence than I do in my whole house!!  Home of Man O' War, Seabiscuit and other racing greats, Kentucky is definitely my kind of State ... for the horses, not necessarily the racing!! 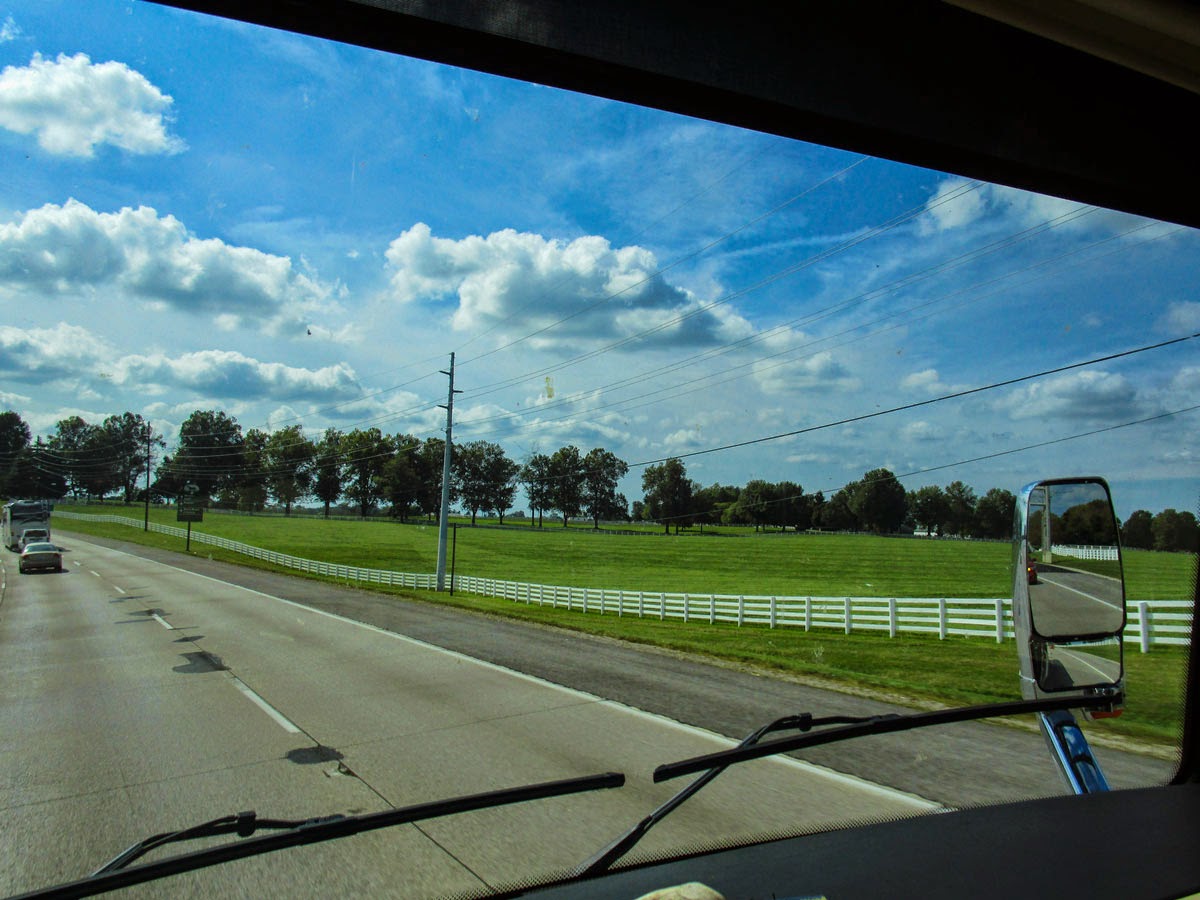 Heading out of Lexington through major rock cuts, we are closing in on Bardstown, home of My Old Kentucky Home ...... 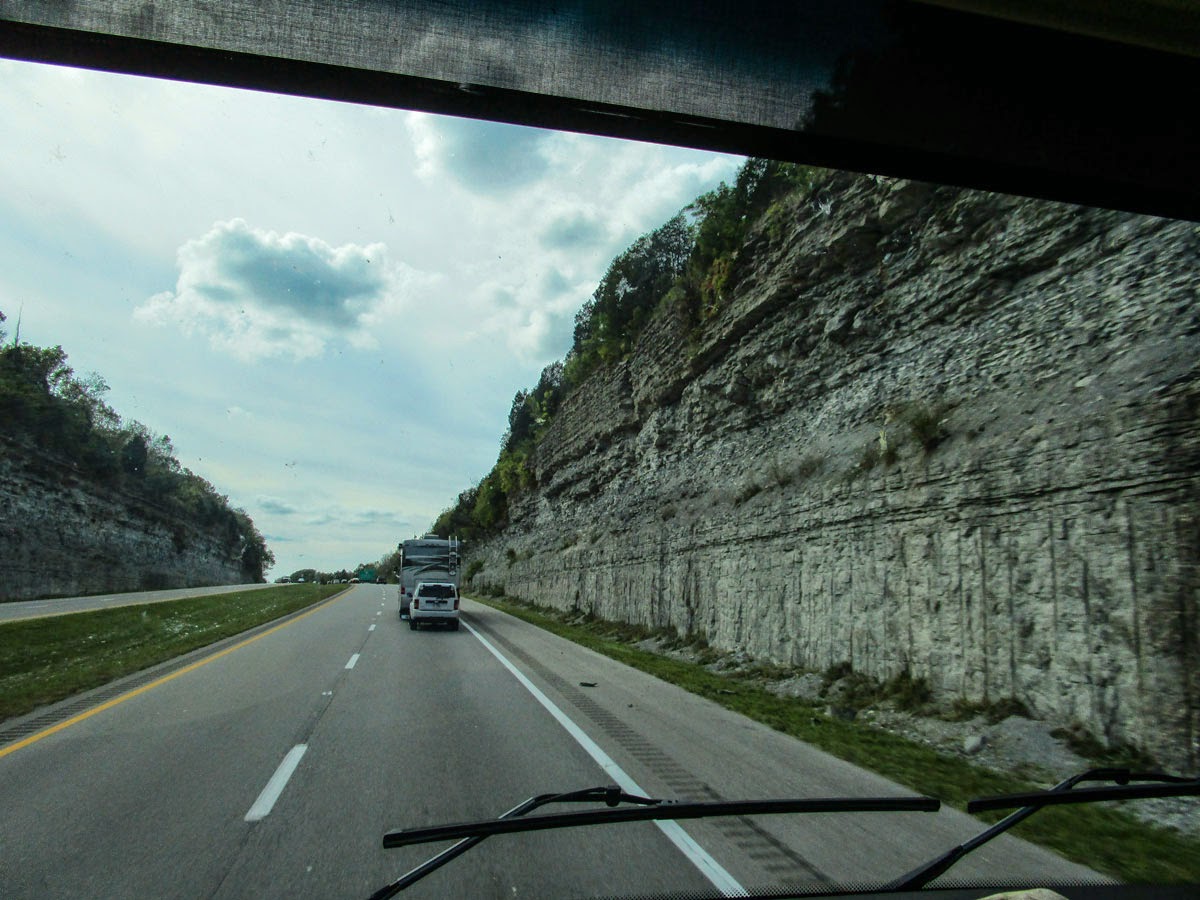 And you guessed it .... bourbon!!  Every two miles there were distillery signs inviting you in for a taste test.  Bourbon isn't exactly my thing ... but I suppose I'm willing to try a taste or two.  There's actually a trolley ride that hits several of the areas best that we will try to catch. 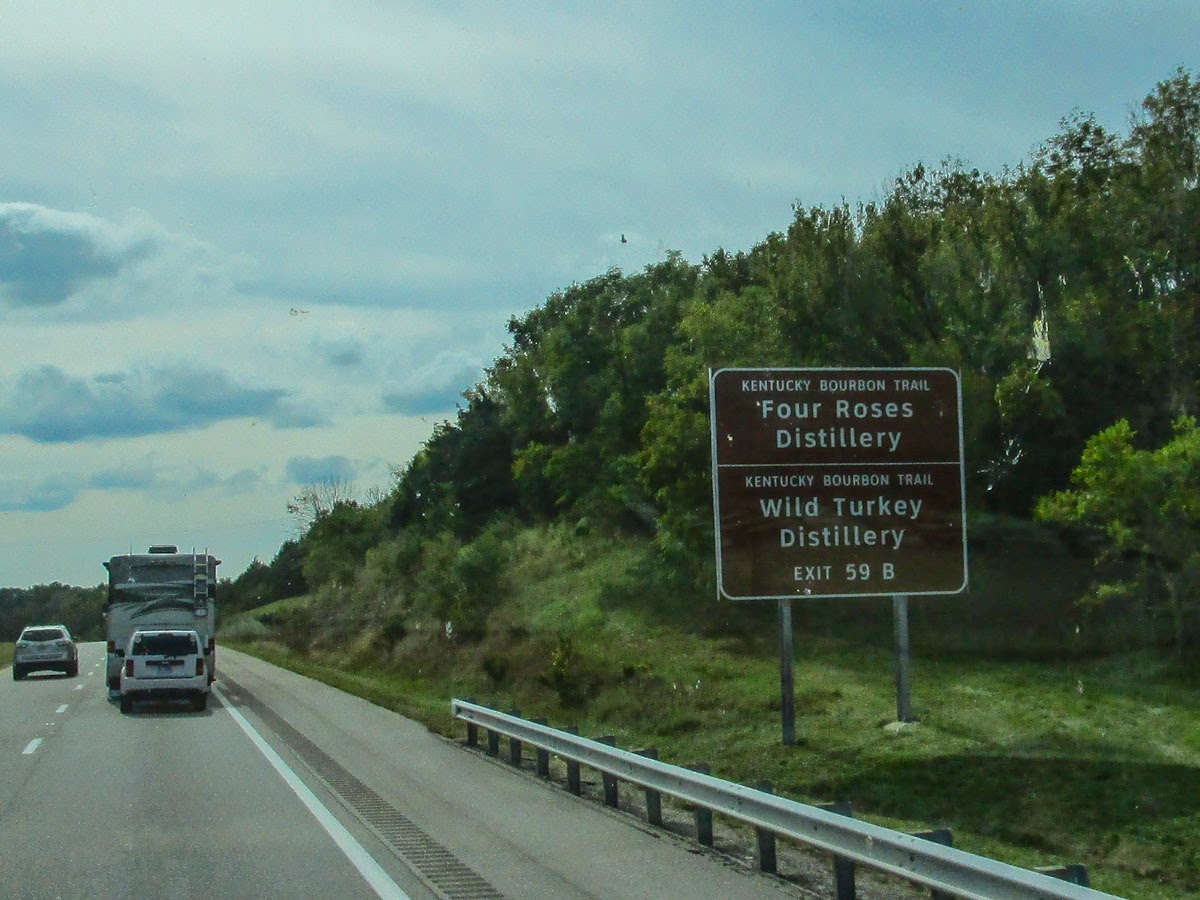 We are currently in the Kentucky Department of Parks State Park, where we found a spot with no problem.  When Labor Day comes around, the parks empty out pretty good.  Why even as I type,  my exhaust fan is bringing smoke in the window from the neighbor's fire.  The scary part was the large picture of a cottonmouth snake on the registration shack warning about walking outside after dark without a flashlight ... or taking your dogs out!  Yikes!!  Seems those slithery guys really love the cicadas that are hanging in the trees every night now.  We'll definitely be watching out for those guys!!

So can you guess where we had dinner???  Yup ... right down the street at the best restaurant in the business far as I'm concerned ... Cracker Barrel!!  Actually, I'm thinking this would be a nice replacement for the recliner in my rig that I never sit in!! 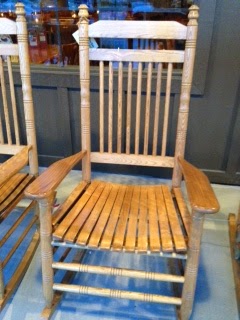 Their usual decor surrounded us as we had chopped steak, smothered in onions and gravy, chicken with apples and BBQ sauce and the usual delicious sides of green beans, broccoli, hash brown casserole and spiced apples!!  Yum Yum!!  My tab was all of $8 ... you can't beat that with a stick!! 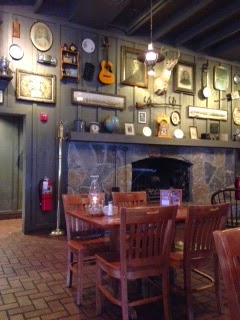 A quick stop at Walmart ... well not exactly, it's never a quick stop ... but anyway, loaded up on groceries and "stuff", we got home just in time for bed.  There's no TV here as we are surrounded by VERY tall bushy trees ... a perfect time for reading and knitting to movies I've already seen 12 times!!

Posted by Nancy Kissack at 4:44 AM