No, I'm not talking about the Disneyland Magic Kingdom, it's the Elks Magic Kingdom where I go to receive my weekly dose of sarcasm, friendship and bad attitude from the Bingo players that haunt the dungeon of our building. 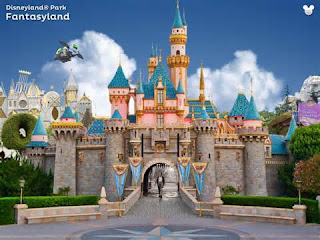 It has taken the Castle Lawyer and I years to whip this bunch of peasants into line.  Upon our arrival in the dark ages, the peasants ruled the land with an angry fist.  There were lots of free bingo game cards flying around, many fights, screaming matches and general mayhem before we arrived to take charge, and that was just from the KING, not to mention the peasants!!

Being two strong willed single survivalists, it didn't take long to convince the King it wasn't worth the fight.  The peasants were another story altogether.  I've never seen so many innovative ways to cheat.  If they would put that much energy into a job, they would be rich, instead of spending their grocery money on gambling!!

We KNOW who the cheaters are, despite their protestations to the contrary, and so are extra cautious every time they come to the table.  The problem arises when they bring in new peasants who think they can rule this kingdom like they do the other two games in town.  It's not happening here baby!!  WE rule with an iron fist and a baseball bat!!

The worst was last night, a guy who didn't want us to touch his cards.  It's bad luck he told me.  Sorry, I have to count the cards because so many people try to cheat us by putting game cards inside packs (as I picked them up).  I touched them again, just because I could, and then I touched every STACK of cards just to run home the point.  It makes NO difference whether I touch them or not!!  I touch the cards of everyone that plays here, and funny, we still have winners to the tune of $5,000!!

I thought he was going to punch me, when the King came up and saved the day.  At 6'3" and 250 pounds, the peasants instantly have a change of heart.  These ladies run this game ... go somewhere else if you don't want to follow the rules!!

The rest of the night went well as we ushered in people in wheelchairs and walkers with their oxygen bottles in tow, the Alzheimers patient who can't remember what number was called and the grandma of 98 who can't stamp her numbers fast enough to keep up ... oh, and the complainer who hasn't won a game in the four years I've been there, but still comes to play every single week.

Any way you look at it, it's our weekly dose of torture ..... and it makes me SO happy to know I'm healthy and alert with lots of hobbies to keep me busy!!  Were it not for the friendship of the King, the Castle Lawyer and the Guards, I'm sure I would find something much more interesting to do with my time!!  The up side is that 100% of the profit goes to LOCAL charities and our Elks Veterans Organization.  That makes the torture pill a little easier to swallow!!