Merry Christmas to All !!!!

Twas the night before Christmas and all through the house, not a creature was stirring, not even Cooper .. but he kept his ball close just in case Santa might throw it for him, 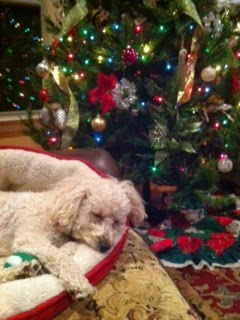 The children were nestled all snug in their beds, with visions of sugar plums (or balls) dancing in their heads and pretending to be asleep. 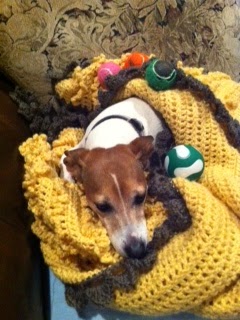 When on the back patio, there arose such a clatter - I sprang from the couch to see what was the matter.  Away to the door I flew like a flash, tripped over my shoes and fell with a crash!  There on the once white concrete I spied, two huge horses with no sleigh in sight.  This smarty pants (Remy) had opened the gate and was happily munching on my grass. 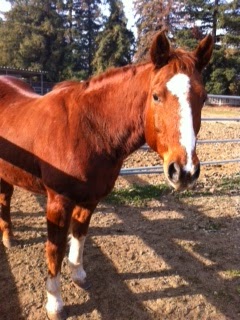 I whistled and shouted and called them by name  .. On Remy .. On Showby (well actually there were a few expletives mixed in) ... GET OFF MY GRASS!!!!!  They ran from the patio to the concrete wall ... dash away, dash away, dash away all ... and they did as I chased them around the yard a couple of times and aerated the lawn. 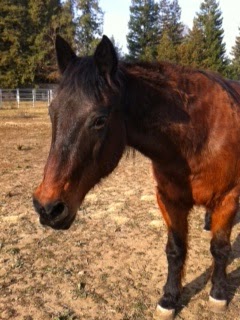 I never did see Santa, but he brought my babies new toys to play with.  Everyone who knows Jessie, KNOWS she is growling in this image. 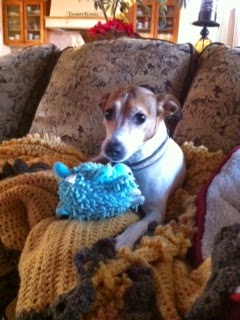 Santa also brought Caitlan back.  She has been at the Vet for three days ... surgery for several tumors and an emergency spay.  Unfortunately, the outcome doesn't look too good right now.  She is such a happy camper and doesn't understand why she has to lay down and be quiet.  She has a nice soft comfy bed which I nailed down this time.  She just wants to make her OWN bed!!!  Along with a heating pad just in case!! 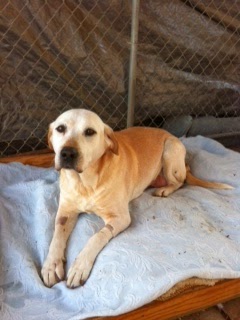 The horses too have had their share of Christmas problems.  Remy wasn't trimmed correctly and has very sore feet.  Clean and treat twice a day along with meds.  Showby has an upper respiratory problem ... also on meds.  So just call me Vet Nancy ... this is going to be my life for the next two weeks!!!!!

Hoping everyone had a great Christmas with their families!!!  Merry Christmas to all and to all a good night!!!!!!!
Posted by Nancy Kissack at 11:35 AM