Blowing Smoke On The Loop!!!

Both a wonderful and sad day, as the rally came to an end and we had to say our goodbyes to old friends and new.  Kudos to Barbara and Tom Westerfield for making this a great rally!!  Look at this breakfast spread!!!

Unfortunately I woke up with a sore throat ... yet again!!!  Thanks to the Pico's, I gargled with Listerine every couple of hours.  I'm not sure if it worked, but I did have minty breath all day!!  I do seem to be a little better, so will keep up the strategy for one more day. 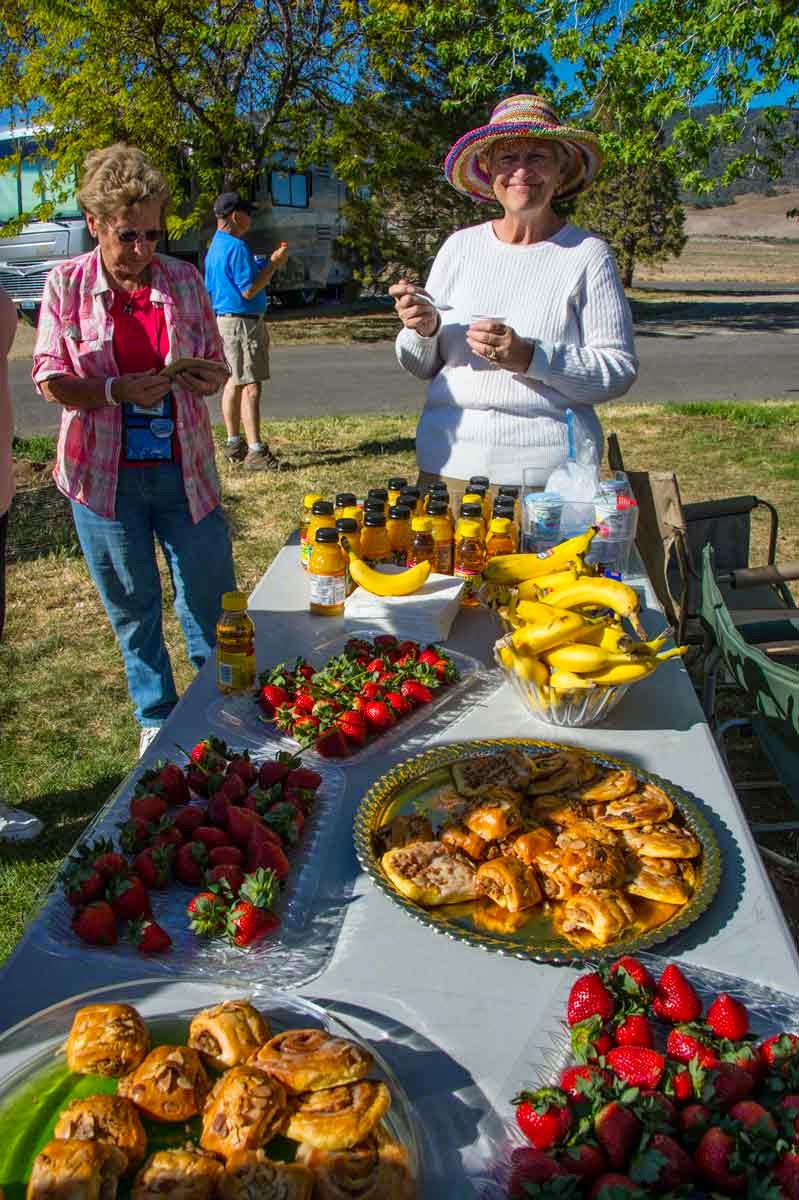 It seemed like the wind was perfect for the gliders as the planes took off quite often, pulling them up until they were released to soar on the winds.  Eeeeeek!!!  This is about as close to that sport as I want to be.  Not my cup of tea, but very fun to watch!! 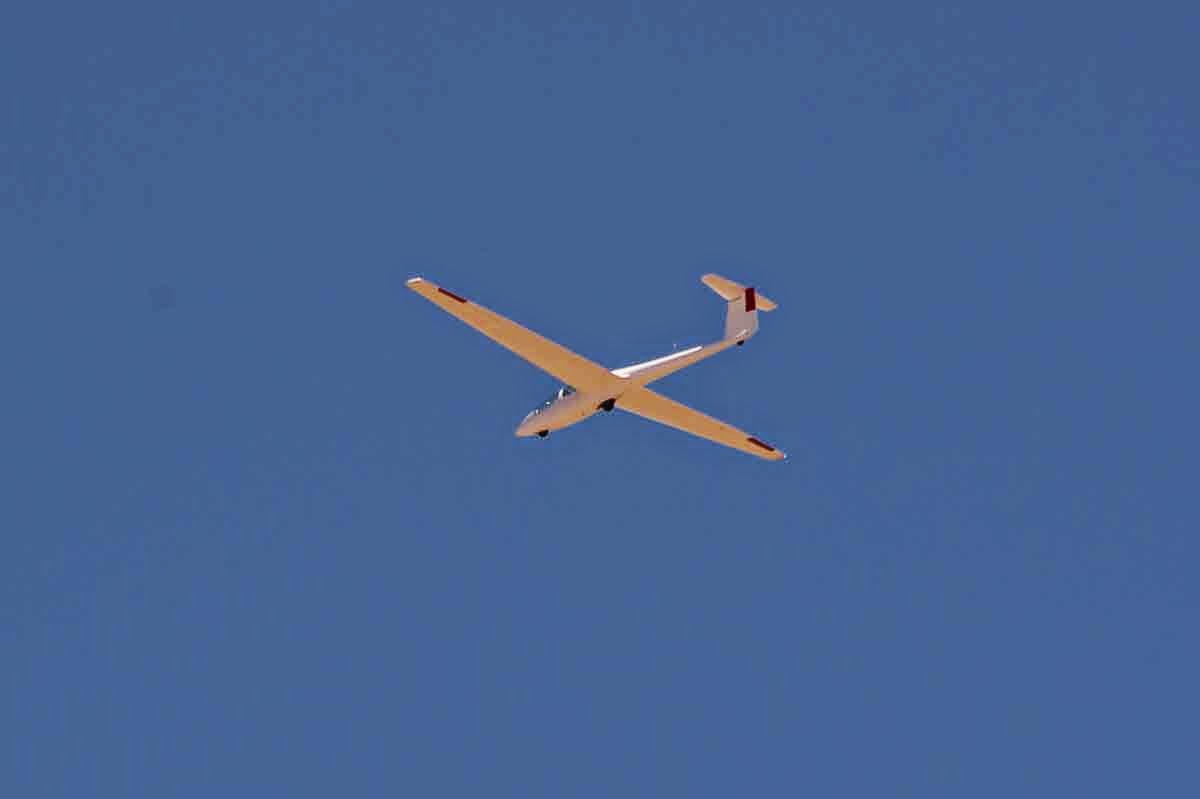 Don Pico made a troubling discovery when checking his engine before leaving the park.  All these finches around here have been busy little bees, building nests!!  Once we saw this, we all rushed to check our engine and generator compartments.  There was more than one found, so check your rigs occasionally to be sure no one else has set up housekeeping in your house!! 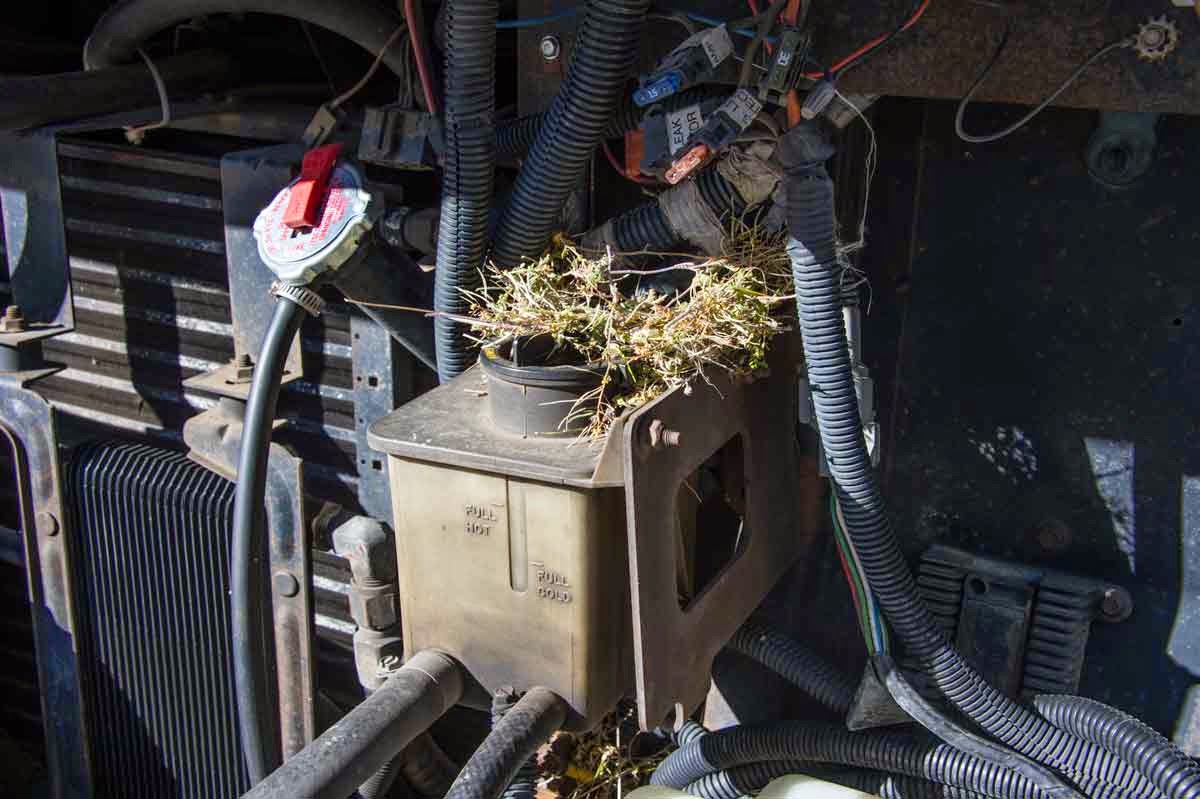 After lunch I rode with Barbara and Tom to the Tehachapi Depot Museum to make a donation in the name of the Golden Spike group for all their help in providing us the history of the area, not to mention the talk Doug Pickard gave.  He even went out of his way to meet us in Keene for more train talk and accompany us to the loop.  This is a great museum and the staff of volunteers are very knowledgable and friendly.  Be sure to stop in and say hello to Doug. 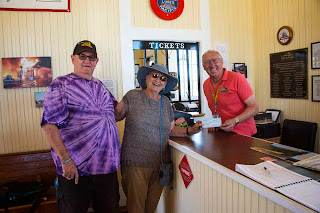 You KNOW we couldn't leave without one more trip to the loop to watch the trains play loop-da-loop, but unfortunately were immediately slowed on Highway 58 by an accident.  This is a 55 mph corner, and apparently "someone" tried to play race driver.  We never did see anyone other than emergency personnel, but the car wasn't in too bad of shape.  SLOW DOWN people!!!  I doubt the extra few minutes saved were worth the increase in insurance premiums!! 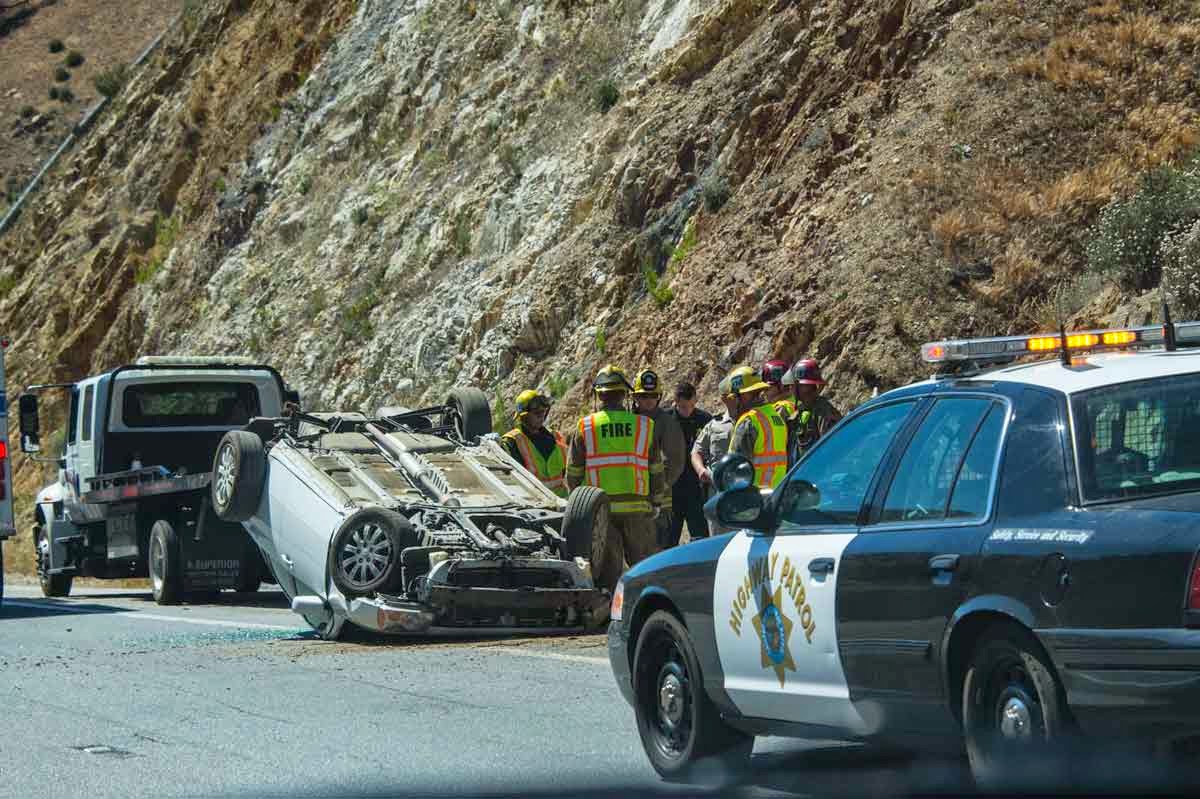 When we got to the Loop, I again walked up the road, then up the dirt road, then up the trail to a good vantage point on top of the hill.  I'm sure getting my exercise in on this trip!!  It wasn't long before the first train came down the hill and entered the tunnel.  I'm balancing on top of the tallest rock I can find, a little wobbly due to the 50 mph breeze!!  Okay, it wasn't that bad, but I was sure gripping that rock with my toes!! 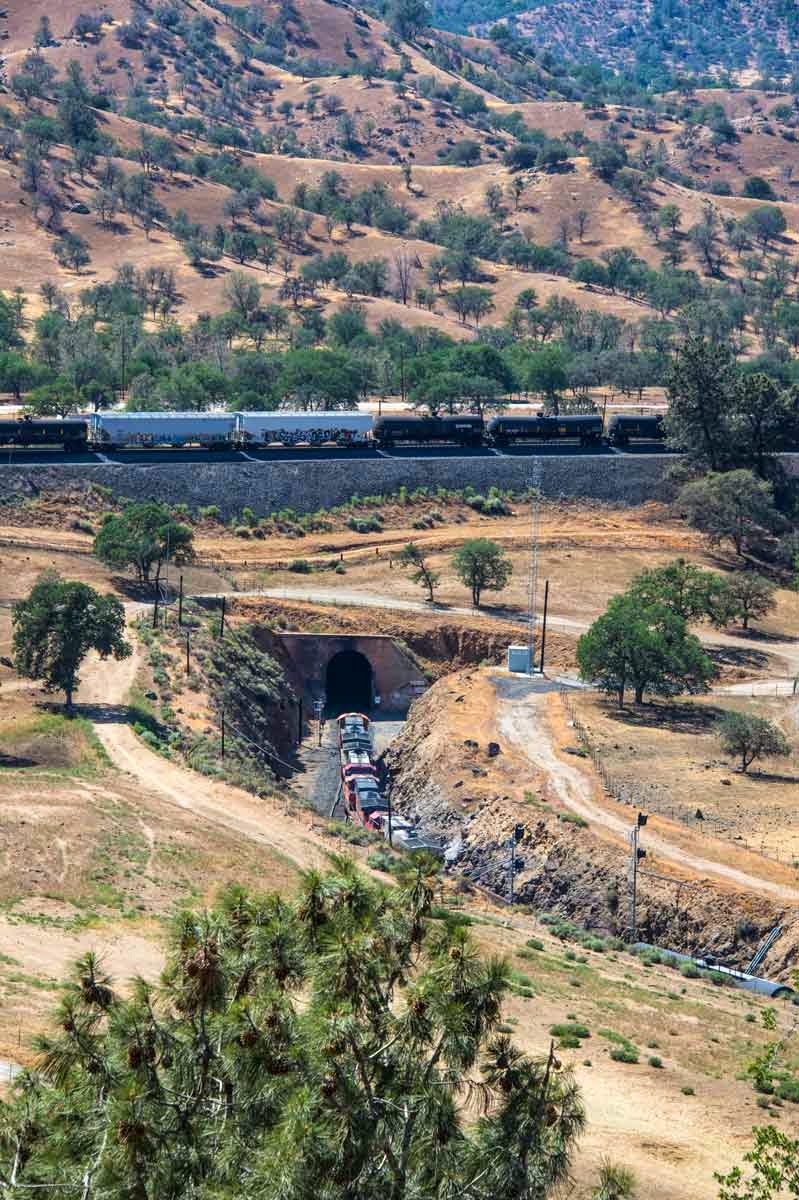 The trains didn't appear to be terribly long, but they sure were fun to watch!! 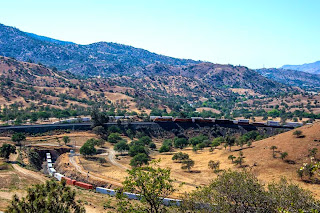 Then the second train came UP the hill.  Perfect!!  I'll get it coming through the tunnel ... and then it stopped.  What????  I waited for a few minutes, then called Barbara.  This train was hiding behind the hill from their view.  She said she thought it was on the siding, that there must be another train coming that needs to pass. 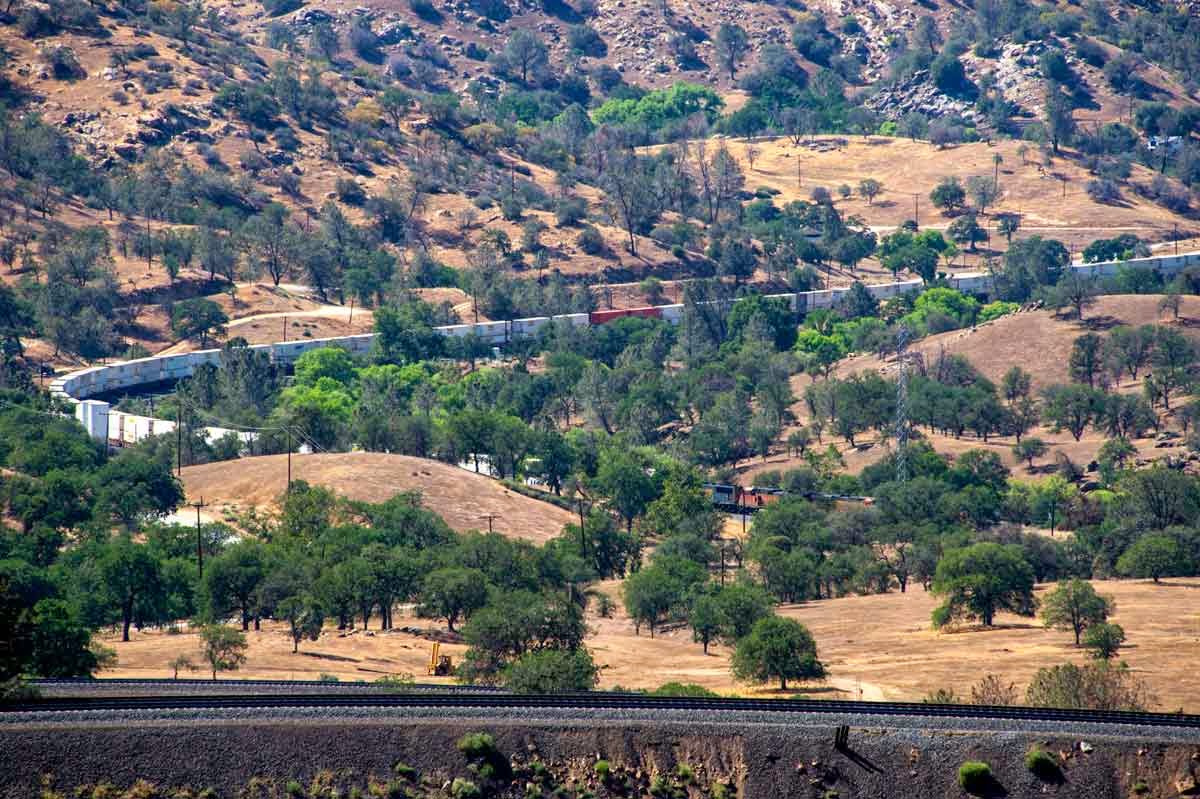 Sure enough, still perched precariously on my rock, I turned around to find the third train rumbling DOWN the hill!! 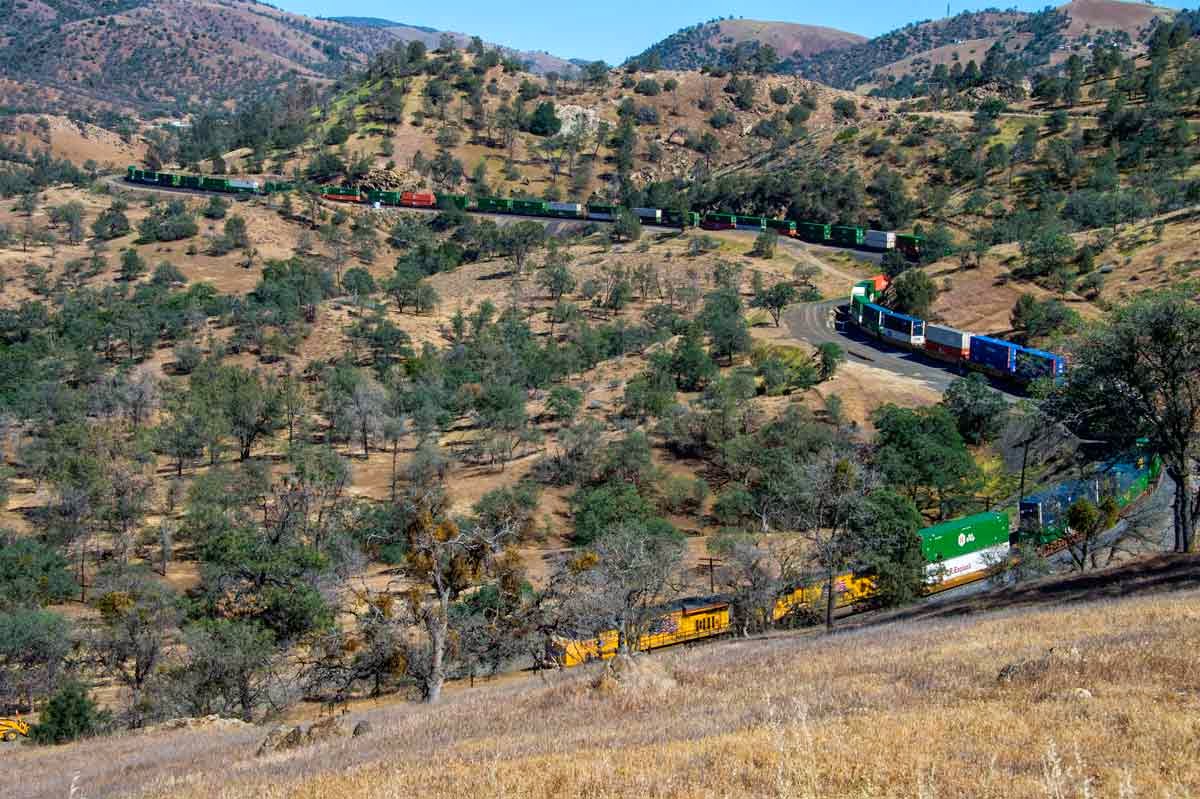 With only two units on front, he wasn't all that long either!!  Course he IS going downhill. 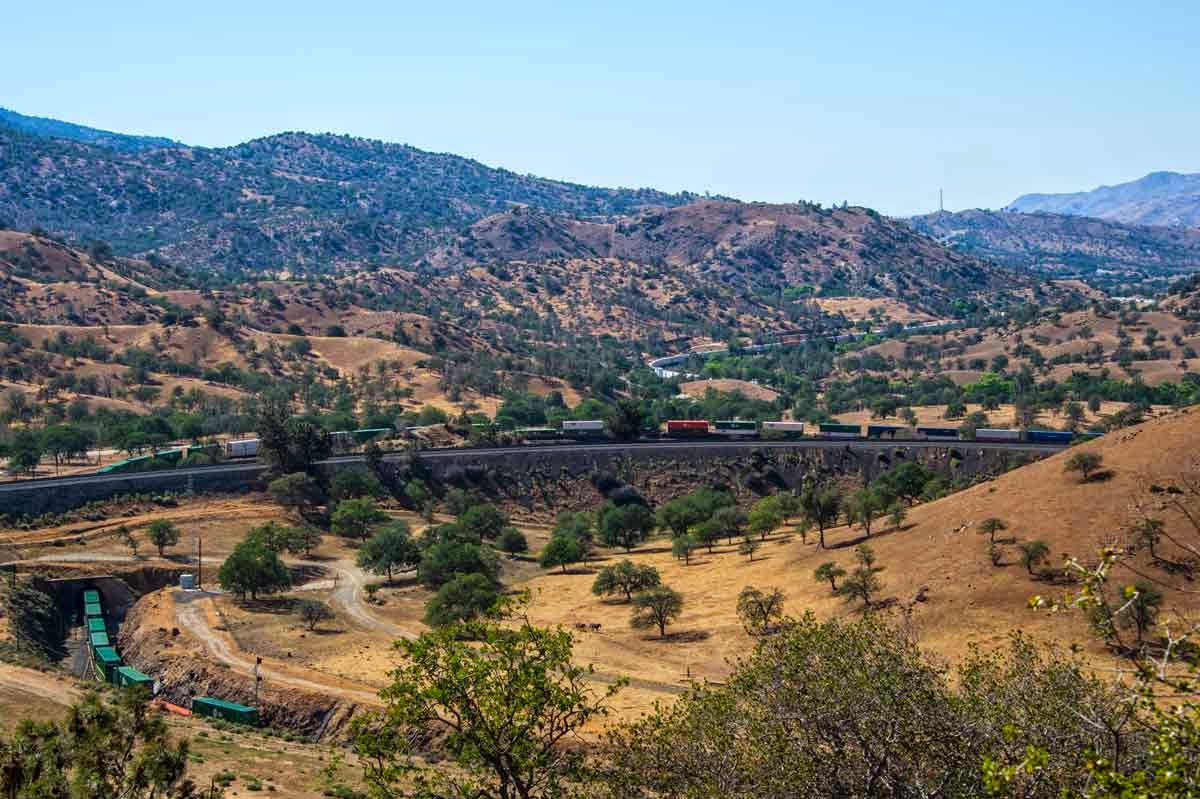 After another 15 minutes wait while they passed each other, the second train began his climb up the loop.  You can see his lights in the tunnel.  Just seconds earlier, one of the many horses at the ranch located in the middle of the loop, walked across the top of the tunnel.  What a picture THAT would have been, but he was too fast for the train and wandered out of sight. 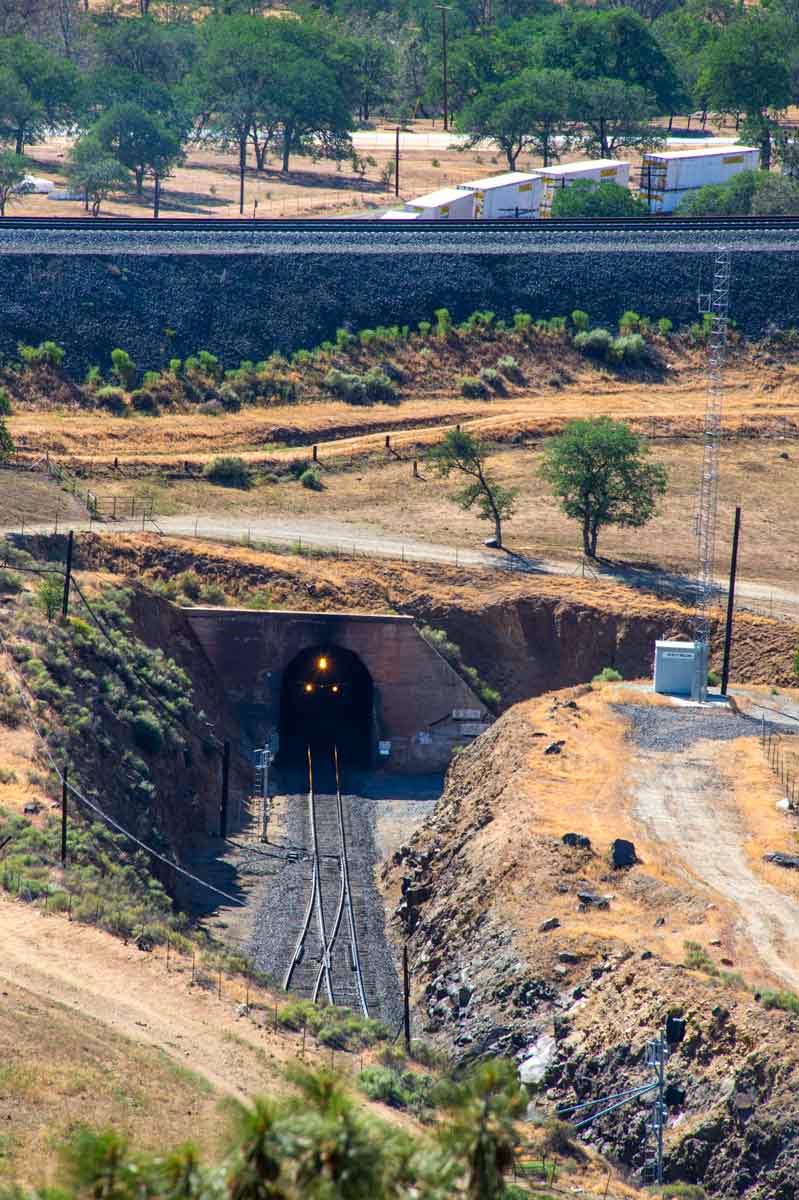 Coming through the tunnel, this Engineer blew some smoke from the third unit.  I must have snapped 10 pictures!!!  How cool is that!!! 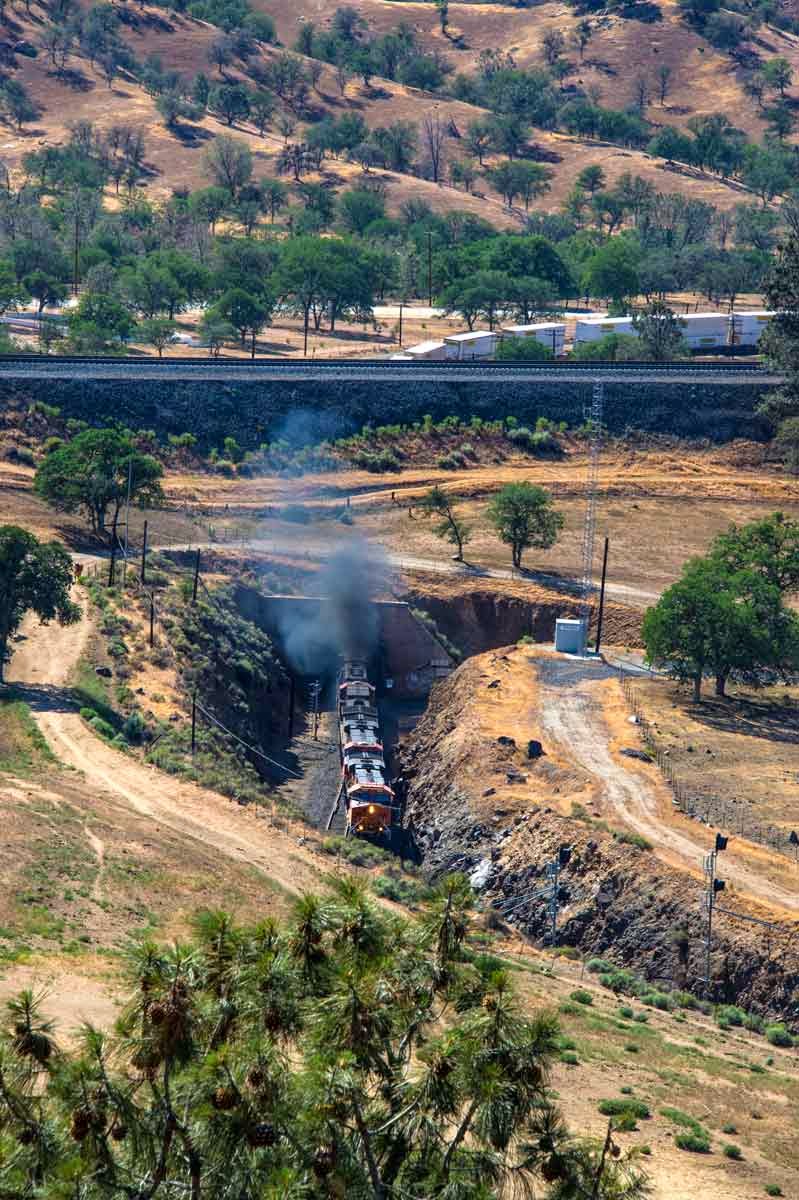 As he made his way around the loop, he crossed over the middle cars still emerging from the tunnel. 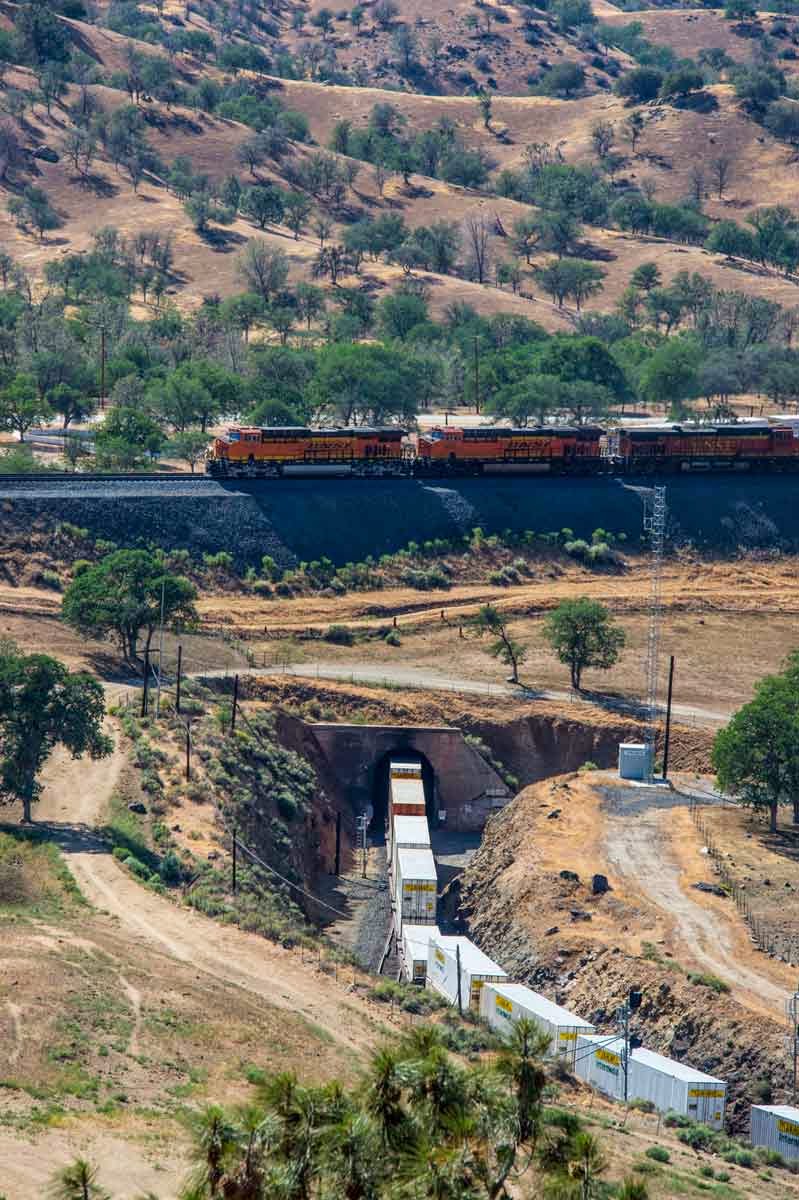 I just love the chugging sound as they make the corner!!!  He's full circle here. 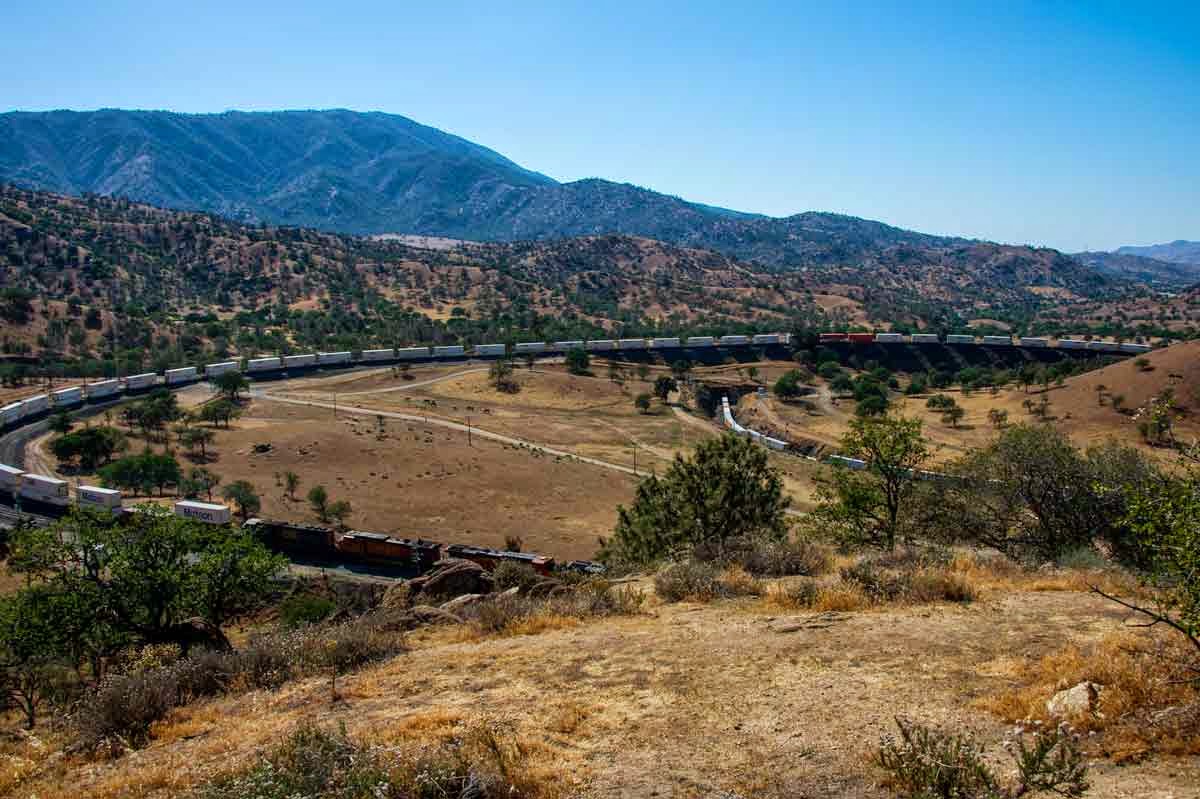 As he came around the Engineer waved ... what else could he do ... I was frantically jumping up and down flailing both arms in the wind!!! 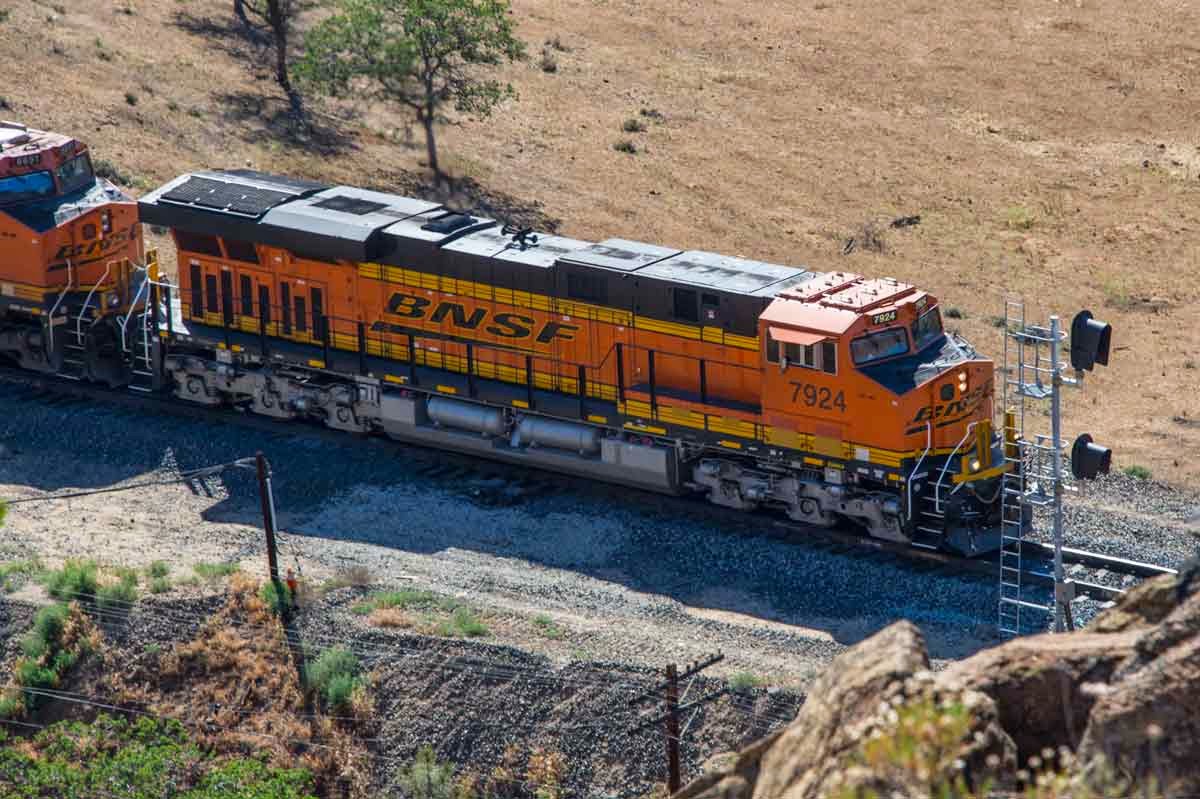 I watched him snake up the hill and around the corner before running back down the hill to the Westerfields.  It's happy hour time and we're late ... but with good reason!! 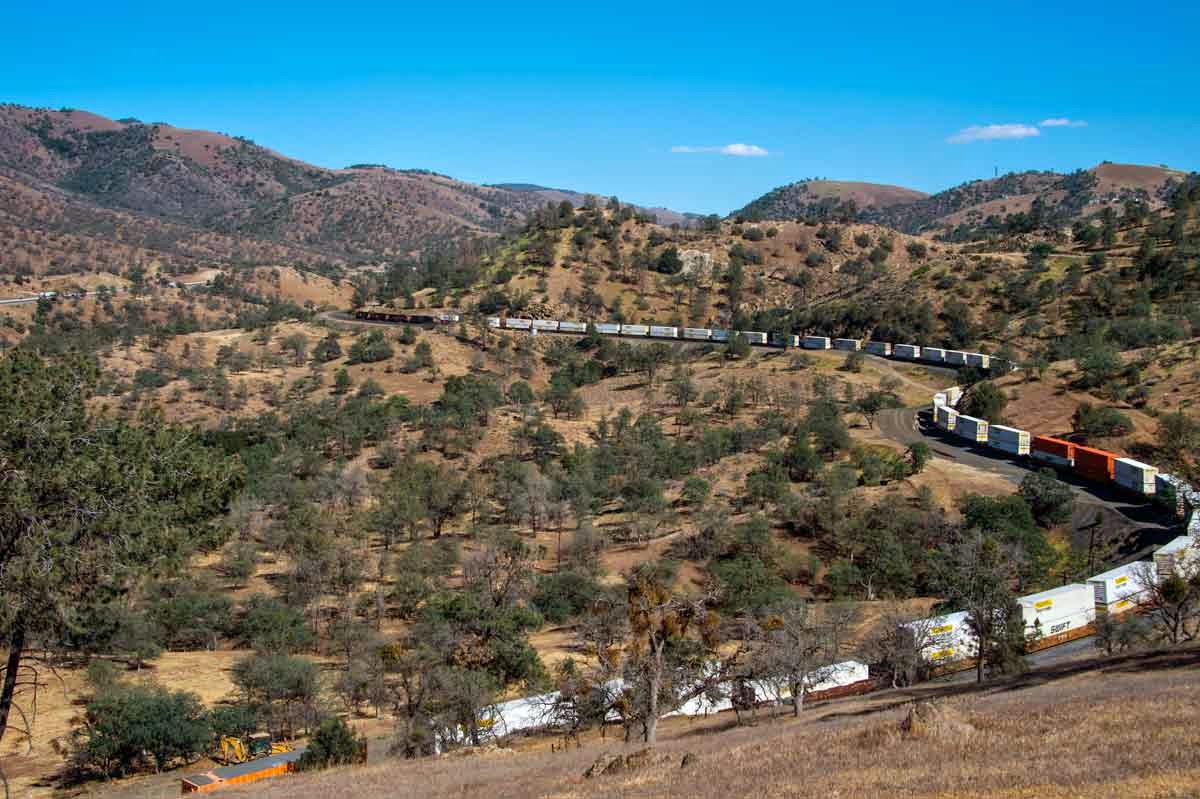 Since there were still nine of the group camped out, instead of leftovers, we drove to the Red House BBQ, recently purchased by the same people as The Apple Shed, so we figured the food would be good.  We weren't disappointed.  The Benjamins, Dixons, Westerfields, Hurts and myself were stuffed to the gills when we left, mostly with half racks of ribs!!  The staff is very friendly and the service great!!  If you like BBQ, stop in here for sure!  You just never know what gems these little towns hold until you check them out!! 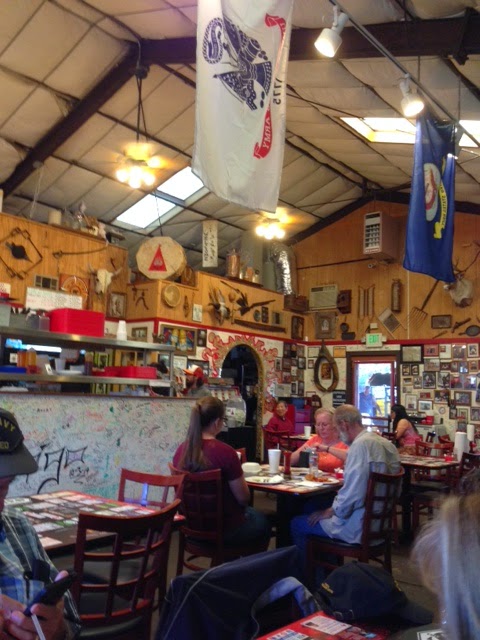 I think everyone is sleeping in late this morning, although Cooper didn't get the memo.  Try as I might to pretend I was still sleeping, he wasn't having any of it ... it's PLAY TIME!!  I sort of gave it away when I laughed at him, a half inch away from my face making funny growly noises!

Once packed up, I'll head back home for a couple of weeks while I get my act together for a run up the Oregon Coast.

Posted by Nancy Kissack at 7:03 AM