The Second Big Scoop Of The Week!!!

This time you ARE right ... it's all about the ice cream ... homemade that is, creamy, cold, sweet and delicious, full of candy to boot!!!

Back to their normal routine, Dan left for La Mesa RV in Tucson to drive RV's around, delivering them to various locations, while Patty got a haircut and a check-up.  Doctor says she's still breathing!!!  I took the puppies on a couple of long walks, checking out the coyote tracks ... and boy are there lots to see!!  The howling began early in the morning before sunlight, so I snuck outside trying for a picture, but they were just too shy.

The quail were at the feeding station en masse, but most flew away as we got close.  Cute little guys!!! 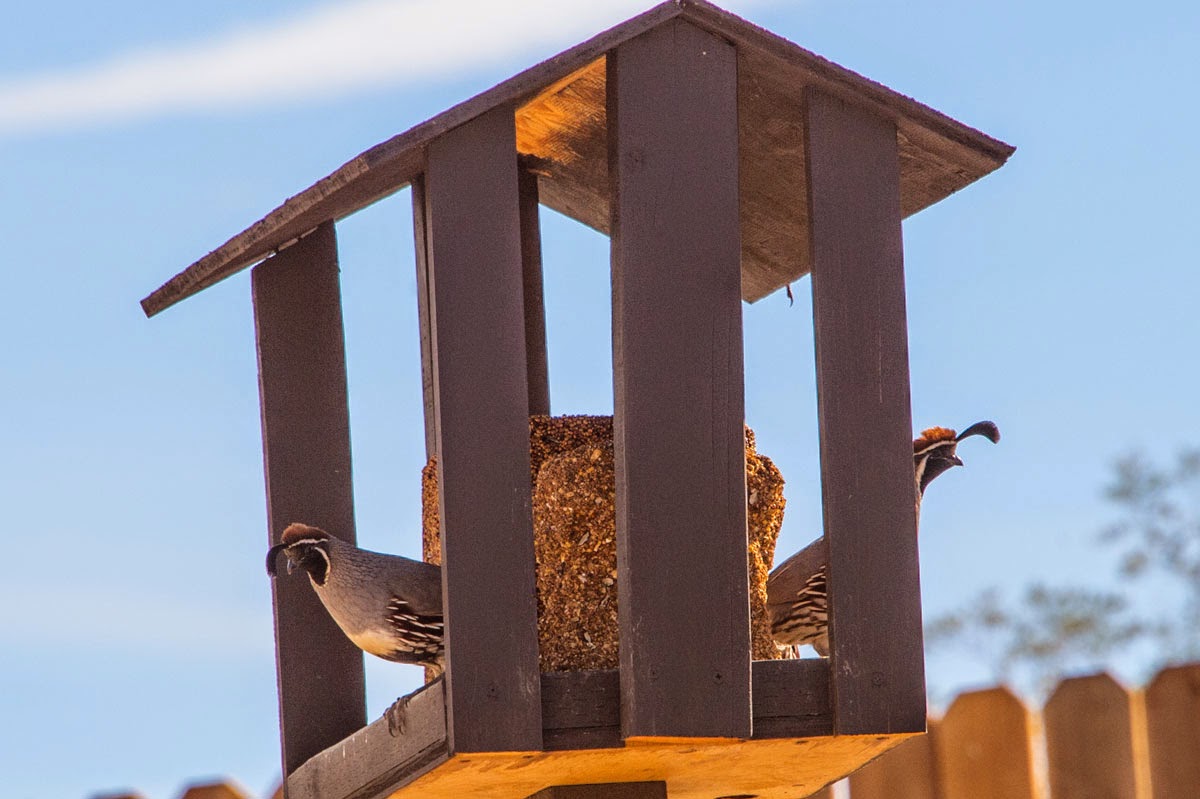 It was then that I spotted the snake!!!  YIKES!!!  Okay, it's not a snake, but a piece of rubber coiled up in the shadows of a tree.  It took my telephoto lens to identify this as NOT being a yellow striped black mamba. 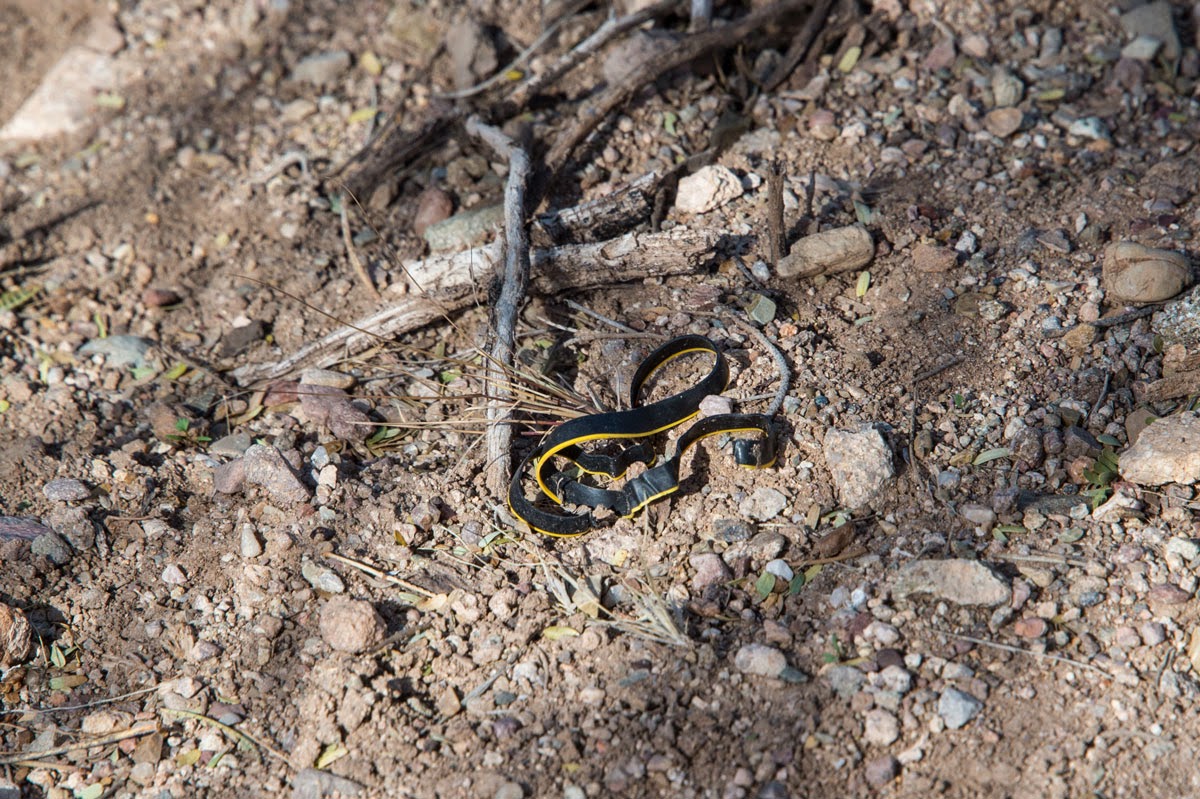 Now to the important stuff .....  last night after dinner Patty and I figured we needed more ice cream since Dan has a dentist appointment tomorrow.  As I began to set things up, the coyote howling began again, this time in earnest!!  A group outside the subdivision began to howl, with answering barks coming from the hill below us.  Being serenaded by coyotes is my kind of music!!! 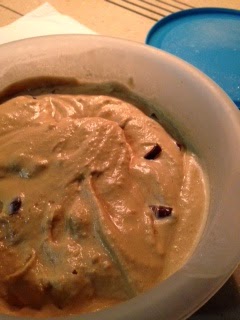 I forgot to bring my recipe book with me, so we used Patty's ... except it only filled a quarter of my large container.  I've never made such a small amount before, so I was hoping it would work.  Yes, it IS NOISY!!!  VERY NOISY in fact ... for the entire 40 minutes it took to freeze in my kitchen sink!! 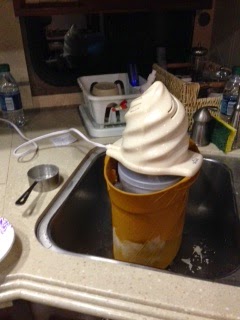 The ice cream is coffee, requiring lots of chopped heath bar pieces.  Once it was frozen, I stirred these in and let Dan have a taste test.  It passed!!!  YAY!!  Homemade ice cream for dessert!! 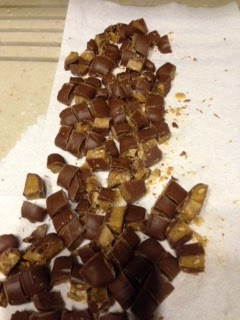 I haven't mentioned the trains in awhile because they have been few and far between.  The crew has been working on the tracks the last few days, slowing traffic considerably.  Until last night, that is.  They must be done with work, because trains rolled throughout the night ... I heard all of them!!!  In fact, one is passing as I type!!  Love them when I'm awake ... not so much when I'm trying to sleep!!  Maybe a nap is in order ... except today we head out to Tombstone, so it will have to wait!! 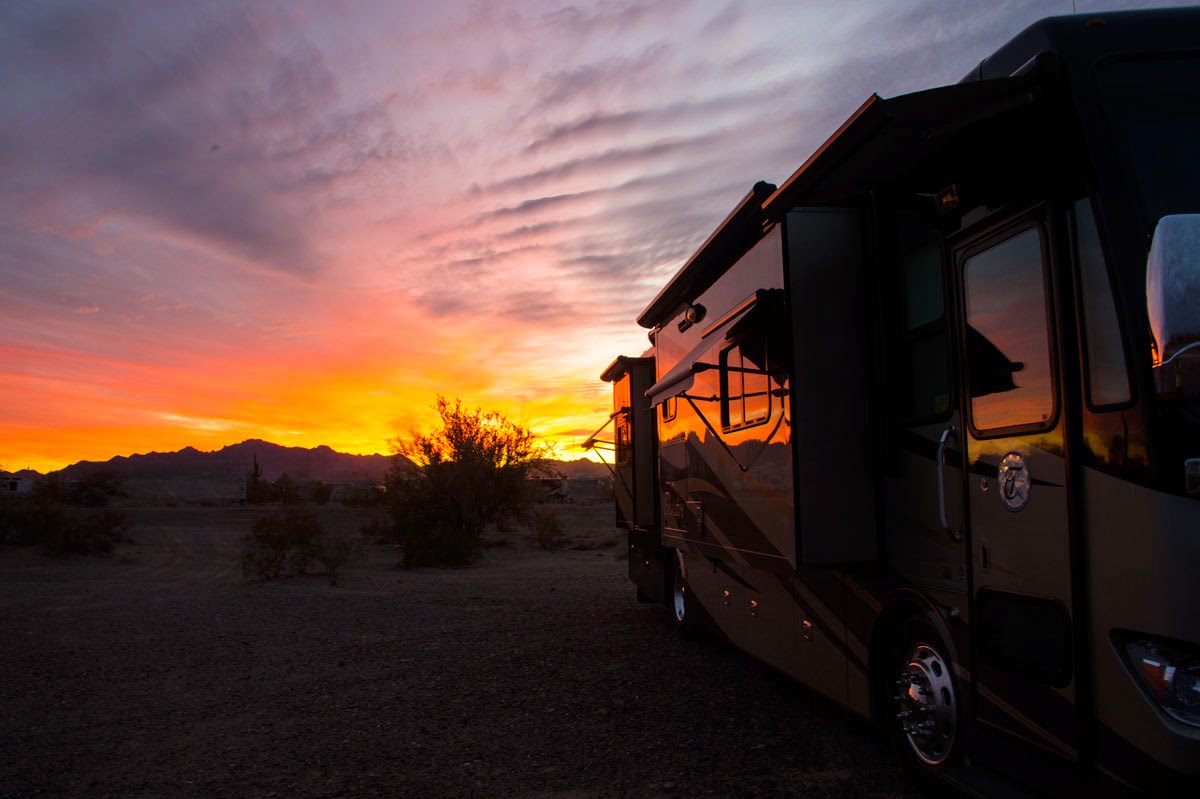