One More Day In Williams Arizona!!

I just LOVE this part of the country.  The Grand Canyon was one of my favorite places, including this little town at the entrance to the park.  The RV park is outstanding and the weather couldn't be better.  Time to get out for a little shopping!!  I figure this picture will get SOMEONE'S attention.  Who's ever heard of these??  Bootights??  Seriously ... who wears their socks above the tops of their boots ... with a skirt no less??  Well not me, but they looked kind of interesting, with thin socks at the bottom and lace the rest of the way up, so I HAD to try them.  The strings are called stampede strings ... to hold your hat on when the herd stampedes and you're going at breakneck speed on your horse!! 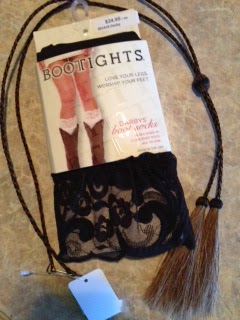 I hit my favorite restaurant,  Route 66 Cafe, for some BBQ pulled pork and sweet potato fries, along with the best ever cole slaw with chunks of apples and walnuts.  Half now, half for dinner!! 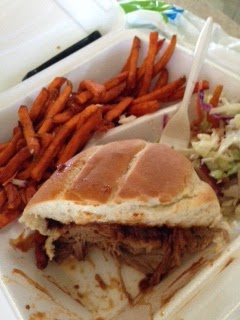 I forgot to mention the other day when in Richardson's Trading Post, a young Indian boy came in selling rice krispie treats (mom brought him).  Who could turn THAT down!!!  On the Q-T, Larry said he lets them sell their treats in the store because he knows they have a clean kitchen and work hard.  Good for Larry ... and good for the little boy!!!  They were delicious!!  Key word here is "were". 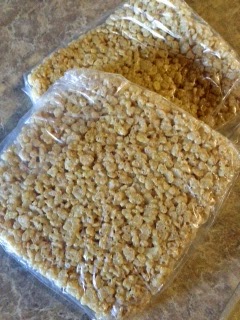 The colorful balloon place mats, I purchased at the Care Auction the Boomers had last week.  The Cowgirl Shirt I found in downtown Williams.  GREAT store, in case you need anything Western. 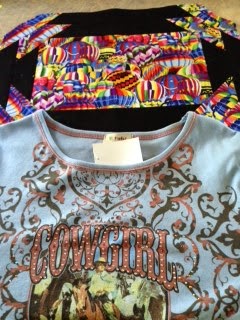 I found this nice Mexican rug ... even though they try to "hint" it's Indian ... it's much better quality than most I've seen here, along with another rope.  This one might become a bowl, if I can find some leftover barbed wire. 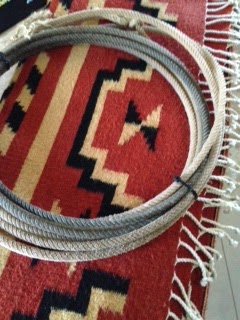 Unfortunately, the best purchase of the day, the Great Ogre Kachina, is packed, bubbled and taped up for the trip home.  It's WAY cool, but I'll have to wait to photograph it for the blog.  I also wanted to note that the Native Indian store had several Hoop Dancer Kachinas ... pretty hard to find. 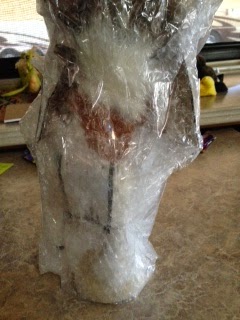 Williams presented another spectacular show last night.  The sunsets here are just amazing.  I'm usually outside waiting for them to happen, and it's fun to see people racing up with their cameras!! 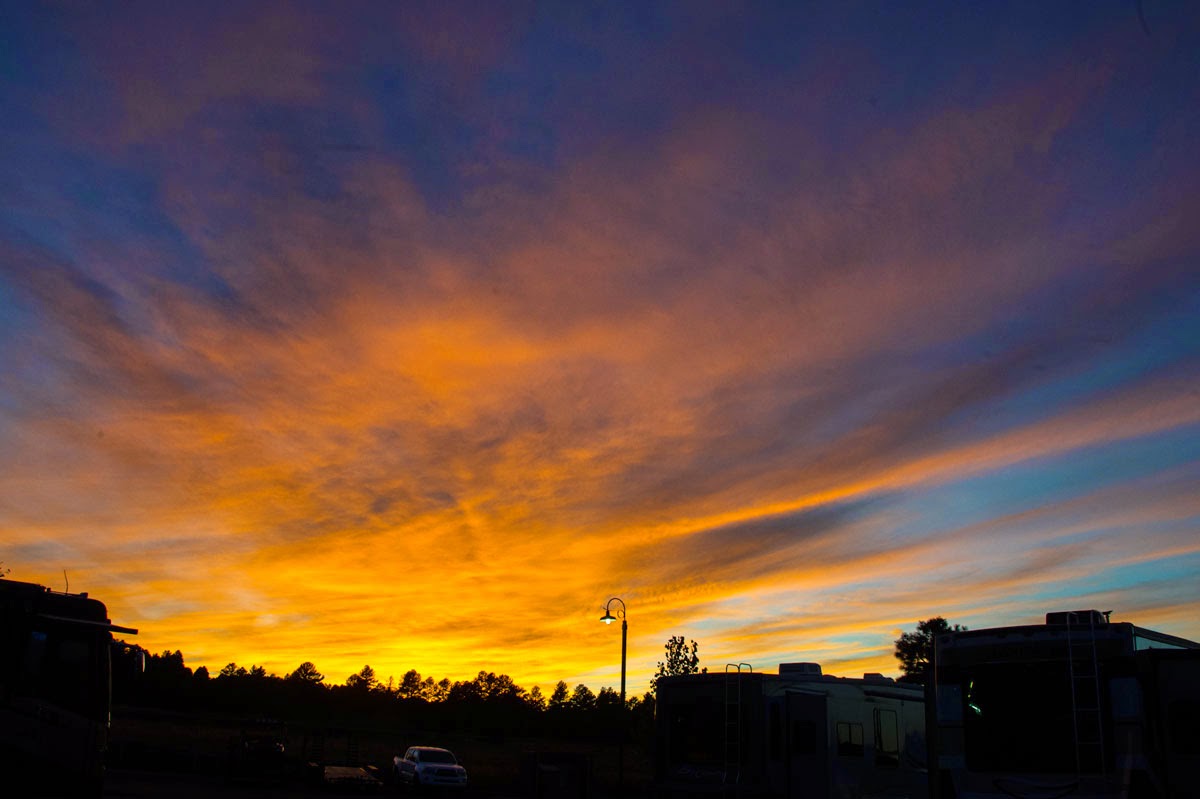 Once they see what's happening, they literally run to the fence, cameras in hand, talking VERY fast in  some foreign language with their family following behind!!  It's pretty nice of Mother Nature to put on a show for them!! 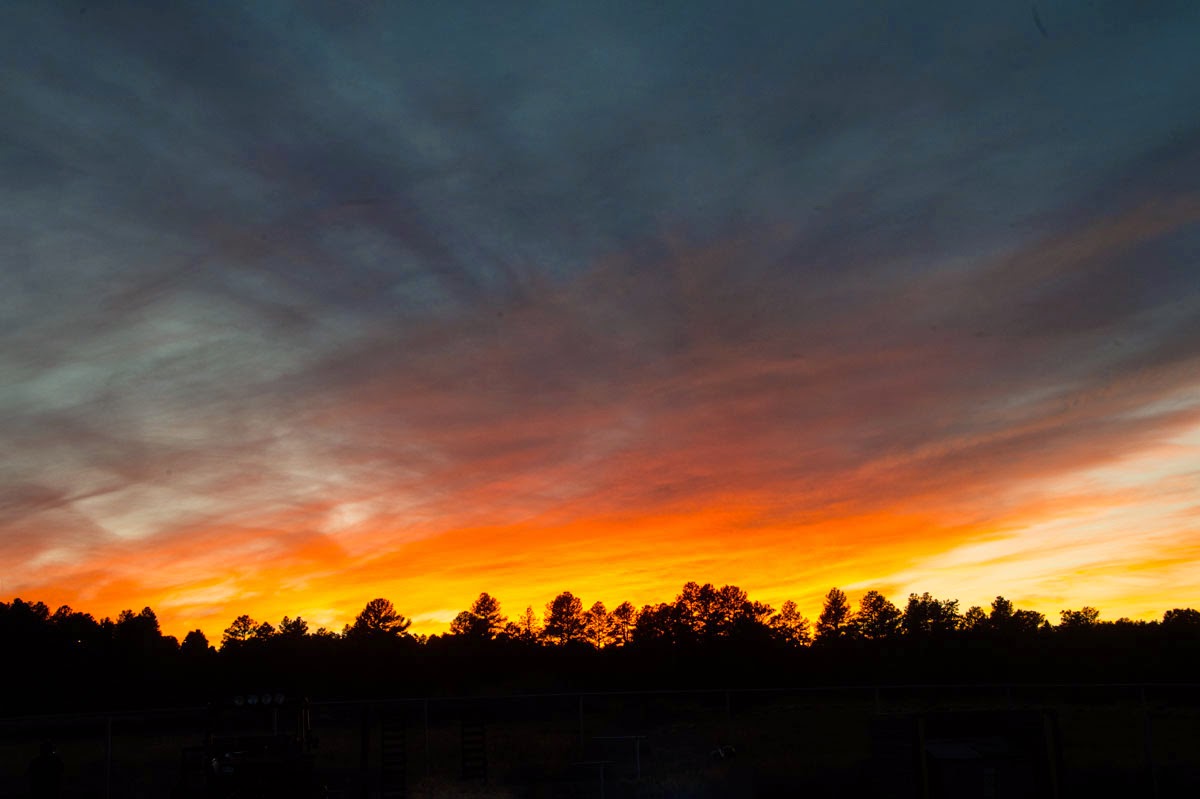 Much as I had planned to spend the summer of 2015 in Oregon and Washington, I may just have to come back to Arizona and New Mexico instead.  You KNOW I love the Cowboy and Indian history in these areas!!  Oh ... and FYI ... there is a new quilt store in Williams ... Quilt 66.  Great material and a very nice proprietor!!  In the meantime, I'm so happy I was able to expand my horizons on the Great Adventure throughout the U.S. ... the most important part being all the nice people I met along the way!!  Hmmmm I wonder what I could get for my house in today's market???

Posted by Nancy Kissack at 6:32 AM