Well it's not the most spectacular drive I've ever taken, and in fact can be quite boring at times!!  With two different cameras (notice the sky color??) and window reflections, these images leave a lot to be desired, but it is what it is!!  I left at 9:30 and hit the highway, expecting an easy 3 hour drive.  Hahahahaha!  You would think I learned by now, the phone is NEVER correct!! 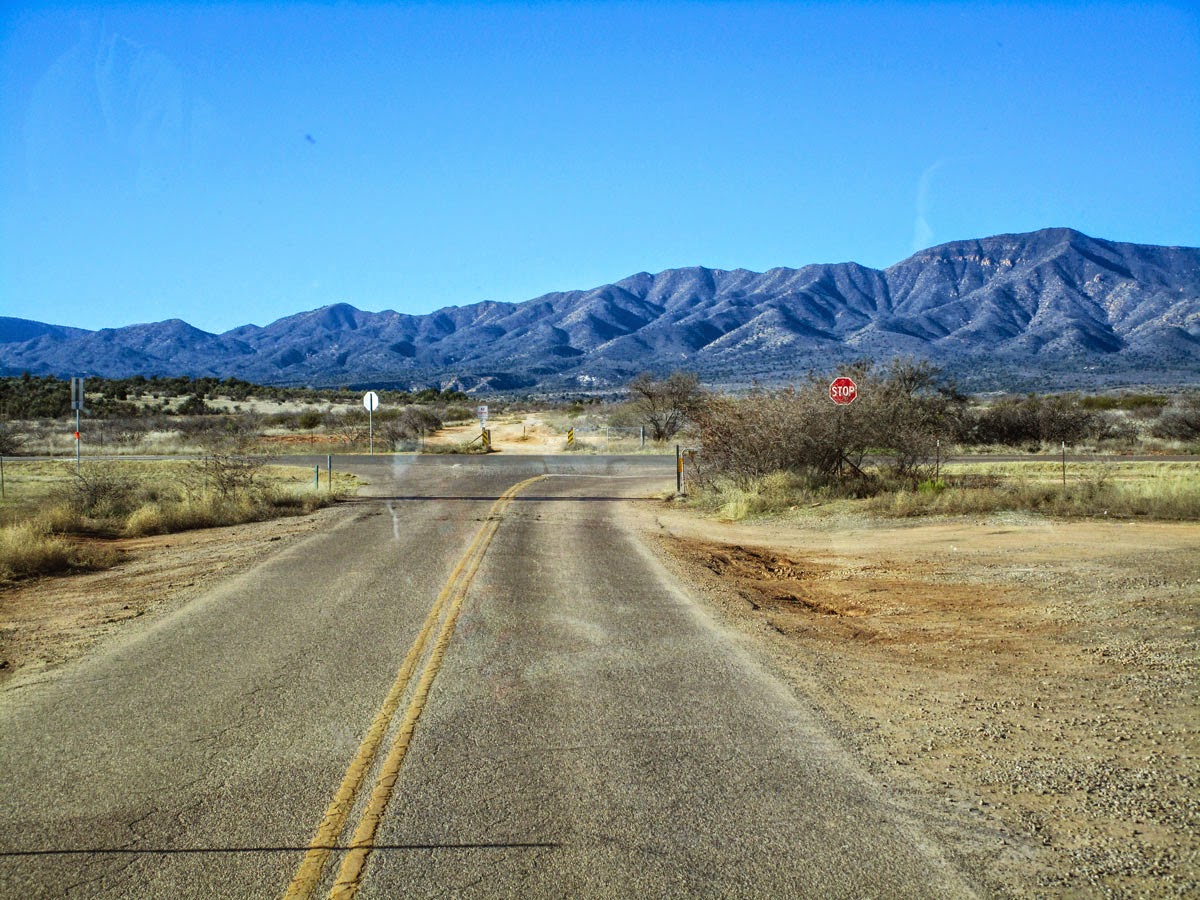 Best laid plans ... there was construction everywhere and 45 mph seemed to be the speed of the day.  I always love it when I get down to 2500 or so in elevation and the saguaro's are out in full force!! 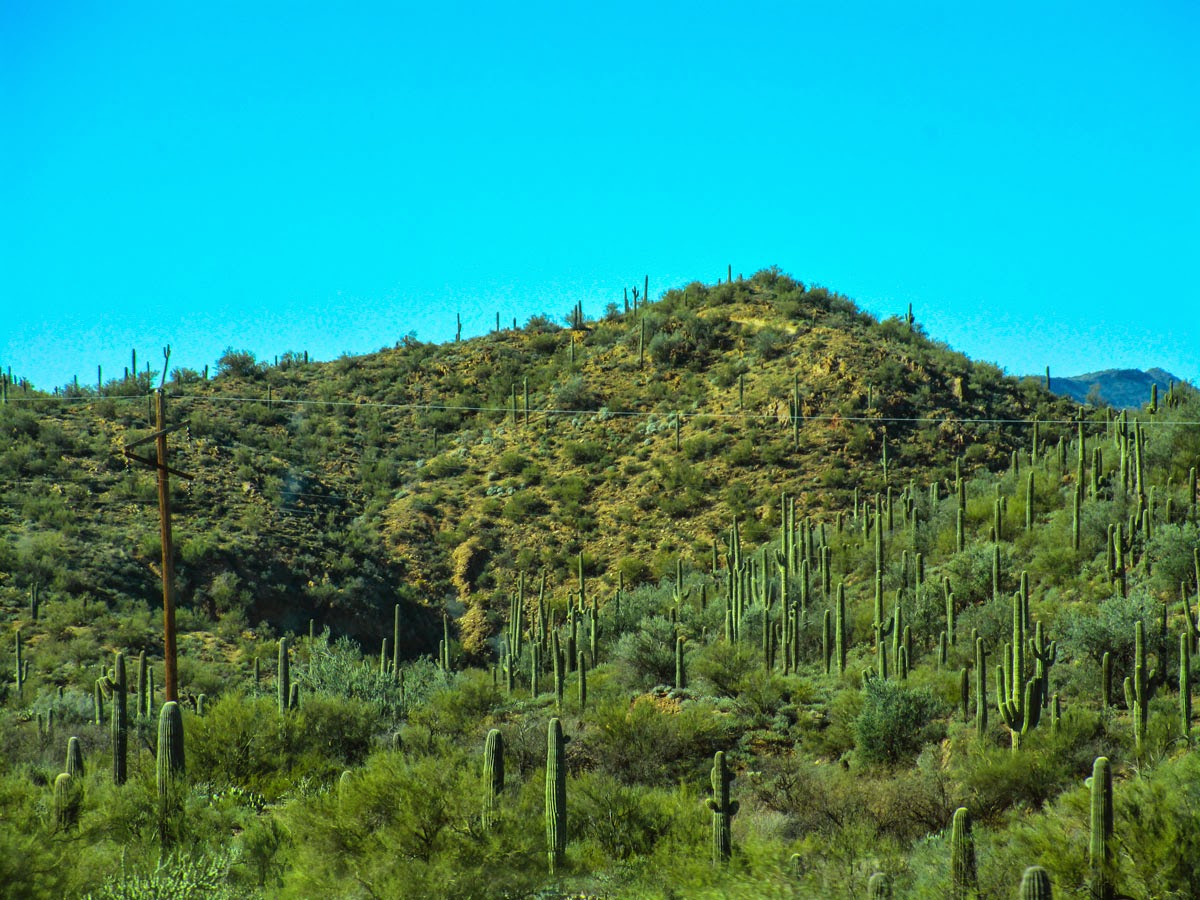 When I got close to Phoenix, I took the 303 Loop, which bypasses the big city traffic by going West and then South.  You can tell there weren't many cars ... in fact, there was practically NO traffic.  I just cruised on down the highway until I hit the three mile section that hasn't been completed.  Don't look for this on your GPS unit ... mine thought I was off-roading.  The arrow kept going, but there was no road in sight until I pulled out on to Highway 10 West.  I was saved by the Highway numbers printed on the roadway ... East was a right off the freeway, West was a left lane only!! 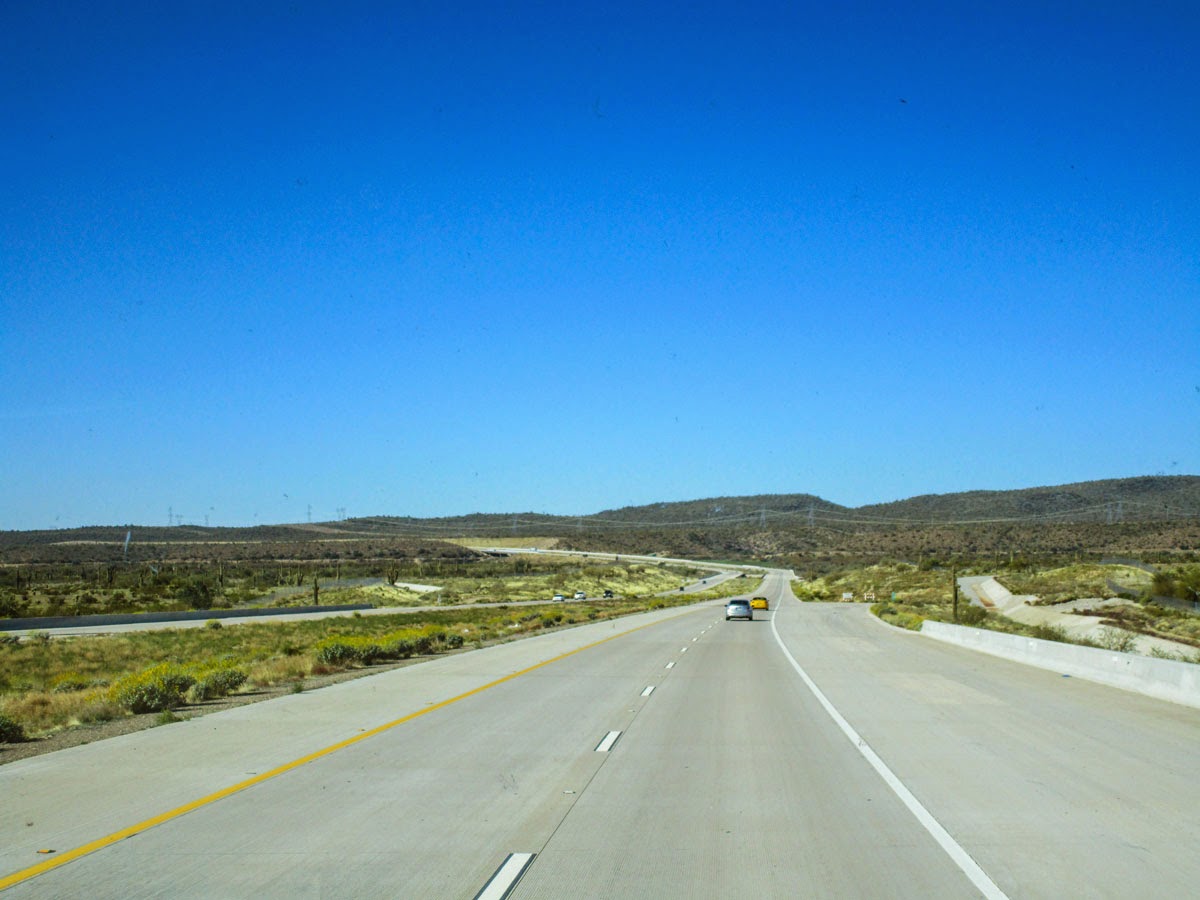 I stopped at a rest stop for the puppies, just in time to miss the dumb truck driver who didn't know where his brakes were, hit the offramp and screamed into the rest area at 45mph instead of the posted 15!!  He luckily screeched to a stop, but left his tail end sticking out so no one could pass behind.  The idiots were out in force!!

My three hour trip turned into a four hour ordeal due to all the construction, line painting and drivers who think they should stop on the on-ramps!! 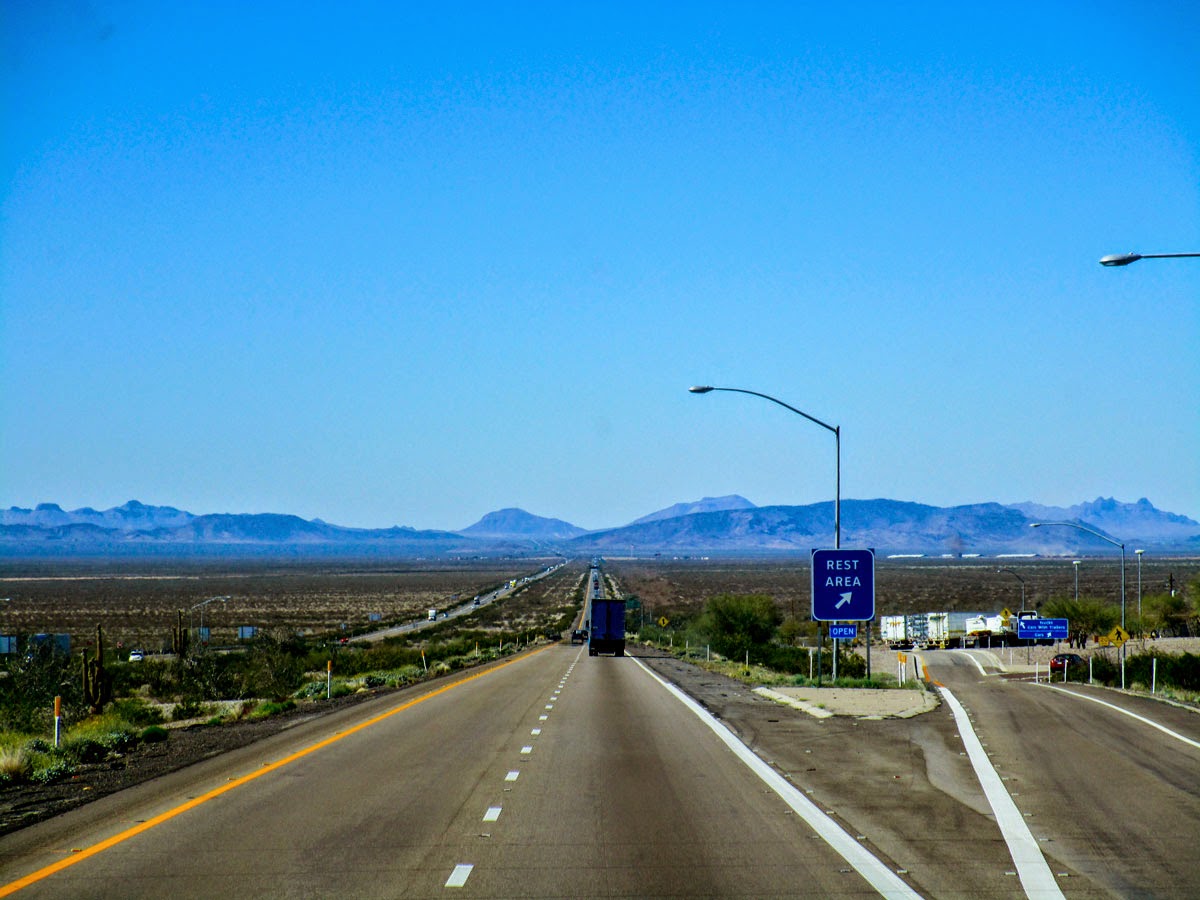 I finally pulled off in Quartzsite at Riggles Ave, went East to the Arco station where I got diesel for $2.55.  Easy in and easy out ... much better than the other end of town!  I planned on staying at the Park Place RV Park, as shown on Facebook by Judy Rinehimer.  The address turned out to be incorrect, as I pulled in to a less than acceptable, very OLD park.  Good thing I can turn on a dime, because that big tree was right in the way of me getting back out on the road.  I finally found the right place ... East of the Arco station.  For $25 a night, I have a 50 amp full hookup.  It's nice to be level for a change! 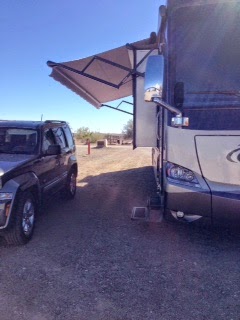 Unfortunately, Quartzsite is dead!!  There are a few vendors left, but VERY few!!  I did a drive by and was back at my rig in 15 minutes.  I'll hit the road again this morning, heading to Boron ... a 4 hour drive ... lets make that 5 hours!!