The back road to Columbia is a beautiful one, especially if you take a shortcut through the Red Hills.  With the recent rains, the flowers are in full bloom. 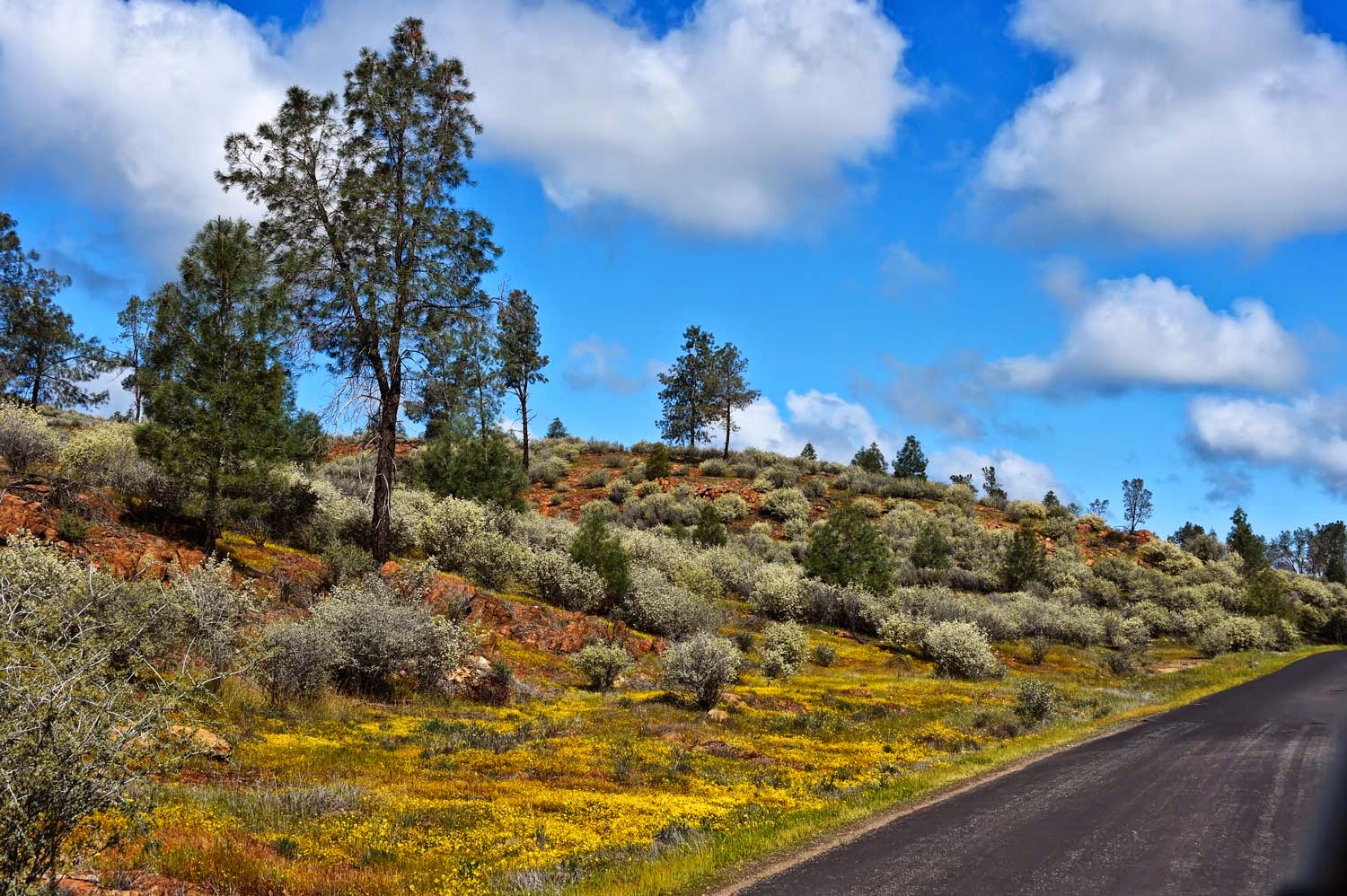 Lupine is thick alongside the road, which is NOT RV friendly.  It's a narrow single lane road with several steep "dips" allowing water to cross the road that will hang up your undercarriage leaving you stranded.  From here, you pick up Hwy 108 North to Sonora. 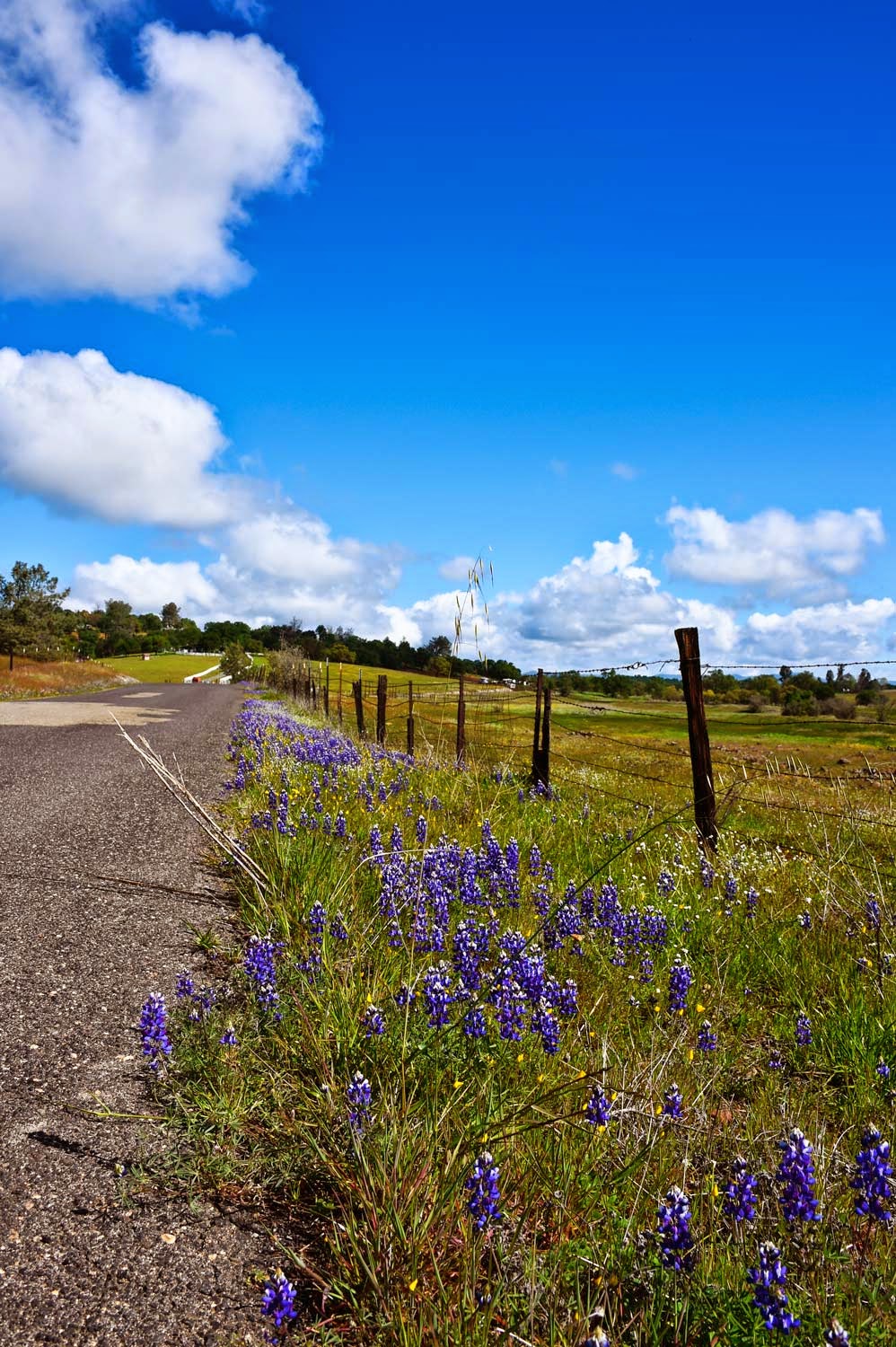 When I got to Columbia, the big parking lot was full, but if you continue up Broadway Street, you can park behind the City Hotel.  I was surprised to see a lot more buildings open for business.  It seems the Park Service is actually doing a great job of restoration and repair, allowing many new concessionaires to open.  They were also nice enough to provide me not only with a map showing the locations of each building, but a very old dog-eared copy of the history of each.  Since I'm all about the history, I'll provide a quick note on the most interesting buildings.

This is the Douglas Saloon ... built in 1851, it was the Columbia Market.  It burned in 1854!!  Fire seems to have been a real problem for this little town.  With all the buildings built of wood, they didn't last long.  The building changed hands, it was rebuilt of wood and burned again in 1857.  THIS time it was rebuilt of brick ... the building you see here ... and rented as the best saloon in California.  It had an aviary, many paintings, fish tanks, pool tables and also operated as a stage depot.  Every couple of years it changed hands, resulting in Seiberts Saloon, the American Saloon and finally the Old Stage Drivers Retreat, which stayed in business until 1954.  In 1968, it again became Jack Douglas' Saloon, which it remains today. 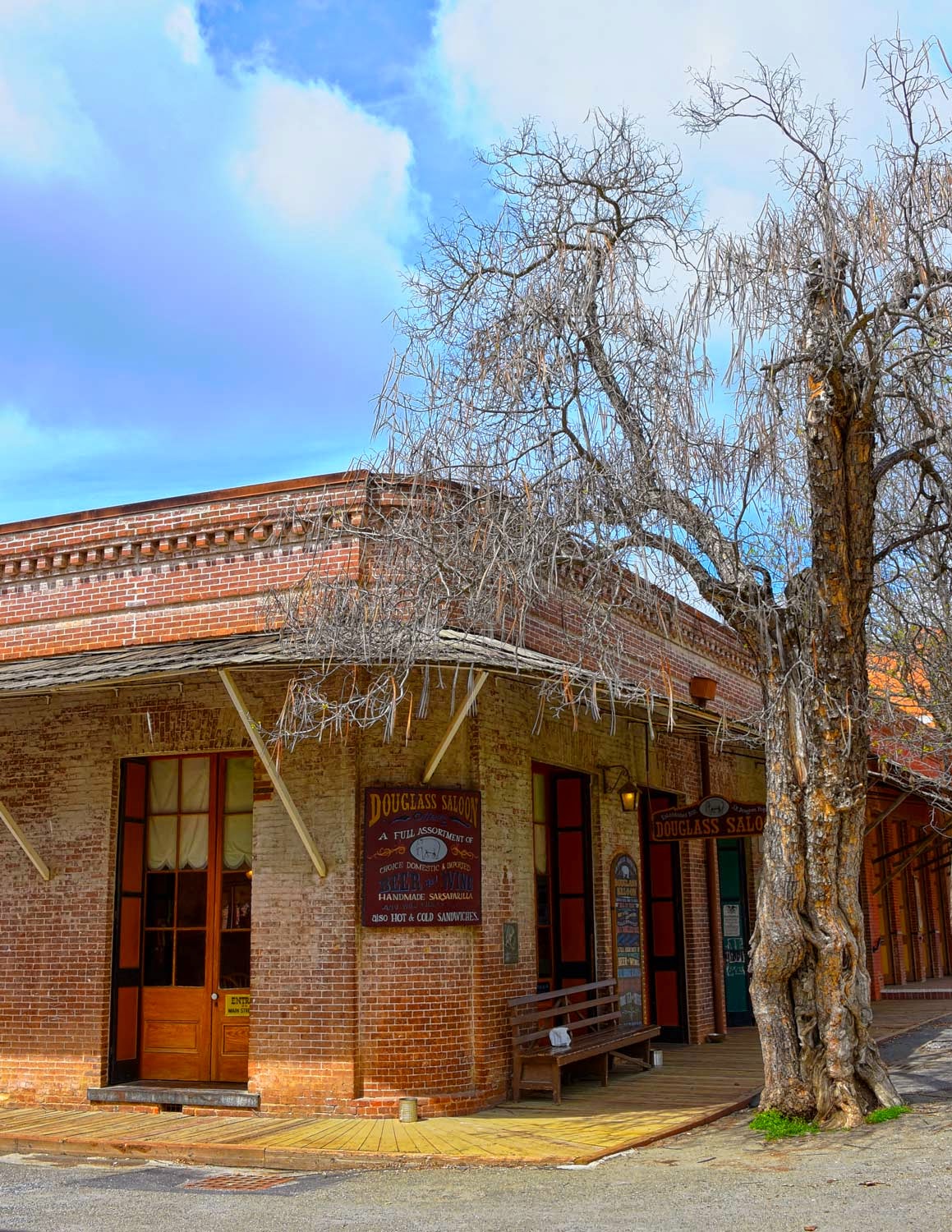 The Firehouse began life as a grocery store.  The mortgage was sold to three people in order to get the money required to build and operate the store.  After changing hands several times, it was sold to the Tuolumne Fire Company, later named Columbia Fire, who then moved to a larger building on Main Street.  This old building housed Papeete (a fire engine) which was eventually moved to the larger building, and Citizen (another fire engine).  Funny how they named their fire engines ... maybe after the people who paid for them???  The tall stand with the bell on top was used for hanging and drying the fire hoses.  Seems they were kept pretty busy with all the wood structures burning to the ground.  In many cases, the burned lots were purchased by miners who cleared the fire damage and mined for gold before selling them again to merchants. 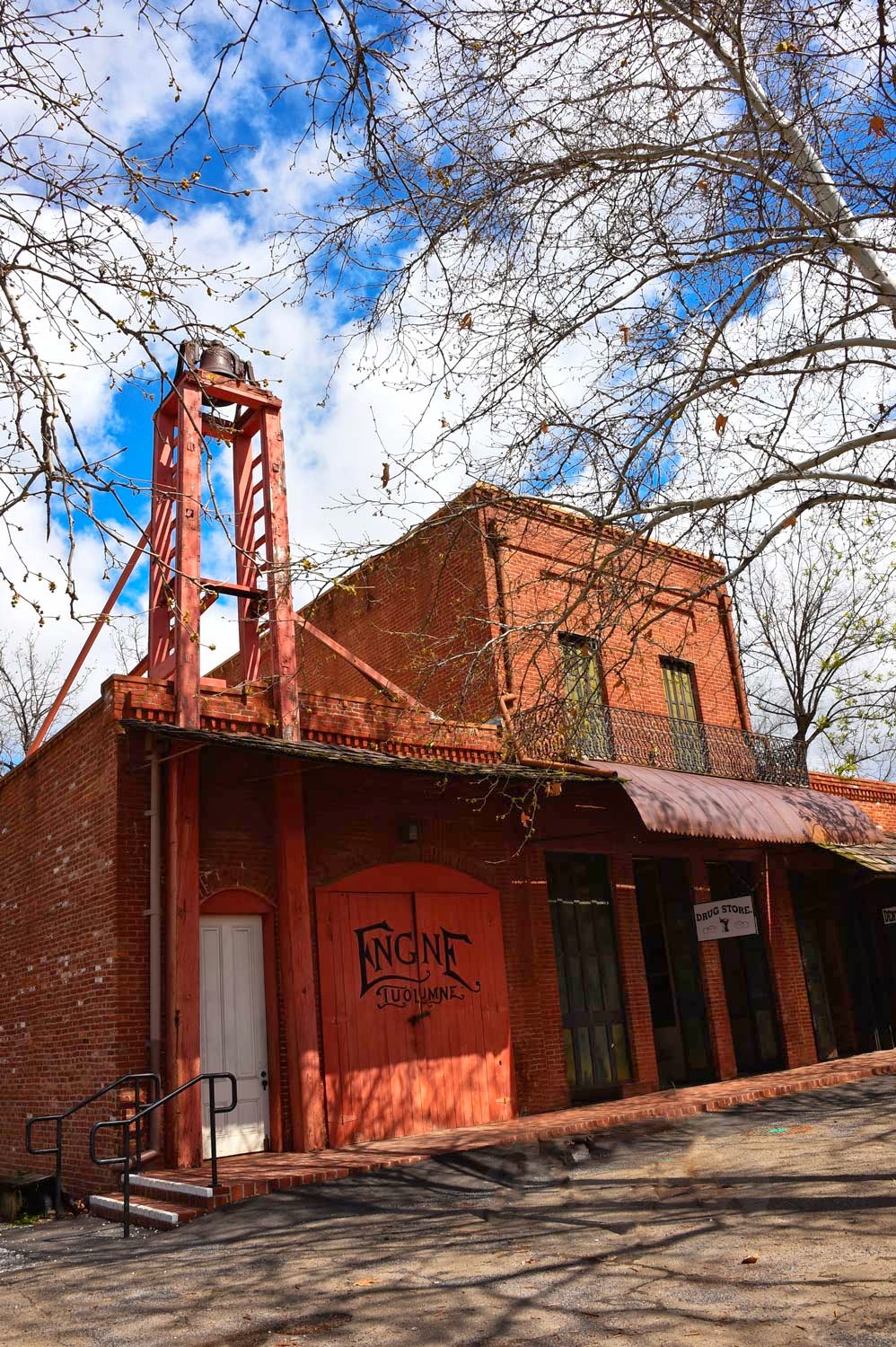 This was a surprise to find ... there was a German Bowling Alley in town, recreated here for your pleasure and fun.  You DO need two people however ... someone has to set the pins up. 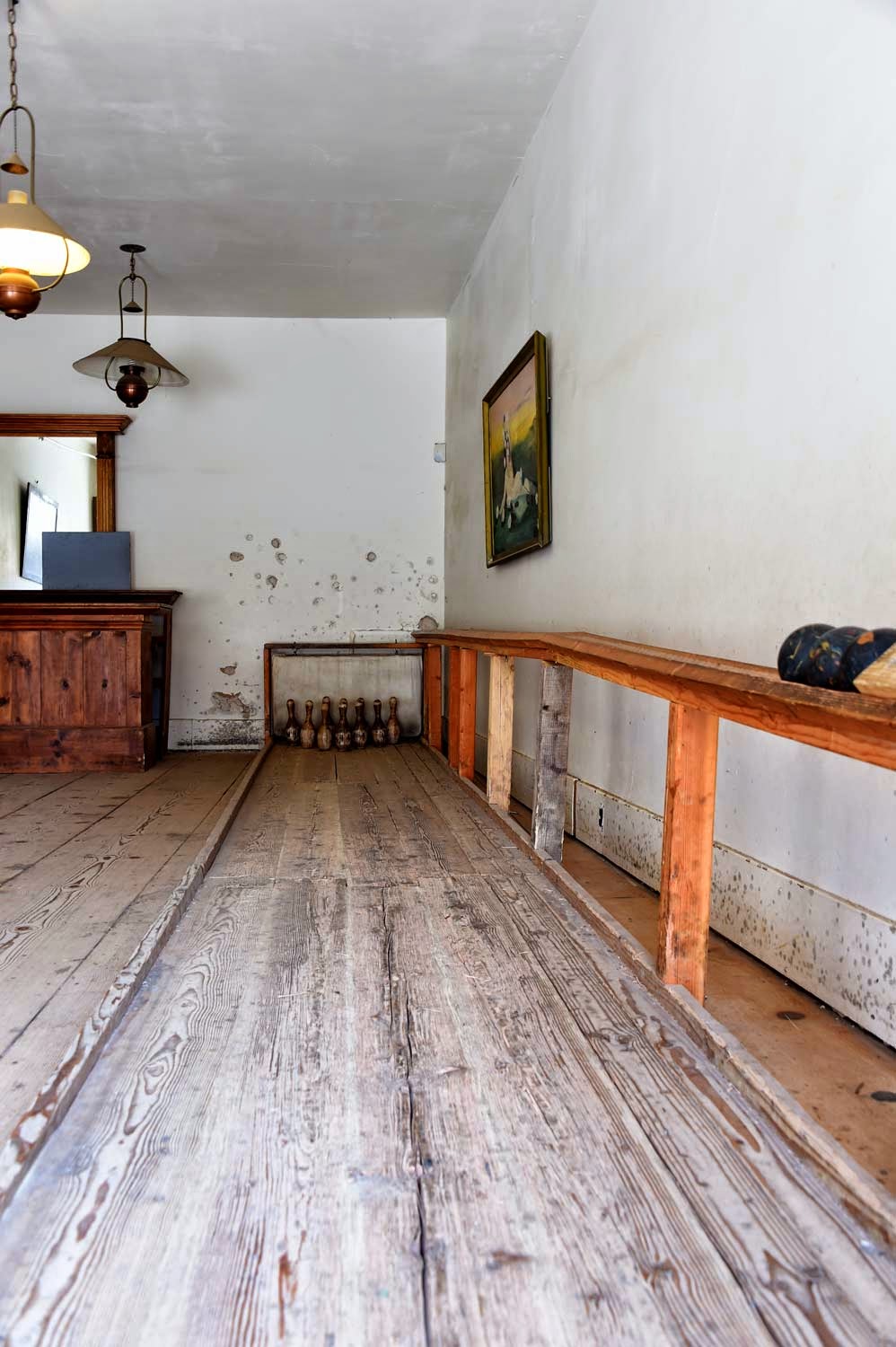 An update on poor Jessie.  If you're squeamish, don't look.  Her rather small tear ended up being quite a stitch job.  She's home now, happy as can be as long as you don't touch her.  The cone-on-the-head deal was a no go, so I'm just trying to keep an eye on her.  Her skin looks funny, but it's just the natural dalmation-like skin color under her hair.  She should be good as new in a couple weeks. 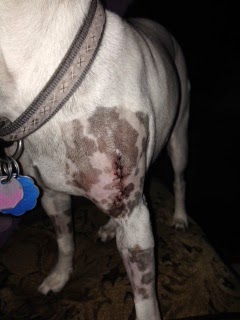 Posted by Nancy Kissack at 8:36 AM