Is Nick Russell In California??

According to Nick, publisher of Gypsy Journal RV Newspaper  and author of the Big Lake series of books in the Amazon.com Kindle Store, the rain follows him everywhere he goes.  California has been dry as a bone for some time, with everyone here hoping and praying Nick and Terry's travels as full-time RV'rs would bring them our direction.  The last I heard, they were in Florida somewhere, but I'm thinking they took a little sneaky trip into California.  Big rain storms have been hitting us for several days now, and this one is the biggest yet!!  We usually get an inch or two, but with this storm, the weathermen are predicting 4-5 inches, so people are grabbing sand bags and shoring up their water defenses.  I just wanted to say THANK YOU Nick!!  We needed this!!

All the people in my neighborhood have been putting up their Christmas lights.  The folks that owned this home before me must have done the same, because there were hangars all over the front.  Unfortunately for me, the paint job was a bad one and I was forced to have the entire trim repainted,  which meant they pulled out all the hangars.  That probably wasn't a bad thing, because to hang lights, I would need to crawl up a 20 foot ladder.  Then I would have to leave them up year round because they are so pretty, tagging me with the title of "Redneck", so it's probably for the best that there will be no lights for Nancy.

Patty Chance put her tree up over Thanksgiving, with the cutest ornament I've ever seen.  What cat does this???  Apparently it didn't take two seconds for Miss Snoopy (can you guess how she got her name?) to climb up the tree.  This could end up being hazardous to someone's health!! 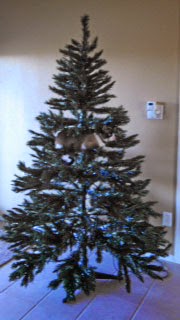 Truly wanting to be a part of the decorations, as soon as Patty unloaded the box of ornaments, she jumped right in!!  Miss Snoopy-drawers was a pretty scared rescue kitty in the beginning.  It's so much fun to see her personality come out as she takes total charge of the Chance household!! 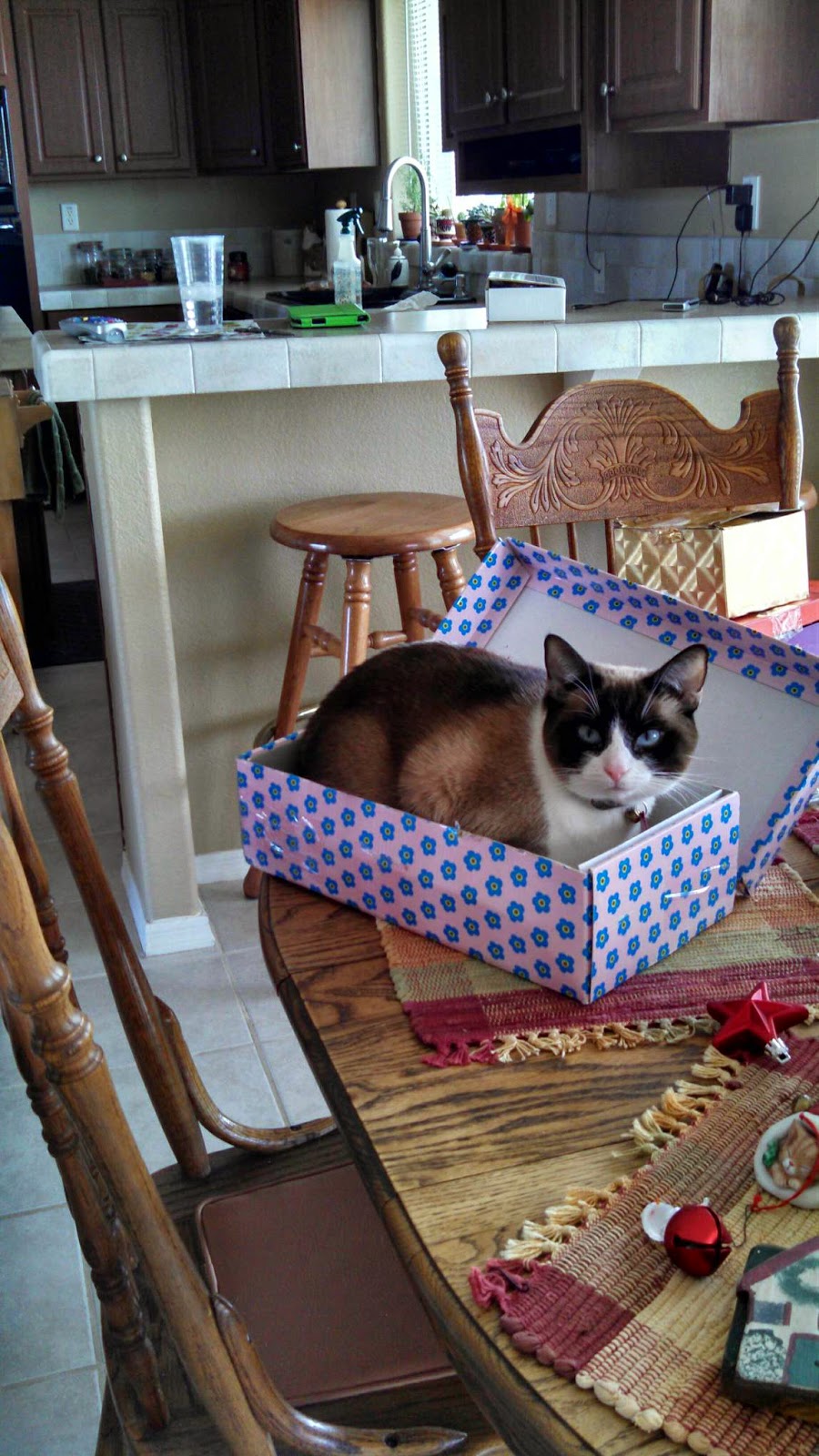 For my RV friends, I was able to contact Jim from Mobile RV Maintenance yesterday.  He was recommended by Redlands Truck and RV Repair as one to service my rig while we're parked at the FMCA rally in Indio.  He will change the oil and fuel filters and service the entire rig, PLUS my generator right where I'm parked!!  How cool is that??  His prices are listed on his website MobileRVMaintenance.com in case you too need service.  VERY nice guy and comes highly recommended!!

One last thing ... did you know there was ANOTHER murder in Ferguson??  Funny I haven't heard hardly anything about THAT one.  I don't think there was rioting, looting and burning because of THAT murder, and it was the senseless killing of another black youth.  This time however, it wasn't by a police officer, so no one can play the race card, making it last page news.  It seems to me that card is played when stupid decisions have been made ... but they were YOUR PERSONAL DECISIONS.  YOU made the decision to skip school, hang with the wrong crowd, steal, use drugs and fight the police.  Whether black or white, it's those personal decisions that got you there ... so don't try to blame the rest of us because you are broke, live in a dump, are unemployed and don't think you have to follow the law.  Stop blaming everyone else and put the blame where it belongs ... on YOUR head!!  If you want a better life, YOU have to make the decision to find it.  Too bad Obama doesn't put THAT in his speech!!

Posted by Nancy Kissack at 7:45 AM